Founded in 1973, the Deerfield wrestling program has a proud tradition, twice winning the New England Championship title. In the past two decades, Deerfield wrestlers have captured many individual titles at the Class A Tournament and New England Prep School Championships. Deerfield’s varsity and JV squads practice together on two full mats for 90 minutes each day in the Kravis Arena. The 16 varsity matches, traditionally held on Wednesdays and Saturdays, include a mix of dual and quadrangular meets against rivals such as Northfield Mount Hermon, Choate Rosemary Hall, Phillips Andover, Loomis Chaffee, and the team’s archrival, Phillips Exeter. In addition to the league and New England tournaments, the team also competes at the National Prep School Championships at Lehigh University. JV wrestlers grapple in informal jamborees and in a season-ending invitational tournament. A number of Deerfield wrestlers have gone on to compete in the collegiate ranks, appearing on the rosters at Boston University, Williams College, the University of North Carolina, and the University of Iowa, where the legendary Dan Gable coached. 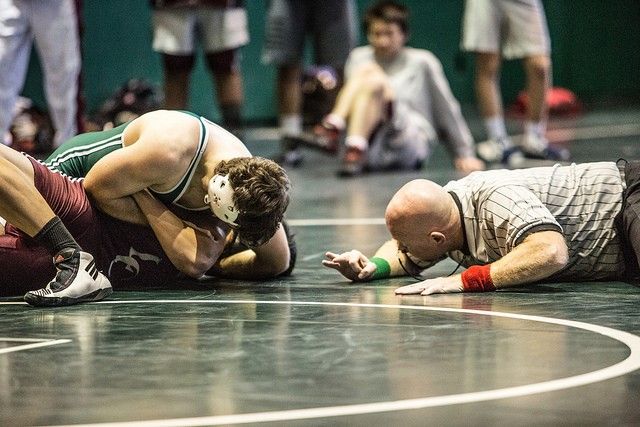 Deerfield Tournament on Saturday, 1/14/17 – Click HERE for the schedule.