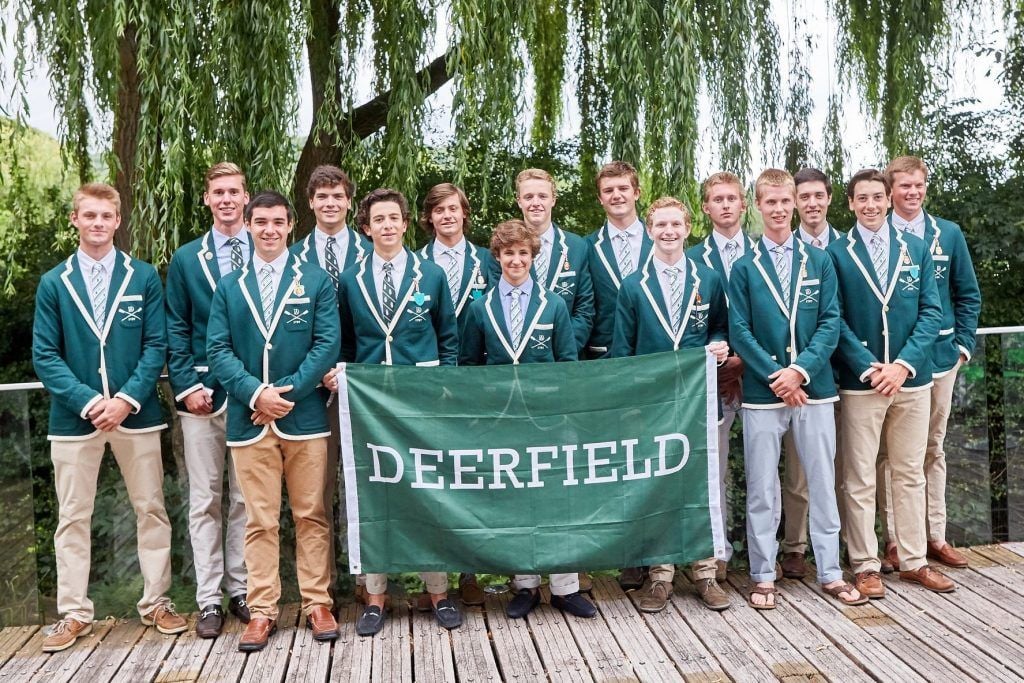 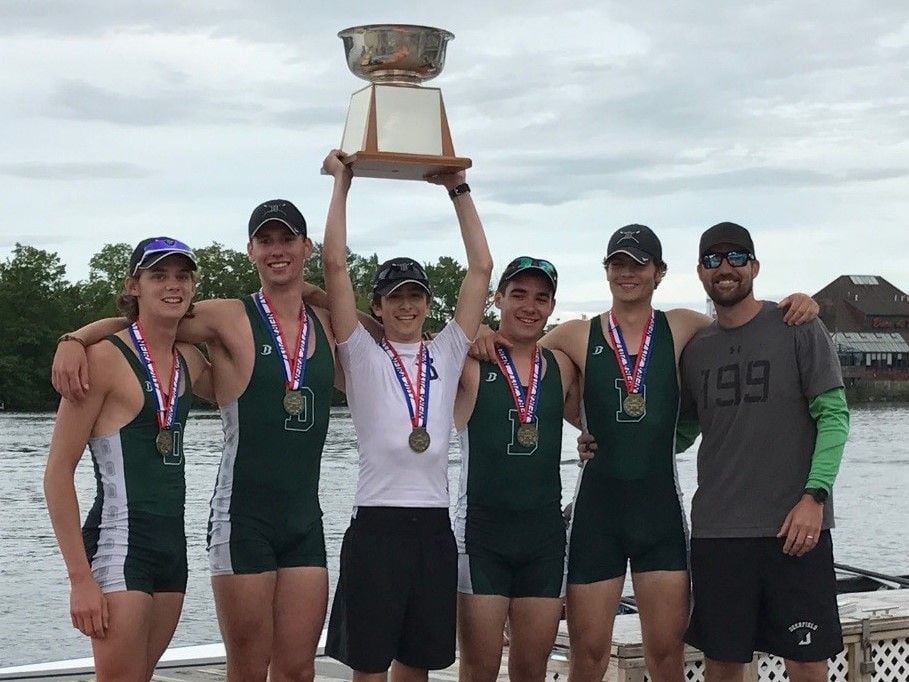 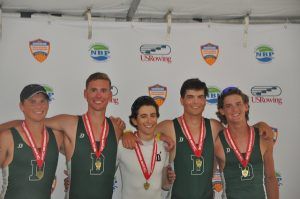 Since 1984, the Deerfield Academy Boys’ Rowing program has been logging miles on the beautiful Connecticut River in their endless pursuit of excellence. Through a combination of hard work and relentless drive in a fun and supportive team environment, the boys program has established itself as a perennial contender in the ultra-competitive New England Interscholastic Rowing Association (NEIRA) and on the national stage at the US Rowing Youth National Championships.

While the competitive season is in the spring, many of our aspiring oarsmen will have the opportunity to learn the basics of the sport during a fall novice season. This five day per week, non-competitive co-curricular offers our students the chance to try a sport that may be completely new to them under the careful guidance of our varsity coaches. By the end of the fall, they will have developed an understanding of the fundamentals of rowing while engaging in a basic training program that will have exposed them to the physical demands of the sport. Armed with this experience, they will be prepared to make an impact on the competitive team later in the year.

The spring season begins for many of our athletes during the second week of our March break when we meet in Florida for a training camp. A week of two or three sessions per day under the warm Florida sun is a great way to build momentum for a race schedule that will run from early April through the end of May. Upon returning to Deerfield for the start of the spring term, the team will spend their afternoons at the Hammerschlag Family Boathouse, located on the banks of the Connecticut River, a quick ten minute drive from campus. Our regular season features weekend competitions against other league teams in the lead up to the NEIRA Championships at the end of May in Worcester, MA. Postseason race opportunities include the US Rowing Youth National Championships and Henley Royal Regatta. 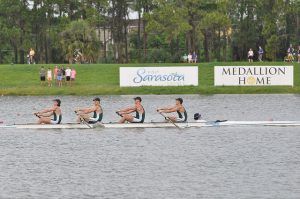 Beyond their time at Deerfield, several of our rowers have earned medals for the USA at recent Junior World Championships, while others have raced to summer championships at the US Rowing Club National Championships and Canadian Henley.

Graduates of the Deerfield Rowing program have continued their academic and athletic careers at some of the top colleges and universities in the United States, including Brown, Harvard, MIT, University of Pennsylvania, Princeton, Yale, Williams, and others.