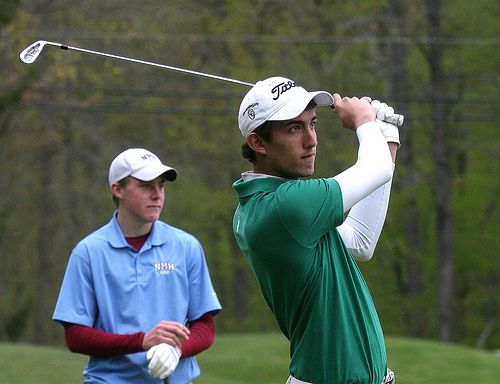 Since 1970, when the golf program was established, Deerfield has had a very successful record in golf.  We have traditionally fielded two teams in the spring, varsity and junior varsity.  Each team consists of eight players, and matches normally follow a stroke play format with the best five scores counting out of six. While most of the present members of the program are boys, we encourage girls to become involved as well. Our schedule is a challenging one, with the varsity team playing in two major tournaments each year, the eight-team Andover Invitational Tournament played at the Newport Country Club, and the 23-team Kingswood Oxford Invitational Tournament at the end of the season.