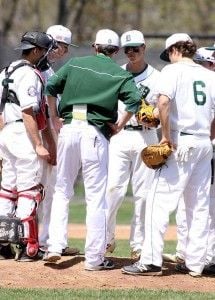 Baseball is entwined in the rich traditions that define Deerfield Academy.  Headmaster’s Field sits in the middle of the campus, a testament to the legacy of Headmaster Frank L. Boyden, who not only coached Deerfield Baseball, he played alongside his students when the team was shorthanded in the early 1900’s!  Today, Headmaster’s Field, designed and constructed with the help of Mark Actman, designer of Coors Field (home of the Colorado Rockies), is a magnificent playing surface.

Deerfield participates in the Central New England Prep School Baseball League (CNEPSBL).  The league is one of the strongest conferences in the Northeast, featuring a level of play that stands out among secondary schools, public and private.  Among the distinctive features of the schedule are Saturday doubleheaders.  In 27 years of league play, Deerfield has reached the postseason tournament 20 times, with 4 championships, the most recent in 2009. 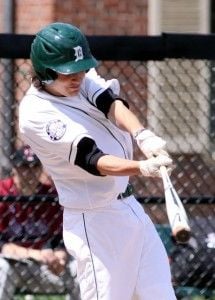 Deerfield takes a Spring Training trip to Florida in March.  During Spring Training, the team practices and plays at least twice per day.  The trip is physically demanding, baseball oriented, and builds team bonds.

In 2018, Deerfield Baseball began a new era, with a new head coach, Coach Moriarty, and with renewed energy.  Deerfield Baseball takes the field each every season with two primary objectives: First, to compete; Second, to build a baseball culture worthy of the heritage that defines Deerfield Academy.  We encourage our players to be multi-sport athletes, and find that those who play multiple sports have the most satisfying experiences.

Among Deerfield’s prominent baseball alums is Mike Trombley ’86, who enjoyed an 11 year MLB career, mostly with the Minnesota Twins. Deerfield graduates matriculate to college baseball at all levels, Division I, II, and III.  Most importantly, we develop student athletes, work with players to manage expectations, and provide support for those who aspire to play in college.