Peter Tuckerman Esty, beloved family member and friend, leading educator and head of several independent schools in the US and abroad, died peacefully on November 15, 2020 in Danvers, Massachusetts, of complications resulting from strokes. He was 83.

After graduating from Amherst College in 1959, Mr. Esty worked for just over a decade in business, first in sales and advertising at General Foods Corporation in White Plains, NY, then as a broker and partner at the real estate firm Brotherhood and Higley in New Canaan, CT. At age 34, after vacationing with his brother John and a cohort of his educator friends, Mr. Esty acted on their inspiration and took up what would become his calling for the next fifty years.

Following a yearlong masters program at Harvard Graduate School of Education, Mr. Esty worked for eleven years at his alma mater, Deerfield Academy, in Deerfield, MA, primarily as an English teacher, then as Dean of Faculty. It was perhaps his work directing the Alternate Studies program at Deerfield, with its focus on senior projects and academic-year and summer programs in and out of the US, that fueled Mr. Esty’s passion for experiential and international living and learning. He took a one-year leave (1976-1977) during his Deerfield stint to move with his then-young family to Rennes, France, where he taught English to American high schoolers in the School Year Abroad program. That year, which included much travel in and out of France with both his students and family, was revelatory and kindled a decades-long relationship with School Year Abroad that saw Mr. Esty assume various positions, from Interim Resident Director in Viterbo, Italy (2004-2005), to founding Interim Resident Director in Hanoi, Vietnam (2009-2010), and board membership and chair roles in between (2005-2011).

After his time at Deerfield, Mr. Esty embraced a welcome and exhilarating cultural shift when he became Head of School at Packer Collegiate Institute in Brooklyn, NY from 1982-1989. His passions for urban diversity and school leadership ignited, Mr. Esty departed New York for San Francisco to head San Francisco University High School for the next seven years. This move sparked a three-decade love affair with, and intermittent residency in, northern California, which nourished Mr. Esty’s unquenchable desire for exploration and adventure. That wanderlust later led Mr. Esty to serve as a one-year Interim Head of The Dalton School in New York, then head of Greens Farms Academy in Westport, CT for five years. Back in California in 2003, Mr. Esty connected with The Bay School in San Francisco for two separate yearlong consultant roles and also became Interim Head at Branson School in Ross, CA for two years. From 1989 forward, through all the far-flung school work, he and his wife Happy kept primary residence in San Francisco, Sausalito, then Santa Rosa, CA until the final months of his life.

Throughout the arc of his career, Mr. Esty was often at the vanguard of much-needed transformation in independent schools, including the clear imperative to advance access, inclusion, justice, and equity in historically homogeneous institutions. His work bridging gaps and dismantling barriers perhaps galvanized in his 1990s leadership, alongside committed San Francisco University High School colleagues, of the Summerbridge National Project (renamed Breakthrough Collaborative).

Mr. Esty served as a trustee or advisor to countless schools and educational non-profits, including Camp Agawam in Raymond, ME; Eaglebrook School in Deerfield, MA; Foote School in New Haven, CT; Hamlin School, Leadership High School and Marin Academy, all in the Bay Area; Global Citizen Year, based in Oakland, CA; and multiple national and state independent school leadership boards. He also inspired and mentored many devoted new and aspiring educators throughout his lifetime.

School colleagues and collaborators cite his openness to possibility, his “rare art” of sharing both “buoyant optimism and positive spirit.” He operated with candor, “even if the message was difficult,… [he could] do that with heart and good will.” A one-time colleague and lifelong friend wrote to Mr Esty in his final days: “You have such an exuberance for life… new adventures, people. Your fabulous laugh, offered easily and generously, made others find the humor in the moment. Your belief in people, sometimes [for] longer than they deserved… remind[ed] the rest of us to look for the best in others. But you were also direct, [which] kept things down-to-earth and real, when you saw things you did not like or respect. Your heart is huge and, along with your sense of adventure, [so] is your kindness.”

It was Mr. Esty’s winsome blend of irreverent, playful silliness with deep concern and support for others that endeared him to family, friends, and colleagues alike. He reveled in gatherings and social connection; books, arts, architecture and the exchange of ideas; map study, trip-planning and travel. He laughed readily, often uproariously and to tears, not infrequently at New Yorker cartoons, outrageous children’s stories, and himself. His extraordinary partnership with Happy in many ways mirrored their pedagogical values, and was forged through trust, teamwork, shared belief in experience, humanity, multiculturalism, and fairness. Their travels bound all these together, and the two were happiest on the road, with family, friends, students, various dachshunds, and each other. Their journeys and home front lives were sprinkled always with music, forays into the natural world, appreciation for beauty in all its forms and the sustenance that beauty bestows on all humans and our relationships with each other. Always deeply loyal, Mr. Esty was incomparable in his valuing of friendships and relationships, where his humanity and love of life most thrived. Throughout his life, he planned travels around people, once during retirement even spending six months in a conversion van slowly crossing the United States with Happy. They spent no nights in hotels; instead, slept occasionally in their camper, but far more often at the homes of friends they’d known since college or just a short while. So they moved from state to state. He adored time with his family, especially in recent years with his grandchildren in their young adulthoods, ideally on Monhegan Island, ME.

Mr. Esty is survived by his wife and co-adventurer of 57 years, Athalia Barker “Happy” Esty, their three children Jay (and Susan, of Andover, MA), Tuck (of Seattle, WA), Leila Poutiatine (and Peter, of Tetonia, ID), and by five grandchildren, Charlotte and Athalia Esty, and Cameron, Isabella, and Natasha Poutiatine. His three brothers, John, David, and Charles, predeceased him. He was an uncle to twenty-four and a great-uncle to thirty-six.

Mr. Esty’s family will wait until the pandemic passes to celebrate his life at a location to be determined. The Esty family hopes that any who are moved to donate in Peter’s memory do so to a local educational program or school that serves young people well in your community — especially those whom society serves poorly. 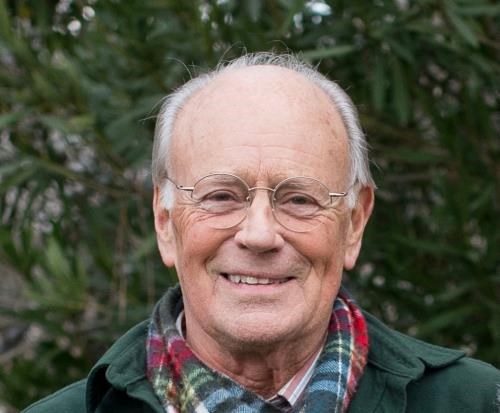