News from The Great ’58 for Deerfield Journal, February edition, 2016

RE: News from The Great ’58 for Deerfield Journal, February edition, 2016

Thank you, Class of ’58, for your generous response to our calls and cards.

Sackett Cook: Glad to hear Dave Knight is going to be keeping things on the up and up at one of the New Hampshire polling places!
I did that about 30 years ago in Baltimore in one of the tougher neighborhoods. At the moment I am in residence in Boca Grande, Florida, where we spend most of the winter months. We get back to our little summer community in Nonquitt, MA, usually in early May. I am still working in the insurance industry as an insurance broker. Although I have clients all over the east coast and southeast, my office continues to be in Baltimore where we continue to maintain an apartment. I am in a niche business where we specialize in insuring charter buses, school buses, limousines and other types of vehicles that are for hire. This all keeps me pretty busy with lots of travel, a good thing as we have 13 grandchildren all over the country who keep us busy trying to catch up to them when we can. Still playing some lousy golf. Hoping another knee replacement this coming summer will get me back on the tennis courts. I guess this about sums it up.

Steve Fowle: Betsy and I have been retired and living in Hancock, NH full time since 2008. We have been married for nearly 52 years and have 3 children and 6 grandchildren living in three different corners of the country. We love to travel overseas and especially to visit with family, but we also enjoy the quiet life at home in Hancock and the Monadnock region. We are dealing with some health challenges, advancing age and NH winters but hope to get away soon and be able to travel as long as possible. Meanwhile I’m off to vote, First in the Nation!

Dan Farthing: These days my wife Diane and I get a great deal of enjoyment just by taking our two daily walks in the local neighborhood, totaling about 3 miles. Keeps the dog healthy, keeps us somewhat healthy, and we usually run into a neighbor or two that we know, since we’ve been doing this walk routine for 25 years or so.
Much to our financial misfortune, we have recently discovered that we enjoy ocean cruising. We just finished our second cruise and have three more booked! I am in the midst of reading Atul Gawande’s book Being Mortal, which everyone, especially everyone our age, should read.

Bob Murray: My wife, Meredith and I are still full time Realtors with the Corcoran Group in Westhampton Beach selling luxury homes on the East End of Long Island. We live in Quogue NY, my old hometown and love every minute of our active life. I still play tennis, golf and sail and have recently taken up bridge. Oh, how I wish I had listened to Harvey Webster and taken up bridge when I was a lot younger! We have three wonderful daughters and six grandchildren ranging in age from 4-22! Big events planned for this year include a trip on a chartered small ship, the M.S. L’Austral, April 23-May 1 to see Bordeaux, Brittany, London, D-Day Beaches of Normandy and Guernsey Island. The next event after that is a family reunion to celebrate Meredith and my 50th wedding anniversary. We will be assembling our entire family at Skytop Lodge in Skytop, PA on Sept 2-5. Life is good!
Roger Hoit continues to practice architecture with his devoted wife Nancy from their home office in Hingham, MA: ” Tending 15 projects, 5 each in design and schematics, construction drawings, and construction, mostly snappy houses.” Roger is active in tennis and golf, holding records at Eastward Ho Club, near their summer place in Chatham, MA. Son Roger, Jr. missed the US Senior Open final cut by two strokes, playing while holding Executive Director post with Moelis, NY investment bank. Entrepreneurial daughter Sarah is building Connected Living, for aging inquirers, having just released her new app with Apple called EVER. Check it out. The Hoits have weakness for wildlife and Democratic politics.

Jim Guest has retired from Consumer International, the advocacy organization affiliated with Consumer Reports, which Jim led for 22 years, 14 as CEO. ” We influence the buying choices of about 8 million readers.” Jim and wife Penny, a consultant to non-profits, have a teaching son in film and daughter working on Martha’s Vineyard, where they spend summers. “I have taken up tennis again, and (surprise) everything works more or less.”

John Bales and bride Jane of 50 years live in Jenkintown, PA which allows John two days a week as an active 22-year-Trustee of his favorite institution, The Academy of Natural Science in Philadelphia.
“The Academy is now merged with Drexel University, serving as a museum, think tank, and lab for graduate and UG studies 24/7. Our programs reach over 78,000 students each season. In addition, we initiated a new academic major, the BEES program, for Biodiversity, Earth and Environmental Science serving 140 undergraduate students annually. It’s breathtakingly good!” John just returned from his winter sojourn in Barbados, “near Geriatric Cove”, and celebrated his 50th wedding anniversary with Princeton classmates in Boulder Colorado. The Bales have three daughters: “Trish, landscape architect in Hingham, MA (working with the Hoits), Liz, a Philly Vet, and Sue, on the U. Wisconsin faculty, specialist in American Religious Studies.”

Jeff Urstadt, has managed real estate here and there from NYC to the woods of Vermont “when not sailing to the islands and down east.” His legs were good enough to climb Mount Kilimanjaro this year, the highest mountain in Africa (19,341 ft). “Breathing at altitude was tough.” Urstadt “splits his time between NYC and South Royalton, VT and the company of his children Jordy, a Zurich, SZ entrepreneur with a startup for investors and advisers; Bryant, feature editor for Bloomberg News; and Beth, an arts lawyer in New York.”

Bill Webster spends three months a year (guess which) in Bonita Springs, FL. perfecting his 28-handicap golf game. The rest is spent in Portland, ME working on new technologies from his wharf side office on the harbor. Of late, “Harvey” has been making sense out of scents, designing applications and markets for synthetic smells and scents (think IFF) which engage his talents as lawyer, entrepreneur, developer, and diplomat to fund and launch his next enterprise. He gives time to his three daughters and a son: “Nancy is with the Yale faculty posted to Bali and Singapore, Edith and Lindsay are running things in DC, and Chase holds down different assignments for the Chicago Airport.”

Bob Duvall has taken leave from his home in Albany, OR for some down time in Hawaii. He was bemoaning the wave of political correctness that is washing over the country and particularly our educational institutions. He is upset with the trustees of his alma mater, Amherst College, for unloading their mascot, Lord Jeffrey Amherst, because of his alleged treatment of certain American Indians. He understands that the Lord Jeff Inn in Amherst is in the process of changing its name. (the Inn is owned by the College). Bob was wondering whether the Town of Amherst will be getting a new name in the not too distant future. Any suggestions from the Great ’58 would be welcome! 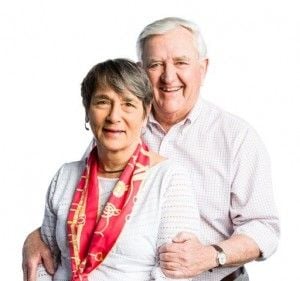