The number of spontaneous responses to the announcement of Mr. Merriam’s passing reveal the pervasiveness of his stature in all of us during our formative Deerfield Days. Here are a few ‘55ers’ recollections of our devoted mentor:

Bill Morton: “Bobby was one of a kind–a big influence and mentor to many of us. Never have I heard of a teacher, coach, headmaster, or president of an academic institution eliciting the volume of unsolicited responses from one class almost 60 years after graduation!!! And from many who had not experienced regular interaction with Bob as under-graduates!!”

Erik Esselstyn: “No question a memorable influence on every DA boy he worked with. Over the years I heard classmates speak of his lasting impact in English class and many of us will remember him from soccer, hockey, or lacrosse.”

Ward Elliott: “Seems to me there’s a yearbook picture of him debating us as sophomores on the topic, “resolved: that the U.S. should attack Russia immediately.” Students had the affirmative and were spoiling for a pre-emptive strike on them before they tried one on us. Bobby Merriam recalled his visit to Hiroshima after the war, with outline shadows of nuclear victims still visible on the walls. I thought he was very vivid and eloquent, especially as the toughest guy in the room, and the strongest voice on the faculty team, but I can’t guarantee that he and the faculty won the day with the crowd. The yearbook pictures of the students and him are entitled, respectively, “Smilers never lose, frowners never win.” After he left Deerfield he had a boutique bookstore in New Hampshire. I bought a fat Shakespeare Concordance from him, mail order, asked him if he was THE Bobby Merriam, and he turned out to me the very man. It was nice to hear from him. I toyed with the idea of renting a canoe in White River Junction and paddling it down the Connecticut and up the Deerfield to our 50th, which might have permitted a meeting with him in person. But there were too many dams and portages for it to be much fun, and I left it for others. I was way too low in the sports hierarchy to have had Merriam as a coach, but not too low to remember him as a legend, miss him when he’s gone, and admit that his side was right in the debate. A nuclear assault on Russia — and I think it was Russia in the prompt, not the Soviet Union – might not have been such a smart move after all. But maybe I would have to check that first with Ellery Stone. Sorry he’s not here either, or Jim Stanley or Floyd Moloy. They were the best. I’ve got a remembrance book of Jim with pictures and reminiscences and some of his cartoons from the Harvard Lampoon.”

Al Hobart: “What a fantastic leader and coach. In a life-time of coaching and being coached he was absolutely special.”

Dick Cadigan: “Thanks for the notice – a true character – among the Deerfield legends ! Hope all are planning on 60th ! Hope we all live as long.”

Brady Coleman: “Most coaches TELL you how to perform – Bob was out there DOING it. A winner. Yes, for # 60!”

Frank King: “I did not play the Merriam sports so I did not benefit from Bob’s day to day coaching skill. I remember him welcoming my shaky skill to the Sunday afternoon lacrosse pick-up games. Always encouraging and positive. I often suspected he was trying to lure me into the lacrosse program, although in retrospect, I cannot imagine why. No classroom connection either, but I could count on him for wise advice junior year in the Old Dorm. I have often wished he could have had a shot at the Headmaster’s chair during his illustrious career in education. If the success of a school is the quality of its faculty, and it is, Bobby Merriam was at the top of a sterling collection of teachers, coaches and administrators.”

Tom Nuzum: “It was said that Bobby Merriam and Rocky Marciano were New England’s greatest athletes of the era.”

Jack Collins: “He was a great man.”

Jerry Rood: “I’m saddened by the passing of Bob Merriam. He was an outstanding leader, teacher and coach.”

Jim Scott: “I feel, as so many of our era do, that Bob Merriam had a significant impact on us during our tenure at Deerfield. I had the good fortune to be on his JV lacrosse team in spring 1954. It changed my athletic experience for years to come. What a leader, teacher, coach, mentor. I feel it a honor to have shared those experiences.”

John Moran: “Stern as he was, I always liked him. He was raised in Greenfield, around the corner and up the hill from my parents’ home. I shall keep him in my prayers.”

David Duclos: “Thank you for letting us know about Bob Merriam’s death. I won’t be able to attend the service in Deerfield, but will be remembering him that day.” 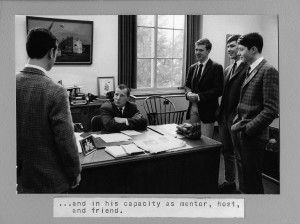 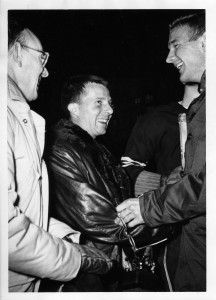 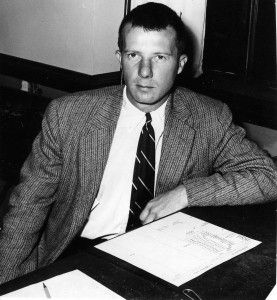 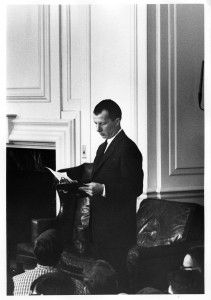 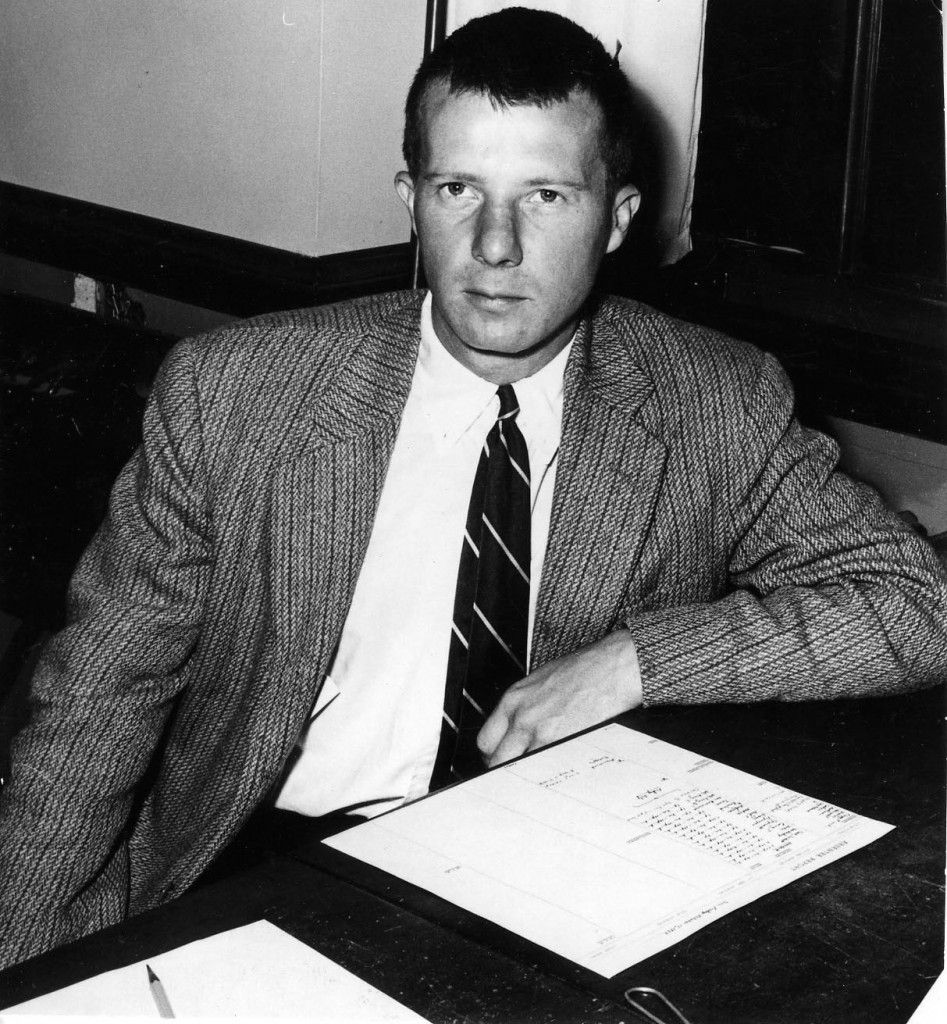