Jordan #7: Past and Present 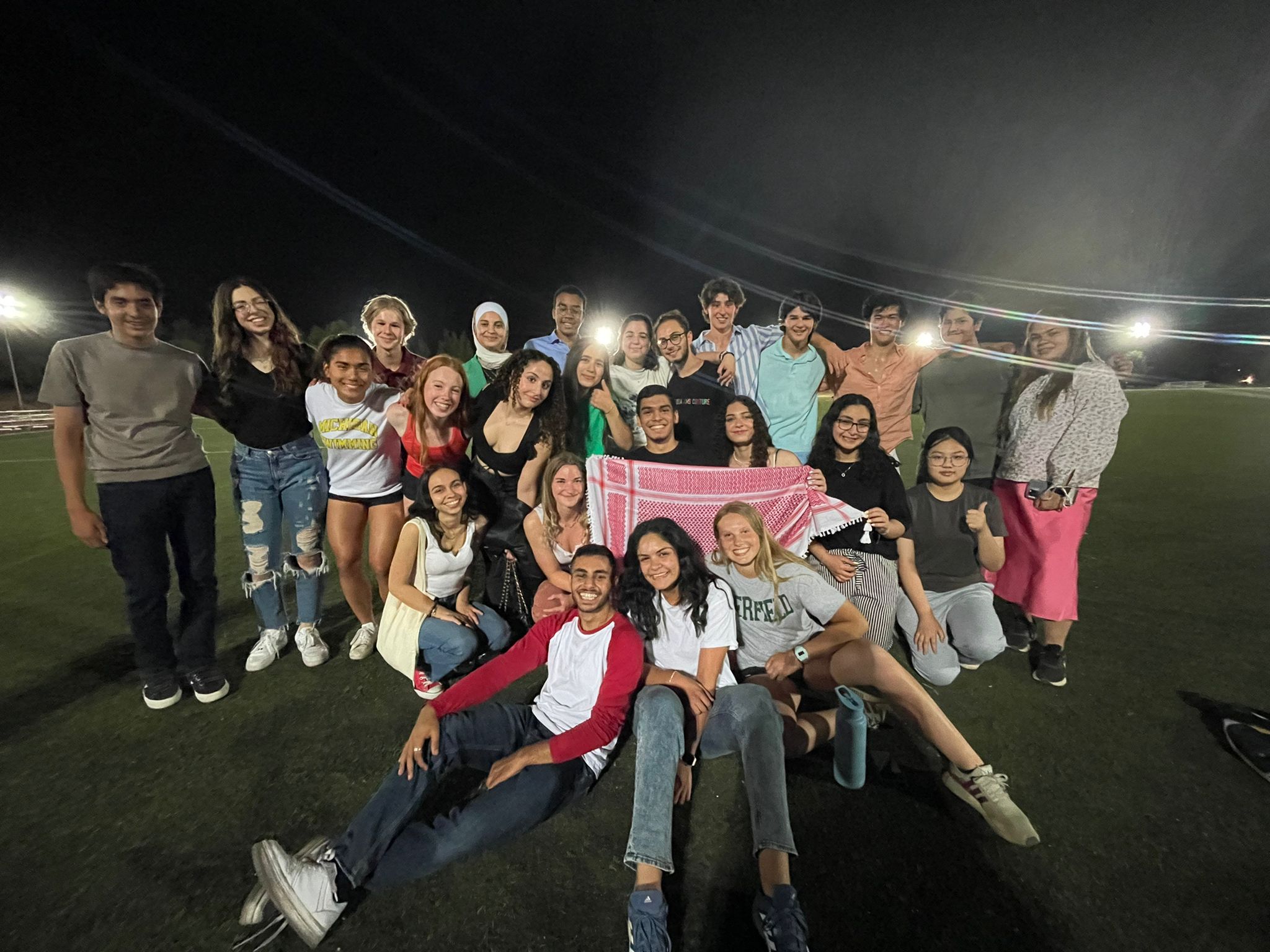 From riding camels to a visit at Mt. Nebo, to dancing at King’s Academy and viewing hundred year old starts through a telescope, Toler Poole ’24, reflects on an “inspiring and transformative” day.

When the sun rose over Wadi Rum, the Deerfield Academy students started to stir. We all had to wake up early for an amazing opportunity. After hustling out of our lodges, the students’ anticipation started to build. As we strode across the red sand, we laid our eyes on the camels we were to ride. At first there was some apprehension about how to get on the camels and what was the right way to do it. Each student managed and everyone seemed like a natural after some careful tips. As we walked across the vast desert, students thought of names for their camels (mine was Ginger due to the orange marks leftover on its hide). After many exclamations of delight and observations, we made our way back to camp for breakfast. Rahayeb Desert Camp presented an assortment of food along with the usual pita and dips. After a nice breakfast, the group was on their way to their next destination.

Soon after getting on the bus, the Deerfield students got off again. This time it was to help our driver push the bus out of it’s stuck position in the sand. Quickly, the caretakers at camp stepped in to help pull with their trucks and through teamwork, we were able to push the truck out and get on our way.

A couple hours later the terrain changed from sandy dessert to mountain range with hilly and rocky ground on every side. We got off to explore Mt. Nebo and take in the view from the Mt. Nebo Memorial Church of Moses. In the far distance, you could spy Amman, the River Jordan flowing into the Dead Sea, Jericho, and many other cities and regions. From this vantage point you could see much of Jordan. We spied areas where crops were grown as well as where Moses supposedly created a spring. In front of the church, we stood in a similar place as Moses when he spied the Holy Land.

After admiring the landscape, we turned towards the actual church. Inside the church were large and beautiful mosaics still intact from close to the fifth century when the church was built. Now the church has been renovated and new parts have been added. Something interesting about the church is that unlike some of the other ancient sites, the people who renovated the church incorporated the old with the new, making the architecture seem “seamless” with the modern parts. The art style of the mosaics is very characteristic of the Middle Ages, with lots of symbolism. The mosaics showed hunting and farming, both agriculture and animals. It also showed how people would donate precious things to the church. The mosaics represented the differences in wealth and class as well. Outside the church were pieces of sculpture. One in particular, made by Gian Paolo, was made to seem like the crucifixion of Jesus, but upon closer examination you can see it represents Moses and the snake. Another significant sculpture is by the entrance, with the message that no matter size, age, or any other difference we are all united.

After leaving the area Moses was buried the group traveled to another destination for lunch. Haret Jdoudna was where we ate. The restaurant had previously been owned by the wealthy Jumean family. As we sat and ate another familiar meal we took in the vast house and also the strong smell of incense floating throughout the house. We walked out of the house onto the street where we walked to St. George’s Mosaic Map Church Madaba. Here, students were briefed by our tour guide Rasha on what the Mosaic represented and its significance. Inside the church, one of the oldest mosaics laid sprawled on the floor. As students observed our ears were imbued with music and the quiet hush of the church. Back outside we said goodbye to Rasha for the last time with a group hug. We walked a little farther to a street full of things to purchase. We all entered a shop full of mosaics where the owner kindly demonstrated the steps used to make one, and how tedious it can be. After purchasing many goods we walked back to our bus to return back to Kings Academy.

At Kings we went back to our dorms and rested for a bit and prepared for dinner. We also had a meeting to answer questions and discuss our final days. We walked to the Head of Schools house in Kings. It had previously been Dr. Austin’s house! There we had the amazing chance to meet some recent Kings alum and also some current students. The air was at first filled with hellos and introductions and small slightly stiff conversations. As we broke of into small groups for dinner the conversation flowed more freely as we got to know one another and share our experiences at our schools. Between questions we took bites of meat, salad, spring rolls, and of course pita and dip. For dessert we had apricots and Kinafeh; the dessert we tried on our first day. The sun dipped down below the horizon and we all sat around a drained fountain reflecting on our trip so far. We were asked questions and in doing so I saw just how much we had experienced and how the trip has already started to effect us. With a couple more days left I am sure we will have many stories to share. After hearing some facts about Jordan we headed down to the turf to dance. We played games while we waited for a speaker. The games were similar to ones you play in the U.S. but with Jordanian words and songs. We also shared dances exchanging Jordanian ones with ones from the U.S.. When the speaker arrived music the Kings students usually listen to blared across the field. We all joined in shaking our hips and laughing. From line to group dances everyone was smiling and joining. We took turns shimmying and being in the center of the circle. No one wanted the dance party to end when the Kings students had to leave.

The night was not over yet. Deerfield students walked across the campus to the largest telescope in Jordan. Students stood outside and looked up to spy constellation and the North Star as well as Vega. Mr. Abdula the astronomer showing us the telescope mentioned how the light we are seeing from stars is hundreds of years old. Inside we observed as Mr. Abdula went to work positioning the telescope. Slowly our eyes adjusted and through the telescope we saw double stars, clusters, and Vega. We also saw the moon. The telescope gave so much detail that you could see individual craters along the moons surface.

Students returned to their dorms ready to sleep after the long day. I reflected on how inspiring and transformative meeting the Kings students were, we learned about all the similarities between our schools and also differences. We played games that both Jordanian people and people back in the U.S. played during their childhood, and through our dancing and laughing together it reminded me how there are differences and yet similarities of being children and growing up. A lot of the time we are excluded from the problems and events happening around the world and how they are effecting people so similar to us. Tonight brought me another perspective, for which I am glad for. Tomorrow I am excited to learn and try new things all over again. 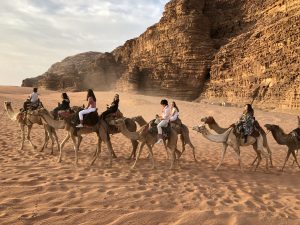 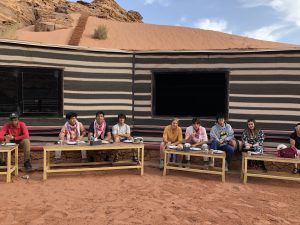 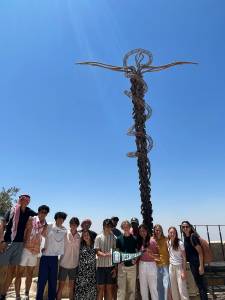 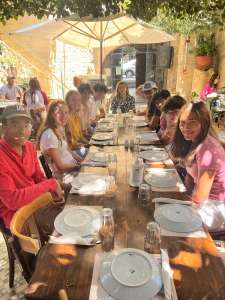 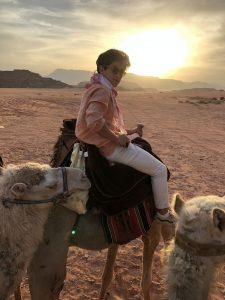 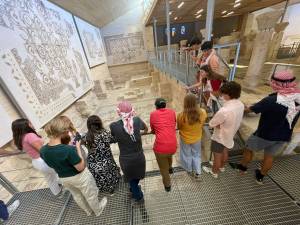 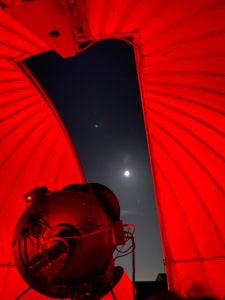 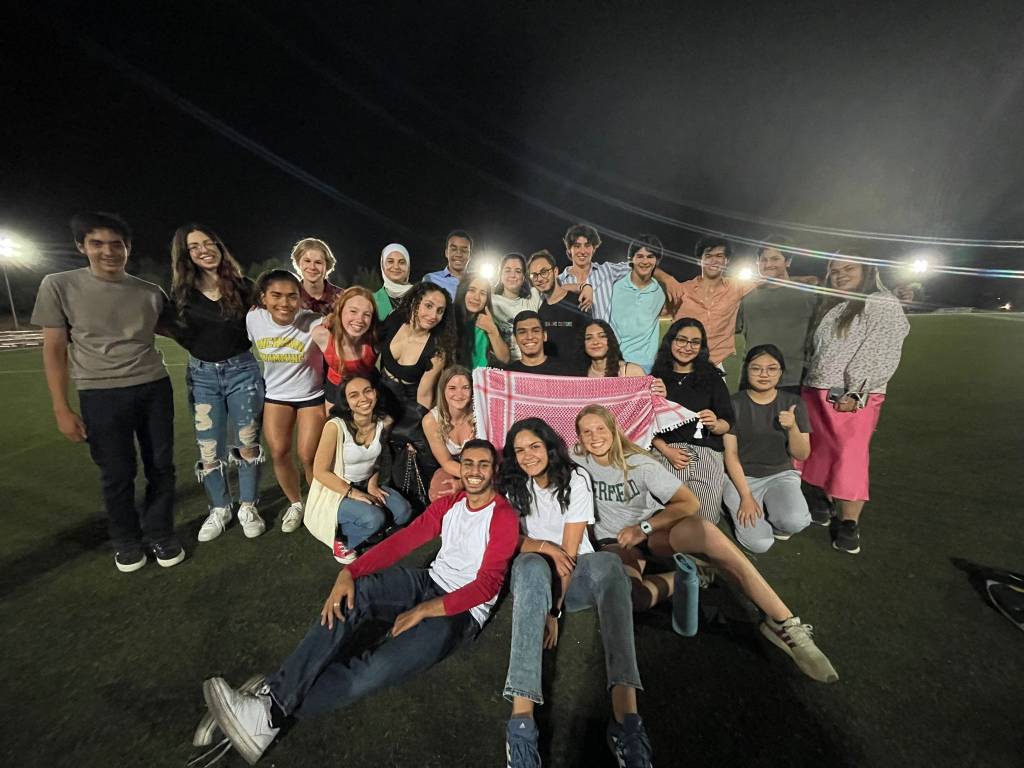