Dominican Republic #8: “Kindness, Service to Others, and A Passion for Learning” 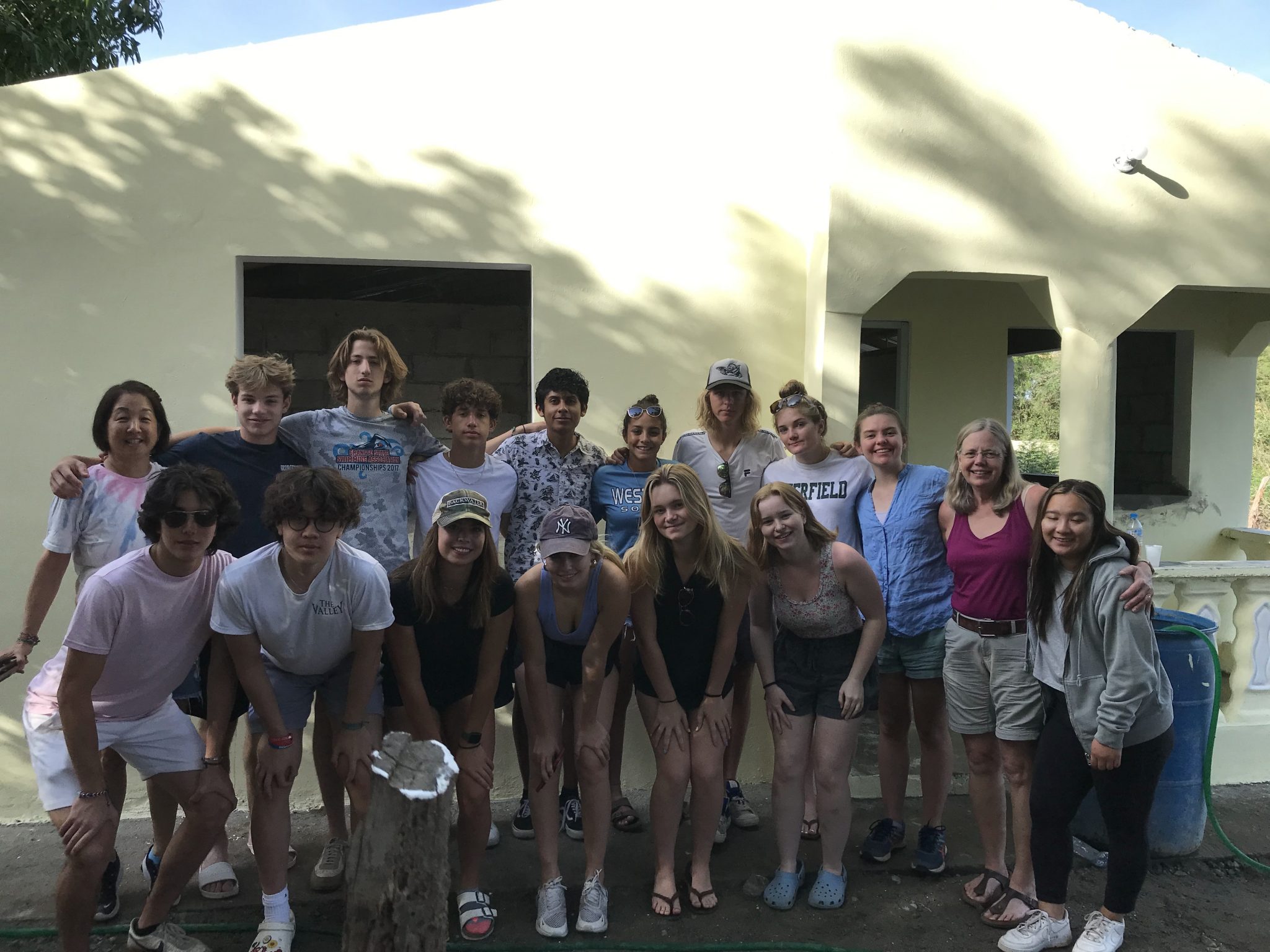 On the last day of the build, Charlotte Iler ‘23 and Zhexuan Li ‘23 reflect on the positive impact and the strong sense of community they’ve made with the locals.

Waking up this morning was bittersweet. At 6:00 am, Jasmine and I received a knock on our door which inquired if we would like to watch the sun rise. Although I was too tired to stay awake for the entire breaking of dawn, the day was off to a great start.

Like every day, today was full of highs. Yet the breathtaking drive to the pueblo, swimming sesh, and dinner party did not compare to seeing the finished product of the house. The feeling of “Wow, we really did just build a house in five days” really kicked in when I was painting the kitchen this morning. I was given the “very important job” of rolling primer onto the kitchen walls by Ms. Koyama after I precisely painted the pillars on the porch. I started off strong by painting the majority of the walls and leaving the edges (mostly) clean.

As, what probably was, two hours of intense primer painting, I layered every stroke and brushed every corner with the help of Amelia, Lauren, our new friends, Jasmine and Christina. I began to wonder whether priming the walls really required the detail and precision I was using. The primer painting was almost complete when three Dominicans began to work behind me. I heard them talking and laughing, yet intently focused on my brush strokes under the sink. It wasn’t until I heard them whistle and yell “hey,” did I turned around. The three of them looked down at me, covered in paint specs, and began to speak Spanish. After trying to understand the message through many hand gestures and laughs, I finally learned that the men were worried about how long I was working in the paint fuming room. I didn’t even realize how long I had been working, so when I took their advice and stepped back I noticed the huge changes the house had made. Not only was the kitchen just short of being fully primed, but the entire house was standing and painted the color yellow. In this moment I realized that although at times I didn’t know whether my efforts were impactful to the overall mission of the team, they were. Hours later, when the kitchen was then transformed from the white primer to a gentle yellow, I felt pride in all the hard work the team and I put in this week and the fun we had in doing it.

Yeah, we really did build, and paint, a house in five days. 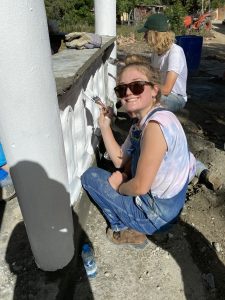 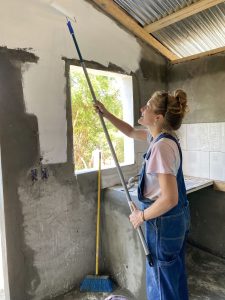 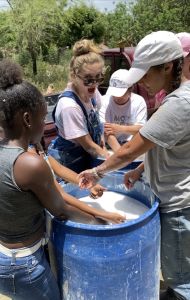 After a late night of playing cards, Tyler and I decided we should do something we always wanted to do ever since we arrived in San Juan but never actually executed. We woke up at 6 am and then woke up others on our hall to watch the sunrise. We went to the rooftop and waited patiently until the sun started to blaze into our eyes. At this moment I internalized the entire trip and what we have been through collectively and prepared for the final day of our build. Shortly after arriving at the house, I helped out with painting the windows, swept the floors, and went on a road trip to another location to drop off materials. After the work day was over, we had lunch with the children and the local workers. I felt the strong and unique sense of community that DR has infected me with.

All of the workers and children were so welcoming and whenever we struggled with the techniques of pouring cement or stacking the bricks, the workers were so eager and happy to help us even when I spoke no Spanish and they spoke no English. I felt the strong sense of social responsibility among the workers as they are basically volunteered for the job as they are being paid below what they would usually receive. In the night, we went to the house for the party where we would present the finished house to the family. José gave a great speech about the impact Cambiando Vidas has had in the local community and the importance of passing this idea to our communities as we return home. In the dance, all of us, the kids, and the workers were really hyped and danced to Pepas. In the spirit of the song, we learned to express and celebrate our accomplishment freely and passionately through Deerfield’s core values of kindness, service to others, and a passion for learning. 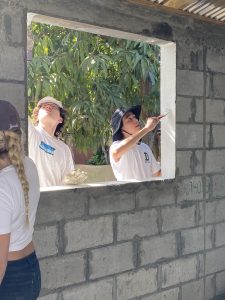 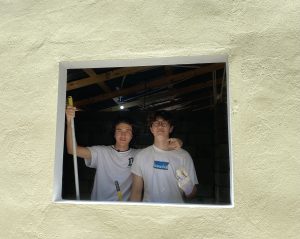 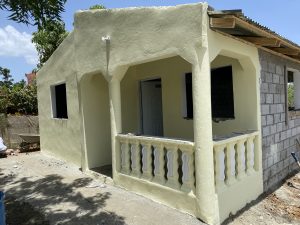 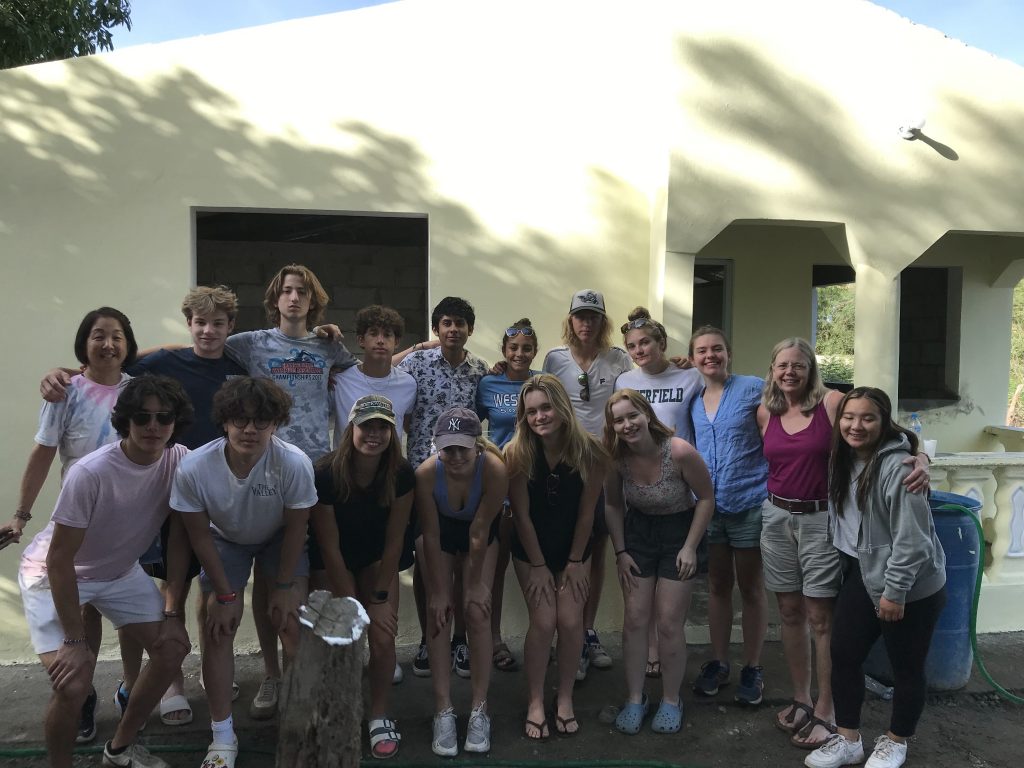