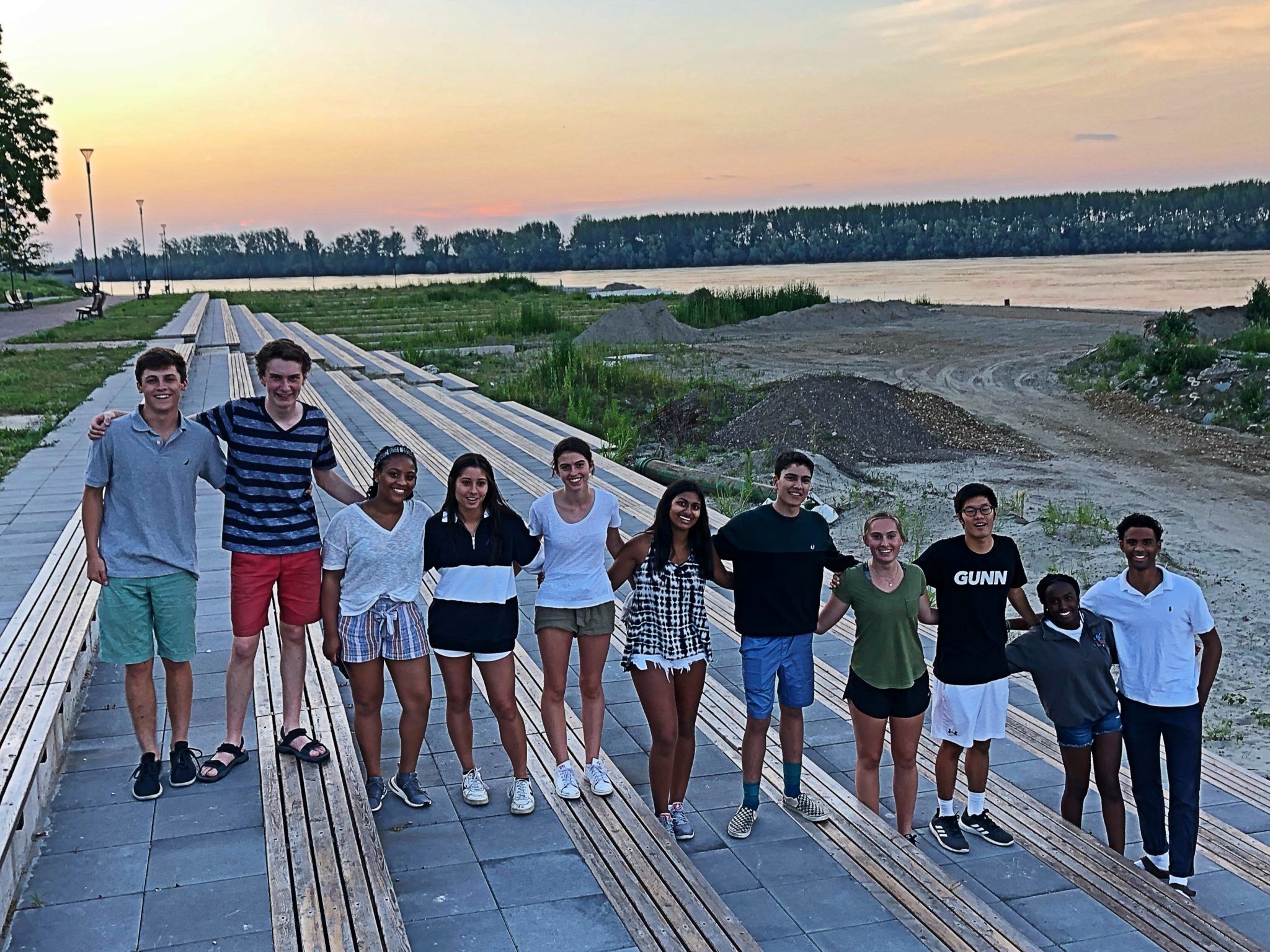 Sophia Hamlen ’22 reflects on her visit to Serbia and the varying war perspectives of the community.

After a well-deserved night’s rest, we started off our first full day in Belgrade with a hotel breakfast. Due to the NHL Finals (broadcasted at 2:00 am Serbia Time), the Bruins fans of our group struggled to smile their way through breakfast, battling both an upsetting loss and sleep deprivation. Nonetheless, after seeing Belgrade from a river cruise the evening before, we were all excited to explore the city and its history.
Following breakfast, we met with our guide for the day, Stephen, who led us through the city center towards Kalemegdan Park, where the Belgrade Fortress is located. Built by the Romans in the 2nd Century, The Belgrade Fortress stood tall through many foreign invasions. It offered breathtaking views of the Danube River and the city of Belgrade. 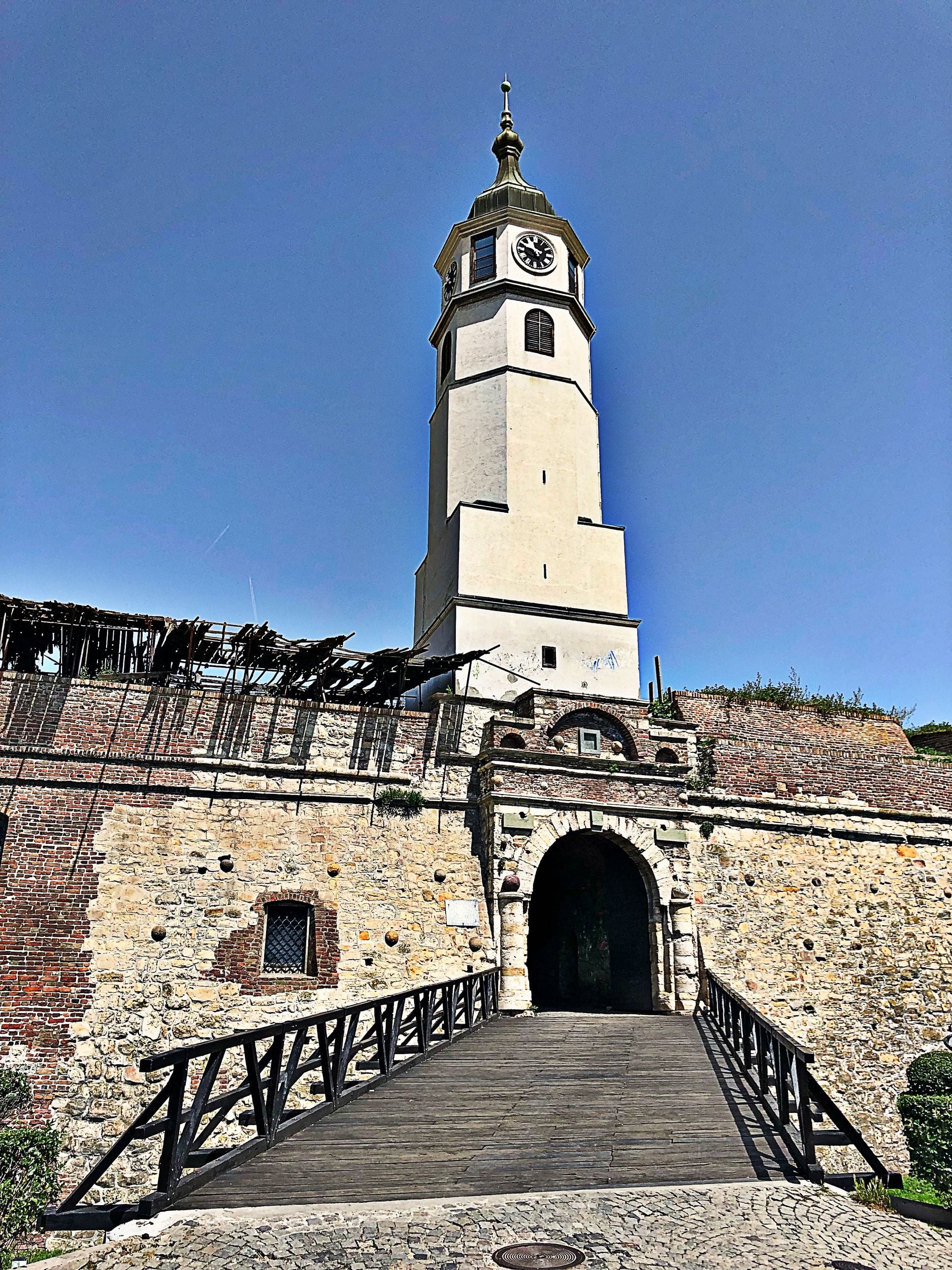 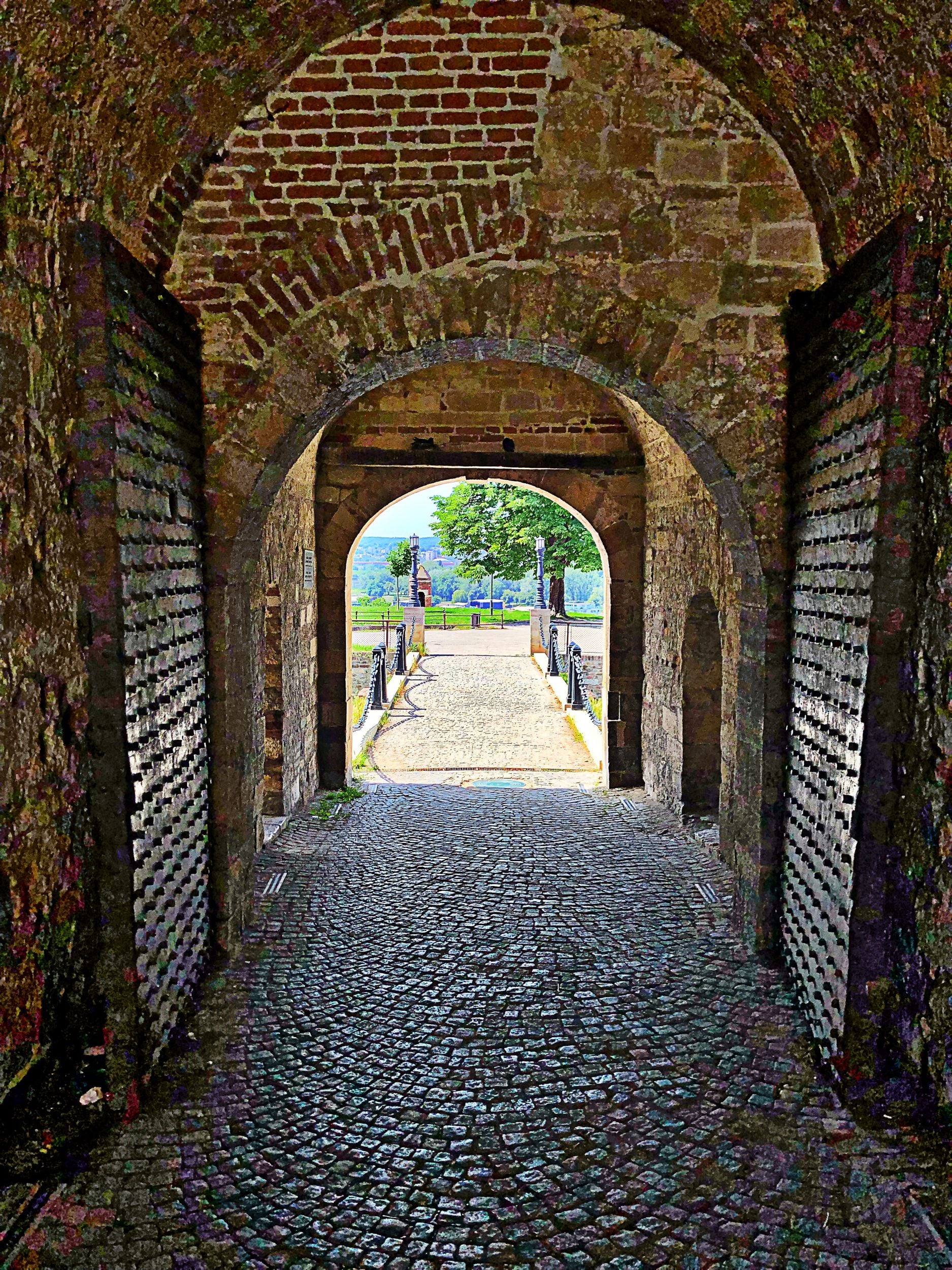 Due to the 95 º weather, we skipped out on a long walk, instead, packing ourselves into a crowded Belgradian bus to our next location. We arrived at our stop, which was only a couple minutes walk from the Church of St. Sava, one of the largest Eastern Orthodox churches in the world. The Church is one of the most important landmarks for Serbians, who are predominantly Orthodox Christians. Upon arriving at the church, many of us were awestruck by the vast, white-marble walls and turquoise domes. The church, which is still under construction today, began construction in 1935, but due to World War II, The Communist Revolution, and the wars of the 1990’s, construction of the church was constantly halted and recent constructions did not begin until 2001. Though not fully completed, the interior of the church was breathtaking; Religious artwork covered the walls and intricate chandeliers adorned the ceiling.

Following our visit to the church, we were all ready for a hearty lunch. We enjoyed a traditional Serbian Lunch of a Mezze platter filled with various garnishes, meats, and cheeses, a Mediterranean Salad, grilled vegetables, and various grilled meats. At my end of the table during the meal, we discussed the parallels between events in Serbia’s earlier history and the events involving Serbia during the Yugoslavian Wars of the 1990’s. One parallel we discussed was Croatia’s role in WWII, which mainly targeted Serbians, and how that may have influenced Serbia’s decision to attack Croatia in the 90’s. Another point we touched on was the long-time rivalry between The Ottoman Empire and Serbia, and how that might be parallel to Serbia’s attacks on Bosnia during the 90’s. Following the meal, we had a round-table discussion as a group consolidating all we had learned about Serbia throughout the day, while also drawing more parallels about the wars. 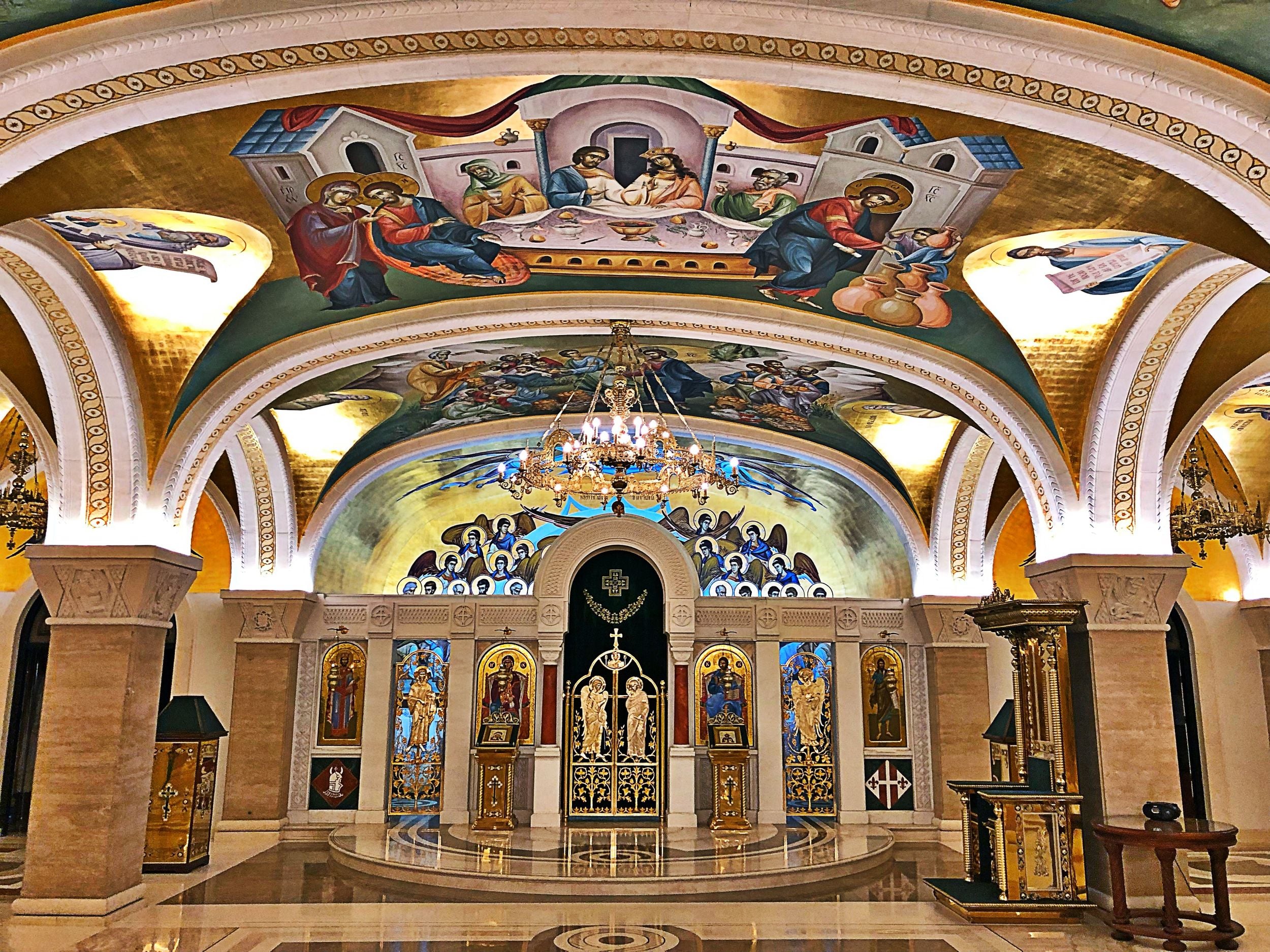 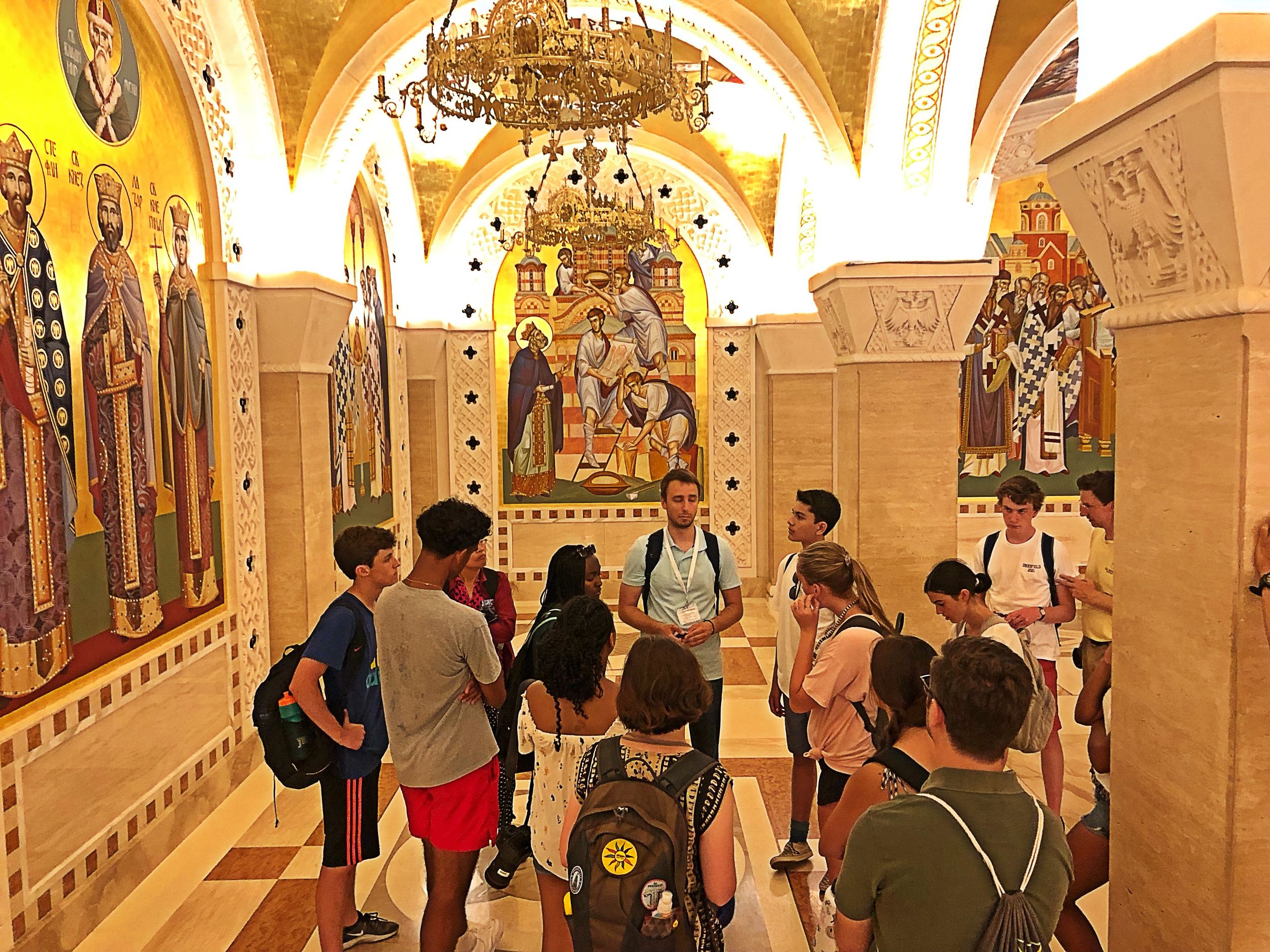 Following a discussion-heavy lunch, we boarded another bus to Marshall Titio’s grave, also known as the House of Flowers. Josip Baz Tito was the former president of Yugoslavia, whose death was one of the primary causes for the wars of the 1990’s. The House of Flowers offered an exhibition showcasing Marshall Tito’s international gifts as well as his burial site. I especially appreciated how the exhibition offered us insight into Tito’s four decades of rule, revealing how Yugoslavia’s socialist state operated before the outbreak of violence in the 90’s.

Before making our way to dinner, we met with a group of Serbians that had experienced the war as children. This group of Individuals were some of the most progressive in all of Serbia, yet they still struck our group as rather defensive about Serbia’s role in the wars of the 1990’s. Thomas Lyons asked whether or not they believed Serbia’s actions towards Bosnia and Croatia were considered genocide, to which they answered no. Their answer not only surprised me, but also made me realize the importance of perspective. I think it’s great that during our visit of Bosnia, Croatia and Serbia we are encountering vastly different perspectives on these wars; ultimately I hope to build an understanding of the war based on a multitude of points of view.

We ended our day in Belgrade with a traditional Serbian Dinner. Reflecting over the past day, I saw this as an extremely important day in our attempt to understand the wars of the 1990’s. This was the first time we learned of the war from the perspective of the Serbians, who much of the world perceives as the main perpetrators of these wars. The role of perpetrator and victim also took new meaning within me. Upon discussing the parallels between events of history and the events of the 1990’s during lunchtime, I realized that the roles of perpetrator and victim are highly prone to reversal. Within their history, Serbia could be recognized as both a perpetrator and a victim. Drawing parallels between events in history and putting deep thought into perpetrator-victim roles are two skills that will help me as we travel to new locations like Bosnia, and also as we return to Croatia. 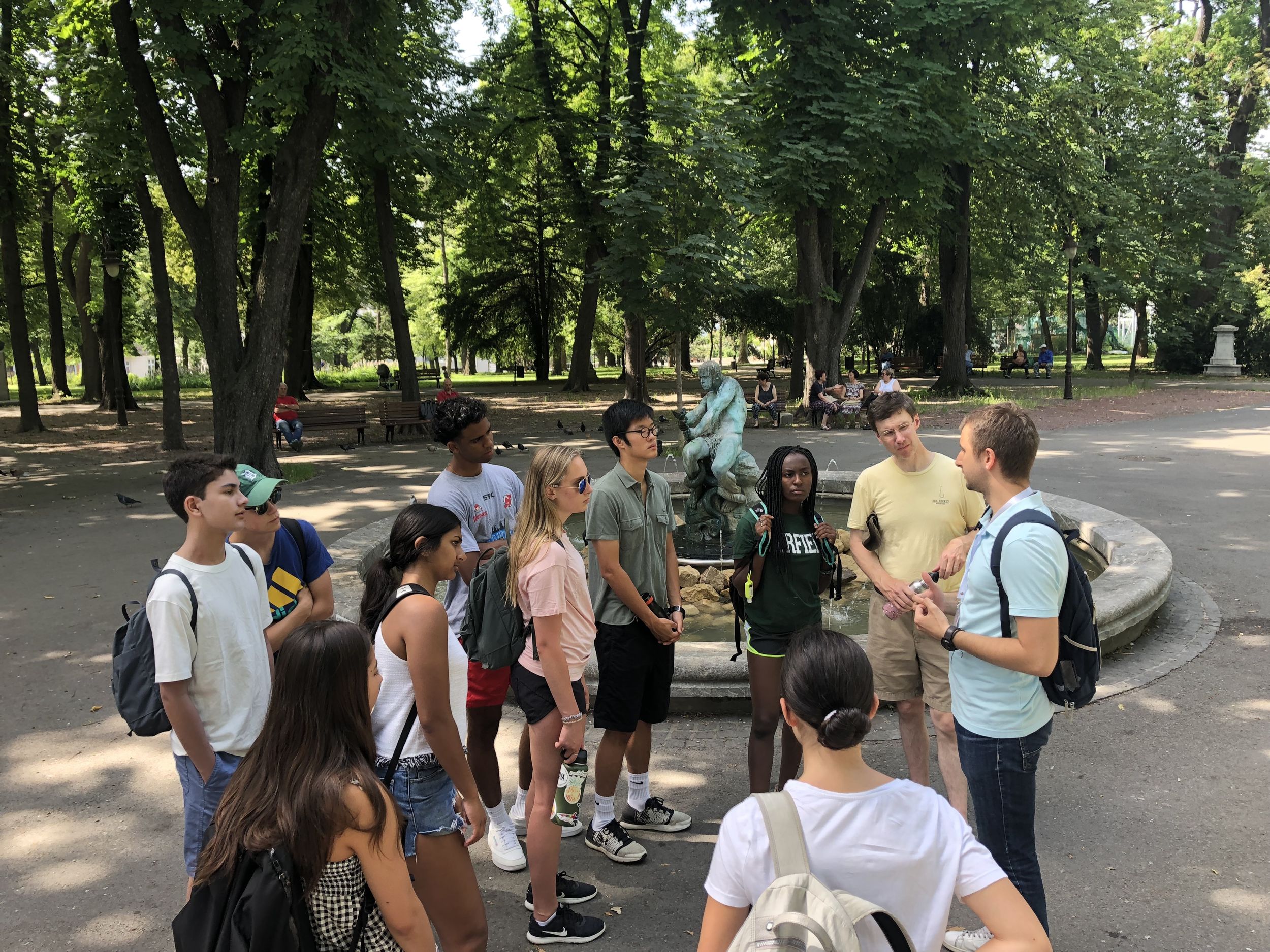 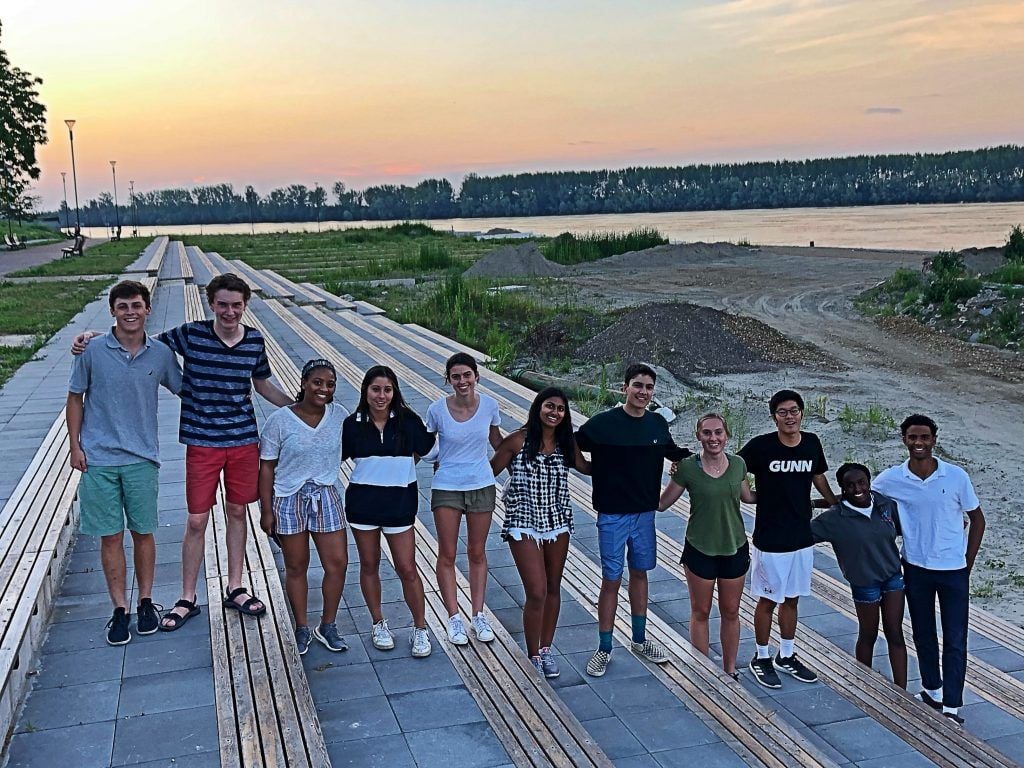