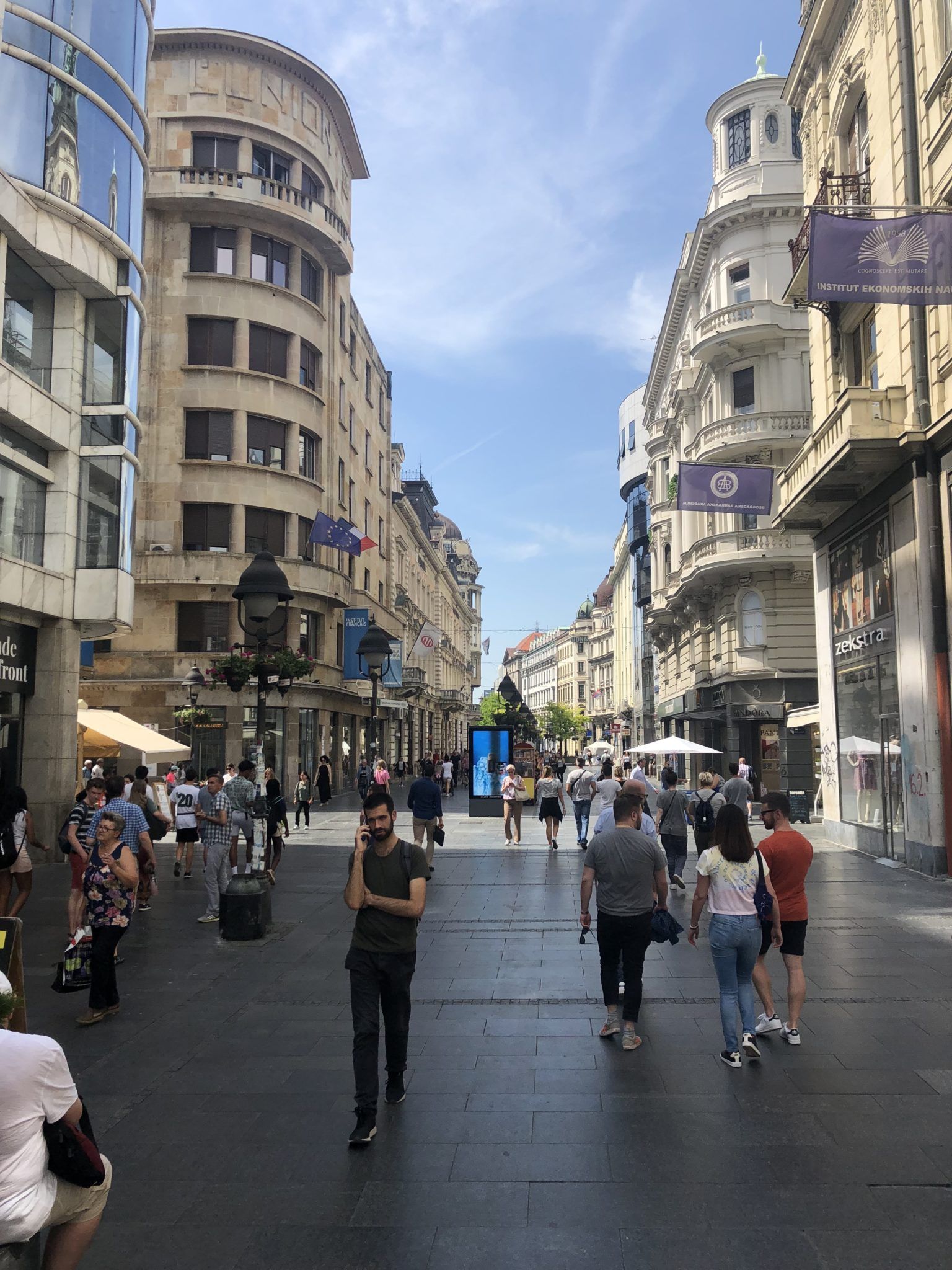 Sami Dulam ’21 considers the different perspectives of the Yugoslav wars.

On our official fourth day in the Balkans, we were able to experience a last glimpse at eastern Croatia before departing for Serbia. The group and I awoke to an early breakfast at 7:15 am in Vukovar where we ate traditional eggs, yogurts, and fruit overlooking the Danube. The sun’s rays and mosquitoes’ pestering only grew stronger with each passing minute, so we applied some sunscreen and bug spray and then were on our way through the streets of Vukovar, a Croatian town overrun and destroyed by Serbian forces in 1991.

Our local guide, Tomislav, took us to the hospital where doctors treated the wounded during the 87-day Serbian siege of Vukovar. We walked through the rooms where, during the conflict, beds filled with patients were stacked three high to the ceiling. Doctors and nurses packed the spaces in between each column with incubators for newborns or IV fluid bag stands for those who needed them. These doctors and nurses worked long hours, and many of them kept their own children at the hospital through the night in order to care for as many wounded as possible. As we walked out of the hospital, I noticed a large Red Cross with holes in it hung above the door. My fellow student asked Tomislav what it signified, and he replied that it represented how the Red Cross organization sign on the roof of the hospital during the siege was blasted with holes by Serbian bombs.

When Serbian troops captured the hospital, they dragged 300 patients out to a field and executed them. Tomislav took our group to the memorial that marks the site of these brutal killings. I felt that the Red Cross filled with holes symbolized the life of a Croat fighting for the pride of their own country. The cross evoked stories I had heard the past few days about those people who fought fiercely against Serbs who were once their neighbors. Just by seeing that symbolic Red Cross with the holes, I almost felt that I had seen the hospital being bombed by airborne Serbs while helpless injured laid inside. I wondered how these atrocities could occur, how people could be so inhumane without even an inkling of contemplation. But then I remembered. We were in Croatia, after all, hearing a Croat perspective. This was not the full truth of what happened during the Yugoslav wars, only a portion of it. In order to come up with my own truth of what had happened, I would need to hear a variety of perspectives.

After visiting the Vukovar’s hospital and city center, our group hopped on the bus to embark on a trip to Belgrade, Serbia. As my eyes groggily opened after a nap on the bus, my gaze landed on a city skyline of tall glass buildings on the left. My head swiveled to the right as I saw red-roofed buildings with carved columns on the other side of the bus. “Old meets new” was my first thought about Belgrade.

After checking into our hotel, we quickly met our local guide, Alex, who took us to see NATO bombing sites in Belgrade during the Kosovo War in 1999. Alex told us he was in seventh grade at the time and vividly remembers the bombings. He went on to describe his fears during the crisis: “Will my dad be sent off to war? He wasn’t made for war. How will I take care of my little brother and mom?” He made sure to state that he believed no lone person or country was at fault during all the warfare, but I could tell deeper feelings stirred in his eyes as he said those words. He talked about how Slobodan Milošević, the former President of Serbia, used propaganda through media to corrupt the minds of Serbian civilians and their own beliefs.

After Alex shared his perspective of being a Serbian child during the Yugoslavian wars, Mr. Lyons asked him about what he thought NATO should’ve done during that time. He responded that he believed, as did many Serbians, that the NATO bombings were unfair to the people of Serbia. As an American born and raised, my confusion about the truth grew. Weren’t NATO’s bombings necessary to stop Serbian aggression in Kosovo? I started to reflect on my own perspective as I continued to hear Alex’s. What is the truth? Who gets to decide? Does any group get to decide? I knew the only way to form my own answers was to interact with more perspectives of different people and identities. After a river cruise through the Danube and traditional Balkan dinner, I headed to my hotel room. As these thoughts that I had generated stayed heavy on my mind, I drifted into sleep until the next morning where I would hopefully be able to discover more perspectives to carve out my own truth about what happened during the Yugoslav wars. 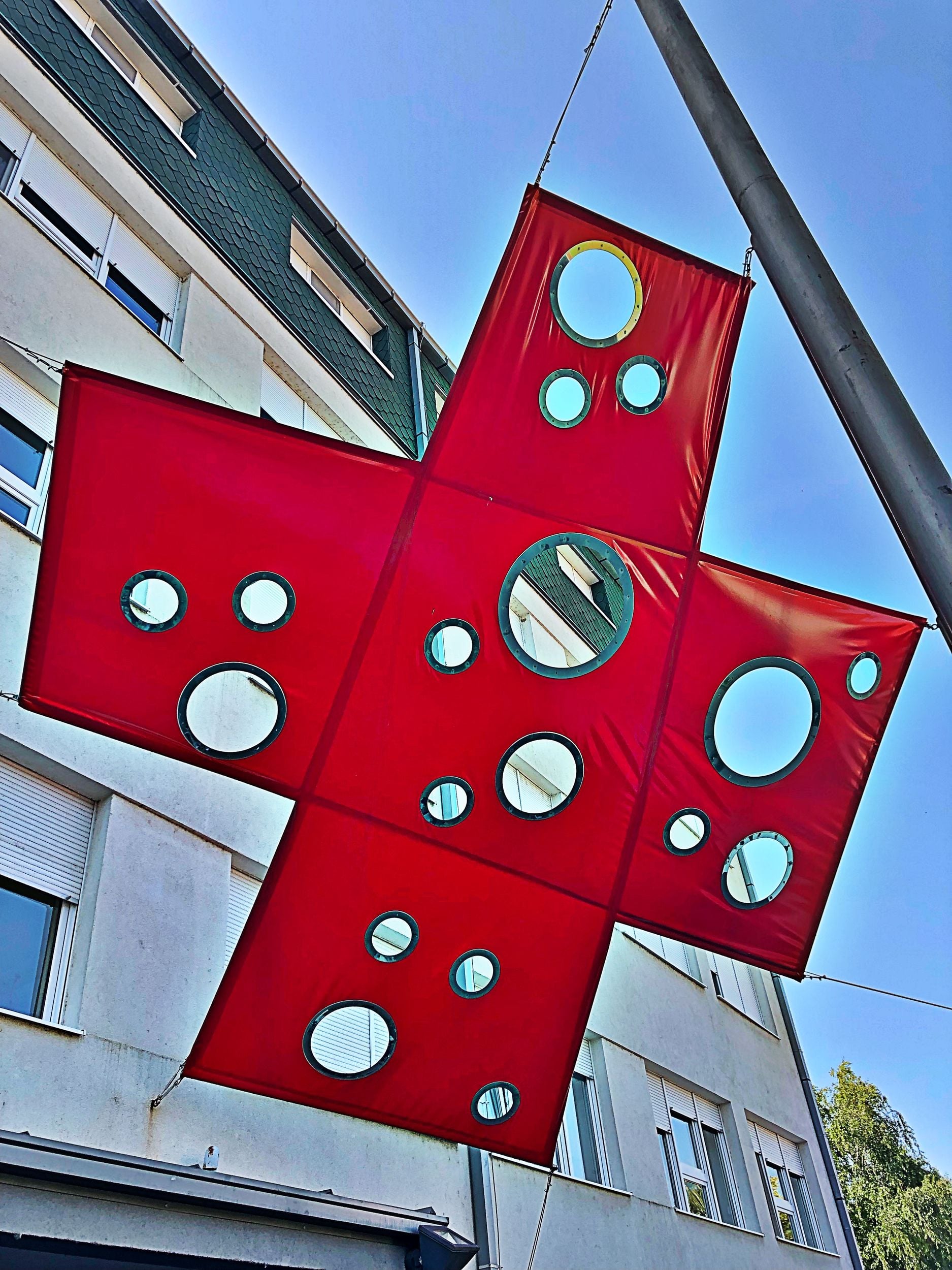 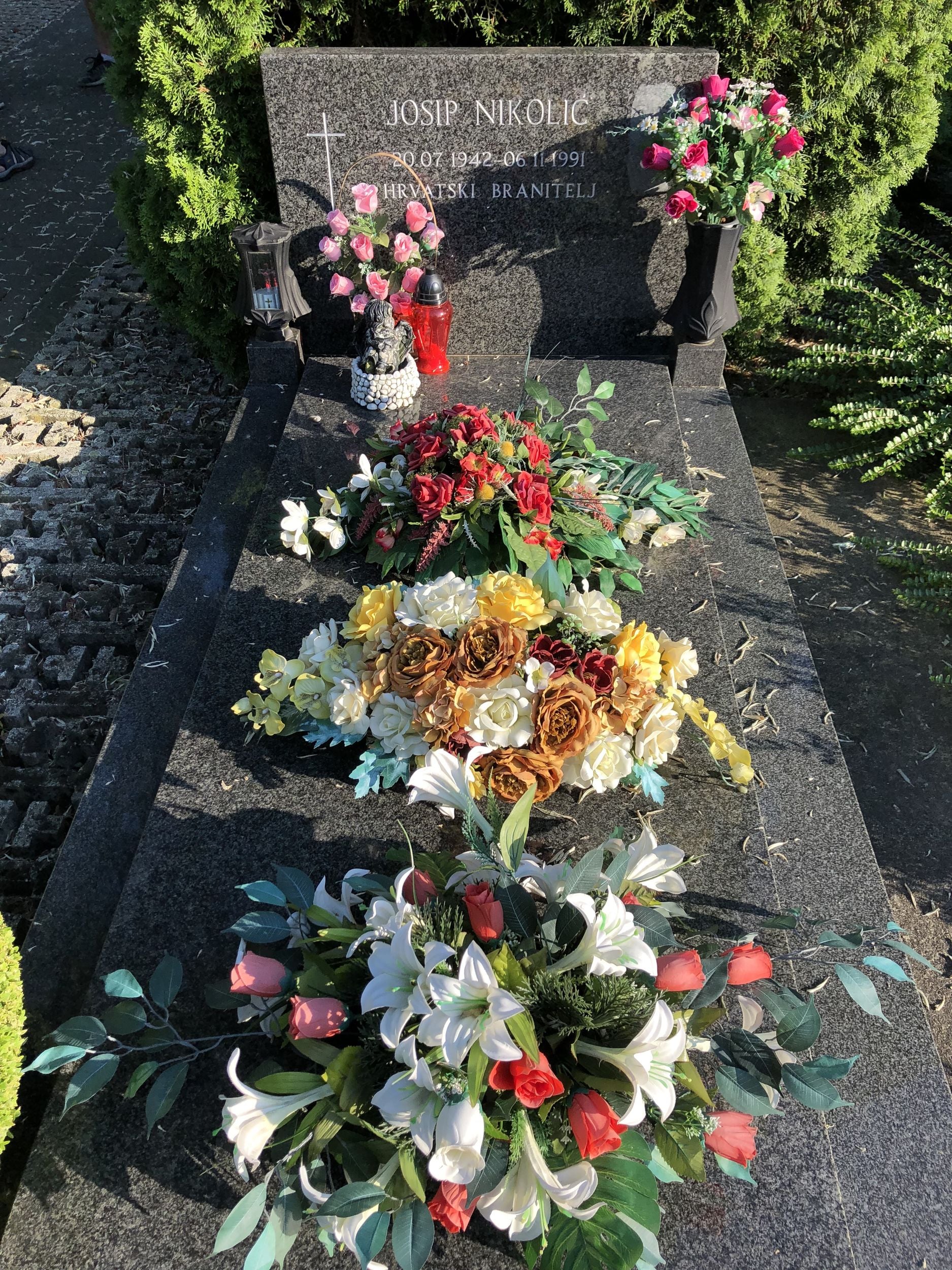 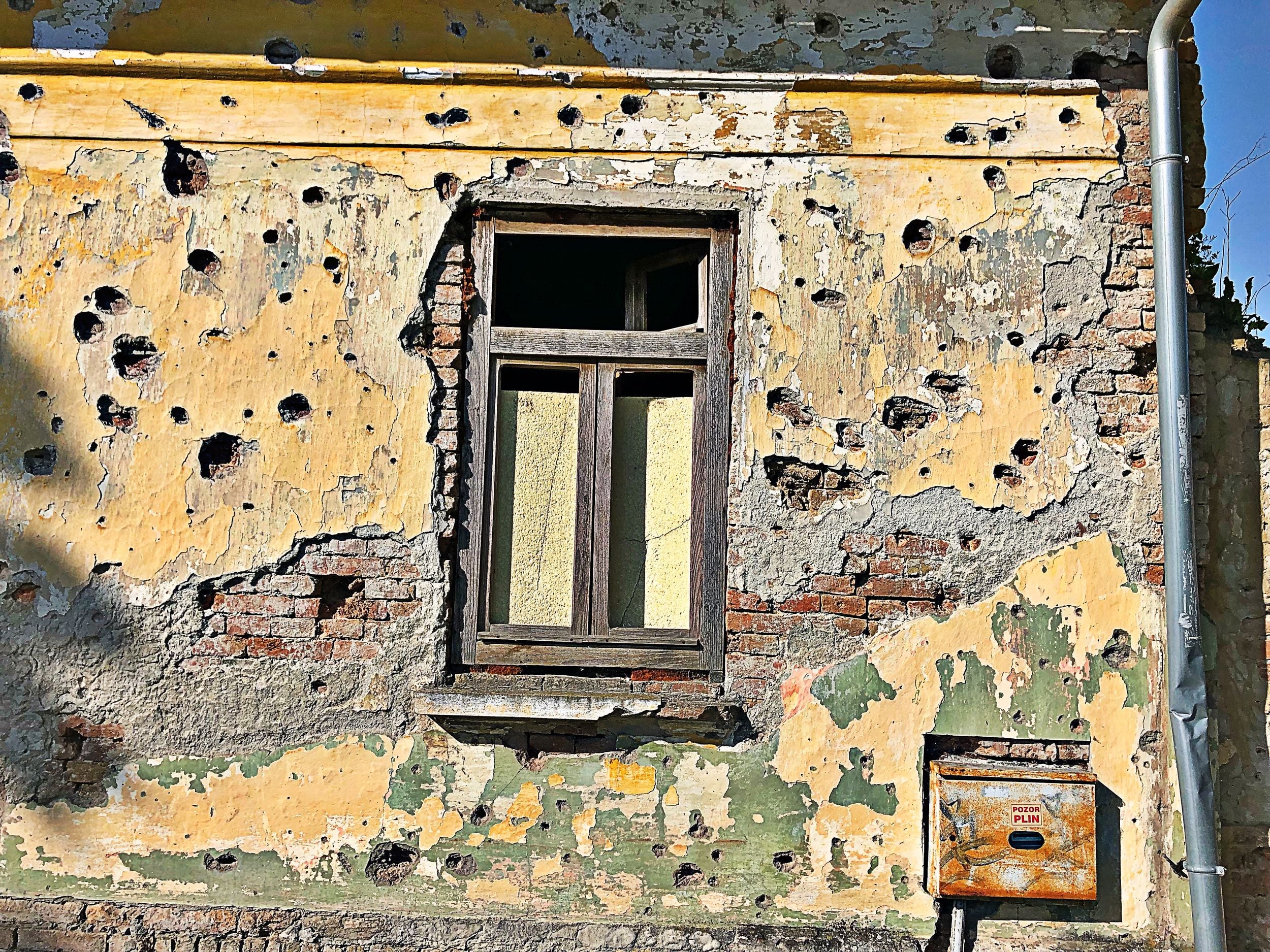 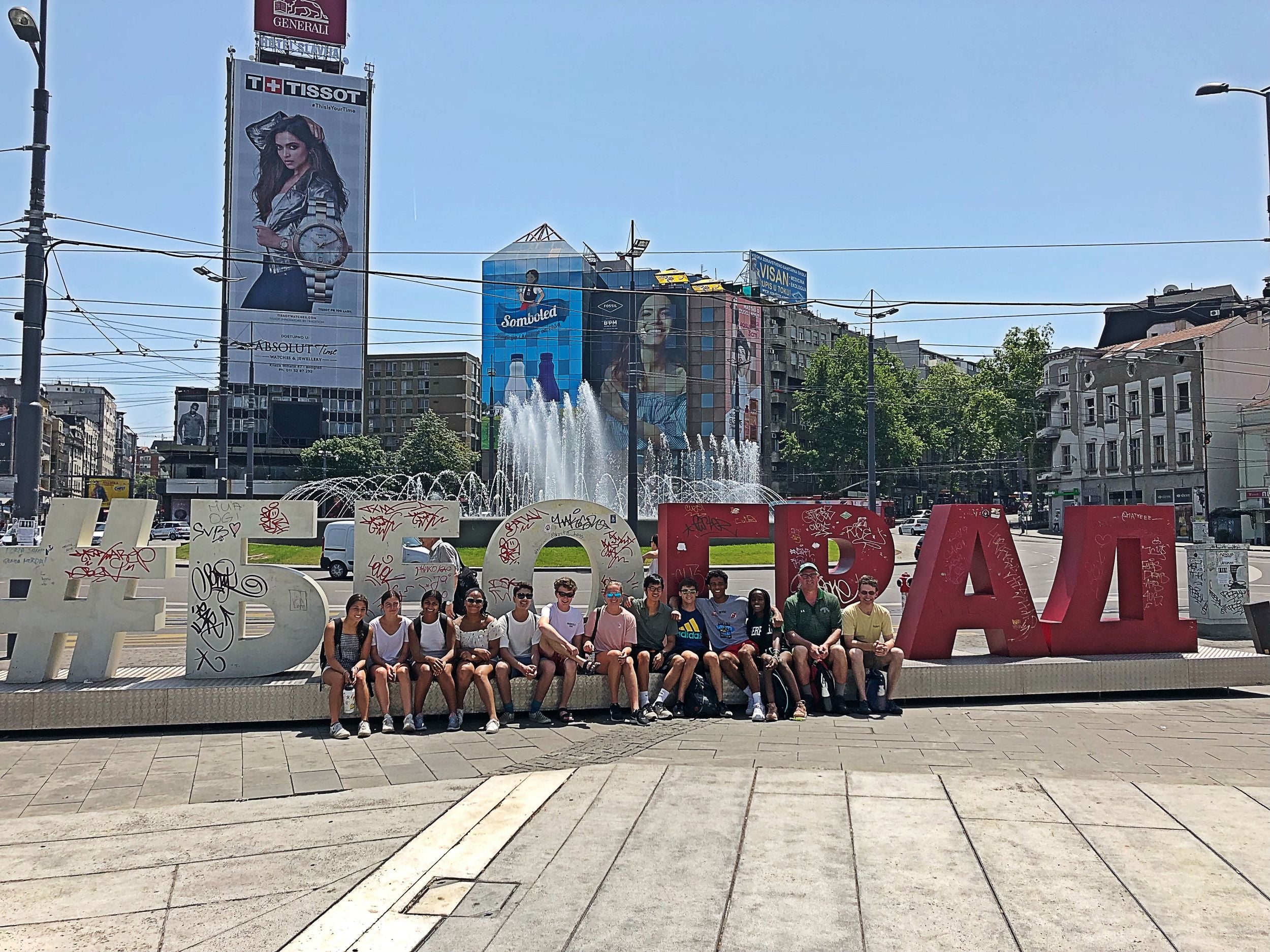 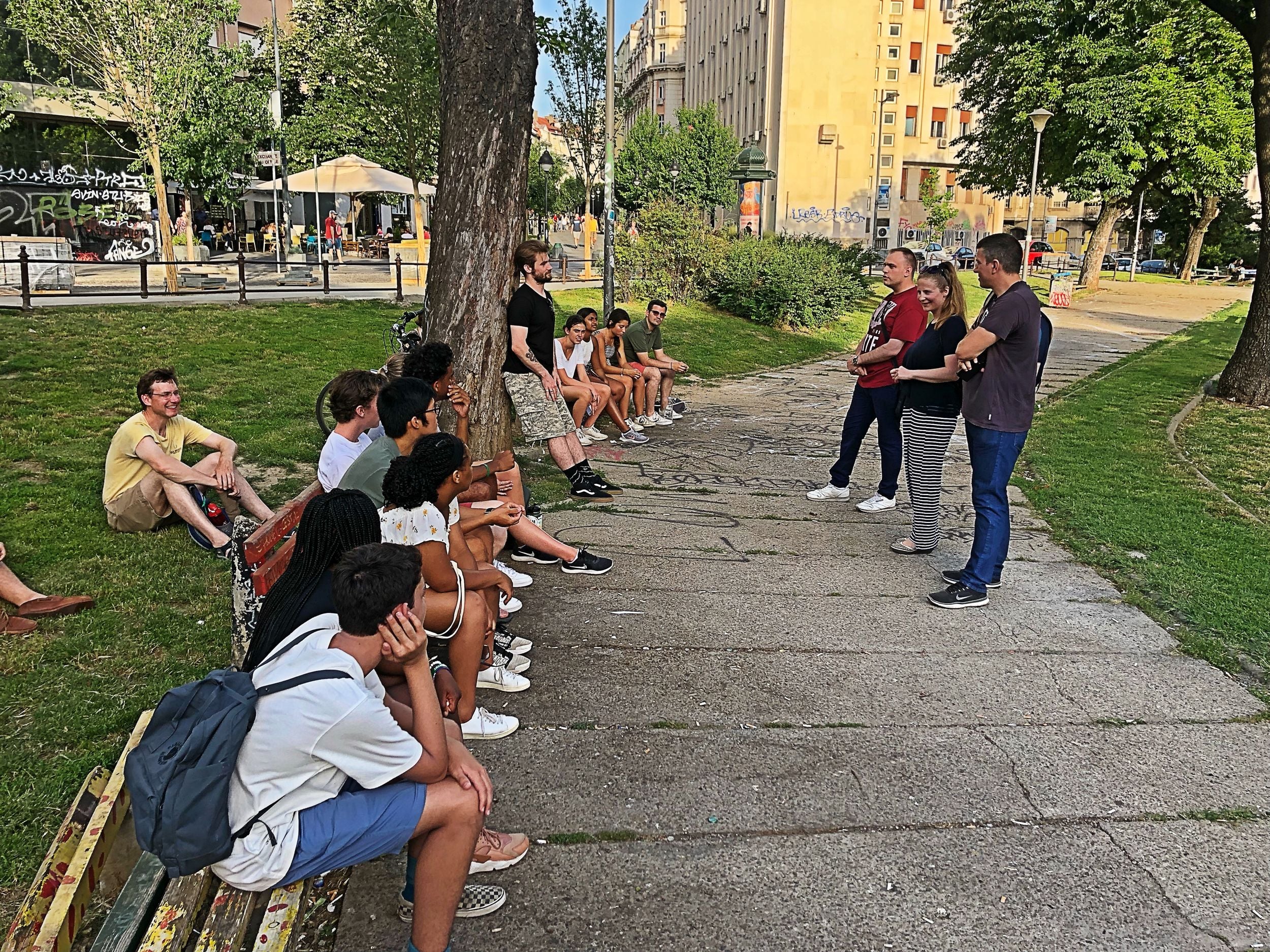 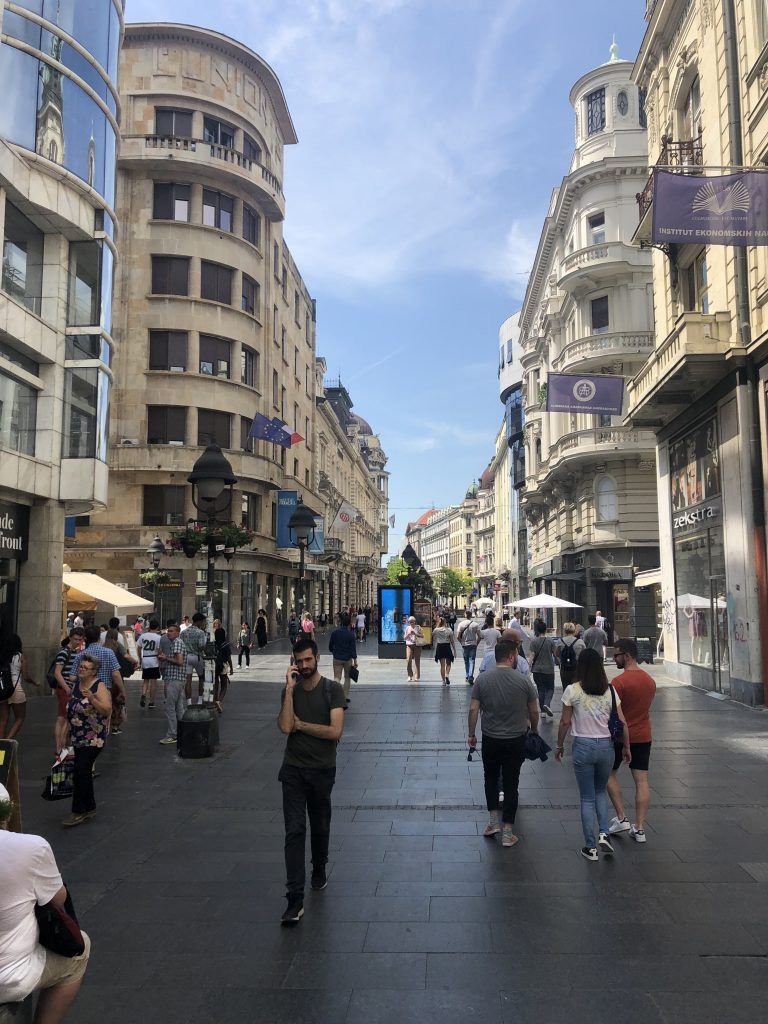