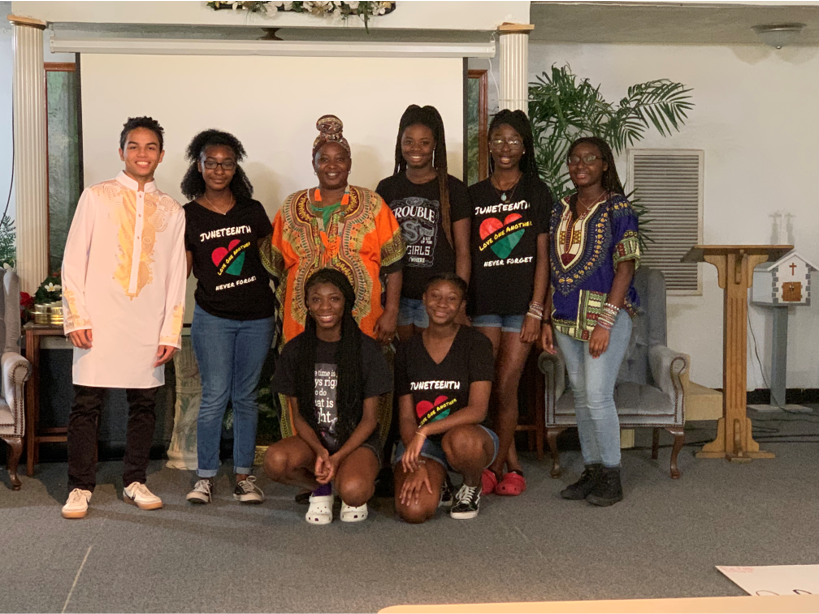 For my grant project this summer, the objective was to tackle negative stereotyping by offering alternative views on cultures to high schoolers. The Third Eye Camp began on July 11th to July 15th. It was hosted at Love Ministry in Live Oak, Florida. The location of the camp was north central Florida, a rural, remote area in the state. Not nearly as diverse as other areas like Miami or Tampa.

To reach our goal for camp we decided to focus on the following groups: South and Latin America, Asia, Europe and Africa. With multiple cultures being discussed across five days, we had our work cut out for us. Each day a different culture was talked about, covering quite a bit per day. The first day, Monday, was a success! We had nine people attend and Monday essentially served as a “foundational” day. We worked together to outline the goals. This was very important as we wanted each individual’s input. We then showed how we will reach those goals as a group, talked about current stereotypes each student may have, and answered any generic questions. The biggest takeaway from the first day is that the majority of the participants had preconceived notions about each culture. Each student already had the predetermined thought on  the different cultures’ lifestyles. Since it was our first day getting to know one another, we spent time discussing Deerfield. I thought this would be a perfect way to break the ice. The first question was: Why is a “door” our mascot? I laughed like I have on other occasions when I have been asked about this. Door or no door they were all happy to receive Deerfield souvenirs.

I shared with them why I selected Deerfield and why Deerfield selected me! I told them how living away from home was and has been a huge change for my family and me. I provided them with what a typical day was like in boarding school. I shared the trips that I had taken and this got them really excited!! They had LOTS of questions regarding the process and everyone wanted to know if I “really enjoyed it”. I was honest and told them I faced challenges just like every teenager does. However, I sincerely believe that attending boarding school has been a great decision for me. I got a chance to talk about volunteering and the importance of participating in programs that help others. Several of them mentioned they volunteered in their community. It was a good opportunity for us to get to know one another. Some initial bonding certainly was taking place. We finished the day grabbing a bite to eat at Zaxby’s. Nothing like some good “southern food” to end on a high note.

On the second day, we talked about Latin America and Latin Culture. We discussed the general knowledge of Latin Culture (countries, religions, attractions, language etc.) But we also talked about infrastructure problems and stereotypes in Latin culture. We danced the merengue and salsa. Tired and hungry, we went to taste the wonderful dishes of Latin America! Armando’s, a local Mexican restaurant, was the location that was selected. The staff was extremely helpful and patient. We utilized a few new phrases and ordered in Spanish. The food was delicious and we all had a great time. Wednesday, Thursday and Friday were similar to Tuesday, in the sense of discussing the countries, religions, attractions, and languages of the culture. Then diving into the problems and stereotypes inside those cultures. On Wednesday we went to a Japanese hibachi restaurant (Sakura) where the students tried new Japanese food.

One of the students was born in Japan and she challenged our group with Japanese wordplay. I was pleasantly surprised! One of the challenges with Wednesday was that the students wanted to have the Americanized version of Japanese food. We fought off the urge and all tried new foods like sashimi and eel. We also did yoga poses originating from various countries in Asia.

Thursday, we went to an Italian Pizzeria and Restaurant where we ate gnocchi, arancini, and other dishes. This is an area that I felt right at home, not as good as my Nonna’s, but I would definitely return to the restaurant. Each student also had the chance to demonstrate their ability to speak different languages from Europe on Thursday. Some of these languages were Polish, French, and German. Friday, members of my maternal extended family cooked African-American dishes such as brown field peas and piri piri chicken to name a few. We ended camp with a trivia game which had the participants recalling what they had learned about each culture.

Overall, The Third Eye Camp was a HUGE success! I feel every single one of the students walked away with at least one new piece of knowledge about each culture. They enjoyed the environment in which they were learning about the cultures. They all said it sparked their curiosity, dispelled the negative assumptions, and looked forward to traveling abroad!! I look forward to keeping in touch with the participants throughout the school year and hearing about their “cultural growth”.

In closing, thank you so much for this opportunity. I can say that I learned a lot about myself and what changes I need to make as a person, so that I can resist stereotyping as well. This opportunity was a huge benefit to my personal growth and will help me to be the change I want to see in the world that I share with others. 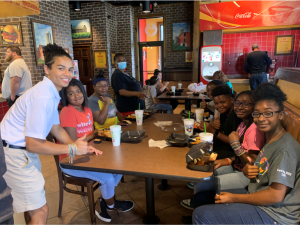 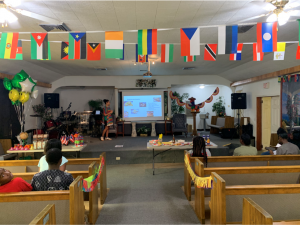 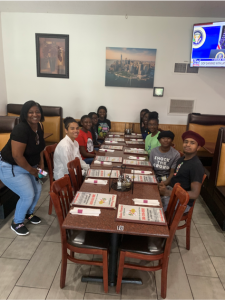 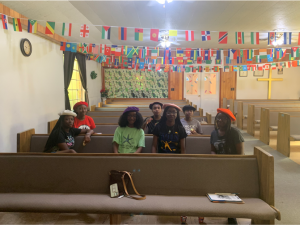