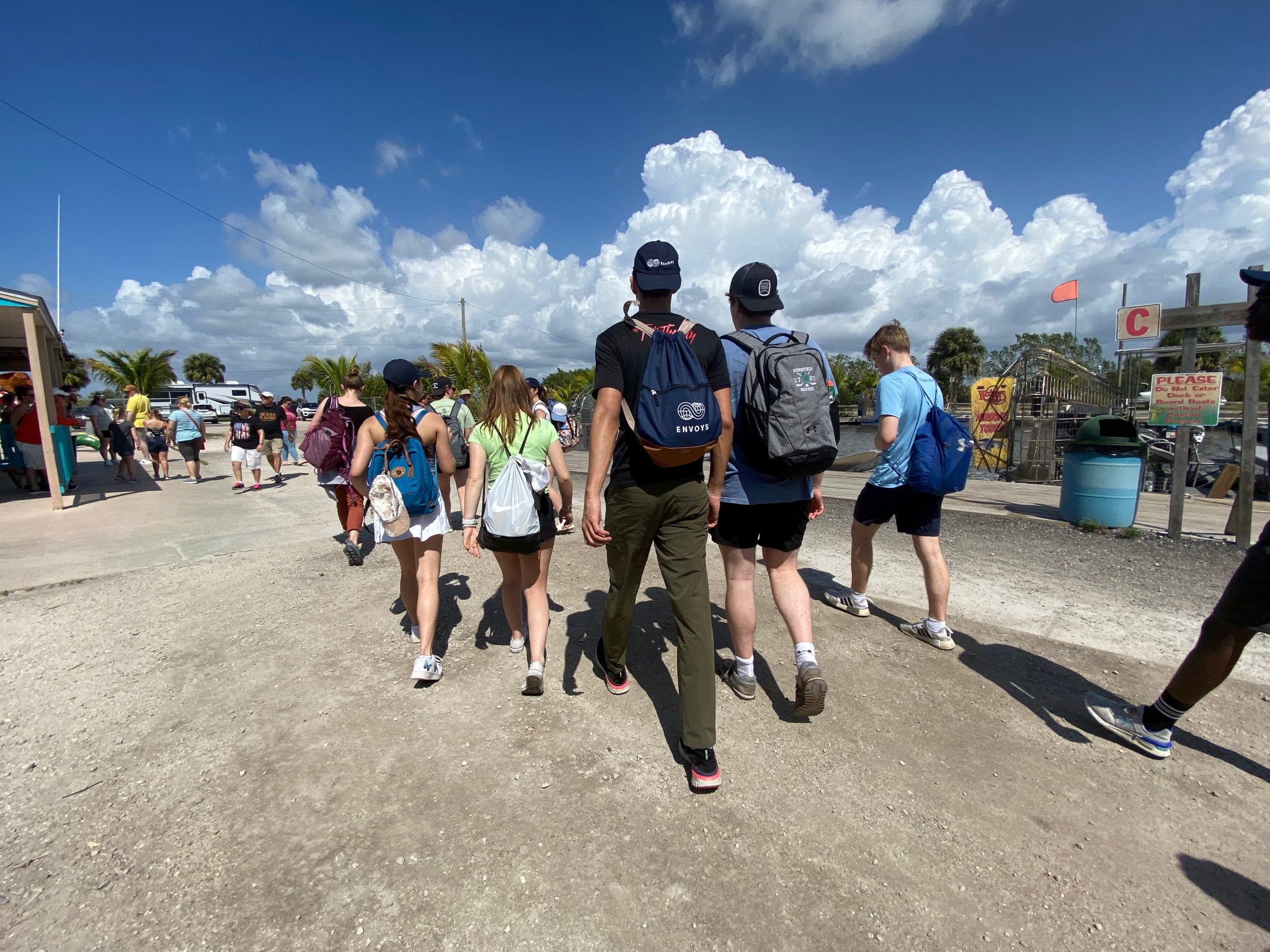 Our day started with breakfast at 7:30 a.m. and we checked out of our hotel in the Wynwood Design District to board the bus to take us to Everglades City. During an almost two-hour car ride, we kept our eyes wide for alligators, even though I fell asleep along the way, I heard from many of my friends that they spotted so many that they lost count.

Our first destination was the Museum of Everglades, which served as a laundry place in 1927 and is now one of the five museums owned by the Collier Country. We were welcomed by Thomas Lockyear, the museum manager, who gave us a thorough recount of the town’s history. One of the most interesting things I learned was that people settled in the Everglades City originally for agricultural purposes – to provide food to Union garrison at Key West during the Civil War. The whole townsite was later bought by Barron Gift Collier, who was a millionaire traveling from NYC. Before roads, people visited the town using canoes, but as time progresses, Collier saw the increasing use of cars, thus he built highway 41, which we used to travel from Miami. Collier saw the fishing opportunities and other recreational potentials so the area became a famous spot for ecotourism. 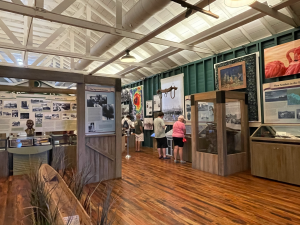 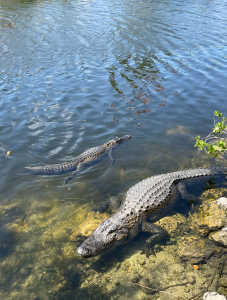 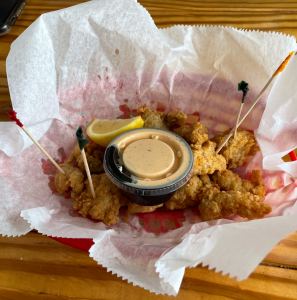 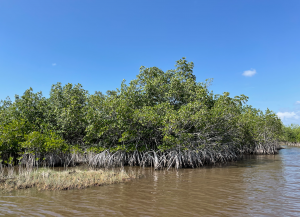 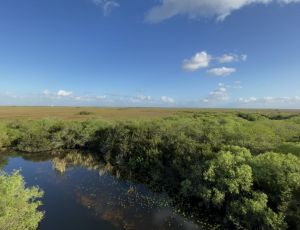 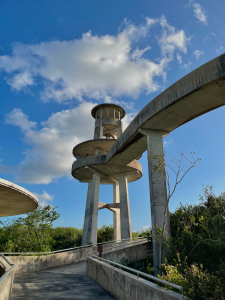 After visiting the Museum of The Everglades, we went to lunch at a restaurant called Triad Seafood which is situated on a dock overlooking the water. I tried fried alligator for the first time, and I did not like it. Also, I felt bad eating it. I ordered a Philly cheesesteak sub, and it was very good.

Our first-afternoon activity was an Airboat Tour at Wooten’s Everglades. An airboat is propelled by a gigantic fan that creates wind which pushes the vehicle forward through the shallow marshes of the mangrove ecosystem. Despite noise pollution, the engines don’t produce any harm to the water, which adheres to our topic of environmental protection and sustainability. One thing that our guide, JR, told us that I found interesting was that more saltwater is flooding into the swamps (only a few years ago the whole area was grasslands), thus pushing the freshwater further inland.

After the airboat tour, we had a 45-minute bus ride to our next destination, which was Shark River Valley Slough, or Shark Valley for short. Shark Valley got its name from being a valley between Miami, which is 25 feet above sea level, and Tampa, which is 18 feet above sea level. Where we were, there were no sharks to be seen though. Surrounded by a vast flat slough and shallow grassy marshland, there is nowhere for sharks to live. They live in the rivers further out from land, and closer to the ocean. We went on a 2-hour tram tour on a road through Shark Valley with a tour guide named Juan. He was quite humorous and taught us a lot about the wildlife we saw in the park. We learned that to measure the length of an American Alligator, take the length of its head and change inches to feet; that vultures poop on their feet to kill off bacteria, so they become white instead of black; and that the White Ibis is the last bird to leave after a hurricane hits and the first to come back…

A few miles into the park we stopped at an observation post, where we spotted a few snapping turtles. I felt at peace as we drove back to the visitor center, stopping occasionally to see a Great Blue Heron or White Egrets flying away in front of the setting sun.

We spent another one-hour bus ride back to South Miami, where we had pizza and checked in to our hotel. Despite our teachers’ initial doubts about letting us swim in the pool, we managed to convince them and won 40 minutes of quality swimming time that I believe perfectly wraps up this eventful day. 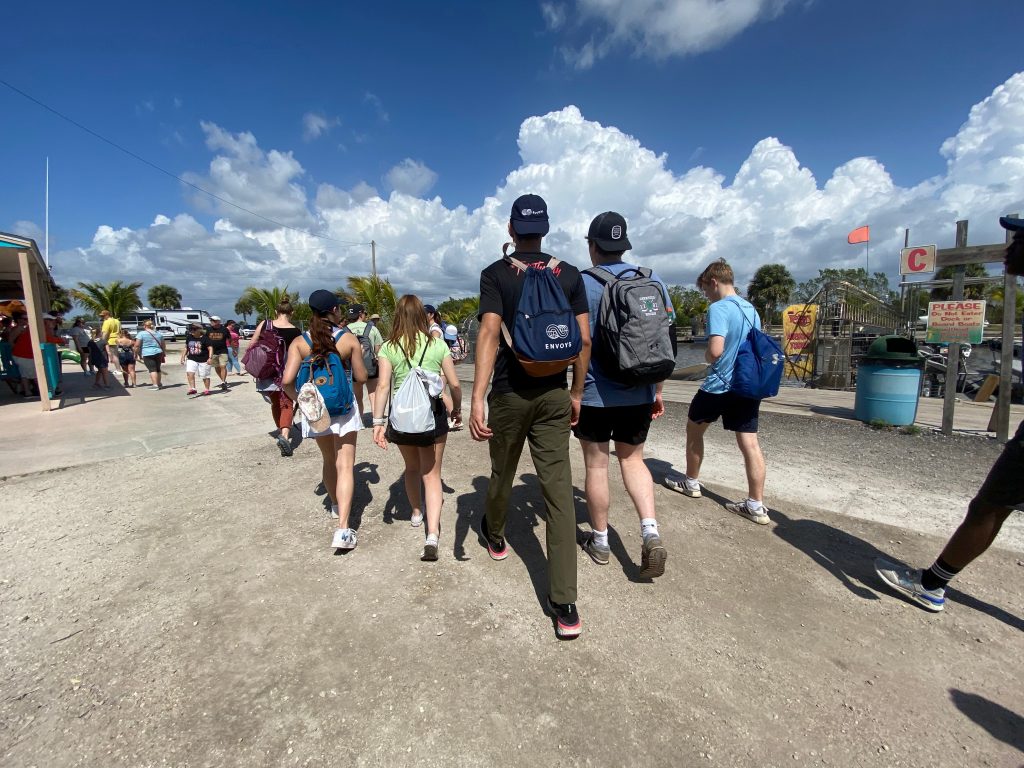