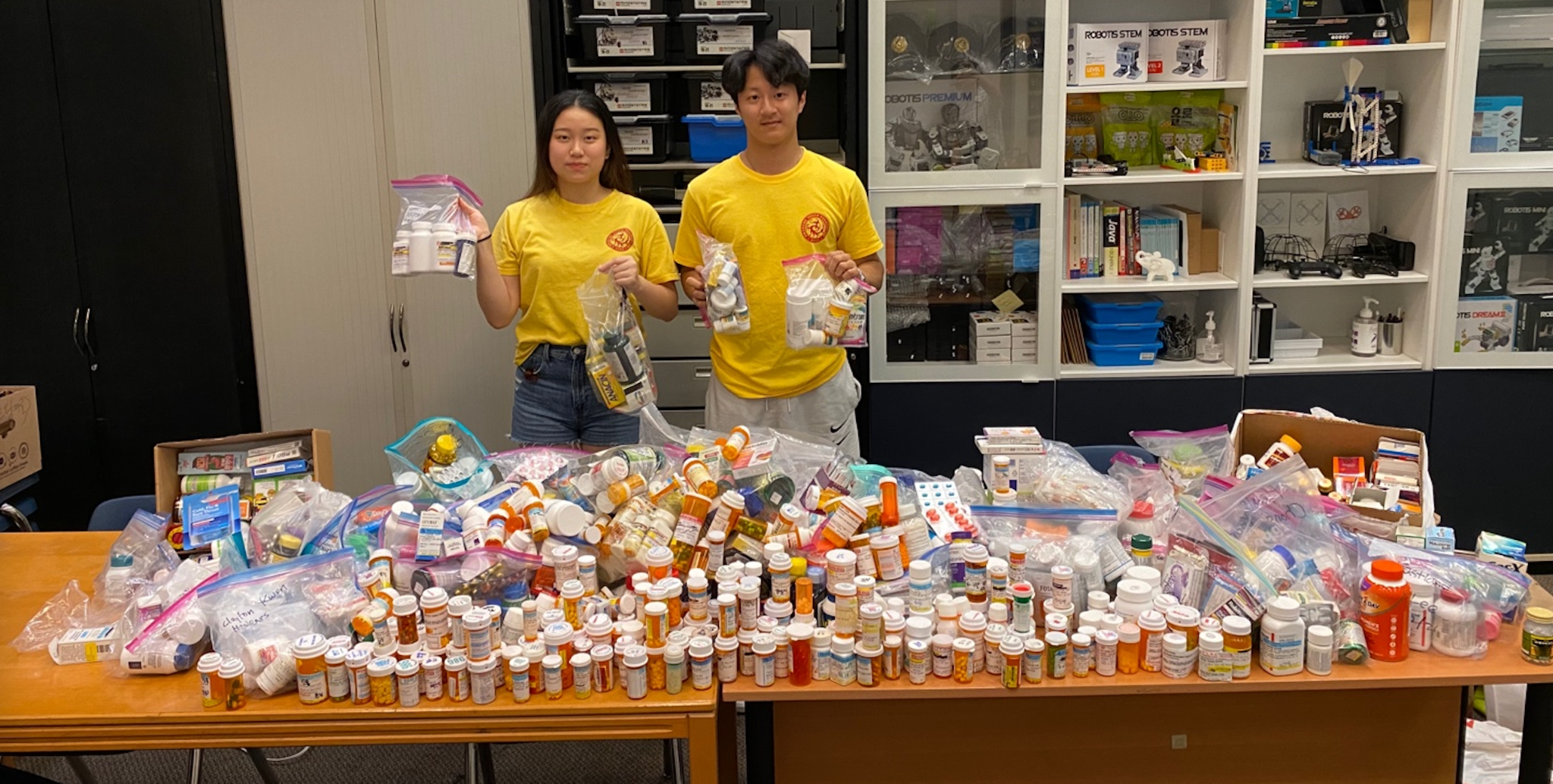 It has been quite the summer for me, I have achieved a lot of things thanks to the CSGC and the Earl/Mendillo grant. I want to give you all a story of what I have done until now, which also will serve as a reflection for further plans in the future.

The first seminar on the Opioid Crisis was held on July 17th. A little over 30 people attended, mostly my friends. Here I shared the insight that the LAPD shared with me, with various statistics that showed the severity of opioid usage in low-income, minority households, and Los Angeles in general. The statistics clearly showed that the usage was exacerbated after the peak of the pandemic. In this seminar, I asked my friends for help in collecting unused, outdated opioids around our community to reduce their vulnerability.

For a little over two weeks, I went around multiple households of Westlake, Harvard Heights, and Koreatown to collect these opioids with a few of my friends. Even from these two weeks, we already had three full boxes of fentanyl and oxycontin, prescribed by doctors as early as 2013. I realized that doing this by ourselves wasn’t going to solve the problem; just because we’ve temporarily decreased the vulnerability and exposure to opioids doesn’t mean that we decreased it for good.

According to a survey I shared with random Koreatown and Westlake residents (47), 72% think that drug misuse is a “very severe” issue in Los Angeles. Yet, this issue hasn’t been included in the agenda for city council meetings for a very long time. To me, it was pretty clear where the problem was coming from: people wanted to voice their concerns about the opioid misuse issue, yet their voices were gone unheard by the city council members. Surely enough, this issue was deeper than I thought. It turns out that the Koreatown community is split into four city council districts, weakening their say in raising issues of their community. Their voices are dampened by other well-off neighborhoods -towns that aren’t separated into districts hence having a strong voting power in solidarity, which rarely have issues with opioid misuse. Koreatown residents consist of 53% Latinx and 32.2% Asians, 68% of them being immigrants. Most of them don’t take part in politics and those who do are left unheard…no wonder why state funding for opioid treatment has been steadily decreasing in Los Angeles!

Thus, I decided to start campaigning for a petition that would combine these four districts back together. I reached out to four organizations that are involved in public health awareness; two of them responded. Thus, in collaboration with the KYCC and with the help of the Hwarang Youth Foundation, I went around the Koreatown district setting up booths in various malls and markets, asking them to sign the petition. After a month and a half (while also collecting opioids), we had about 200 online petitions and 25,000 offline signatures. This is something that I will continue to work on every time I come back home from school, and we aim to reach out to Mayor Eric Garcetti by July, 2022.

Meanwhile, other organizations in Los Angeles were starting to take notice; we had about 90 high school students from Fairfax High school, the Buckley School, and Robert F. Kennedy School collecting opioids from the community. Soon, I got an amazing opportunity to speak in front of the largest audience yet at the Korean American Federation of Los Angeles. A total of 1120 people came both in-person and online. Here, I spoke about various prevention measures, and what we, as citizens, can do to improve our community. This was also a great opportunity for me to meet leaders with similar interests, and plan for further projects together.

Unfortunately, with only three months, I had to leave for school just as things were starting to take off. Yet, the fact of the matter is, I was able to give what little I have to the community. For the near future, I have contacted the DEA to dispose of all the opioids that we have collected through their take back system, and am later attending a NIDA (National Institute on Drug Abuse) conference as a guest speaker in November.

Even though I started with raising awareness solely of the Opioid Crisis, I ended up touching on other matters as well, such as minority voice, homelessness, and healthcare funding policies. I believe that this is inevitable, for many issues tie into each other.

I learned that advocating for change requires tremendous amounts of work. Countless hours of outreach, preparation, and re-preparation are done behind the scenes. It is after experiencing this myself that I see that other advocates, expressing their voices for other matters, are also trying very hard. Much respect goes out to them, and I will continue to further change the community into a better place for all to live. Thank you to the Earl/Mendillo grant and the CSGC for this amazing opportunity. 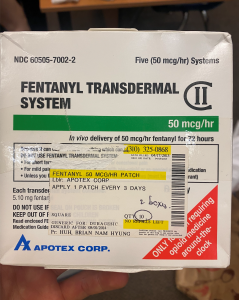 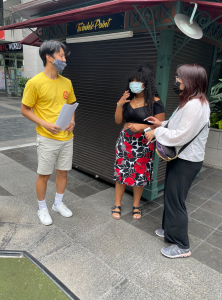 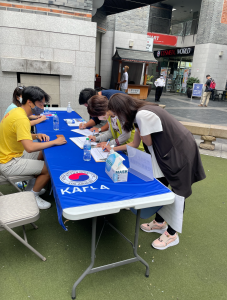 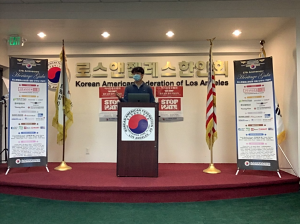 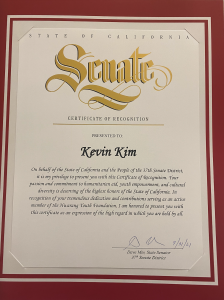 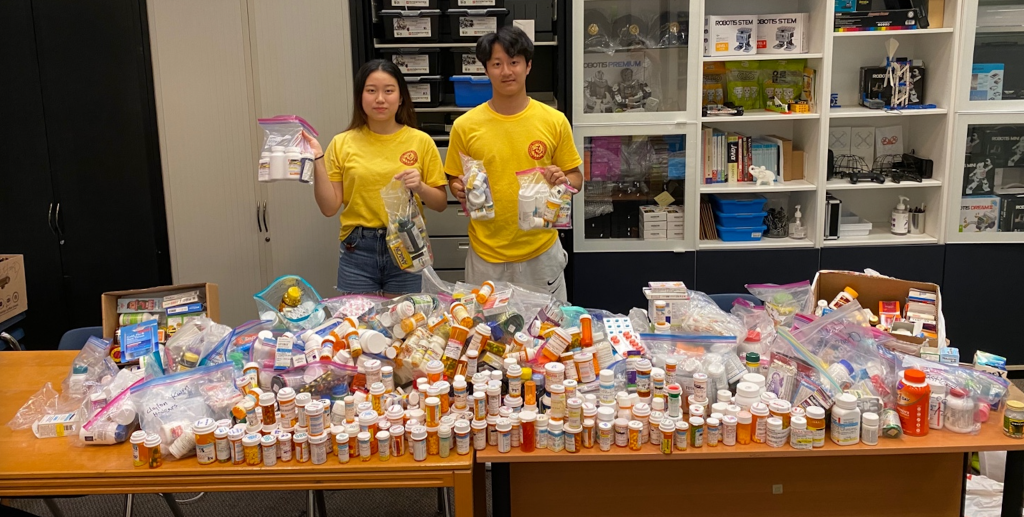