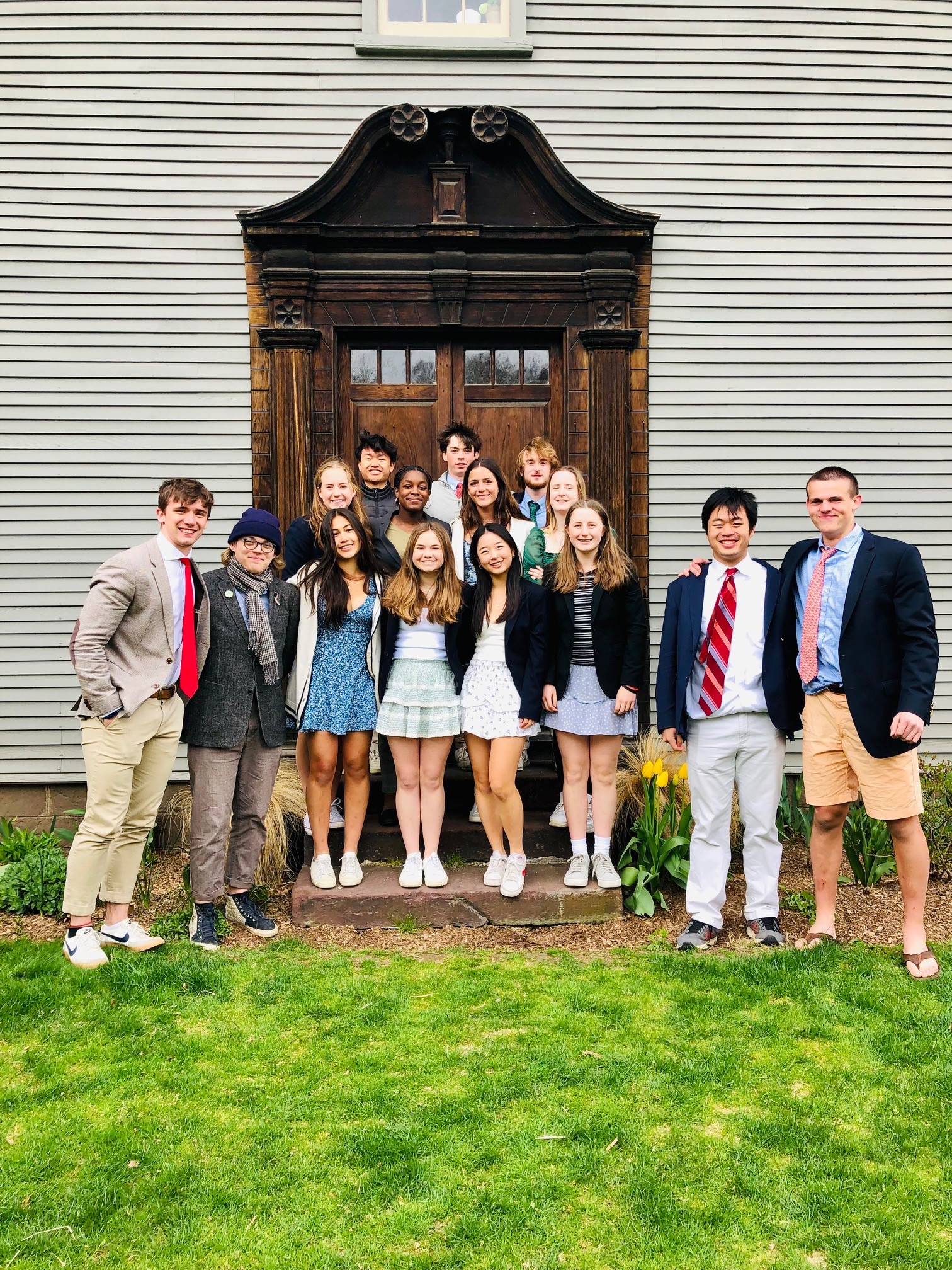 Varsity Softball: Sam Olander ‘23
Varsity Softball’s door of the week is Sam Olander.  Sam has been so consistent at shortstop this year!  She is one of the hardest workers on the team — always giving her best effort at practice and during games.  Nothing seems to get by Sam defensively, and she is a great communicator and teammate.  We are thrilled to have Sam on our team!

Varsity Baseball: Tom Spater ’23
Varsity baseball is excited to select Tom Spater as our DOTW. Tom played a solid defensive game in Wednesday’s extra innings loss at #3 Worcester. On Saturday, against #2 Dexter at home, Tom stroked a double to deep left center field and scored a run in game one of the doubleheader. Tom continues to progress with his dedication and hard work in practice daily. Keep up the great work Tom!

JV Golf: Tait Kline ‘22
Tait Kline is this week’s JV golf Door of the Week. Tait was the medalist (for the lowest score) this weekend with a 41.

Ultimate: Jerry Huang ’23
Jerry Huang ’23 has earned the Ultimate Door of the Week Award because of his unflagging and highly effective efforts as one of our two team captains.  Jerry is totally committed, both to the game, and to his job as captain.  Through positive modeling and a firm but welcoming style, he gets the team going each day and follows through right to the end of practice.  He is an excellent student coach, as well, lending his expertise and one-on-one skill-building help in an unassuming but confident manner.  As if this were not enough, Jerry is a team anchor.  He plays virtually every minute of every game with energy left over to cheer on his teammates and offer half-time pep-talks.  We’re so glad he’s on our team!​

Girls Varsity Lacrosse: Bliss Vernon ’22 and Morgan Giardina ’22
The Girls Varsity lacrosse team is thrilled to recognize two Doors of the week:  Bliss Vernon and Morgan Giardina.   Both players executed their best career performances in Saturday’s recent contest against Taft and proved instrumental to the day’s success.  In the goal-cage, Morgan came up with 20 saves and shifted momentum during some of the game’s most critical moments.   On the field, Bliss lead the team in defensive interceptions and played a key role in gaining draw control possessions throughout the contest.  Our team looks forward to both players’ continued leadership as the season progresses. 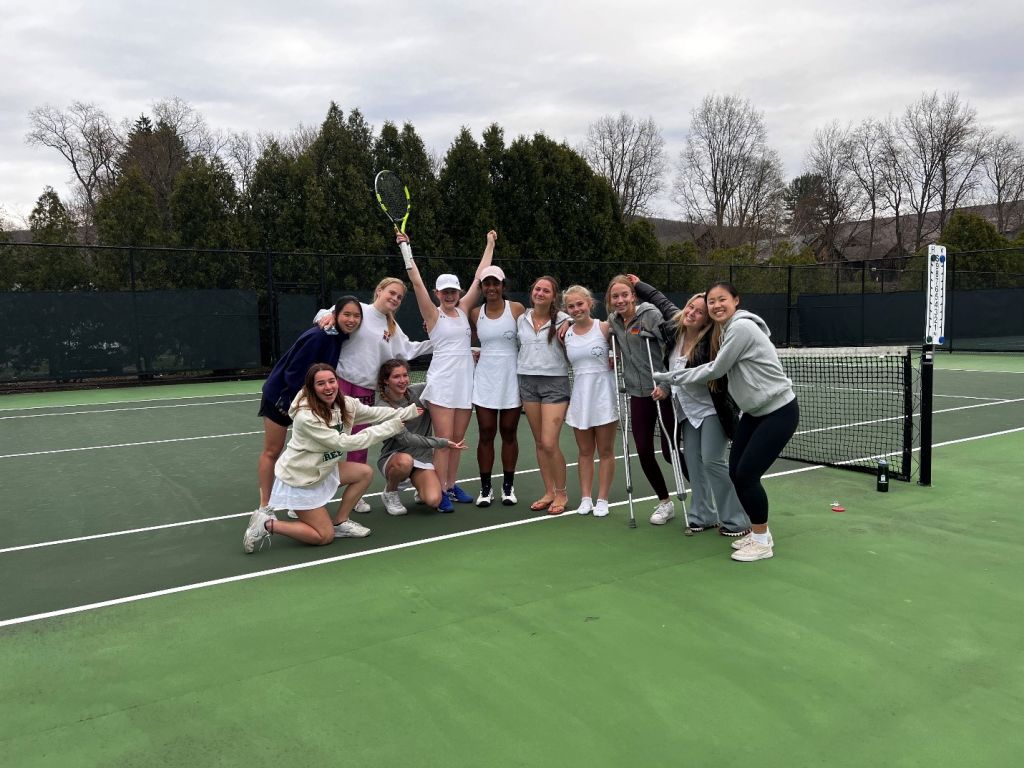 Girls JV Tennis: Giorgia Santore ’24
The DOTW for JV Girls Tennis is Giorgia Santore. On Saturday, Giorgia pulled out an outstanding 3-set victory to spoil Exeter’s chance at a shut-out. She and her opponent—a member of Exeter’s Varsity lineup—traded long rallies and games, and they were both relentless in their court-coverage. Giorgia displayed poise, power, and craftiness throughout the match, which extended well past the two-hour mark (remarkable especially given the no-ad scoring!). With both teams cheering from the bleachers, Giorgia served out the third set tie-break to win 6-3, 4-6, 10-7. At the end of yet another epic rally to close out the match, her teammates rushed onto the court to celebrate her win.

Theatre: Will Sussbauer ’23
Will Sussbauer has been an outstanding member of our company. They have lead by example as an assistant director, technician, stand-in actor, and stage manager to their fullest ability and always approach rehearsals with a blend of positivity and knowledge. From day one, they have taken initiative in every realm, making rehearsals run smoothly, efficiently, and enthusiastically. We couldn’t do it without them!

Boys JV Lacrosse: Thomas Moreau ‘23
Thomas Moreau ’23 was the DOTW for the JV Boys Lacrosse team.  He has been a leading scorer as well as making his teammates better through his creativity and distribution.  Thomas is a tireless worker who is a lot of fun to watch play each and every game.

Girls Varsity Track & Field: Adeeva Alli ‘25
This athlete has continuously worked at every practice, open to competing in various events, and has consistently supported her teammates. She recently competed in the javelin relay event at the hunt relays and scored the best throw for her team at 80 feet. After her event, she ran right over to help rake at the long jump event. Her positivity is contagious and we cannot wait to see what the rest of the season brings for this athlete. For girls’ track and field, this week’s door of the week is Adeeva Alli.

Theatre Tech Crew: Isabella Ordonez ’24
Isabella is a veteran of the Theater Tech Crew. She has mastered many different aspects of Technical Theater and is always willing to try new things. She has been active in the construction of the set for the spring musical “Twelfth Night, The Musical” and has now working on fabric accents for the set. Isabella exemplifies the best qualities of a Deerfield Door of the Week!

Girls JV Lacrosse: Annabelle Brennan ’23 and Lindsay Carey ’23
This week’s DOTW for JV girls lax goes to Annabelle Brennan ‘23 and Lindsay Carey ‘23. Annabelle has been tenacious in the midfield over the past two weeks, winning draws and ground balls, assisting and scoring goals, and playing tough defense. Lindsay has stepped up as a leader on both sides of the field. Level-headed and reliable, Lindsay has been playing smart defense, organizing our attack, redefending hard, and scoring goals. Keep up the good work Lindsay and Annabelle! 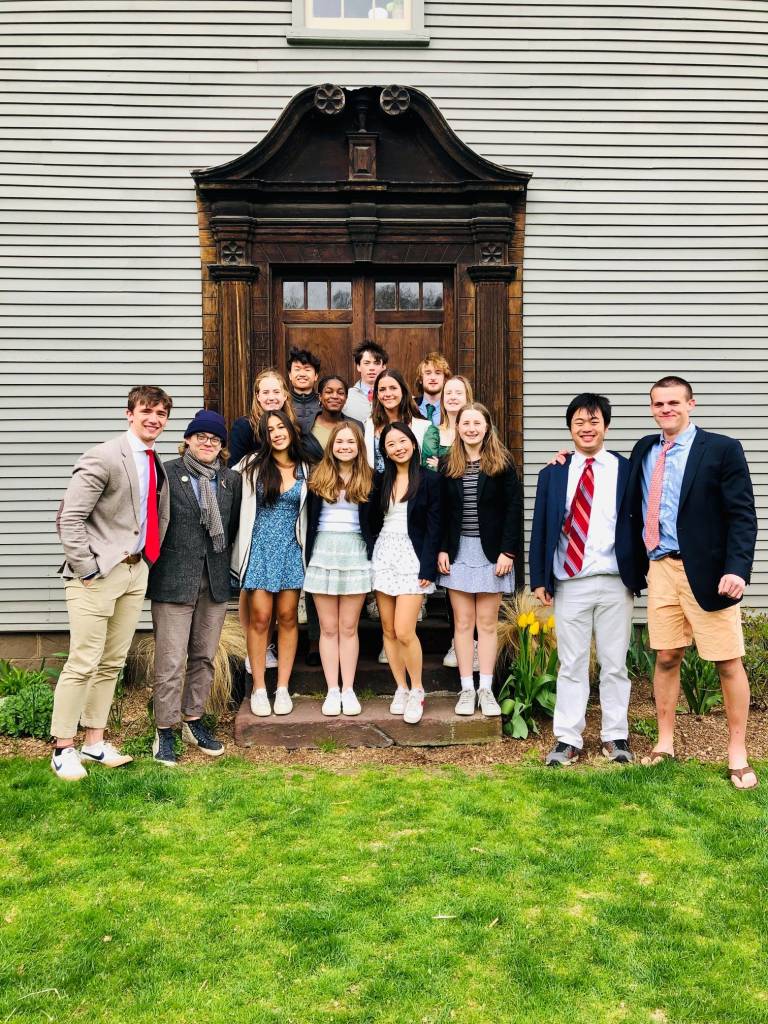