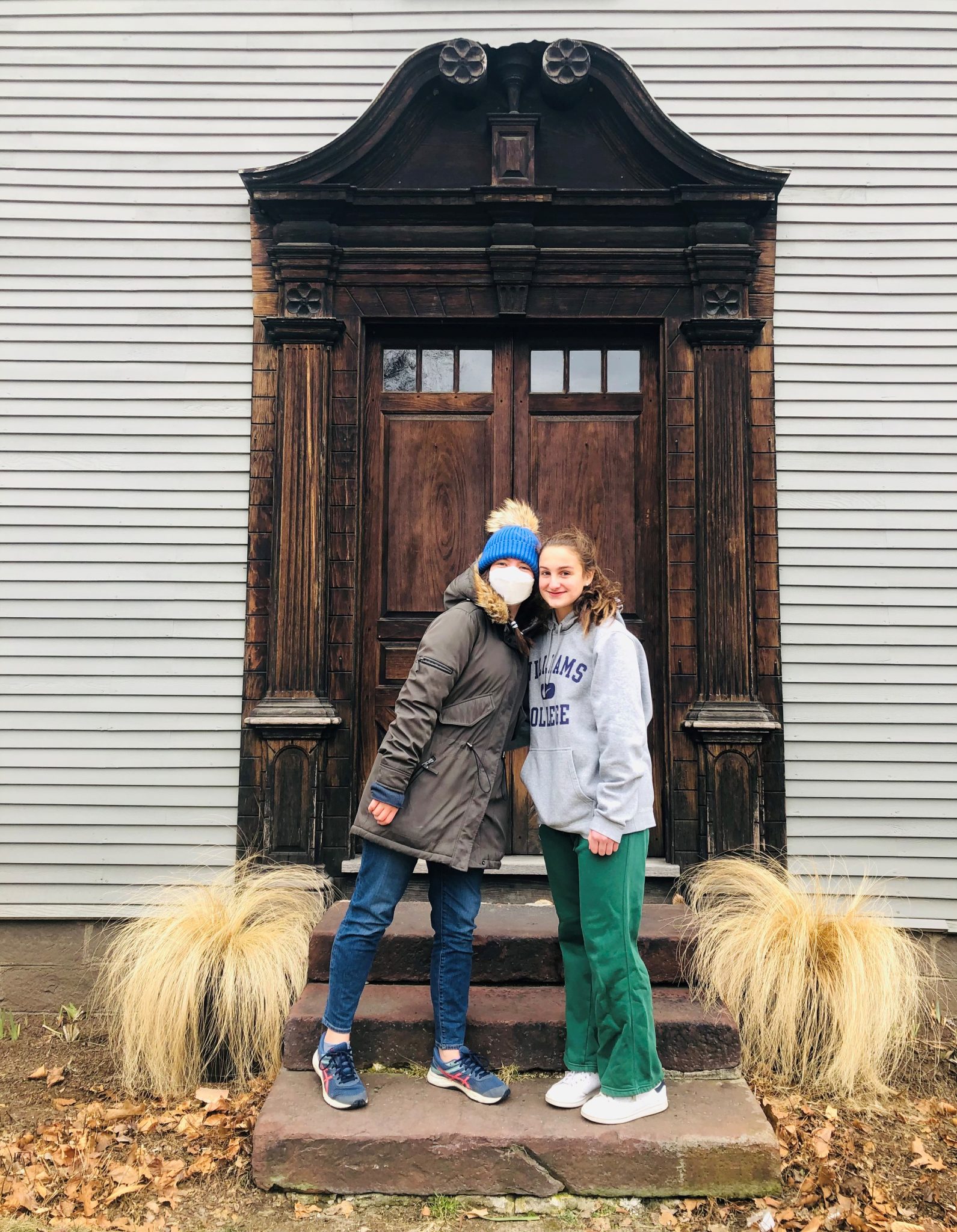 Rec Hockey: Alexandra Fierro ‘25
The rec hockey Door of the Week is Alexandra Fierro ‘25. Alexandra has improved so much over the course of the season. She is a smart player, a fierce defender, and she loves competition. She came up with some big plays in our game against the FCHL team last week and we look forward to her contributions in our upcoming game against the Deerfield JV team!

JV Swimming: Ella Hynds ’23
JV Swim’s Door of the Week is our wonderful Junior captain Ella Hynds. We truly can’t speak more highly of Ella and all that she has brought to the team this year. She really is the kind of athlete every team is lucky to have: she comes to every practice and meet with a positive attitude, takes on challenges with enthusiasm, and always leads by example. As the team’s only Junior captain, Ella has taken on a number of extra responsibilities in stride. Most notably, she ran a fun and fabulously creative captain’s practice that involved a number of wacky relays (swimming holding the hand of a partner, pool-noodle swimming, swimming in clothes) and cannon balls into the diving well. Ella’s swim has also improved greatly through the season, dropping one and two seconds in the 100 back and 100 free respectively, and a whopping five seconds in the 50 back. When she’s not in the pool, she’s the first to cheer on her teammates. We can’t wait to watch Ella swim in our final meet this Wednesday and are thrilled that the team will remain in her competent hands next year.

Girls Varsity Basketball: Avery Izzo ‘24
This week’s athlete is Avery Izzo ‘24. This weekend during our tournament at Exeter, Avery stepped on the court with the high levels of hard work, energy, and positivity that she always brings to every game and practice. Despite being one of the smaller members on the court, she hustled and got many of her own and others’ rebounds during our game against Milton. Avery made great use of her time on the court during that game in which she made smart decisions with the ball and showed her trust in her teammates. She has been an incredible contributor to our team this year—her hard work and enthusiasm are always appreciated by her coaches and teammates! 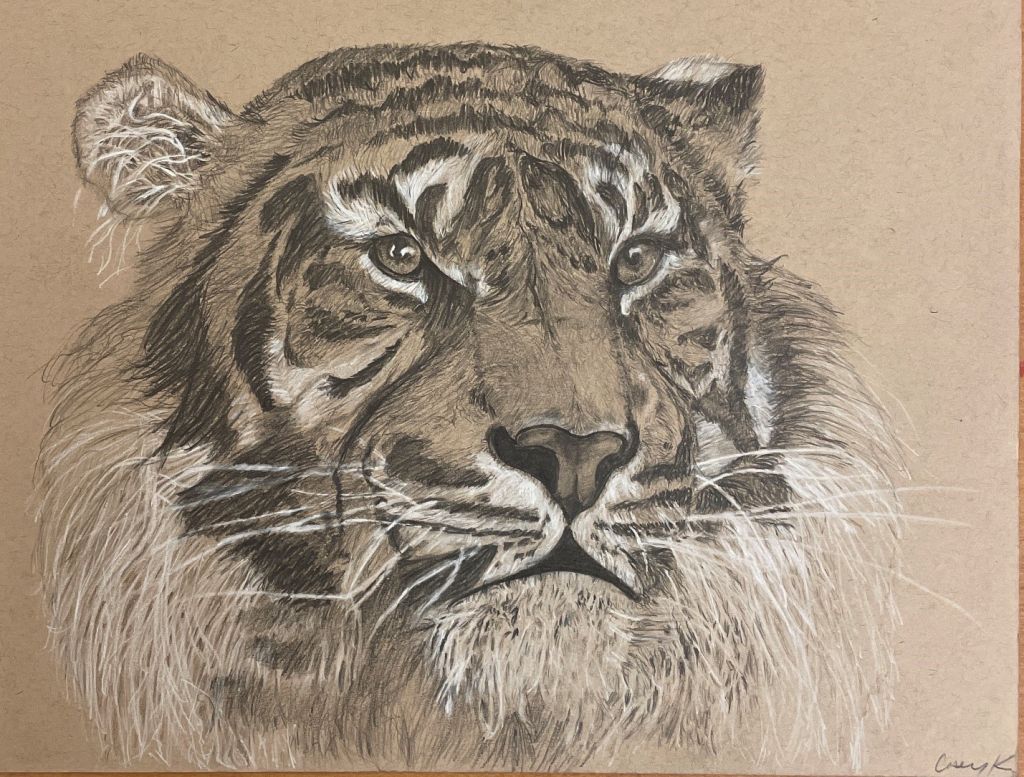 Boys Varsity Swimming & Diving: Sam Chutkow ’22
Sam Chutkow is the epitome of a versatile athlete who is contributing to three teams in his PG year at Deerfield.  Swimming is really his third sport.  And Diving, well you could call it his fourth sport – and it’s one he had not done since 10th grade.  On a Swim and Dive team that had no divers to begin the season, Sam Chutkow stepped up to help the team out; re-learning how to dive and scoring points for us at each meet this year.  In fact, Sam has taken first place in every diving match this season!  As we begin the last two weeks of the season in preparation for our New England’s Championship meet, Sam is hard a work fine tuning dives like –  a Back Dive with 2 ½ summersaults with a half twist!  The Diving portion of our Championships will be held on Wednesday, March 2nd (with Sam diving between 3:00-5:30 PM). I invite you to come out and support this stellar PG student – there is potential for him to place in the top three and with your support maybe even… 🙂
Sam has been a mature and fun leader on the team this year who daily demonstrates a strong team-first mentality.  He is truly deserving of this Door of the Week honor.  His coaches are very excited to cheer for him on March 2nd and hope you’ll join us in that endeavor!

Girls JV Squash: Avery Brooker ’24 and Valentina Williamson ’23
This week’s DoTW nominations for Girls JV Squash go to Avery Brooker and Valentina Williamson.  Avery, a new-comer to the school and the team, actively cheers on her team-mates during matches and is a constant source of support to those that play close to her on the ladder.  Valentina, a returner to the team, worked hard in her battle against a player from the Boys Thirds Squash team this Monday, and she did a nice job of staying focused despite the loud cheering that was going on right behind the glass.  Thank you for your hard work, Avery and Valentina!

Girls Thirds Squash: Clara Chae ’23
The DOTW for Girls Thirds Squash is Clara Chae. Clara is a model for playing thoughtful, competitive, and gritty squash. She’s also an expert on strategizing—either for herself or one of her teammates—between sets. She helped lead the team through its back-to-back victories against Andover and Choate last weekend, and has set the tone for the season with her steady, positive leadership. Great work, Clara!

Boys Thirds Basketball: Brendan Butz ’23
Our DOTW is Brendan Butz. Brendan had a strong showing in our 3-point contest in practice on Tuesday, then followed that up with a 15-point day in the loss to Loomis. He shot 50% from the field and tied the season high for points in a game. 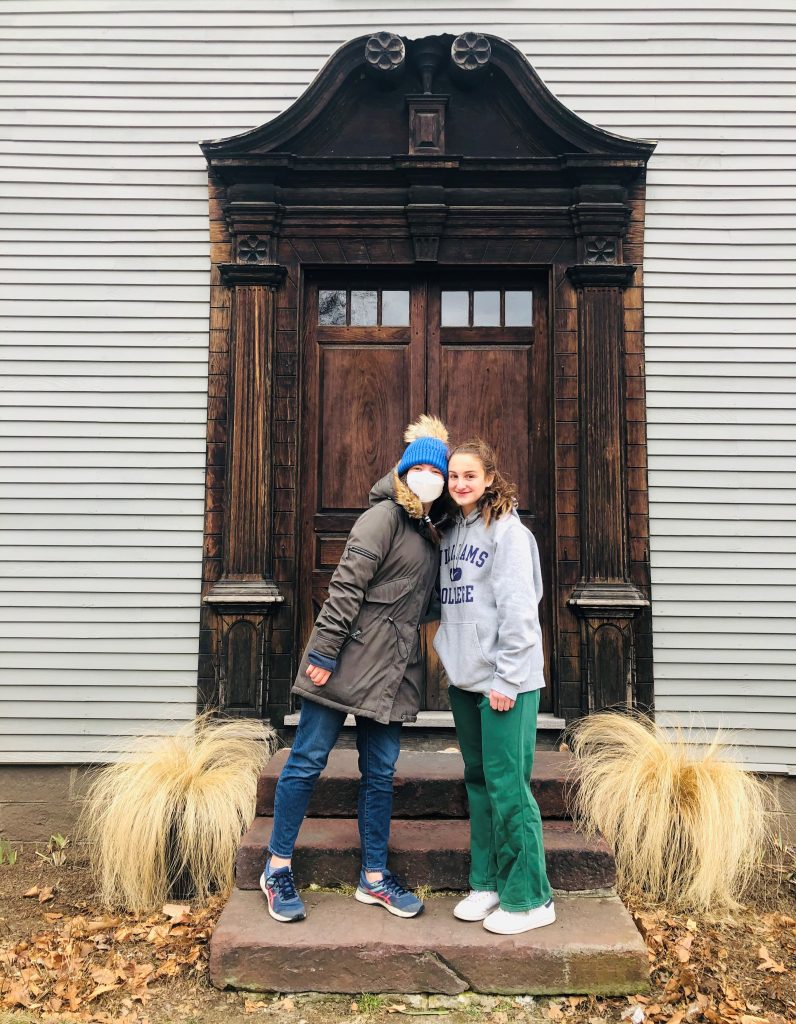