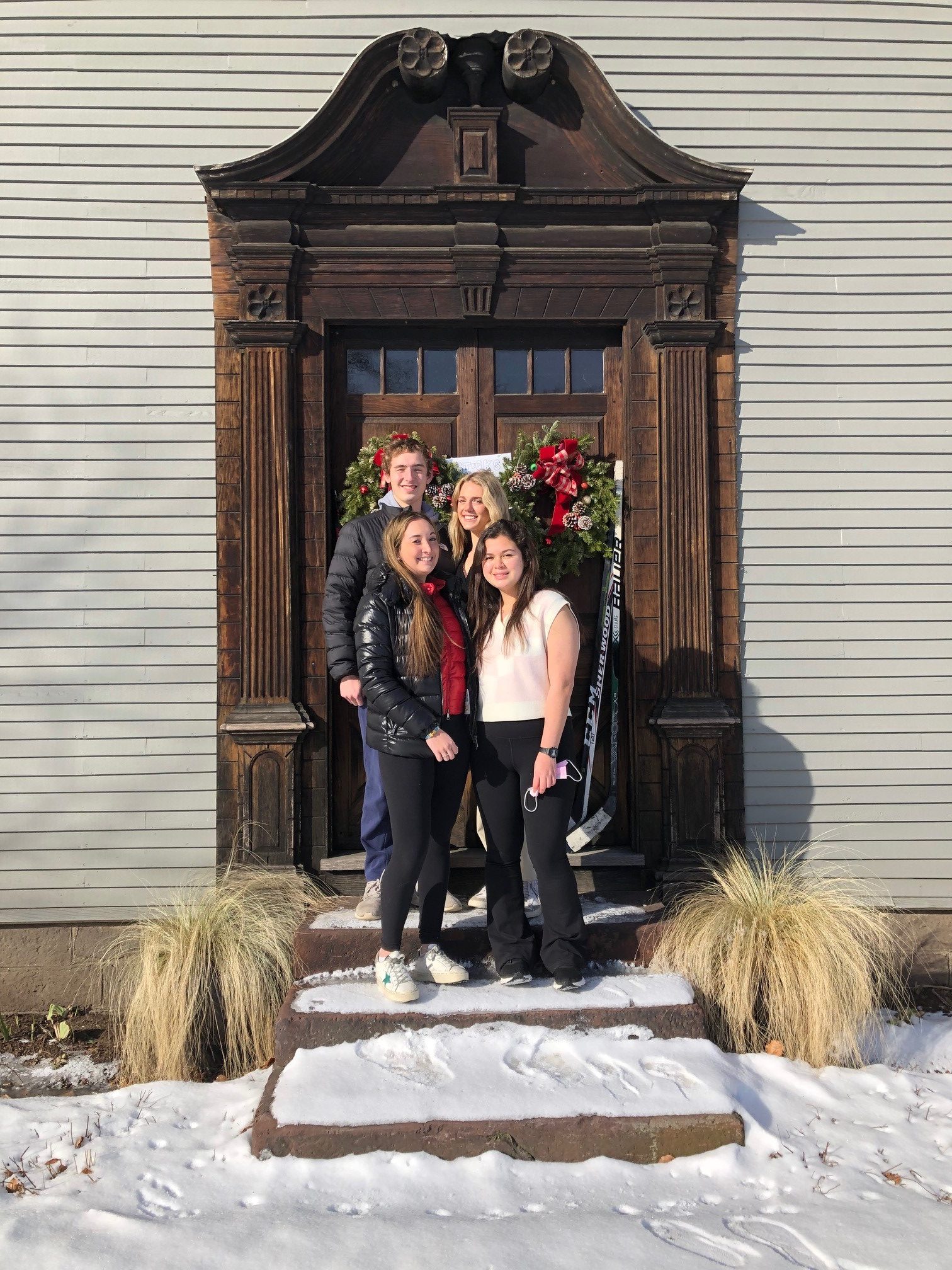 Boys JV Squash: Matias Cushman ’25
Though Matias is the sole 9th grader on B/JV squash, he has shown excellent poise and maturity in competition. As the sole victor in our loss to Choate last week, Matias had to overcome significant challenge in his opponent, picking apart his weakness and simply outworking him as the match progressed. Once he was up 2-1 in games, Matias was in control and though he needed overtime to win the fourth game, he remained confident and eager to win. Matias has also won some challenges matches lately and is now #1 in the ladder. He may not be on the JV much longer!

The Rec hockey door of the week is Chase Cherewatti ‘22. Chase loves hockey and loves being out there with his teammates. He is a natural leader, regularly organizing the scrimmages and the team cheer at the end of practice. As our starting goalie, Chase has made some excellent saves in net and is working hard to prepare for our game against the JV girls team later this winter. We look forward to his stellar play and positive attitude in the coming weeks!

The DOTW for Girls Thirds Squash is Taryn Boonpongmanee. Playing the #1 spot on a ladder is always tough, because it inevitably means competing against the other team’s best player. Taryn is the perfect #1 player, because she is fearless, joyful, and a brilliant competitor. In each of her matches, she has played a tight first set—on Saturday against Taft, for example, she scraped out an 11-9 win. However, Taryn makes quick, smart, and devastating adjustments mid-match: she picks apart her opponent’s game, finds a weakness, and exploits it. She often tears through the next two sets as a result, and Saturday was no exception: she went on to win 11-4 and then 11-0. Taryn’s tough matchplay and irrepressible energy have helped set the tone of the rest of the team!

If you want to talk about spectacular athletes, you should check out Isabelle Schwartz, the Door of the Week for JV Swimming.  In the same week that she moved up to the fast lane in practice, she took on the toughest of events in a meet, swimming the 200 and 500 freestyle as well as the fly in the 200 medley relay and the 100 freestyle in the 400 free relay.  Earning her season best times in the 200 free, 50 fly, and dropping eight seconds in the 100 free meant that she had a spectacular day.  She likely would have made a best time in the 500 as well, but it was her first time swimming the event.  The best part of the day was her mentioning that she needed to get back to the dorm so she could study for a chemistry test.  A consummate student-athlete, she is a swimmer to watch.

Our door of the week for girls varsity swimming is Katie Lawrence.  Her teammate, Sunny Nie chose Katie for the award with the following remarks. “The award this week goes to someone who always works really hard and is always really positive.  Every day she pushes herself during our hard sets and she inspires others to push themselves too. She was dealing with an injury last week but she never missed practice and instead she found a way to train around her injury.  This weeks award goes to my fins partner, Katie!”

The DOTW for girls’ hockey goes to Jackson Kinsler ’22. Jackson is a three year stand out for our team, not just because of her talent, but for her work ethic and team-first attitude. She puts forth her full effort every day, wants to get better, and is always positive and supportive of her teammates. In the past few weeks her game has grown, she’s someone we can count on in key defensive and offensive situations. She did a phenomenal job on the penalty kill, and her speed and aggressiveness in the offensive zone resulted in her first goal of the season! We can’t wait to see what the rest of the season brings for her. 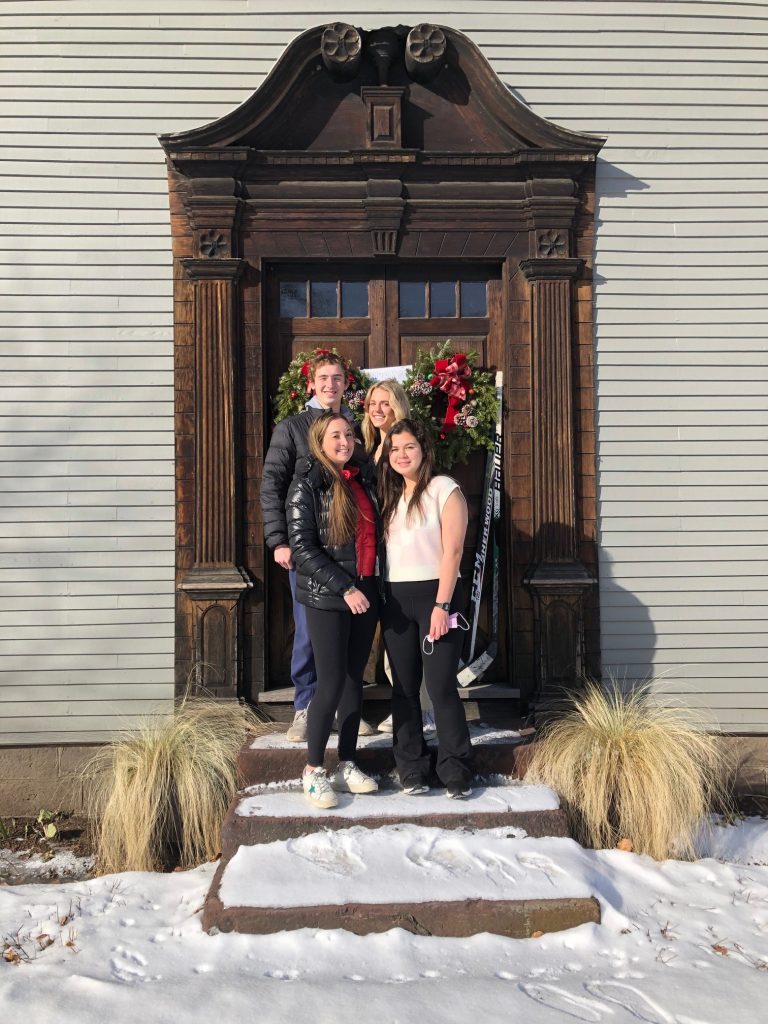