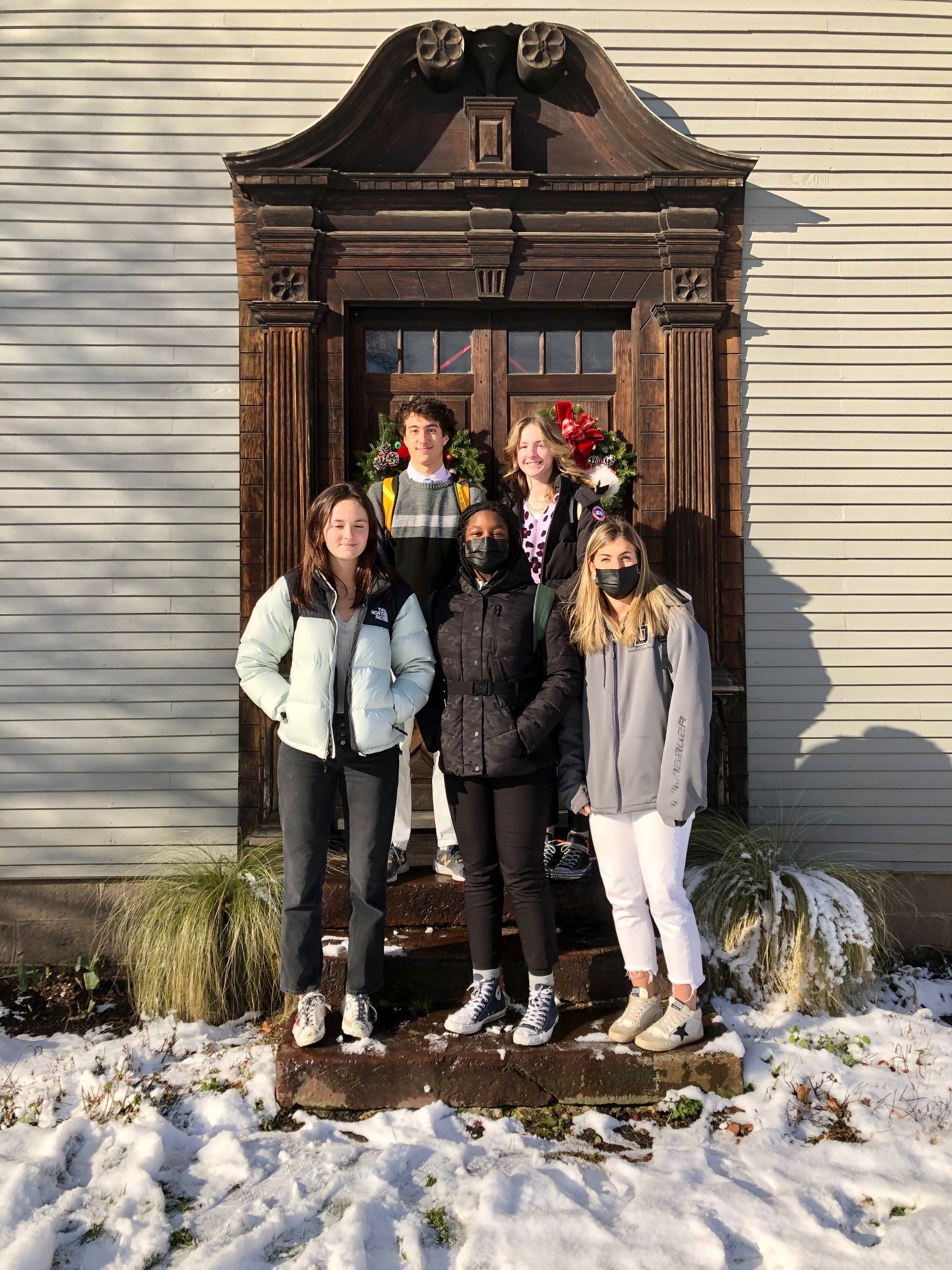 Congratulations to our first winter term 2021-2022 Doors of the Week!

Girls Varsity Hockey: Sara Robert ’22
Sara has been a stalwart member of the team since her sophomore year, and it’s been great to see her growth as a player over the years. She’s become someone the team can rely on in any situation on the ice, and is a very hard worker. That was especially true in our opening game of the season against St. Marks. With only three defense, Sara stepped up for her team and went back on the blue line for the game, a position she has never played before. She did a phenomenal job as a defender, and was an amazing teammate all game long. We appreciate her dedication to the team-first mentality and are excited to see what she’ll accomplish this year!

Rec Hockey: Connor Olson ’22
The Rec Hockey Door of the Week is Connor Olson ‘22. He has brought a tremendous amount of enthusiasm and energy to practices (even the early morning ones) and he has set the tone for a fun season. We are excited to have his leadership on the ice and look forward to a great winter. 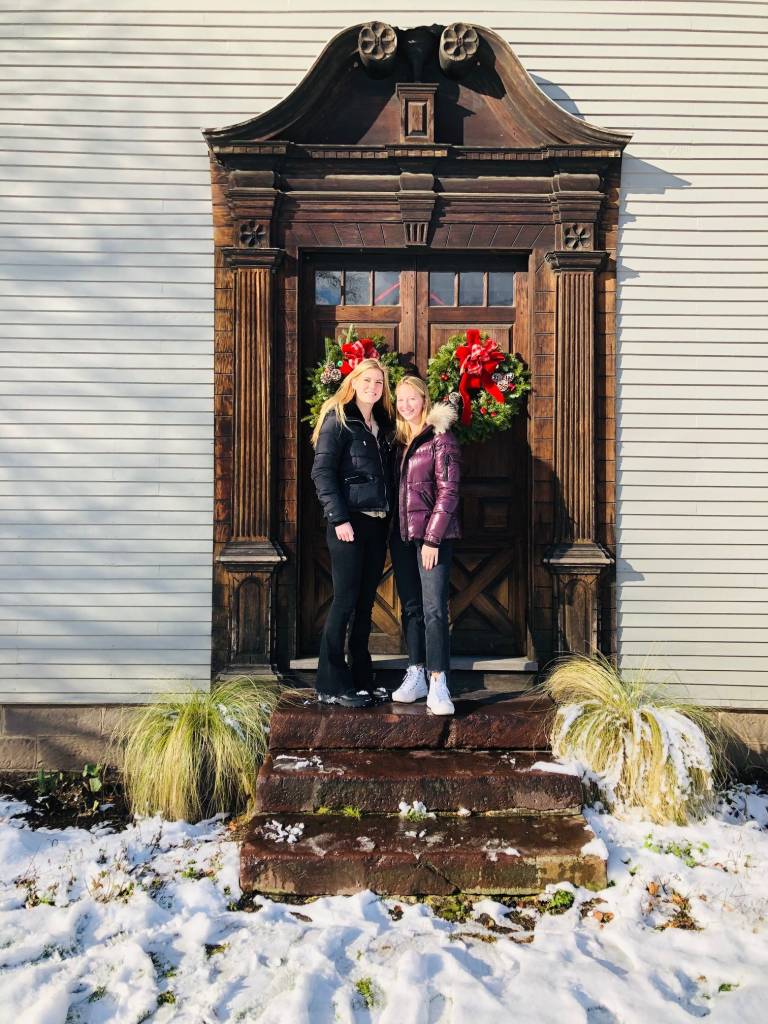 Girls JV Squash: Olivia Waterfall
Our first Door of the Week for the Girls JV Squash team goes to Olivia Waterfall, who played on the #1 spot on our JV ladder. This past Saturday, she challenged her Hotchkiss opponent through four sets. After winning her first set (a close one at 12-10) and dropping the second set, Olivia came back to win two consecutive sets— she won her fourth set 15-13, and Olivia defeated her Hotchkiss opponent by scoring 13 points in a 13-11 victory. She earned her hard fought win!

Girls Varsity Squash: Maeve Baker ’23
The Girl’s Varsity Squash team faced off against a strong Hotchkiss team for the opening match of the season.  After a long afternoon of very exciting play, the team score was tied 3-3 heading into Maeve Baker’s ’23 match at the #1 position.  Maeve is an exceptional competitor and is always ready to rise to a challenge.  She played disciplined squash, dispatching her opponent in four games and clinching the victory for Deerfield.  Maeve works incredibly hard out on the squash courts, leads by example every day and she is our first Door of the Week!

Girls Varsity Swimming & Diving: Elizabeth Kelly
Cam Howe states: “We are giving this award to someone whose energy we really admire.  She came in and she was ready to go from day one which can be  hard when you are new to a team so we really respect her for that.  She comes to practice every day with the best energy and she totally embodies the good vibes that we value as a team. She also really cares about her teammates and it was obvious at the meet on Saturday because she was so encouraging and so kind to everyone. She also pushes herself at practice by working hard and going on the fastest intervals.  It’s clear she wants to get get better as a swimmer and it’s only week one!  She is truly the best and we love having her as part of our team!”

Boys JV Squash: Harry Church
Harry worked hard in tryouts to earn a spot on the JV team. With little match experience, he made the trip to our rival Hotchkiss for the team’s first match of the season. He was playing in the bottom spot on the ladder and with the team match on the line, he was one of the last matches remaining. The score of his best of 5 match was 2-2 and he had come back from 1-2. Between games, knowing that he would serve to open the deciding game, I coached him to look his opponent in the eye to mean, “I’m going to win this game and this match for my team.” And Harry took the challenge! He made confident eye contact and a little nod, served a blistering ball, and went on to win the game, his match, and the overall match for the team. His poise and competitiveness were incredible. And we have been joking with him about it ever since.

Wrestling: Adeeva Alli ’25
Varsity Wrestlers have yet to compete (but you’ll see us on the mats against Choate and Belmont Hill this Saturday, 11 December). Since we haven’t faced opponents, we’d like to recognize a new wrestler, one whose grit, graciousness, and tenacity have stood out from the start: Adeeva Alli ’25 is our Door of the Week for Varsity Wrestling. New to the school and the sport, Adeeva has accepted every challenge with resolve. She’s undeterred by the abundance of technical instruction; she’s unwavering in her commitment to incremental improvement; and she’s a kind, calm, generous presence in a high-intensity sport. Adeeva fully embodies this season’s Varsity Wrestling values: Love, Humility, and Purpose. Can’t wait to watch Adeeva’s wrestling journey!

Girls Varsity Basketball: Kate Kelly ‘22
This week’s athlete is Kate Kelly ‘22. In these opening weeks of practice, Kate has shown her commitment to her teammates and drive to continue developing her own skills, which has helped to cultivate a positive team culture. Transitioning into a captain role for the team this season, Kate’s focused court presence, hard work, basketball IQ, determination, and warmth as a leader on and off the court have shown through and through. 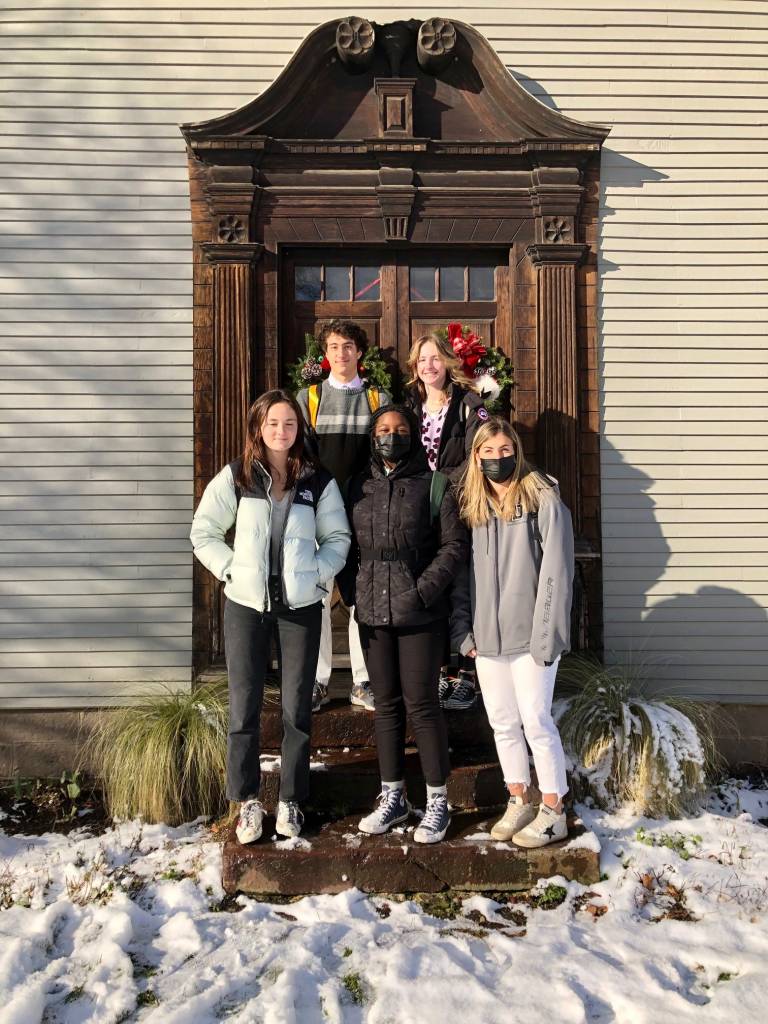