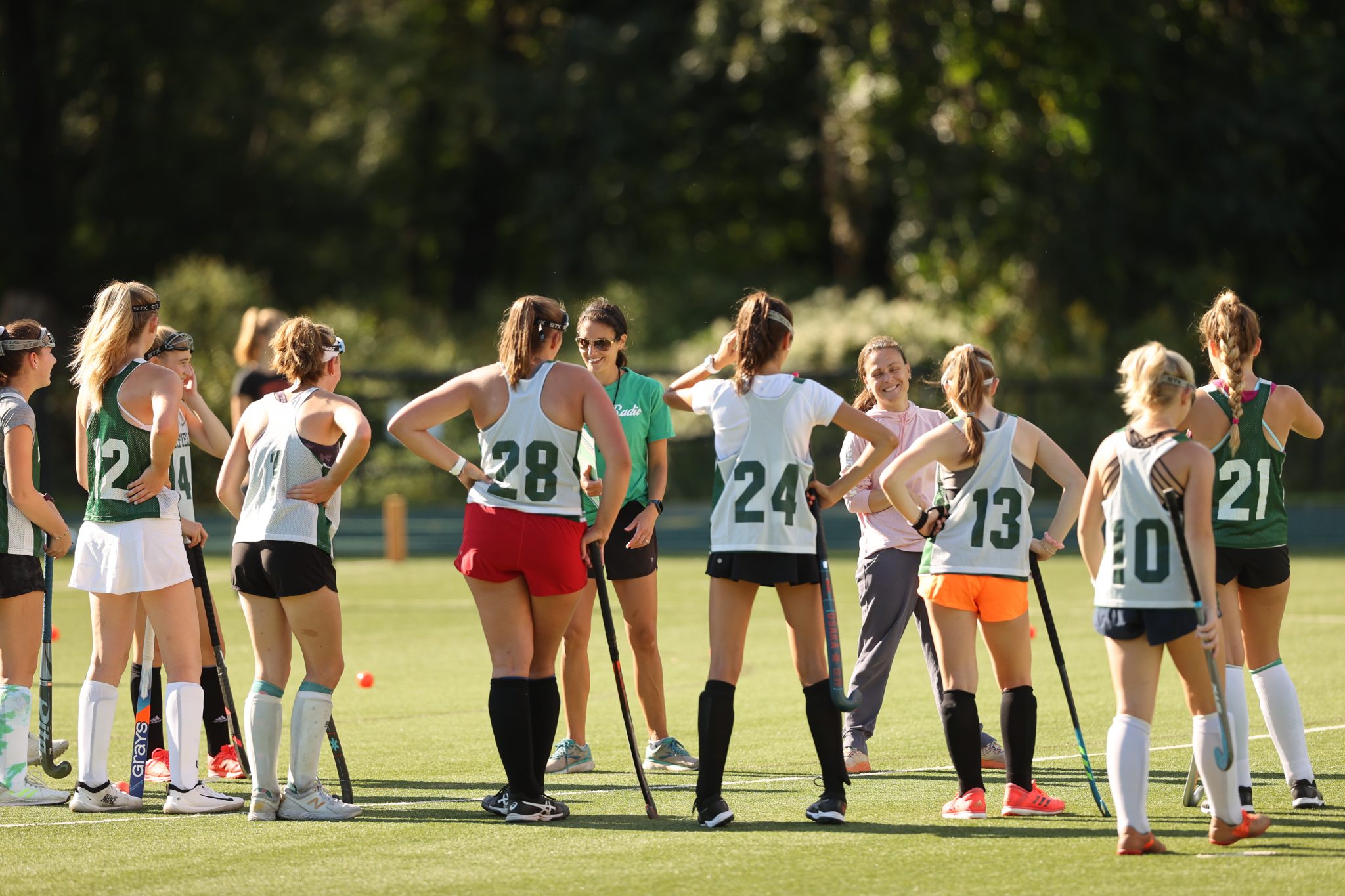 Last week, Deerfield fall teams completed their first full week of practices. The week began with team rosters being finalized and concluded with scrimmages against outside competition for several teams including, varsity field hockey, girls varsity soccer, boys varsity and JV soccer and varsity football. Read on to learn more about each team’s week of practice.

Check out some of the action from last week’s practice on SmugMug!

Looking ahead to this week, Deerfield teams are eager to kick-off their 2021 fall seasons! Click here for the upcoming game schedule.

Boys’ Thirds Soccer:
With over 100 sign-ups, the Deerfield Boys’ Soccer Program is rich with talent heading into the fall. The shaping of rosters out of this deep pool, however, has required extended time and deliberation. But while we wait for our final team, those players already assigned to Junior A have been working hard on learning our new 4-3-3 formation, maintaining possession, making accurate and well-paced passes, and one-touch shooting. On Monday the team completed its fall community service by volunteering at the Franklin County Fair, diverting waste from landfills. We look forward to our first full-team practice on Wednesday in advance of our home opener against Brattleboro High on Monday.

Girls Varsity Soccer:
The Girls Varsity Soccer team enjoyed a week and a half of pre-season work on the practice field before getting to experience their first game-like atmosphere since the fall of 2019.
Deerfield welcomed Vermont Academy, Kimball Union Academy, NMH and Berkshire for a play day this past Saturday, allowing the team to test what they’ve been working on in preparation for the official start of the season on Wednesday September 15th against Milton.
Although no official score was kept, the three 30 minute games against Kimball Union, Berkshire and NMH resulted in a win, a draw and a loss respectively. The opportunity to test ourselves against outside competition had everyone excited on a beautiful late summer day where the sun was shining and the fields were full of fans cheering on the Big Green! 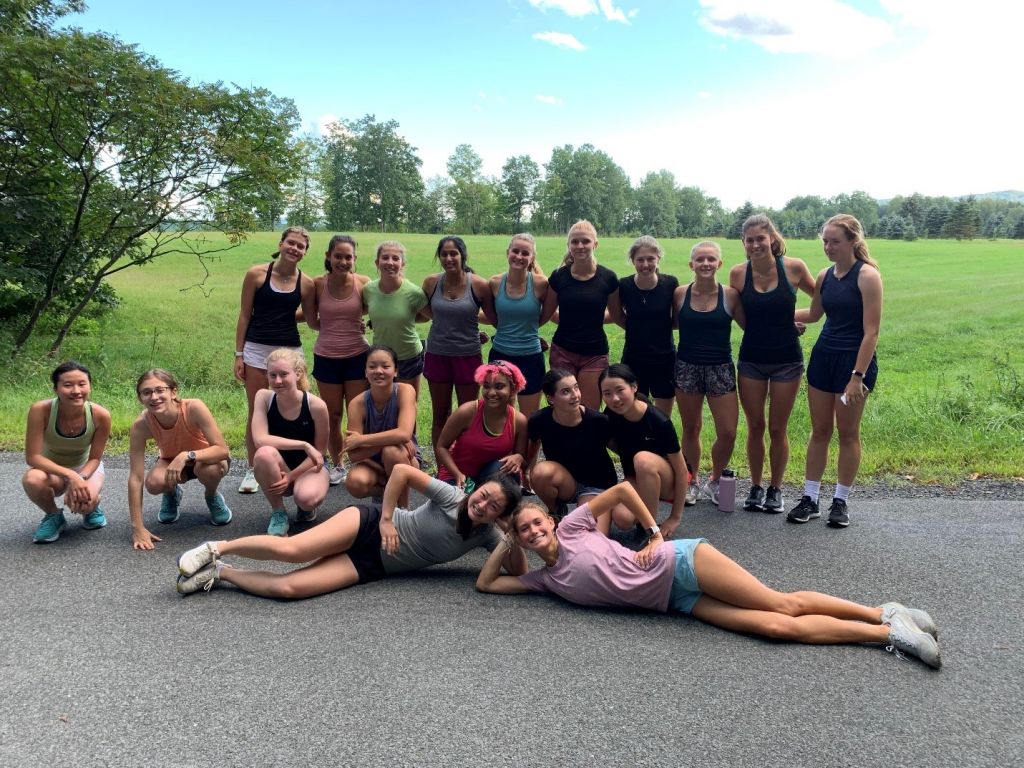 Girls Varsity Cross-Country:
The first full week was an exciting one for the girls cross country team. We began the week by making our long-awaited return to the south end of Green River Road for our first long run of the season, and it was beautiful! The weather was perfect, and we enjoyed taking our time to run on a nice dirt road alongside the glistening river. Later on in the week, the girls did a great job with a grass workout and then, after a few recovery days, a track workout. Finally, we ended the week with yoga, popsicles, and puppies – a perfect way to start the weekend and look forward to our first meet next week.

Girls JV Volleyball:
The volleyball season stated off quickly with over 60 girls tryout out for the 3 volleyball teams. JV volleyball has 8 returning members and 8 new players on its roster. The team looks strong after the first full week of practice and is eager to test themselves for the first time in 2 years. Our first game is at home on Wednesday the 22 and hope everyone can come out.

Girls Thirds Soccer:
Thirds Soccer has gotten off to its official start now that teams have been selected. We spent the week getting to know each other and reviewing the fundamentals of passing and footwork. The week culminated with a friendly scrimmage where we combined with the “Quad Squad” or our field neighbors, the Junior B boys’ soccer team. We look forward to another week of preparing for the upcoming season.​​ 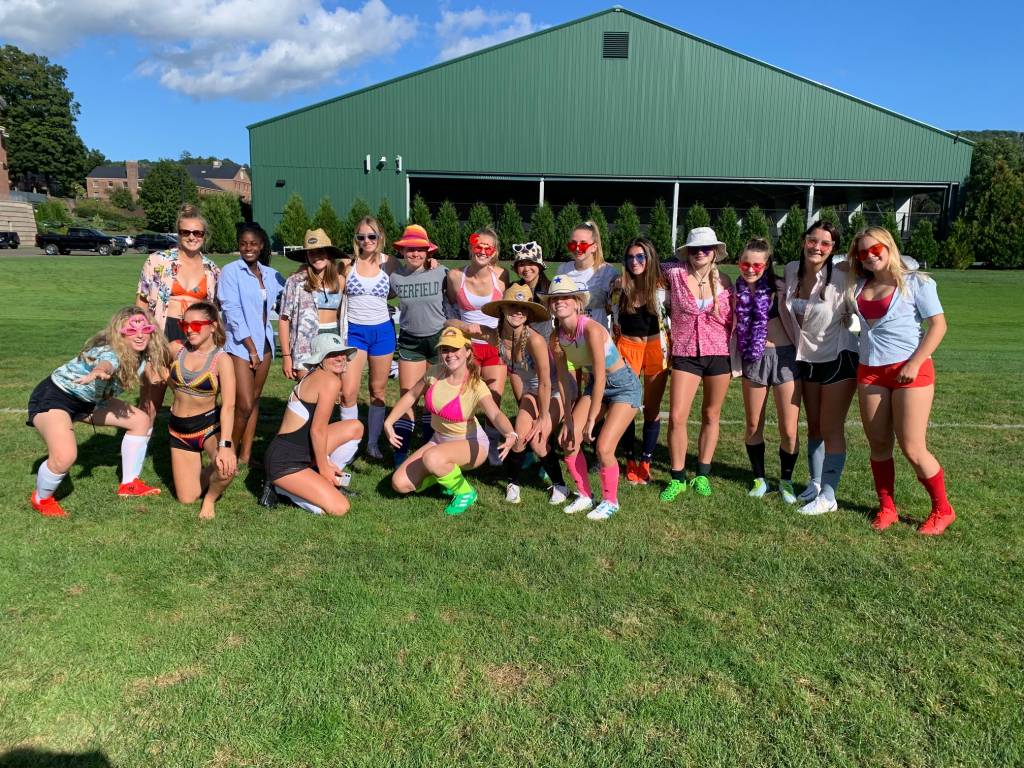 Girls JV Soccer:
JV soccer finalized our team this week, and worked on the fundamental skills we will need to be successful this season. We ended the week with our traditional “Fun Friday” dress, which was Beach Theme, and enjoyed the beautiful weather together.

Boys JV Soccer:
This was an opening day sequence of short scrimmages so we could play 11v11 at full speed, put our practices into action, and learn about ourselves. Everyone got lots of playing time and we tried various configurations. While I’m proud of going 1-1-1 for the day, the score was really secondary. Yesung Lam earned a PK, which Taeeon Kong converted well. Heskey Samu capped off a nice set of passes from Ocean Feng and Taeeon Kong with an elevated left foot shot from distance. Perhaps our best stat was 50+ mins of clean sheet soccer to open the season. The boys were spirited, supportive of each other, and showed great promise.

Girls Thirds Volleyball:
This year, we have 16 dedicated players on the 3rds Volleyball team.  We are led by four seniors – Hannah McKie, Sydney Dinkins, Julia Shulman and Julia Hoie.  We also have a nice mix of four juniors, three sophomores and five freshmen.  The team has been working on passing and serving daily and learning how to communicate on the court.  We are eagerly looking forward to our first match this Saturday, September 18th at home against Suffield Academy. 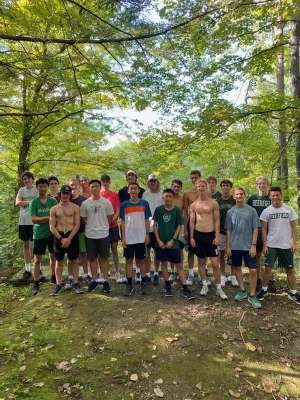 Boys Varsity Cross-Country:
This week in boys XC was all about creating routines, preparing to dive into the racing season, and accomplishing a few workouts to develop endurance, speed, and resilience. Key days of the week were a long aerobic run on Monday, a speedy track workout on Thursday, and a threshold mile workout on Saturday. Also of note: the boys got off campus on Tuesday for a recovery run on the beautiful M&M trail. The team looks forward to hosting the Brush Invitational this coming Saturday! 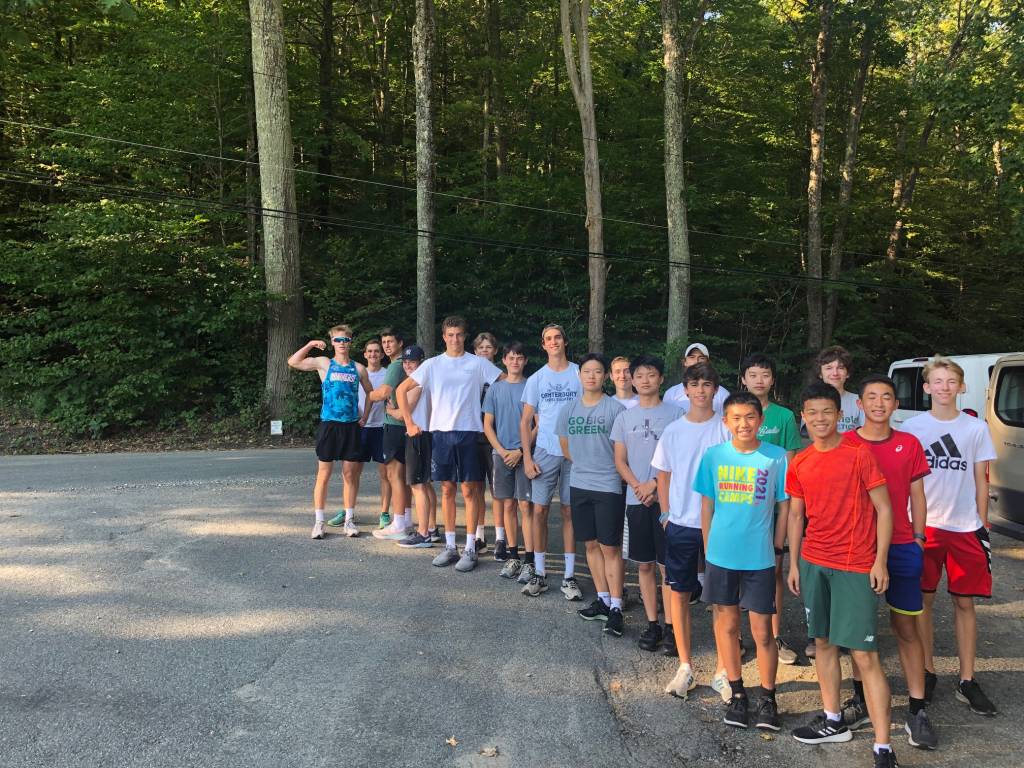 Boys Water Polo:
An inexperienced team, one that features few players who have competed for extended periods in varsity games, has used the extra week of practice this fall to its advantage, building endurance, developing offensive techniques, and learning defensive principles. The returning players have welcomed the newcomers with generous camaraderie, and after what will surely prove to be some challenging early contests, both the varsity and junior varsity squads should be primed for strong performances later in the season.

Boys Varsity Soccer
The team has been hard at work trying to become a solid possessional team, while improving our technical ability and tactical awareness on the field. The guys have really shown a desire to get better individually, and make sacrifices so we can improve as a team. Very happy with our progress. 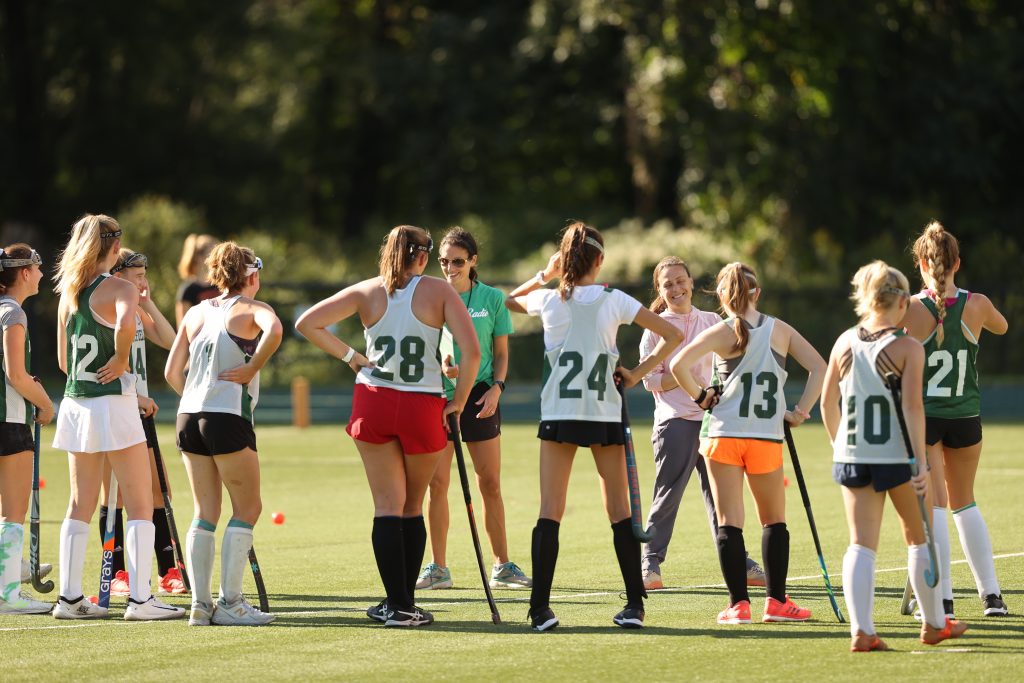