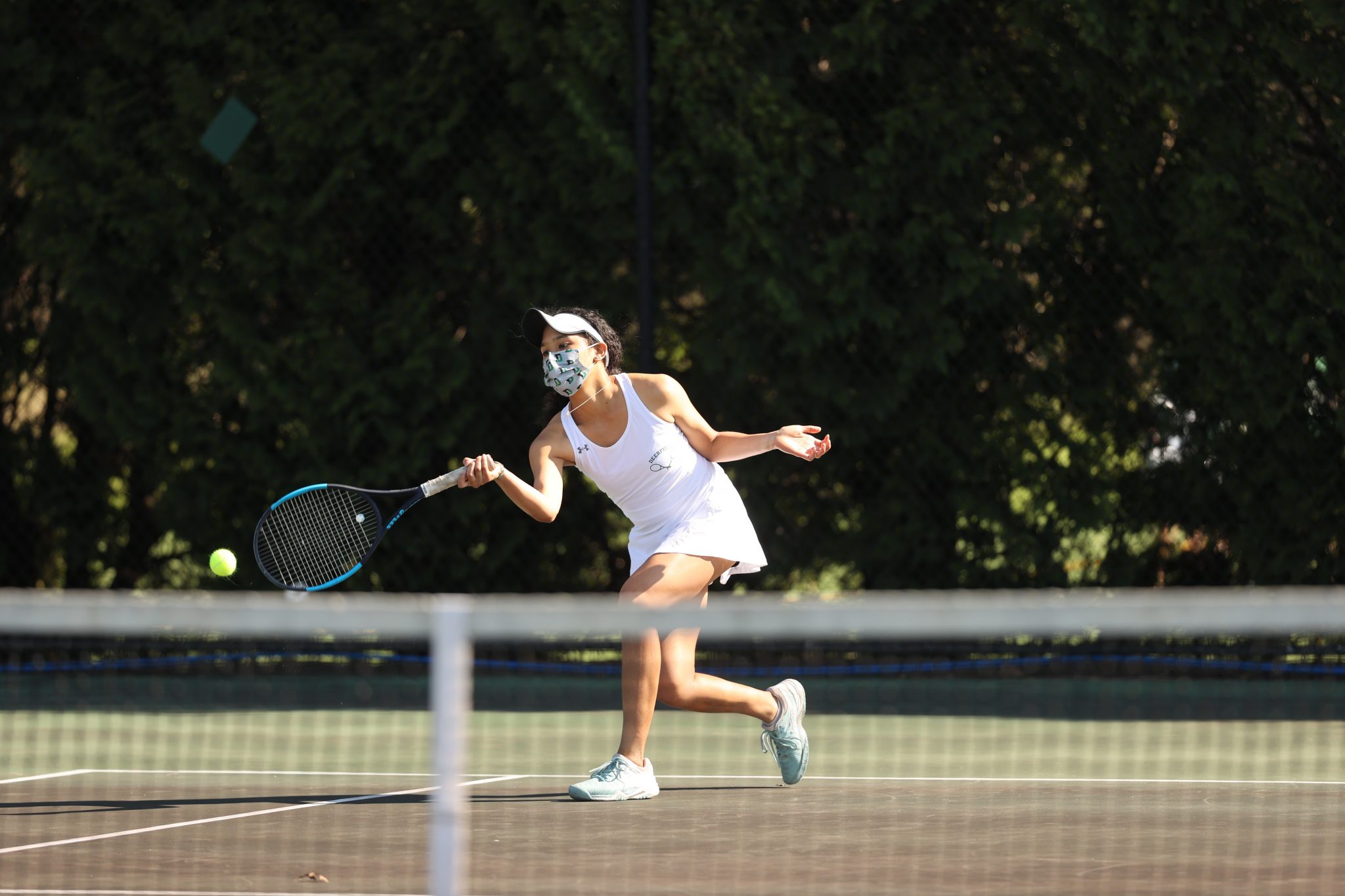 Catch up on all the happenings of the final week of spring 2021 Deerfield athletics teams.

The Varsity squad took the long ride south to Watertown, CT on Wednesday to face off with a strong Taft line up. On the hottest day of 2021, the team needed to start fast and keep focused to walk out with a win. The season ended on a high note as the team did just that, earning a decisive 8-1 result.

The most compelling doubles play came at the top position. Isha Rao and Hunter Pulliam played a gritty back and forth set with Taft’s best pairing. Holding a slim lead through the first half, Hunter and Isha broke and held serve to seal the doubles sweep for Deerfield with an 8-6 win.

As the blazing afternoon wore on, singles play got underway. It was clear early on that the weather wouldn’t be the only thing offering resistance. Credit goes to a strong Taft team that fought hard at every position. There was plenty of drama at singles positions in the middle of the ladder. Hunter Pulliam settled in after a tight opening trio of games, eventually pulling away and winning 8-4. Hunter’s ability to set up a point and hit a dominant winning ground stroke is truly a force. Olivia Waterfall won another tight contest at the fourth singles position 8-6.

Evan Burkett’s dominant play at five singles continued as she rolled to a 8-3 win with strong approach shots and winners at the net. Isha Rao finishes the season undefeated at number one singles, winning this contest 8-2.

Four year starter and captain Emma Weech’s final set in a Deerfield uniform did not disappoint. Long rallies and a little bit of every type of shot in the book kept Emma’s match competitive long after the afternoon light began to fade. Reminiscent of Emma’s last trip to Taft in 2019, this match needed a tiebreaker to produce a result. In the end Emma’s teammates rushed the court as she won the tie break 9-7. Congratulations, Emma on a fantastic career on our team, and thank you for everything you’ve done for the program over the years.

I’d like to thank the team for their motivation, sportsmanship, and spirit this season. It’s worth noting that every single player on this team started and won for Deerfield this year. Congratulations, ladies.
-Coach Austin

It was business as usual for boys tennis as they rolled to a 6-1 at home against Taft.

Doubles continues to be a strength for Deerfield with the team sweeping all 3 contests. The only pressure Deerfield felt was at #1 where the team of Sarachek/Ueland had to step up their intensity to close out their match.

Singles was more challenging but the team fought hard and all 5 wins were completed in straight sets. At #3, freshman Max Peh went down 0-3 but deep, heavy groundstrokes allowed him to battle back and ultimately win 6-4, 6-2.

This win brings the team back to a winning record on the year (4-3) with one last match to play on Saturday, 5/22 at home against Suffield Academy.

The team finished strong at home on Saturday, cruising to a 6-1 victory over Suffield Academy. This final win gives the team a 5-3 record overall for the season.

True to form the Big Green swept all three doubles matches to claim the doubles point. The team never lost the doubles point all season long which is an impressive feat; both #1 and #3 doubles went undefeated in all 8 contests this year!

Singles was equally impressive as doubles yesterday, with only one loss coming at #5. Noah Depp at #4 had to battle in the early stages of his match, but after winning his first set 6-4 he cruised to a 6-2 win in the second. In the remaining matches, no Suffield player was able to win more than 2 games per set against Deerfield. Despite the heat and humidity, the boys were tough and their fitness all year paid off.

We said goodbye to our five seniors yesterday- Noah Depp, Oscar Depp, Freddy Manning, Brando Rena, and Achille Sarachek- you will all be missed but we are excited to see where life takes you.

Thank you to all the parents and students who were able to come and watch us this year, and to those supporting us from afar. We are so grateful to have had a competitive season in this crazy year!

Boys Varsity Lacrosse:
The No. 1 ranked boys varsity lacrosse team welcomed Taft on Wednesday, May 22 in hugely anticipated match up between the two ranked opponents. The Big Green defeated the visiting Rhinos 7-5 to extend their unbeaten record. On Saturday, the team traveled to Belmont Hill for their final game of the season. The Big Green prevailed over the Sextans, 14-8 and completed their perfect season with a 12-0 record.

Varsity Baseball:
On Wednesday varsity baseball defeated Taft in their final home game of the season 11-1.  On Saturday, the Big Green traveled to Suffield for a doubleheader against the Tigers. The Big Green fell short by a run in both games.

Varsity Softball:
The varsity softball team traveled to Suffield on Saturday for their final game of the season. The Big Green competed hard both at bat and on defense, although the Tigers prevailed by a run for the win. 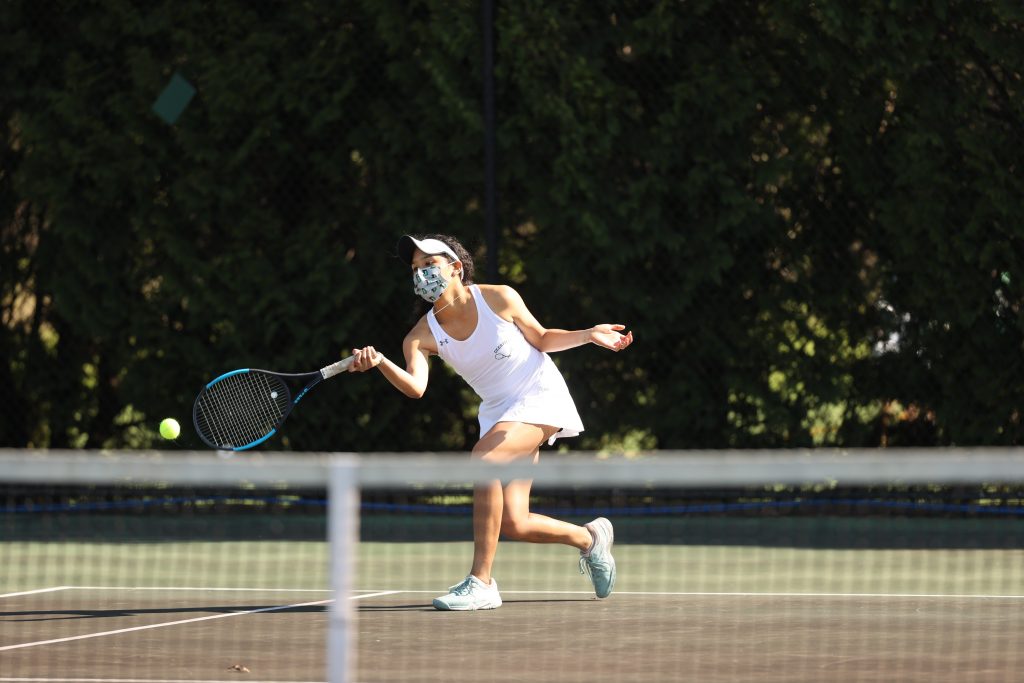