Congratulations to our first winter 2018-2019 Athletes of the Week!

For girls varsity swimming, this week’s Athlete of the Week is Taylor Coan ’21.  Taylor has shown tremendous leadership this season, leading her lane and demonstrating a positive attitude on a daily basis.   She works hard at every practice and pushes herself to make every interval.  Her commitment to training and her ability to push herself beyond what she thinks she is capable of has been an inspiration for her teammates.  We look forward to seeing the great strides she will make this year in the pool! 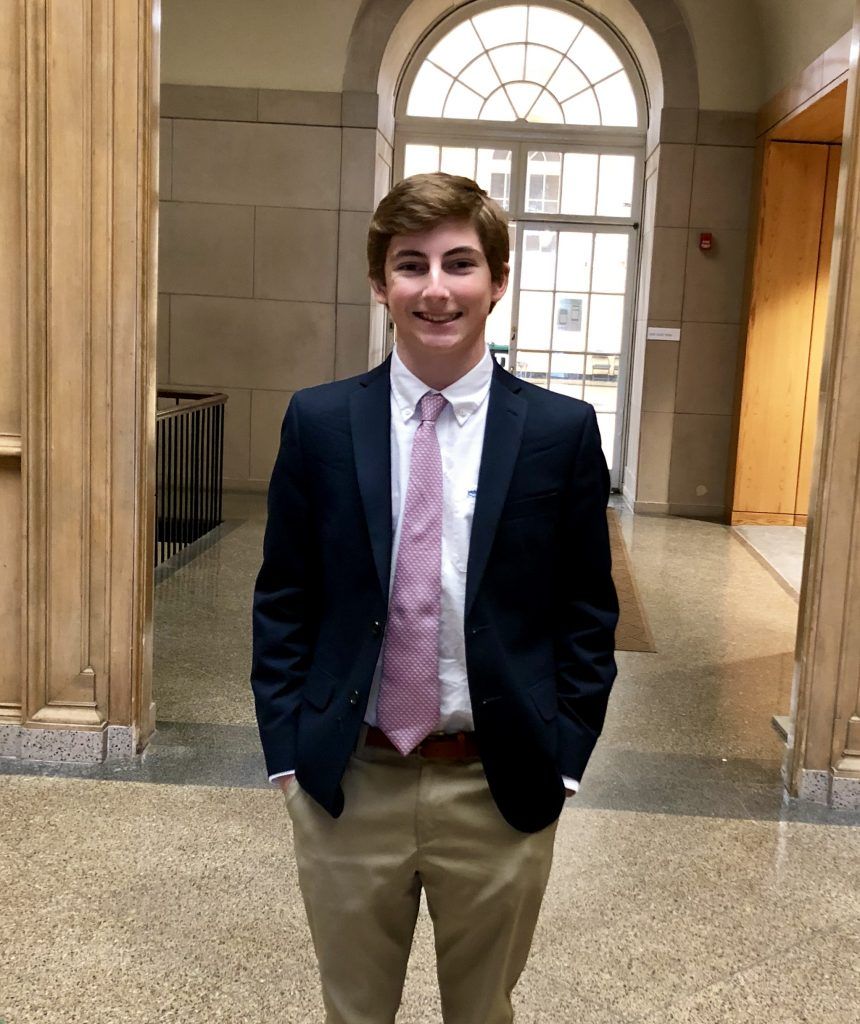 Boys JV hockey gives their first AOTW award to ninth grader Will Lodge. Last Wednesday, Will spearheaded a four-goal third period as the JV team got their first win of the young season over Eaglebrook 6-2. Will scored two goals in the third period along with his first period goal giving him his first Deerfield hat trick. Throughout the Eaglebrook game Will, along with line mates Jack Shanahan ’21 and Ben King ’21, buzzed around the opposition goal creating several good scoring chances. The season is young and look for more in the weeks ahead from Will and the team!

Ali was a steady presence in both zones for us this past week. She’s notched two points for her active defensive play in the offensive zone, and been a player we can count on in the d zone. Not only has her play been strong, but so has her leadership. She pushes the team to work at their best level, and always carries everyone along with her.

The Girls’ Varsity Basketball team’s Athlete of the Week is junior guard, Tess Mannix. Tess has consistently worked hard since the start of the season and leads by example on the court. She is always in the gym shooting before practices and games, and she is always one of the last ones to leave the gym after practice. Her hard work paid off in a big road game against a talented St. Paul’s team. Tess got the Big Green’s offense firing early and often, starting the game with a 4-for-4 performance from behind the arc. She added another deep three in the second half to seal Deerfield’s victory and finished the game with 20 points to lead all scorers. We look forward to Tess’s leadership for the remainder of the season!

Our Athletes of the Week go to our tri-captains Dylan Bane, Raheme Taylor, and David Thomas. Our captains have established a strong collective work ethic, a commitment to team play, and an appreciation for rhythm and spacing, all fundamental for producing the best shot on the offense. Our team, as well, has been tenacious on defense, especially in the paint, and our captains have galvanized our efforts in establishing ball control, disciplined offense, and athleticism in transition. This team has been fun to watch, and our captains have done remarkable work in forging a cohesive team identity. We are looking forward to 2019 and the opportunities for growth competition will offer each of us.

Girls Thirds Basketball has two Athletes of the Week, Jean Jin and Fernanda Ponce.  Both girls joined the team on the day of our first game, a home court victory against NMH, and played significant minutes without having ever received any prior coaching in basketball.  Since then, they’ve practiced diligently, improving their skills at both ends of the court, but more importantly, their enthusiasm, willingness to learn and can-do attitudes have made every practice and game more enjoyable for everyone on the team.

Pierce stepped up over the weekend and played strong two-way hockey against Choate and Avon. As a new sophomore, Pierce began the season a bit tentative but is gaining confidence every week and is playing his best hockey as we head into the Flood-Marr tournament. Well done Pierce!

The athlete of the week for wrestling is Angela Osei-Ampadu ’21. During the first few weeks of the season, Angela’s enthusiasm has been evident at every turn. She practices hard, motivates her teammates, and always asks for feedback. At Choate, Angela wrestled an exhibition match that demonstrated her love of the sport and competition. As she always does, she rallied the team and gave it her all. Angela embodies the values of Deerfield wrestling: integrity, intensity, and intelligence. She’s a wonderful presence on the team!

Nasir Barnes is the athlete of the week for the JV boys’ basketball team. After having a quiet first two games against Loomis and Westminster (both of which were one-sided affairs), he erupted with a 16 point and 14 rebound performance against Suffield in a closely contested game.

Jade Tse is our athlete of the week. He scored 26 and 30 points in our two games this past weekend against Westminster and Springfield Commonwealth Academy. He hit a three-quarter-court shot at the end of the first half in the Commonwealth game. He was named “player of the game” by the UMass Pioneer Valley Tip-Off organizers.

For his impressive swims in our dual meet against Milton and his consistent hard work, Mason Zhao is the first athlete of the week for Boys’ Varsity Swimming & Diving in the 2018-2019 season. Since last winter, Mason has begun each practice by leading the team through stretches and then being the first one in the pool. He challenges his teammates to put forth their best effort on every set because he always races them to the finish. Mason’s unwavering effort in practice paid off in our first dual meet as he swam his best times at Deerfield in the 200 IM and 100 Free as well as his best relay split in the 50 Free. This is a promising start to his junior year and so we commend Mason for his grit in practice and his leadership on deck and in the pool.

For her consistent hard work in practice, her fun-loving team spirit, her relentless competitive drive, and her undefeated record in 2018 — not dropping a single game against her opponents from other schools — Willow Woodward is the Girls Varsity Squash Team’s Athlete of the Week.