Kate Hickey is the JV soccer athlete of the week for her outstanding performance in the game vs. St. Paul’s. She laid out her body to block shots, and made several key defensive plays that secured our victory. When St. Paul’s peppered the team with shots late in the second half, Kate kept her cool, and anchored the defense with her team first play and strong defensive presence.

The Girls Reserve Soccer Team’s athlete of the week is Julia Hioe.  Julia has proven to be an steady, unflappable and unselfish center back who skillfully manages the middle of the field.  She comes to practice each day focused and ready to work hard.  Julia is a standout on the field and a positive role model for her teammates.

The JV volleyball athlete of the week is Abby Persons ‘21.  Abby was a key player during the team’s two victories this past week.  All season long, she has excelled with strong serves and powerful spikes as a middle hitter.  One of the most vocal players on the court, Abby will never let a ball fall to the ground, and she strives to be in the center of the action.  With 6 kills and 10 service aces during the past week, she rose to the occasion and helped lead Deerfield to victory.  Her teammates value her strength, determination, and focus.  Abby is central to the JV squad’s success, and we look forward to her great play throughout the season. 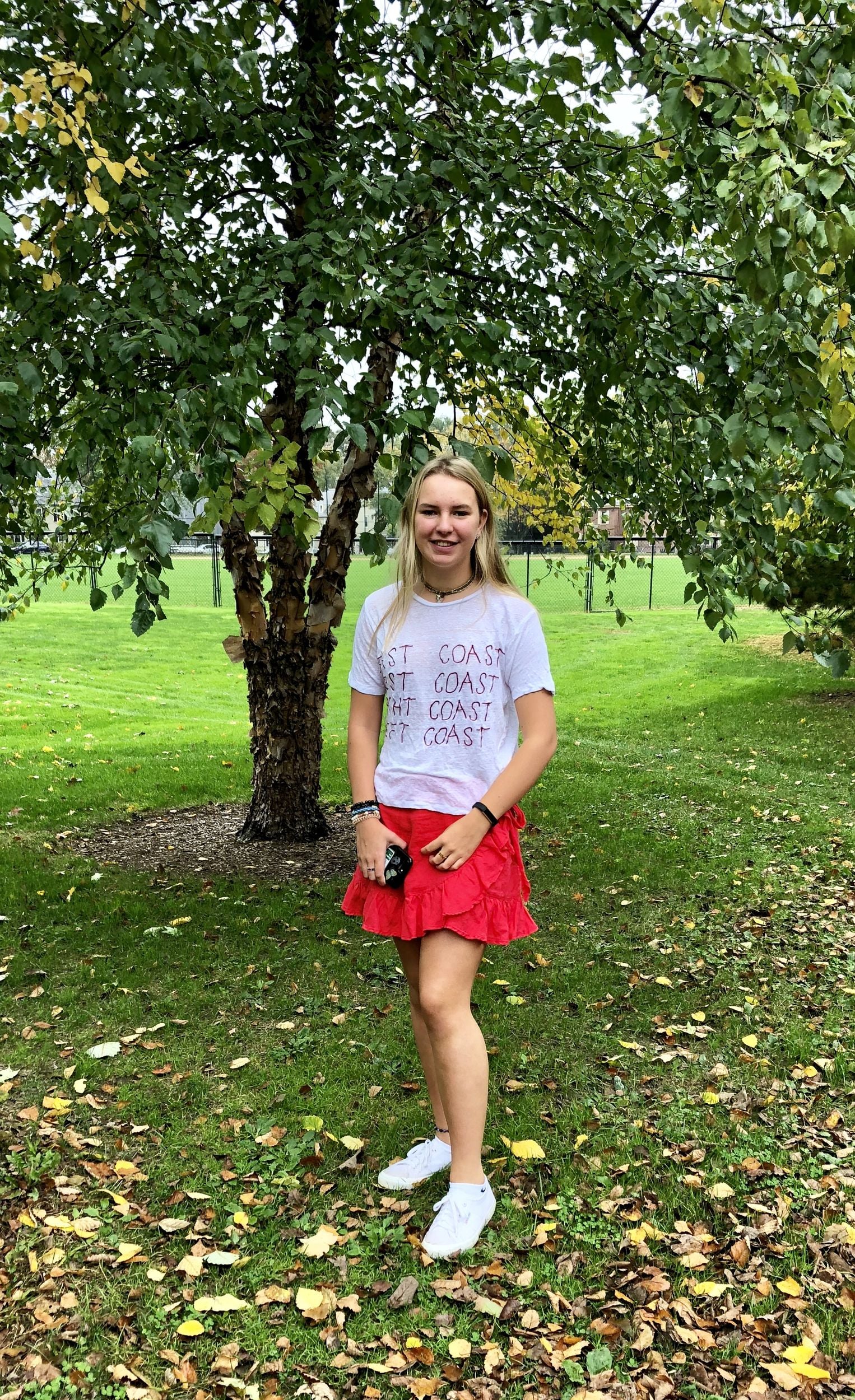 Lizzie Eudy ’22 earns 3rds field hockey’s Player of the Week for her intensity, hard work and sportsmanship.  Lizzie is an upbeat team player who is always willing to help out, step up and do whatever is needed in the best interest of her team.  Her positive attitude is infectious.  She played all over the field in our two games this week. On Wednesday against Bement, Lizzie showed intensity and hard work. As a result, she also notched two goals that day. On Friday against Frontier when we had to rearrange out line up, Lizzie cheerfully agreed to play deep defense and midfield. She always accepts a request or challenge with a positive attitude and a tremendous effort. For these qualities, Lizzie earns Player of the Week.

Michael Scharfenberger, a sophomore leader on the JV squad, demonstrated poise and sportsmanship in the moments after a final-second goal earned Choate a thrilling 9-8 victory last week.  Instead of surrendering to anger or frustration, Michael stayed in the pool and moved among the Choate players to offer congratulations, showing his teammates and the fans that members of a rival team are opponents, but not enemies.

Thomas broke through with a 47-second personal best on Saturday, running a brilliant strategic race to finish 2nd overall in our dual meet with St. Paul’s.  After an aggressive first mile, Thomas settled into the lead of the chase pack behind St. Paul’s’ #1 runner, and there he waited until the final mile of the race.  With a sustained surge over the last loop of the course, Thomas caught the St. Paul’s runner and passed him in the final straightaway to take second and a blazing time of 17:21 for the 3.1 mile distance.

For girls’ volleyball, this week’s athlete is Lara Akande ’20. Whether it’s working hard in practice with teammates or playing at the net against strong middle hitters from other teams, Lara always gives it her full effort. The entire team notices her commitment to improvement and being the best teammate possible. Well done, Lara!

This weekend was a brutal race against St.Paul’s. They came out with some of their best runners and we were down some runners due to sickness and injury. The team did a remarkable job in perseverance and grit to grind out a win. One girl in particular pulled through in this race. We had originally thought she was out of the race due to sickness, but she stepped up and said she was ready. She pushed through this race and never gave up. At the final 300 meter straightaway, she was behind a St. Paul’s runner. We yelled to crank it and that she did. This girl ran like her life depended on it. She not only passed the other runner but kept her lead to place 7th in the competition. In a race that came down to mere points, this was a crucial moment. This girl has continued to do everything we ask with a smile on her face. The team is certainly better because she is here. For those reasons and many more, girls cross country athlete of the week goes to Grace Russell. 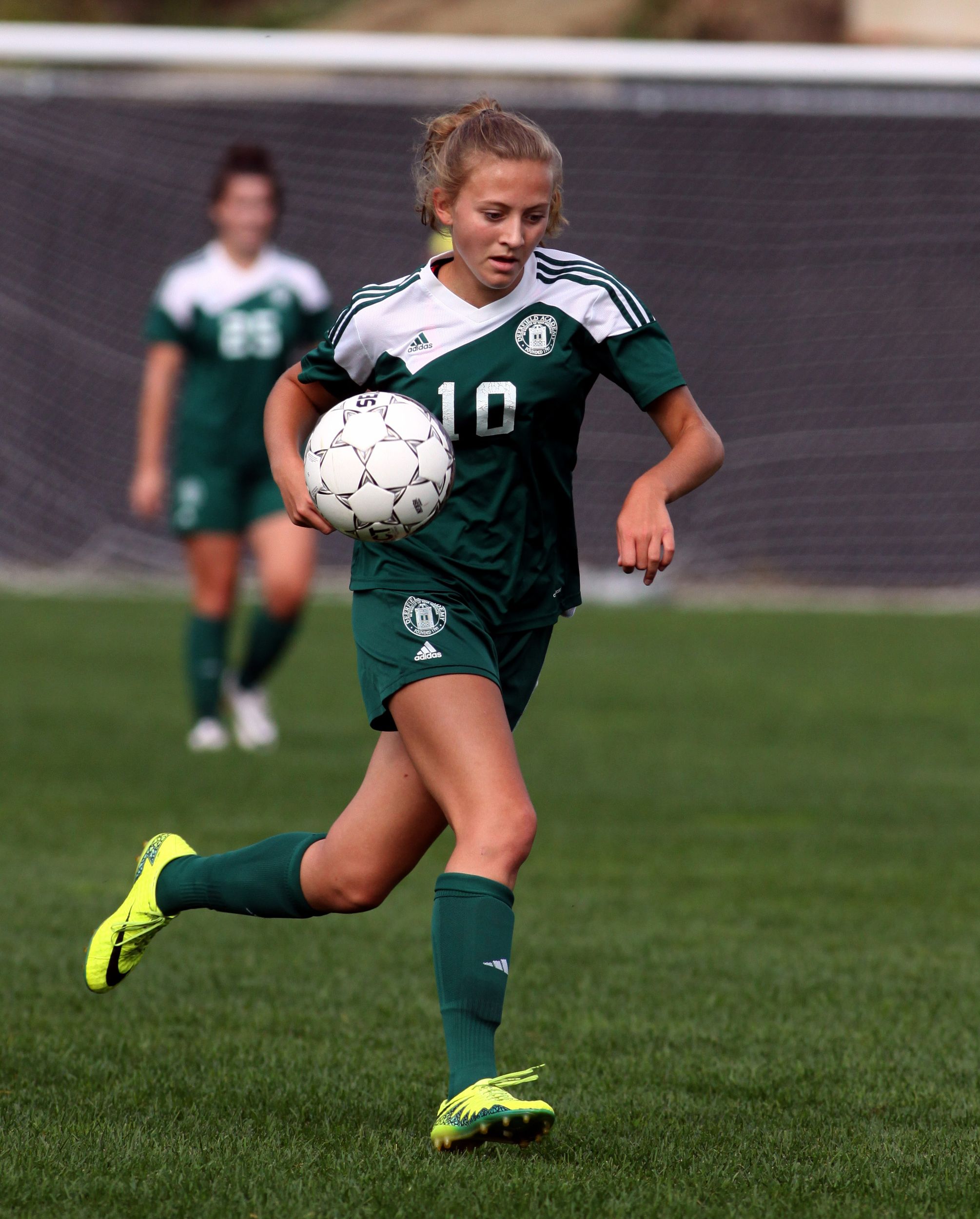 The girls varsity soccer athlete of the week is Sophie Opler ’19. On Saturday, against St. Paul’s Sophie received shout outs from both her teammates and coaches for her communication, work rate, intensity and overall effectiveness of her play. She entered the game and made an immediate impact, helping the team to regain the momentum and create several scoring opportunities. As a midfielder, Sophie covers a lot of ground on the field, from making defensive recovery runs on one end of the field to making overlapping runs with our forwards in the offensive third of the field. She is committed to playing both sides of the ball and does so effectively. Sophie constantly looks to better herself and her teammates every day! We look forward to her continued impact and growth the rest of the season!

The varsity field hockey athlete of the week is Liv Mikesell ’20. Liv has been working hard to become a vocal leader in net and she has anchored our strong defensive unit this year. She came up with some huge saves against St. Paul’s last Saturday and has played with intensity and focus throughout the season. Moreover, Liv always has a smile on her face and pushes herself to get better every single day. She is a pleasure to coach and a great teammate, and we look forward to her continued strong play in net throughout the rest of the season!

Luca scored the first hat-trick of the season in an away match at Westminster, notching the game-winner with three minutes remaining on the clock.  And Skye returned from illness to make a memorable contribution to the victory: despite playing less than half the game, he assisted on each of Luca’s three goals.  Between the two of them, Skye and Luca have now accounted for 12 of the team’s 17 goals through the midway point of the season.

Yurok Song is our AOTW. Yurok moved to striker for the last couple of games and has responded, scoring 4 goals, including 2 today in a great 3-2 win against Bement. 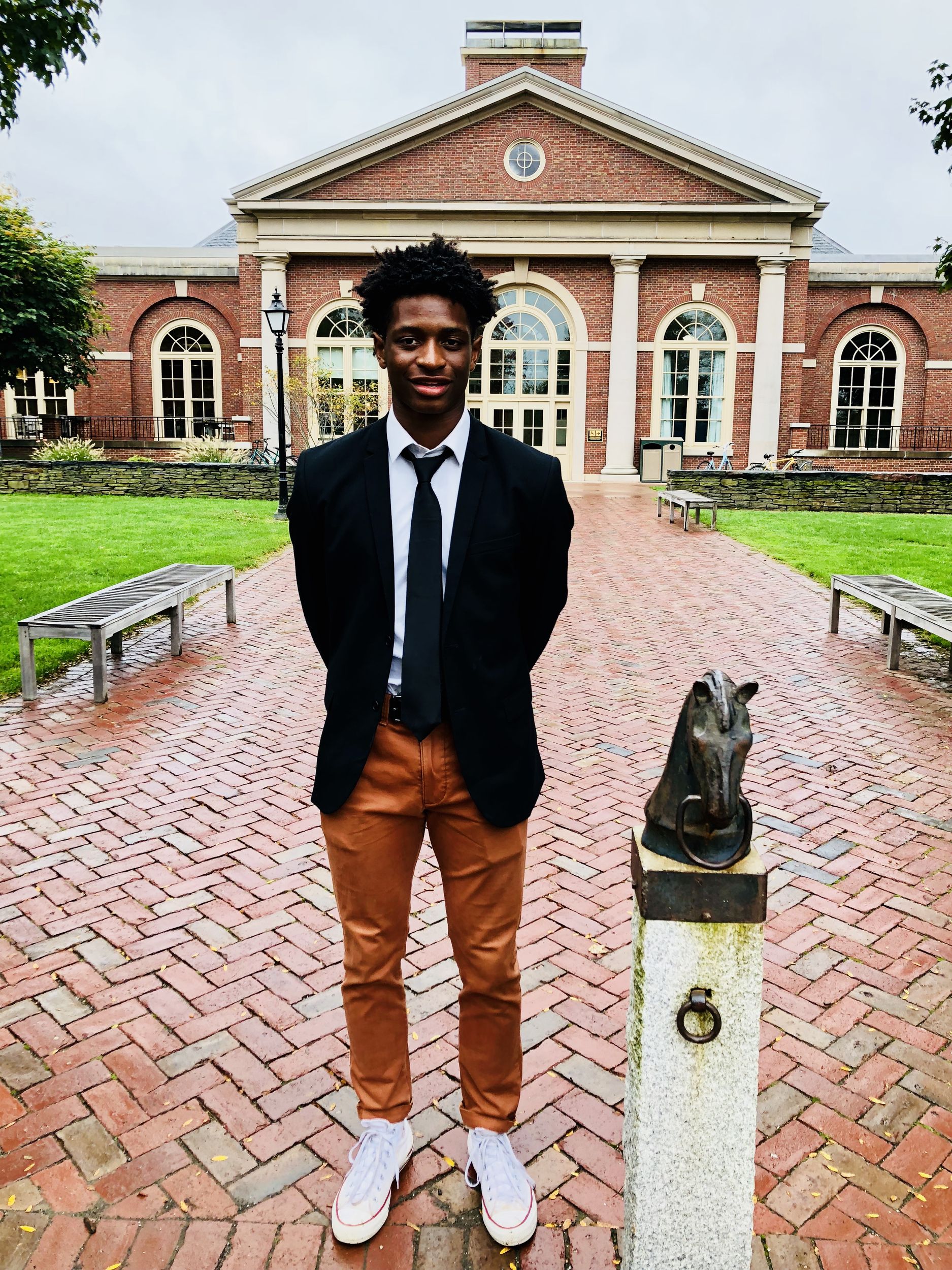 Donnie Gray Jr. a sophomore defensive back and wide receiver led the big green in a strong all around victory over a gritty Worcester Academy squad.  Donnie continued to dominate on the defensive side of the ball where he leads the team in pass break-ups and interceptions.  His agility and speed allow him to be tough on opposing wide receivers.  On Saturday he also showed some of his offensive potential with a receiving touchdown for his 2nd TD of the season and first on offense.  Donnie is definitely a player that the big green fans need to keep an eye on.