Congratulations to our Athlete’s of the Week!

Elizabeth Hernberg is our final athlete of the week.  She was a fiercely competitive defender for our team all year and helped contribute to our defensive success.  Elizabeth lead our team in defensive interceptions and blocks, and she was instrumental in facilitating our midfield transitions.  Elizabeth was part of a defensive unit that never allowed more than 10 goals against us in any game this season.

Ollie led a stifling defense against #2 ranked Salisbury in a 9-5 win, causing multiple turnovers, and scored two goals in the season-ending win at Exeter.  Nolen scored four goals in the Salisbury game, and added an assist, most of which came in the fourth quarter. He also scored twice in the Exeter game.

Emma has been a fantastic new addition to the Varsity Girls tennis team this year. She has played positions 1-4 and logged plenty of wins. On Saturday at the New England Championships, Emma put together a fantastic effort and defeated her Hotchkiss opponent in two sets. We’re looking forward to more great tennis from Emma next season!

Emily has been consistently strong throughout this season on defense. She is aware of her girl and the positioning of the ball. One of her strongest attributes is her ability to get her defense team talking. Emily communicates in such a way that is makes her team feel supported and the defense energized to communicate back. Her positive attitude shines through games and practice. For her strong communication with her team, defensive positioning on the 8-meter arc, and general upbeat personality, Emily Luber is this week’s JV Girl’s Lax Athlete of the Week.

The AOTW for varsity baseball is Owen MacPhee.  Owen had three hits, scored two runs and walked twice last week in games against Avon Old Farms and Exeter.  Owen has been a great leadoff hitter all year and has played a flawless centerfield.  Congrats to Owen!  Great job!

Morgane is always a constant on our team who shows up every day ready to work to make herself and those around her better. Especially as we are gearing up for New England’s, Morgane has worked to keep everyone positive and excited. She is a great addition to our team this year!

The doubles team of Malcom Rich and Francis Shea overcame adversity and made a big comeback in their match against Loomis. With the serve and volley game of Shea and Rich’s strong groundstrokes, both played integral roles on the JV tennis squad this season! 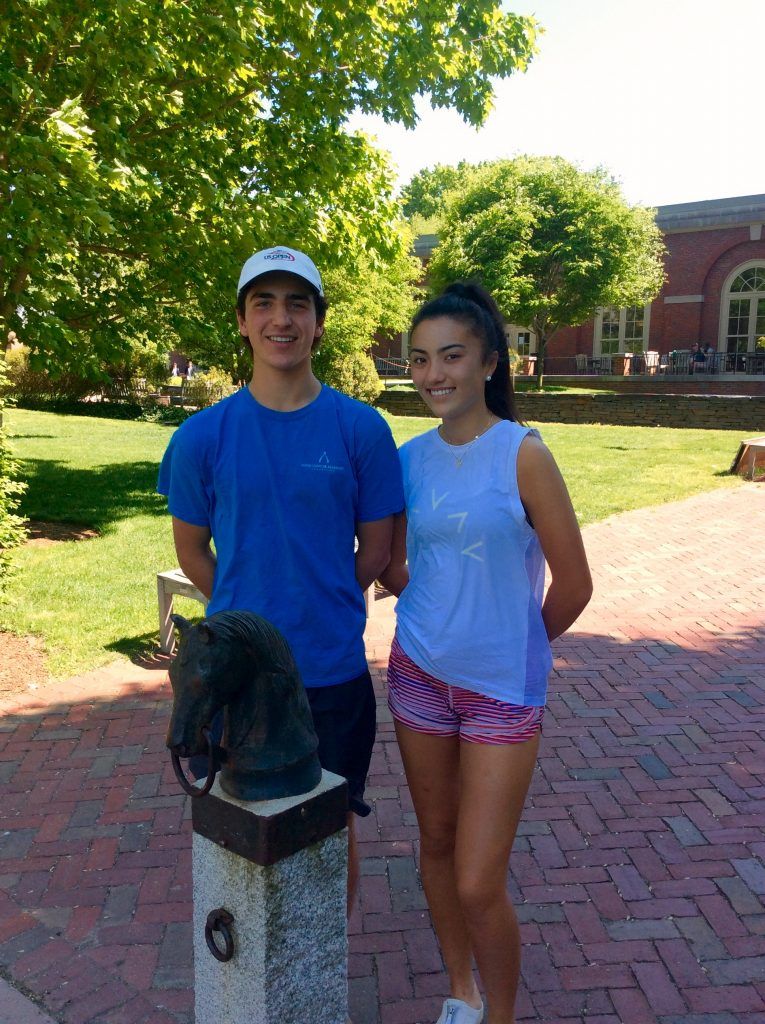 Often defending bigger players at the 2-meter position, Sophie Opler ’19 rarely was outmatched.  She adeptly avoided foul trouble by positioning herself to deny easy entry passes and by calling for double teams at appropriate moments.  With her defensive duties done, she then swam the pool to become a scoring threat on offense, especially on the power play.

Kimberly is the varsity golf athlete of the week.  In the team’s final match of the 2018 season, Kimberly shot a 73 to finish 5th overall in a field of over 100 golfers. Way to go Kimberly!

Cosmo rebounded from a difficult loss last Wednesday to come up with two big wins in our playoff quarterfinal on Saturday. He capped off an 11-5 season on the doubles court with a dominant 8-3 win, and then posted a decisive singles victory over a player who had defeated him a month earlier. His singles win tied the overall score at 3-3 and kept our match hopes alive until the very end.