Girls T&F: Sarah Jane O’Connor.  Sarah Jane ran a tough, gritty race in the 1500m on Saturday at Loomis, battling the competition and a stiff breeze on her way to a big comeback win.  She also leapt at the chance to run the 4×400 at the end of the meet, running with enthusiasm and joy for the sport that set an example for all her younger teammates.

The Boys 1V4+ has worked hard so far this spring and, two weeks into the racing schedule, they have turned in a couple of strong performances against top league teams.  This past weekend, in our match up with Dexter Southfield, Groton, Taft, and Pomfret, the top boys boat not only won by 14 seconds, but they set a course record in the process.  It was an impressive effort from a group that has done a great job of setting a positive example on and off the water.  Congratulations to Henry Hayden, Vanja Obradovic, Jimmy Patton, Henry Lowe, and Lachlan Cormie!

Alli Norris is the Girls Varsity Lacrosse athlete of the week.  She had a standout performance against Westminster by demonstrating what it means to be a versatile player.  Alli tallied two goals and an assist during the contest while also contributing numerous checks/regained possessions in the defensive end.

Lowell Weil is the varsity golf athlete of the week. Lowell was the shot a 74 at the Andover Invitational at the Newport Country Club. He earned medalist honors at the invitational for earning the lowest score which help guide the team to a win and remain undefeated in their 2018 campaign.

Jackson Palmer leads by example from within the ranks of JV Tennis with his versatility and willingness to fill roles as needed. He’ll be a reliable source for points​ as the team as we enter the second half of our schedule. His doubles game​ with a powerful serve and volley skillset will take him far this season. Keep up the good work Jackson!

Cam Snow is the AOTW for varsity baseball.  In the double header split with Exeter on Saturday, Cam went 2-3 with 4 walks, 2 stolen bases, 2 runs scored and 1 RBI.  Cam also played a flawless left field.  Cam continues to be a leader on and off the field here at Deerfield.

Roopa is new to rowing this year but is picking everything up very quickly and making a huge impact on the team. She is confident, quick and encouraging in the coxswain seat and inspires us all to work harder than we think we can. Roopa always shows up to practice with a smile on her face, ready to do everything she can to make herself and the people around her better. Rock on, Roopa!

Already a steady defender, Morgan Clough ’20 plays now on the offensive end of the pool with greater confidence.  By taking and making shots at key moments, Morgan prevents the opponents from double teaming other shooters and opens up more offensive opportunities for our team.

The JV Girl’s Lacrosse team thought all was lost as their goalie Jill suffered an injury and was out for the foreseeable future. As the team discussed options, one girl volunteered to stand in goal and have lacrosse balls whipped in her general direction. With the support of her team and some amazing coaching from Jill, Ellie Shilling stepped in games against both Bement and Westminister. In a tough Westminister match, Ellie saved an unbelievable 9 goals. She bravely stepped to every shot and made smart passes to her defense. That is why Ellie is this week’s JV girl’s lax athlete of the week. 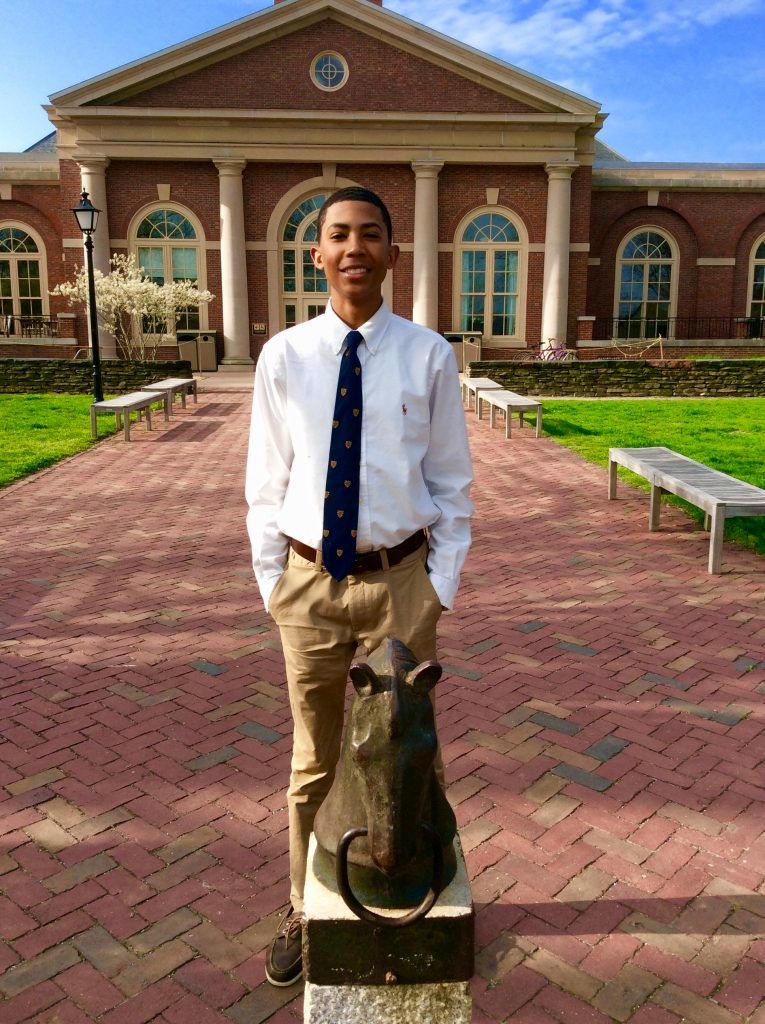 Charlie Braff is the boys JV lacrosse Athlete of the Week.  He scored 2 goals in our big Andover victory and consistently exhibits perseverance and persistence in practice. Great job, Charlie!

Henry’s first game back from a knee injury that had him sidelined all year was nothing short of exceptional. A long trip to Exeter was highlighted by Henry who pitched a complete game shutout. He was absolutely dominant on the mound. Additionally, he knocked in the only run of the game leading the squad to a rare 1-0 victory. Great work, Henry!