Congratulations to all 30 of this week’s Athletes of the Week! This marks the last week of winter 2017-2018 AOTWs, stay tuned for more AOTW nominations when spring sports get underway later this month…

Do you like waking up at 5:30 a.m. to go to practice, and not having a home rink for the entire season? Well, if you really like hockey and love being a part of a team the answer would be “it doesn’t matter and I’ll have fun any way.” That’s exactly what the J.V. boys hockey team got from these two leaders all season. Not only did they lead by example, but Jake and Andrew were terrific teammates to all. Playing on a J.V. team your senior year shows a level of commitment and love of sport that is truly honorable. From your coaches and all of your teammates this winter; thanks for everything. The two of you are the best!! 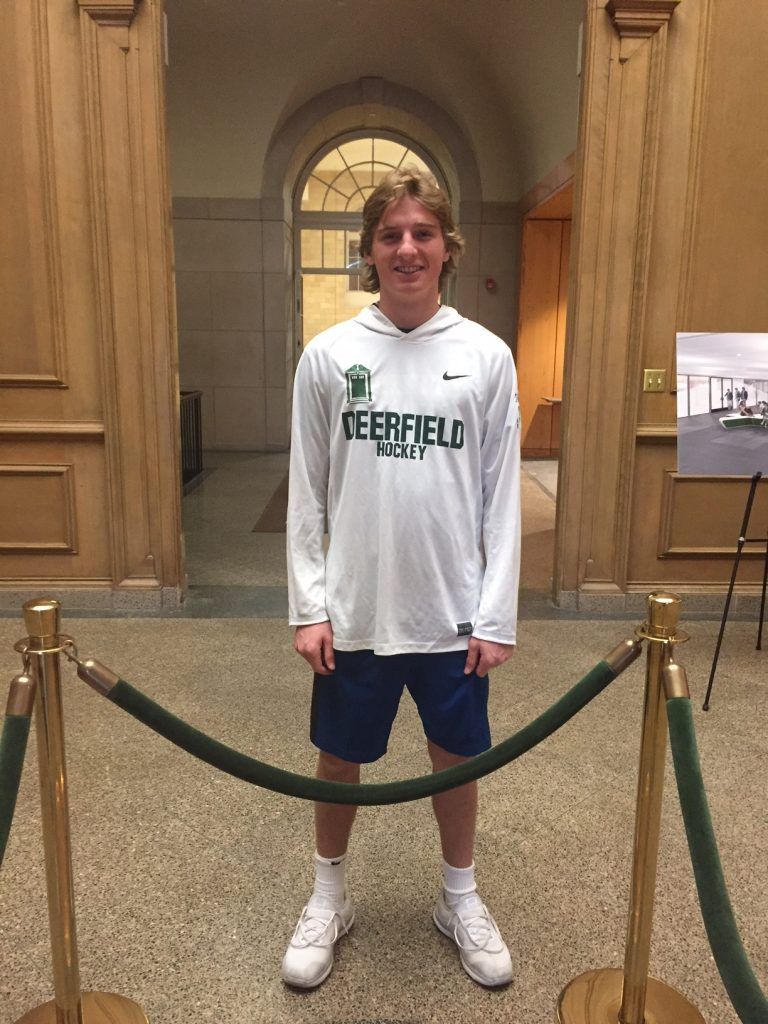 BV Hockey would like to nominate Kevin Danforth who scored his first goal of the season against Westminster on Saturday. Kevin gave us his best each and every day and was a great teammate from start to finish. He is a player who doesn’t show up much on the stat sheet, but finds other ways to impact the team in positive ways. We are proud of how far he came this season.

Our Athletes of the Weeks are our three seniors, Megan Graves, Erin Tudryn and Imani Kindness-Coleman. Megan, Erin and Imani led our team both on and off the court this season. All three seniors started and played many valuable minutes for us, while serving as great senior leaders. We will miss them next year!

The girls JV hockey team would like to recognize their seniors as their final athletes of the week: Cornelia Mackay, Claire Koeppel, Tierney Roche, Katie Whalen, Hollin Hanau, Annie Ilssley, and Hannah Valencia. They are an incredibly talented and fun group of girls and we will greatly miss their enthusiasm and strong play on the ice next winter. We thank them for making JV puck such a fun team to be on and for leading the ‘women of winter’ to such a successful 2018 season!!!

Meaghan O’Brien is Girls Varsity Hockey’s Athlete of the week. Meaghan suffered a devastating injury in our very first game of the season, but rehabbed religiously all winter long. She spent long hours in the training room, and accompanied the team to games and practices whenever possible. Meaghan loves her team, and did everything that she possibly could to contribute to our success from the sidelines. Due to Meaghan’s incredible efforts, she was able to skate with the team during our final two practices, and stepped onto the ice to the loud applause from her teammates. Moreover, Meaghan suited up for our final game against Loomis, and was on the ice for the opening face-off. For her resilience, commitment to team, and unmatched work ethic, Meaghan is our Athlete of the Week.

The Girls Varsity Squash Players of the Week are Soo-Min Lee, Emily Henderson and Griffin Dewey.  All three players, with tough-minded poise and persistence, won grueling 5 game matches to make it to the finals of their divisions, giving DA the points needed to place second in the New England Championships.

The final athlete of the week for boy’s varsity basketball is Matt Popkin. While his playing time remained limited most of the year, he brought enthusiasm and spirited engagement to every game and practice, while serving as the team spokesman to the larger Deerfield community.

Boys Thirds Basketball would like to recognize Topjor Tsultrim as its athlete of the week in this final week of the season. Topjor was invaluable this season both for his skillful and passionate play as well as his empathetic and nuanced leadership. Topjor set a high standard all season for effort and focus in practice and games and he played intelligently, using his understanding of the game to help our team learn and play better basketball.

Merritt Wurts finished fourth in the third flight of the  A tournament. A remarkable feat for a 9th grader!

Jacob Meier and Ari Kraan are the JV Boy’s Basketball athletes of the week. Each of these boys provided leadership and timely plays down the stretch that allowed the team to finish the year on a 4-game winning streak and an overall winning record.

For their valuable and gravity-defying contributions to the team over the course of the season, Osceola Heard, Julian O’Donnell, and Teddy McCarthy are the Athletes of the Week for Boys Varsity Swimming & Diving. The divers have played a pivotal role in many of our closest meets, earning points that were essential to our victories. At our last dual meet, the opposing coaches commented that our divers were among the best trained in the league. The team is grateful for all their hard work this season and wishes them luck as they compete in the New England championships hosted at Deerfield on Wednesday, February 28th.

The final AOW for the JV squash team is Sam Bronckers as recognition for the incredible amount of work he put in to the season.  Sam had never played squash before arriving at DA and started the season on the 3rds squad.  He worked incredibly hard to improve his game and moved up the ladder throughout the year and moved up to JV in early January.  While he didn’t crack the top 7, he gave 100% each and every practice.  A great season for Sam!

This week we shout out our amazing managers and three-point shoot out phenoms Hope Smith and Caleigh Manguilli! Hope and Caleigh were the perfect complements to our team dynamic. Thank you for always bringing positive vibes to practices and games. Thank you for being on top of things at the scorer’s table and for being our biggest fans at every game. Thank you for a great season!​

Part of an extremely large roster where there wasn’t always much available playing time, Davis and Mat were positive, optimistic good teammates all season. When they got on court, they made the most of each opportunity – both losing their first match of the season before going undefeated the rest of the way. They finished with a combined record of 10-2 and both improved tremendously.