On Wednesday, the Alpine Ski Team competed in their 6th and final Mount Institute Ski League race of the 2017-2018 season. Both the boys (236 points) and girls (204 points) teams earned 2nd place in the race. The boys were paced by top-10 performances from Achille Sarachek ’21 (3rd), Garrett Alexander ’19 (5th), and JP Patton ’19 (6th). Kikka Guidice ‘20 and Valerie Hetherington ’19 continued to lead the way in the girls slalom. Kikka finished in 1st for the 6th time this season while Valerie Hetherington earned the 3rd spot. 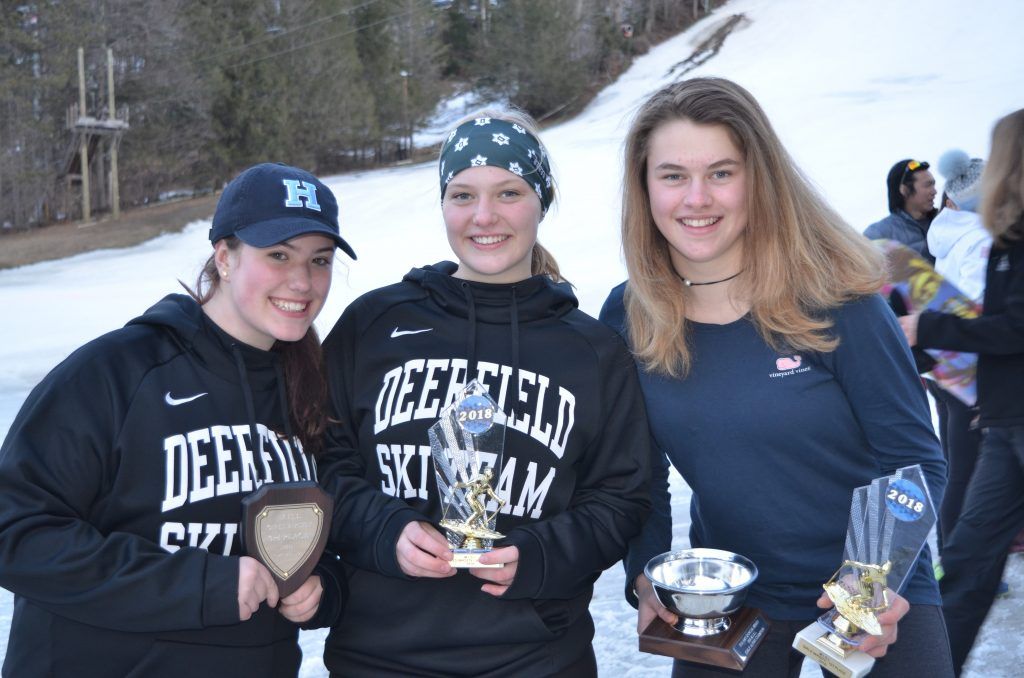 At the conclusion of Wednesday’s race, final individual and team results were awarded for the season. Kikka Guidici earned the Amy Spencer Cup as the top female racer for the MISL season with a total of 255 points. Deerfield skiiers have earned the Amy Spencer Cup in back-to-back years, as last year’s award winner was this year’s co-captain Valerie Hetherington. This season, Valerie wrapped up in 3rd place in the standings with 247 points. Overall, the girls team finished the season in 3rd place in the MISL standings to add to their recent 3rd place team finish at the New England Class A Championships. Great job girls! 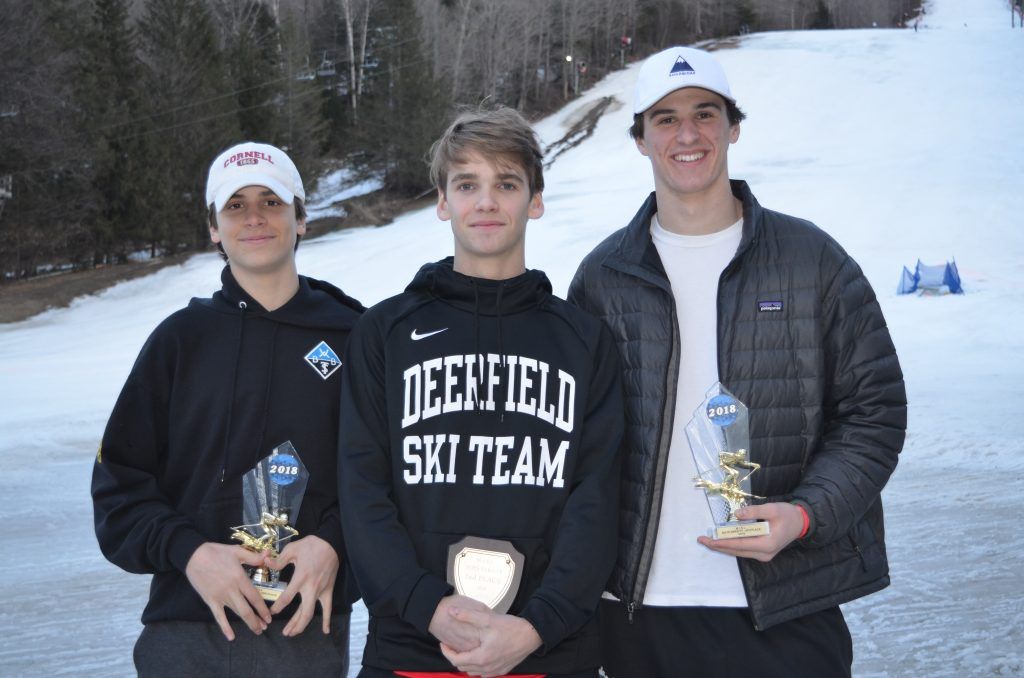 The boys collectively earned the 2nd spot in the final team standings for the MISL with 33 points. Ninth grader, Achille Sarachek, led the way as the top finisher for the Deerfield boys, placing 2nd overall with 278 points. Garrett Alexander earned 4th place with 266 points and JP Patton finished in 7th place with 249 points. Over the past 15 years, the Deerfield boys have been dominant on the slopes amassing thirteen 1st place finishes (2004-2009, 2011-2017) and two 2nd place finishes (2010 and 2018) in the final MISL standings. Great job boys!

Next season, the team will look to return to the podium as they will return all members to the squad. The future is bright for Deerfield skiing!

Congratulations to the Alpine Ski Team on a great season! Go Big Green!

Visit the Athletics Flickr page for photos from the final race and the season. 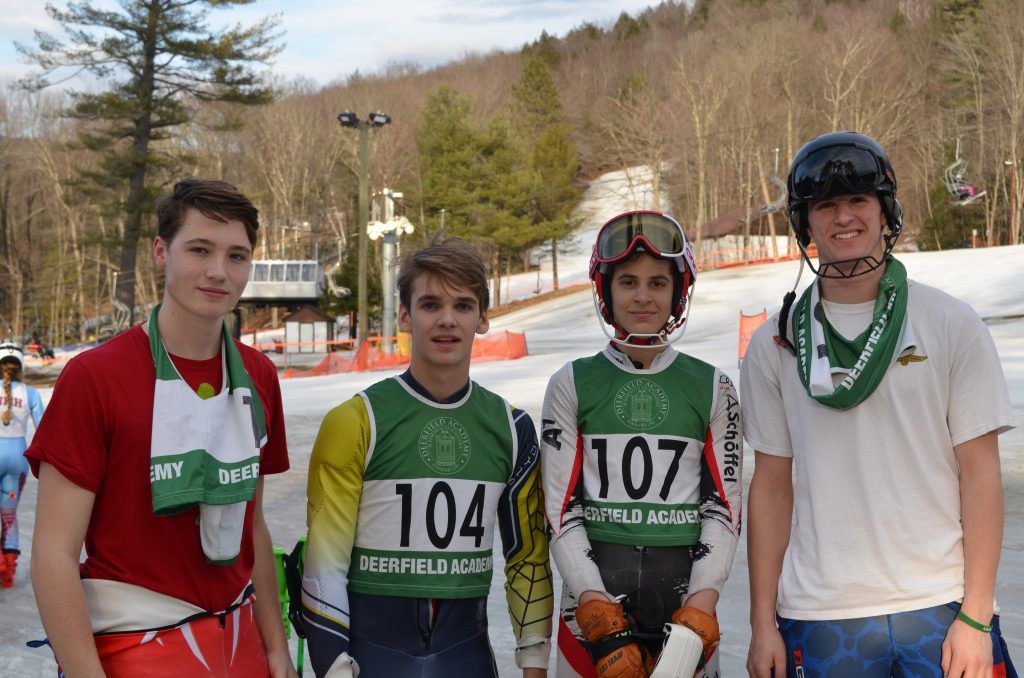 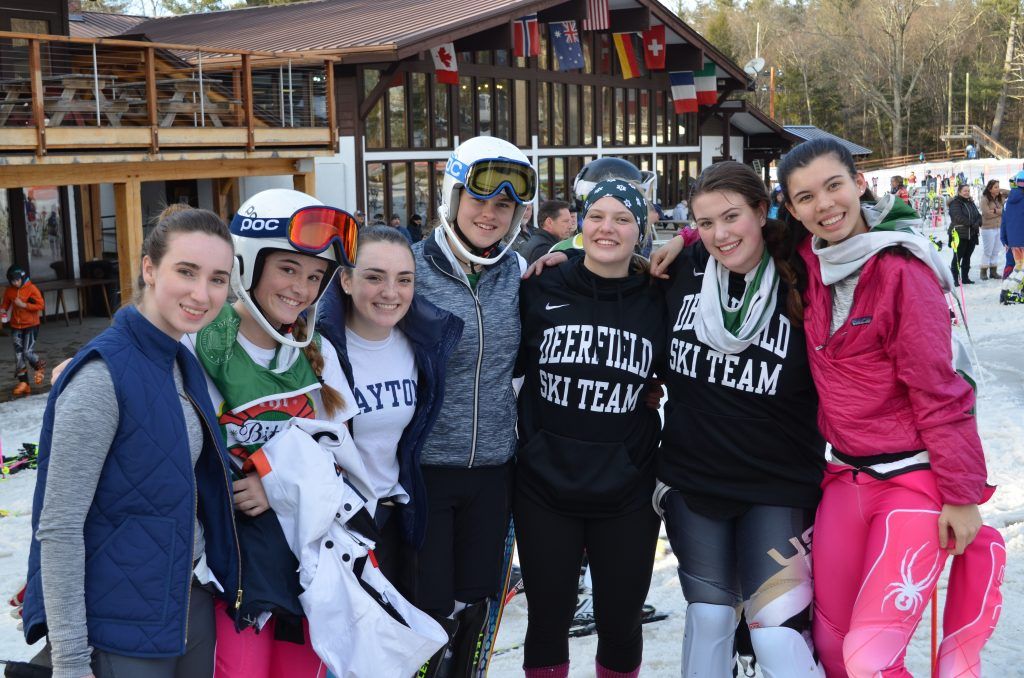