Congratulations to all 21 of this week’s Athletes of the Week!

Grace has been a positive and hard working member of our team since day one. Her winning record is an indication of her willingness to focus and learn from every match. Grace registered yet another 3-0 vs Suffield’s JV team on Wednesday. Way to go, Grace!

For his sheer determination in each of his four events against Loomis Chaffee and his role in leading the team to a win in the final dual meet of the season on Saturday, Alex San Martin is the Athlete of the Week for Boys Varsity Swimming & Diving. In his first event, the 200 IM, Alex accelerated decisively in the final 50 Freestyle to pass his nearest Loomis Chaffee opponent and finish third. The 400 Free, his other individual event, showcased his love of racing once again as he posted a season-best time and earned second place. With no rest for the weary, Alex swam a 50 Free in the next event as the anchor for the 200 Free Relay and still managed to post a season-best split! Last but not least, Alex helped the 400 Free Relay secure the overall victory over Loomis Chaffee with another excellent race. We thank Alex for his competitive fire and valuable contributions to the team’s efforts on Saturday and look forward to seeing him compete again at New England’s in two weeks.

JV Swimming nominates Captain Johnny Xu for athlete of the week.  Johnny swam all 5 individual events in the final meet of the season, earning season best times in several and a 7th place finish overall in the pentathalon. Johnny’s final act of leadership was to challenge the last relay team to swim the 400 free relay all butterfly.  Johnny was the final member from Deerfield in the water on Saturday, and his enthusiasm and determination led to an ovation from all teams participating.  Johnny has served as a leader in practice and in meets and will be sorely missed.

The Girls Alpine Ski Team for their 3rd place finish at NEPSACs!!!

Our Athletes of the Week are our managers, Sarah Wright and Kat Hioe. Sarah and Kat are as reliable as they come, and have been fantastic managers for us this season. We have truly appreciated all of their help and support this season, from running the clock in practices to filming and handling the scorer’s book in our games. Sarah and Kat have helped our season run very smoothly, and we are grateful for their work!

These two forwards have given the team good depth and have begun to embrace their role as penalty killlers. Their hustle and love of playing hockey is great to see and they are finishing up the season with strength. Both come to the rink every day ready and willing to work hard and be a big part of this team. The message they bring is keep working hard and good things will happen!

Ali Dougal is Girls Varsity Hockey’s athlete of the week. A four-year Senior, Ali unselfishly agreed to switch positions for the final few weeks of the season in order for the team to be as successful as possible. Not only has Ali handled this change with her typical positive attitude and enthusiasm, but she has been an absolute force all over the ice. Against Hotchkiss on Saturday, Ali was dangerous on every shift: she forechecked ferociously, drove hard to the net, and made something happen almost every time she touched the puck. She is such an inspiration to her teammates, and a perfect example of what it looks like to put the team first.

The Girls’ Varsity Squash Athlete of the Week is Sasha Hinckley.  Despite a persistent cough, Sasha has pushed herself to work hard in practices and play hard in matches.  As a result, she easily defeated her Taft opponent last Wednesday, and after falling behind two games in her match against Exeter, Sasha rallied and crushed her opponent 11-1 in the fifth game.  Her tough, can-do spirit makes her a great teammate and player.

Maggie Tydings is our AOW! She does every set with a smile, asks how to develop faster races, and is always willing to swim the event needed, whether it’s one she enjoys or not.

On Saturday, the boy’s JV squash team played Exeter without our #2 and #3 players which put us at a disadvantage against a strong Exeter squad.  With the match tied at 3-3 the mighty Jack Lund walked on to the court as our final match.  He confidently told his coach, “Don’t worry, I got this”.  Jack played some of the best squash of his career and completely dominated his Exeter opponent to clinch the match for DA.  This is the teams fourth 4-3 win of the season and Jack has been an integral part of a great season out on the courts.

Connor Mead is the Athlete of the Week for Varsity Boys Basketball. He has been an anchor for our team in practice, competing hard and challenging his teammates to give their best every day. He played solid minutes in our most recent win against St. Paul’s.

Hunter Keller is the girl’s JV hockey Athlete of the Week. Hunter started playing ice hockey this season as she was eager to try the goalie position. It didn’t take her long to get the hang of it and her skating and technique have greatly improved over the course of the season. In fact, Hunter played a significant role in our huge win against Williston last week (6-3) as she shut down many of their offensive attempts. Hunter has brought so much positive energy to our team and we love the fact that she always has a smile on her face while playing. Congratulations on a great season Hunter—we are psyched to have you back in net for us next winter! 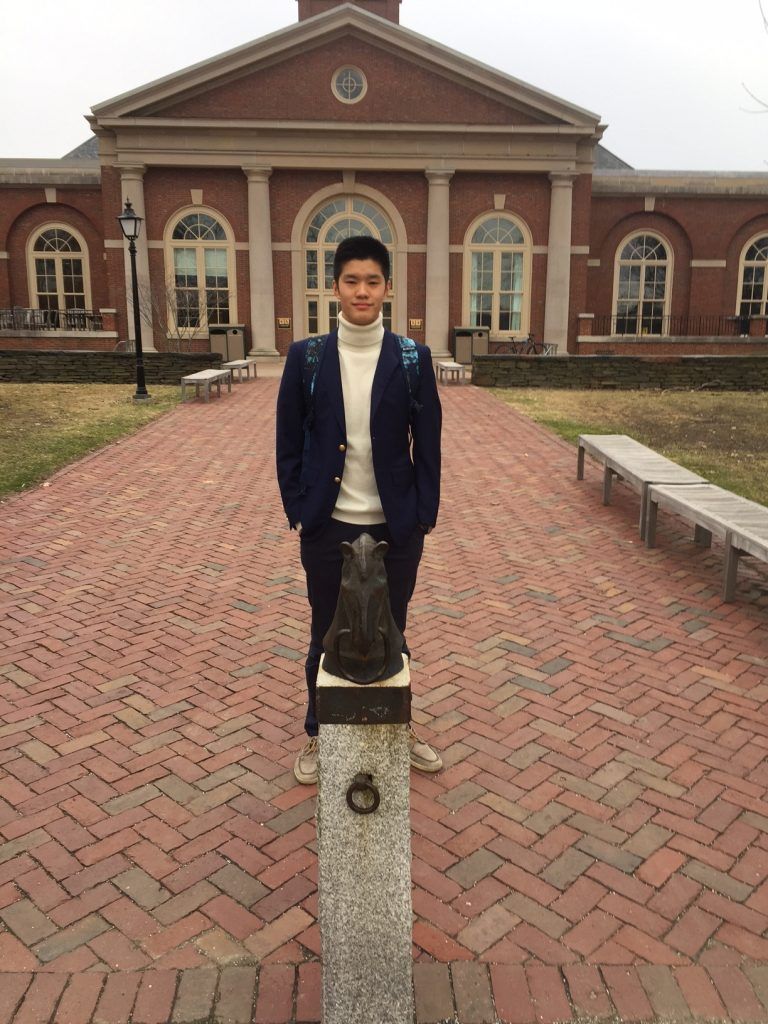 Adrian was the only thirds player to go 3-0 in a busy week of matches: a big win playing in the #1 position against Eagle Hill, a dominant victory against Choate, and an incredible effort against Andover (coming back from 9-4 down in the fifth to win 11-9). He raised his season record to 12-1 and has been our most dependable player this season.

The boys basketball team would like to recognize Henry Renelus as their Athlete of the Week. Henry has been a steady force all year. As one of the team captains he leads by words and deeds, working hard to improve our play as a team and helping to motivate his teammates to play better. Henry does a little bit of everything on the court. He’s one of the team’s primary point guards, he scores, plays defense and rebounds. His steadiness and poise are major factors in our success this season.