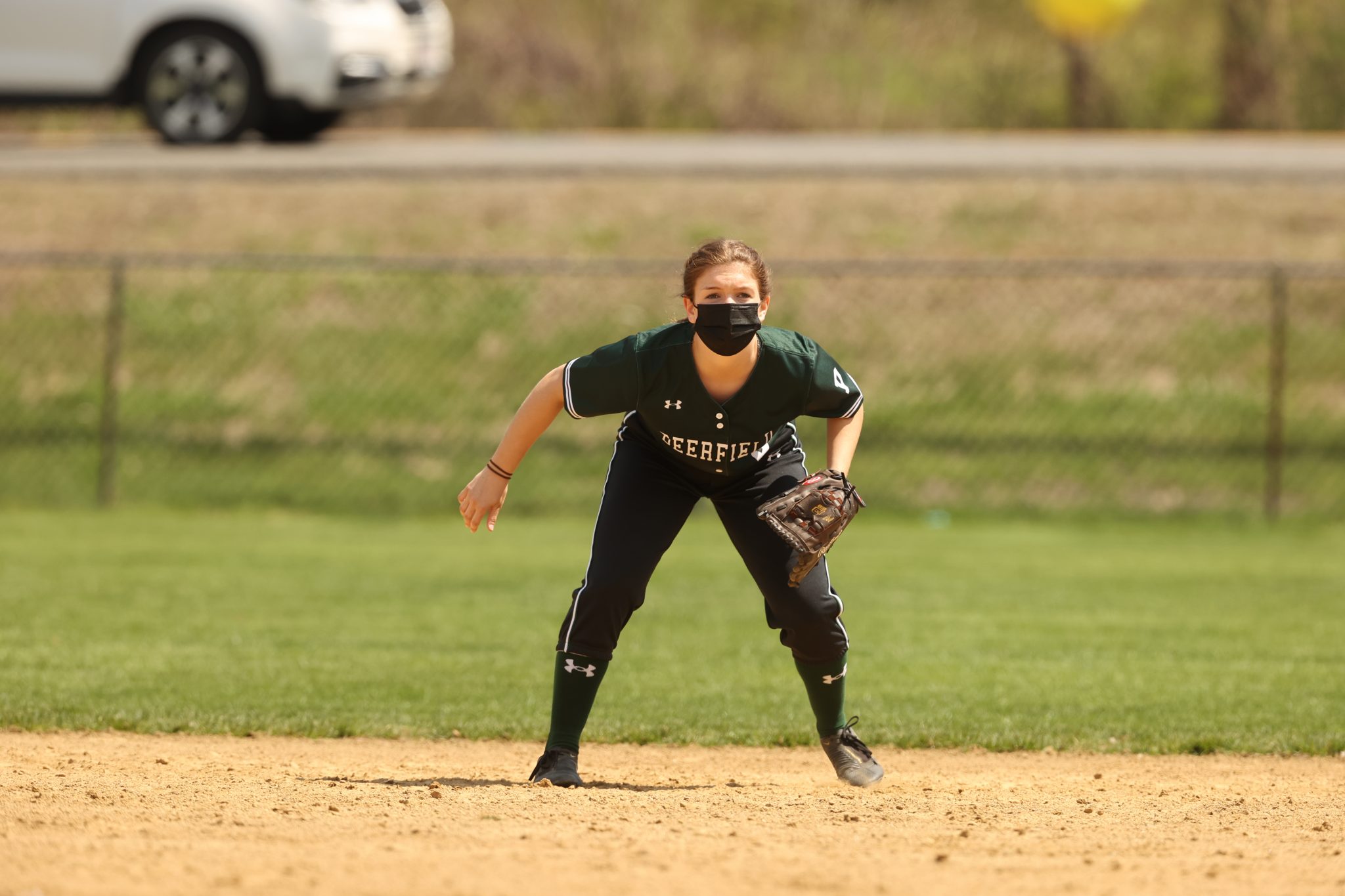 GG: What’s your story with sports?
KH: My dad is the athletic director here, so I’ve been playing sports for as long as I can remember. I practically grew up in skates, on the soccer field, and I also played lacrosse and any sport possible. Soccer and hockey were the main ones. When I got here, I was really set on playing lacrosse. But coach Melvoin was my advisor, and I had two senior captains kept encouraging me to try out softball. So, I gave it a try, and now I play soccer, hockey, and softball, and I can’t imagine myself playing different sports.
JH: Just like Kelly, I grew up playing any sports possible. I tried soccer, basketball, softball, gymnastics, and ballet, but mainly softball stuck with me, and I also play soccer at a less competitive level. I played softball at a couple of club teams, but my last club team got to the point where it was so intense that it made me lose the love a little bit for the sport. But this year, being on the Deerfield team, it honestly really made me start loving the sport again. If you make a mistake, nobody will blame you, and there is only encouragements and cheers. My team is just the best.

GG: How do you guys get yourselves ready in the locker room and the dugout on game day?
JH: We don’t have a locker room, and our field is behind the O’Bryne Curtis dorm.
KH: We’re good, so more people should come out and watch! Music is huge, we’re always playing music. Before a game, we all show up, and the music is already blasting. We do a lot of team meals together, even on Sundays, so we would be coming from a team breakfast or lunch together. Then we get out there, and start our warm up.

JH: Right before the game we always have these team huddles, and one of the captains always say the cheer “Go Big Green”, and they would give a pep talk right before every game.
KH: During the games, the dugout gets loud too. We’re always cheering, especially when we’re up to bat.

GG: What is special about the Deerfield softball team this year?
JH: There’s no hierarchy in the team.
KH: Team culture. 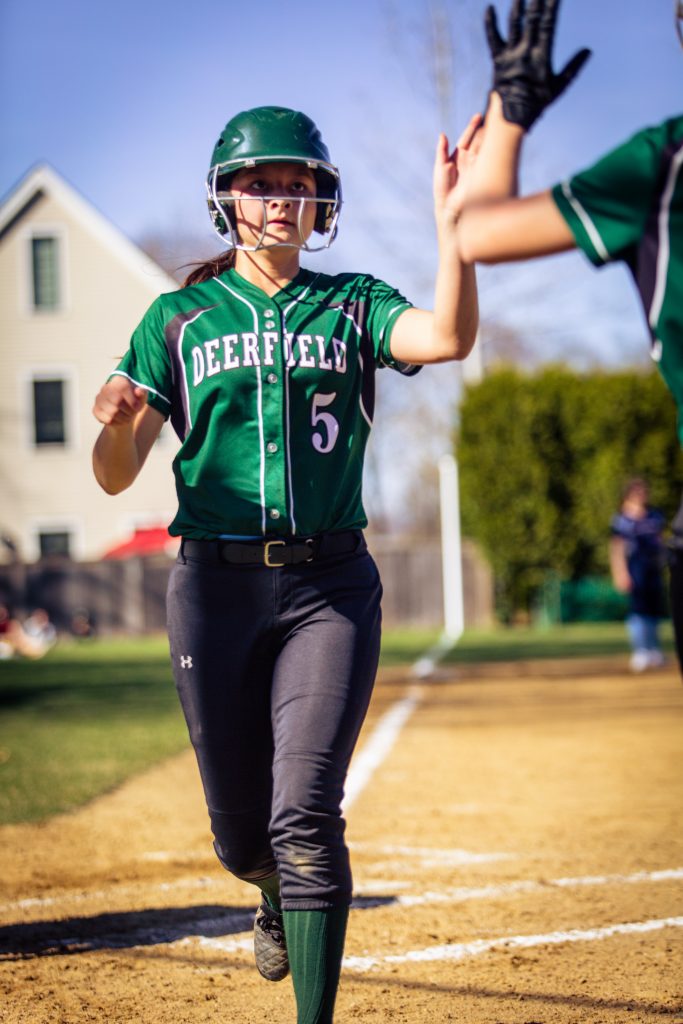 GG: Share with us one moment of highlight of the season.
JH: The Andover game!
KH: We had a game against Andover, and we were down 1-3 in the bottom last inning. There were two outs, and I was up to bat. This is my second year playing, so I’m still learning something new in softball every day.

JH: There were two players on first and second, and Kelly was up to bat.
KH: I’m shaking, but I was ready. The pitcher pitched, and I hit the ball. I thought it would have been a single, as it went between third and shortstop. I was thinking, now bases are loaded, and we wait for the next batter. But they threw the ball to home to get the players that was on second out, but they missed. So, we kept running, and they threw the ball to third to try and get another out. Again, they missed, and we all ran in to score 3 runs!

JH: Yeah, so Kelly hit a 3-run walk-off homerun, which was pretty crazy. It was also our first-time beating Andover in a few years, so it was a really nice feeling.
KH: I should have retired after that [laughs].

GG: What is the most valuable thing about softball for you?
KH: It’s an outlet for me. I have always grown up playing sports competitively, and I was always going one hundred percent for soccer and hockey. For softball, it is also serious for me, but it is also a way to find love for another sport, like the way I did when I was a kid.
JH: For me, it is definitely the team. Our freshman year, our team and captain were amazing, and that started my softball time here on a really high note. If the team culture is different, I feel like it won’t be as great as it is now. I think we have the best team on campus.

GG: Next year, you will be a senior on this team. How do you plan to lead this team next year?
JH: I am really excited about next year because I’ll be a leading senior on the team. Also, because I played softball for my entire life, I have learned a lot of fun games to hopefully implement into our practices next season.
KH: For me, I want to carry on the team culture. We always find ourselves as the more fun team, and I want to keep that going. We keep getting more competitive every year, so I like that aspect, too. But, as we get better, I think we still have to stay fun. 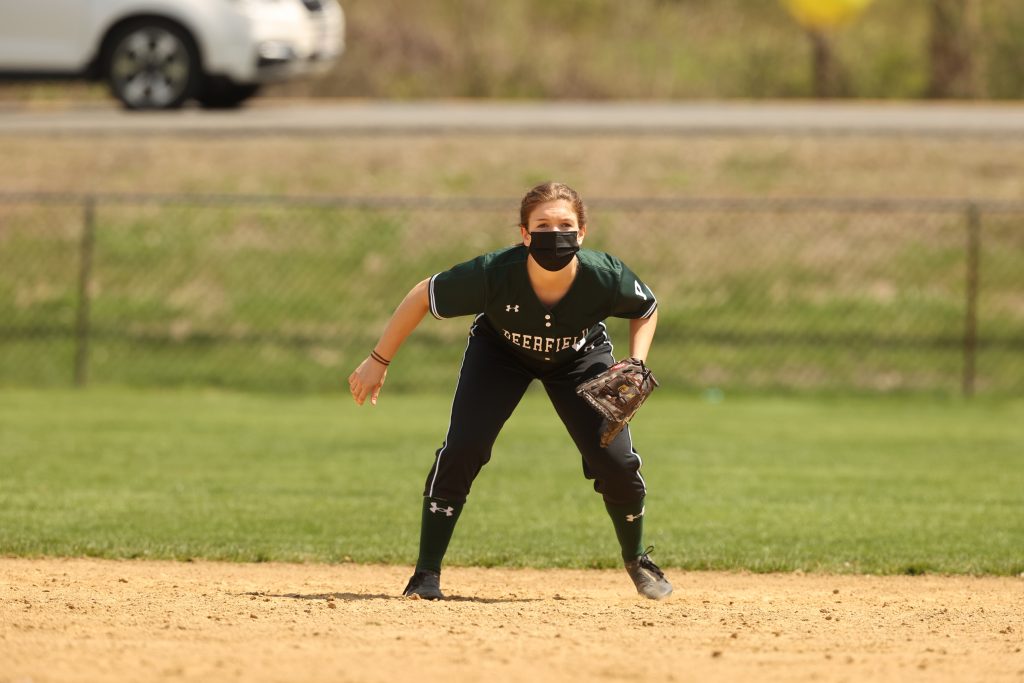