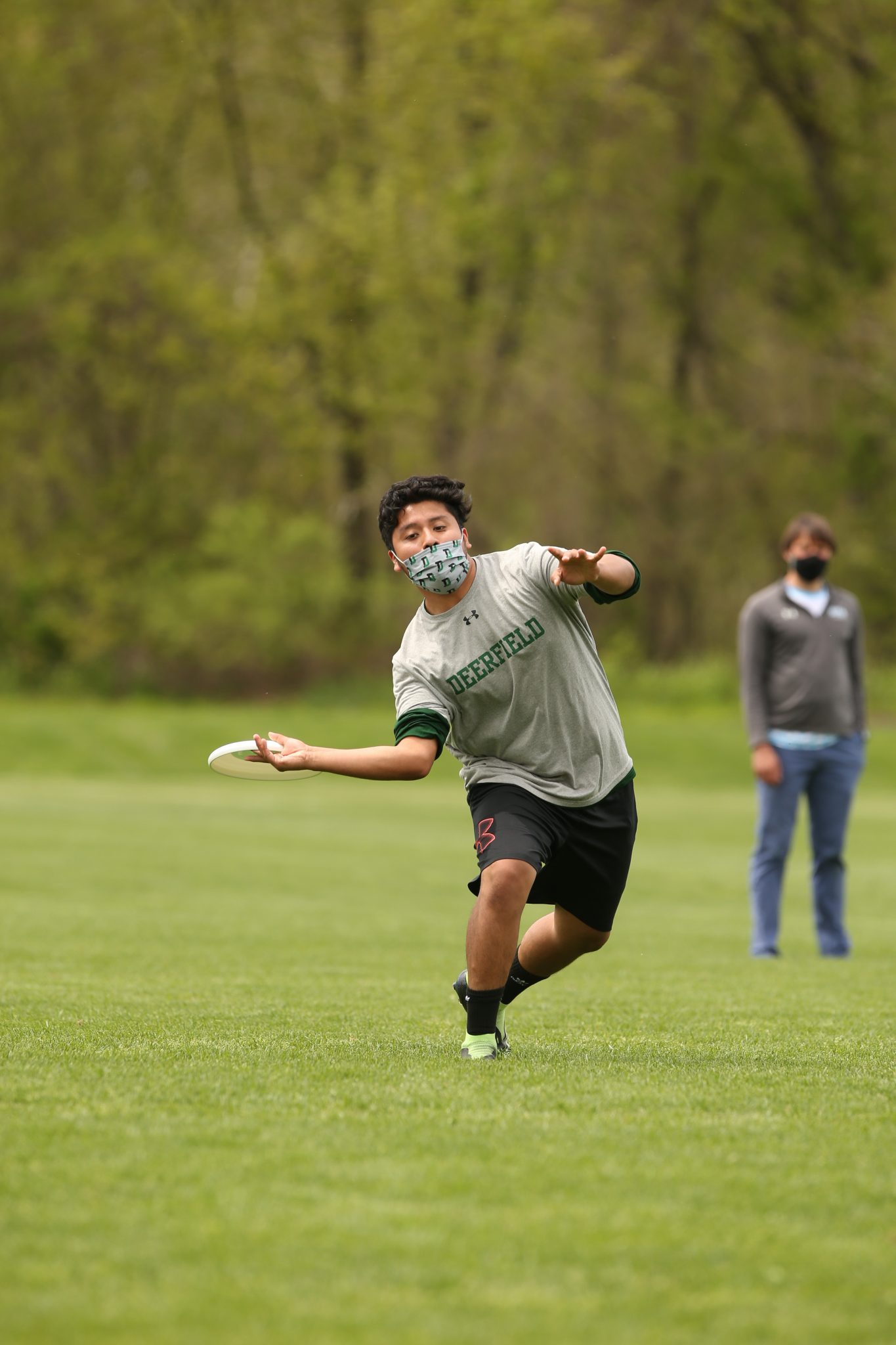 GG: What’s your story with ultimate?
AT: I think ultimate is all about spirit. You have to be competitive, yes, but I think what made my team and my story special this year is how we were all there for each other. One bad play never set the mood for us, and the positive vibe we brought was great.

SC: It was back in middle school, where a lot of people played ultimate. Many would play during recess and lunch breaks, and there would be extra disks lying around, so my friends and I would pick them up and throw them around. We used to play every day after study hall, and that got me into ultimate because of how fun it is. Sometimes in ultimate, you don’t think you can catch the disk, but you actually do, and it is a great feeling. It is also great to see your friends do that.

GG: What do you enjoy the most playing with your team at DA?
AT: I really enjoy how laid-back the team is. It is a serious sport, but it is about having fun more than anything.

SC: It is the people for me. Everyone is super nice, and the seniors this year are always encouraging. No matter it is in practices or games, we always have fun, especially if the weather is nice, and it is a great sport to enjoy with fun people. 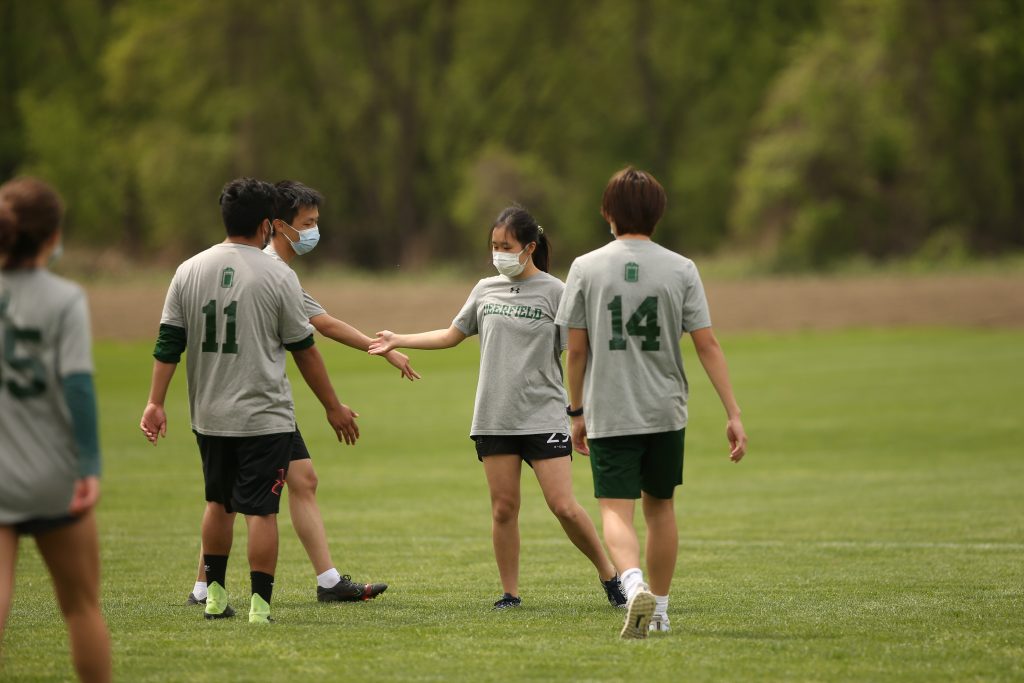 GG: Tell us your best moment so far with this Deerfield team.
AT: We had a game against Andover, and boys & girls played separately. We only had two subs, so it wasn’t really a fair game. But Shane McCarthy (‘21) made a really incredible play in the middle of the game. The disk was going out of bounds, but he jumped for it and threw it back in before it did, and we eventually scored with that play. That was a special moment for me.

SC: For me, it is the game against NMH. We thought we were going to lose in the beginning, but we made it a really close game. A lot of players who don’t usually score too many points scored a lot of points for us that game. It was an intense game, and in the end, we had so much fun playing that game.

GG: What is the most valuable thing about ultimate for you?
AT: Something valuable for me is that I have learned to appreciate the wind. On very windy days, it is very hard to play the sport, and I have learned to value the windless days. I wouldn’t really be able to say this if I have never played ultimate, which is why this is special for me. 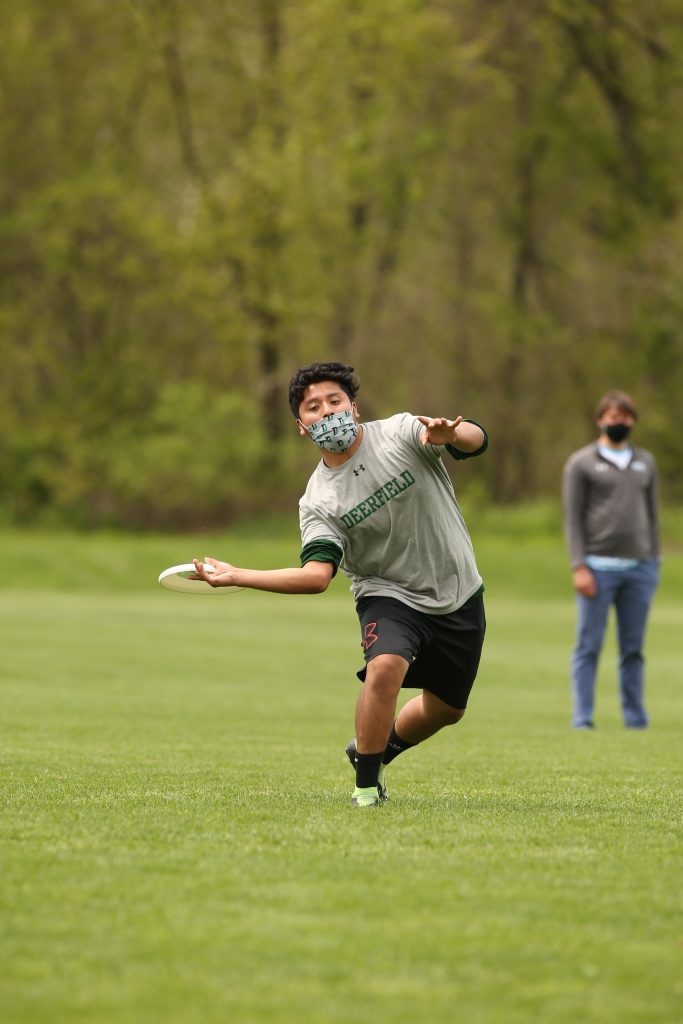