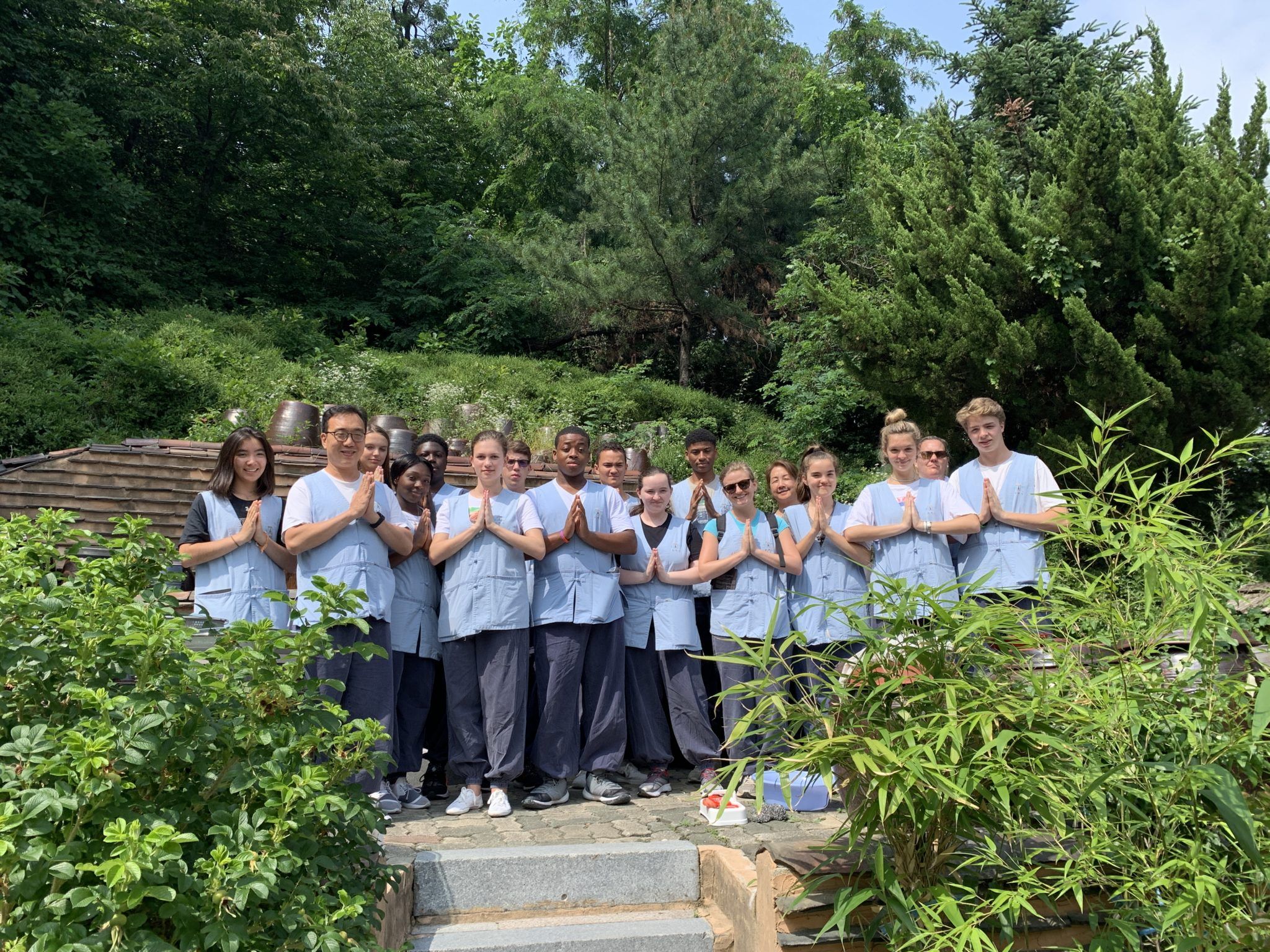 Raheme Taylor ’20 and Shane McCarthy ’21 share their first day at the Hwagyesa Temple.

Today marked the first day of our temple stay, and the day itself involved all of us stepping out of our comfort zones and exploring. From weird but traditional chicken soup to meeting really nice nuns and monks, today had it all. When we arrived at the temple, I was a little bit worried. We were told that the food here is completely vegetarian, and I didn’t want to accidentally mess up during our meditations in a way that would be disrespectful to the nuns and monks. I was also worried about location, as I was expecting it to be remote. But these worries were erased as soon as we got adjusted and learned the schedule.

Our quiet walking meditation was actually pretty nice, as it was a great way of being unplugged from our phones and social media for a good portion of our time here. Hiking was absolutely worth it, as at the top and end of the hike there was an amazing view of Seoul and other mountains in the distance. Although there were a couple times I nearly slipped on the way down, I would be willing to go on that hike again in the future.

To keep up with the theme of being unplugged, we did a half hour long form of meditation called prostration, where we were able to examine our morals as human beings. There were exactly 108 bows in total, the same number of beads we used to make necklaces, which will help us perform the meditation whenever we have time to in the future. Overall, today was great, as I believe people should immerse themselves when learning about new cultures by being vulnerable and open minded. You can’t knock it until you try it. 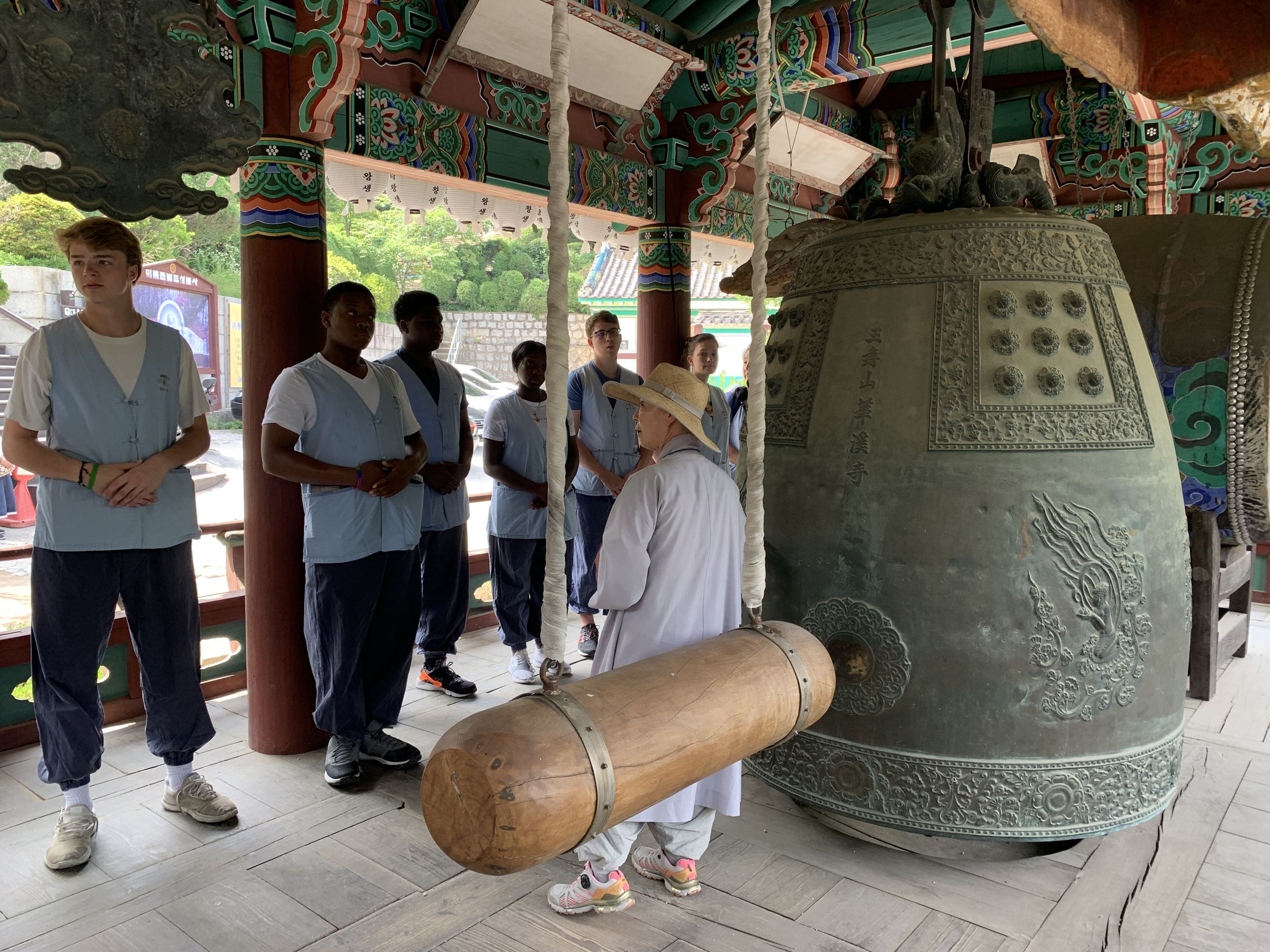 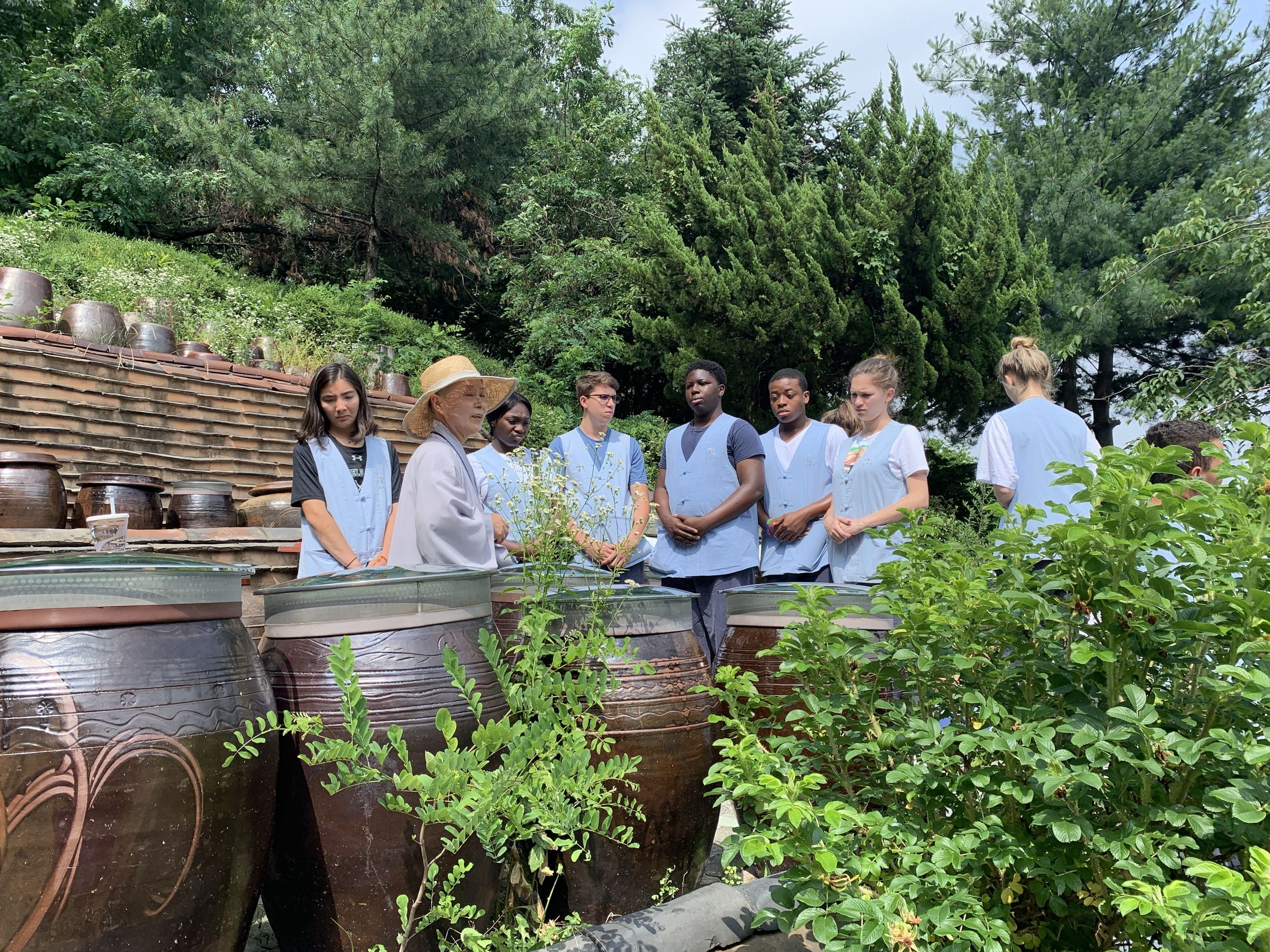 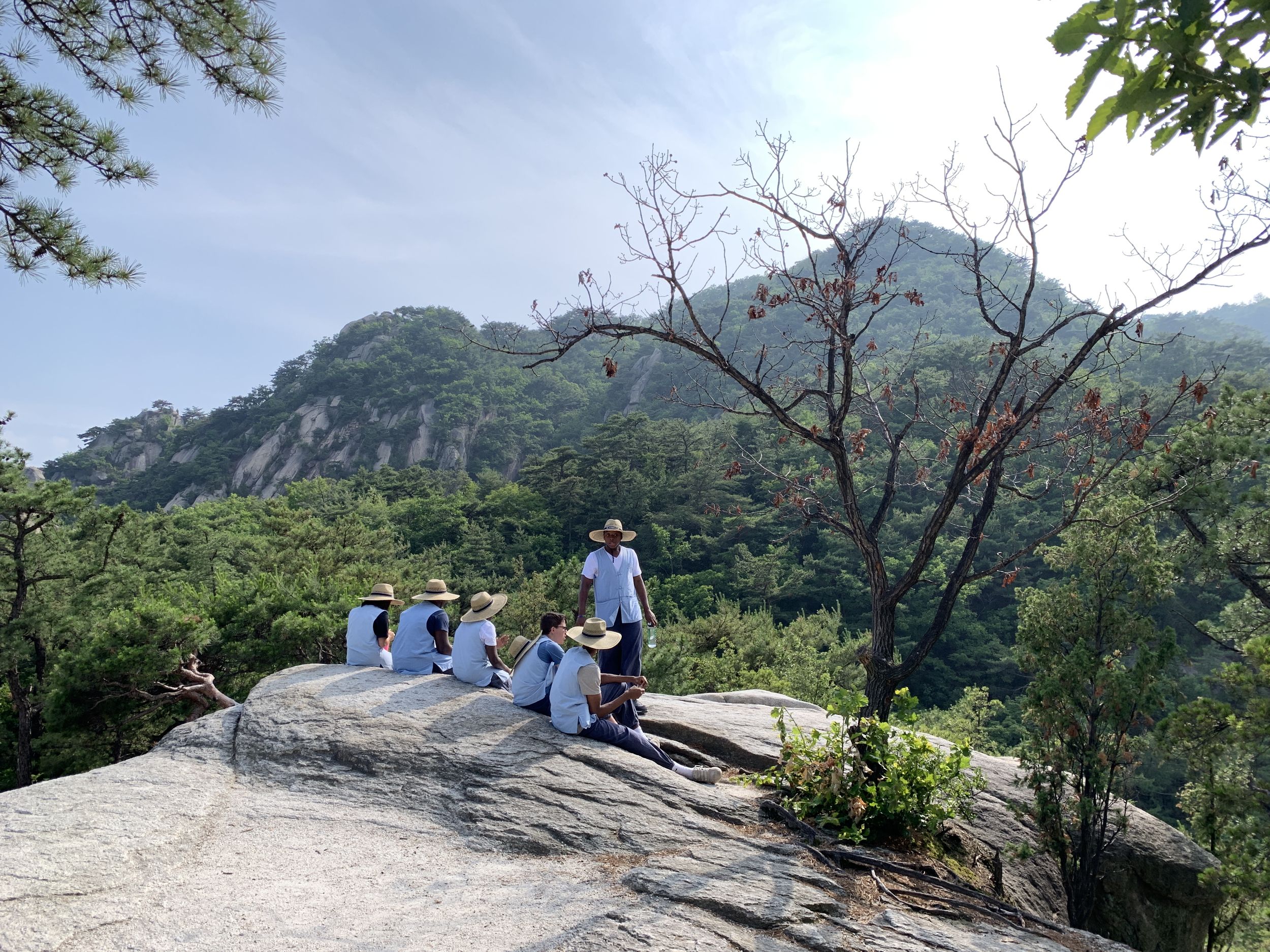 When most people think about a temple stay thoughts of long meditation and inner mindfulness crawl into their mind. However, even though we practiced silence and inner reflection during our temple stay, the moment that affected me and the group the most was the hike to the summit of a nearby mountain. Coming into the temple stay, there were definitely feelings of anxiety and doubt clouding everyone’s heads. So, when we were greeted with welcoming smiles from everyone we met, a weight was lifted off our shoulders.

After everyone settled into our rooms, we were introduced to Jennifer, who taught us the basics of temple practices. Then we were introduced to our first nun; this nun showed us around the beautiful temple grounds, highlighting the temples own fermentation pots, where they fermented things such as soy sauce and Kimchi.

Once our tour was completed the nun told us we were going to go on a “walking meditation,” which the whole group, including myself, believed was going to be a short walk in the woods where we could reflect in silence along with the nature. However once the walk began our perception of a “walking meditation” completely changed. We were lead by the nun into the woods surrounding the temple, which quickly increased in incline. She led at an impressive pace for someone her age, bounding up rocks half her height with relative ease. The surrounding nature was tranquil, with the path following beside a small stream, crossing it several times. The running water filled our otherwise empty minds with a rhythm to trek along to. 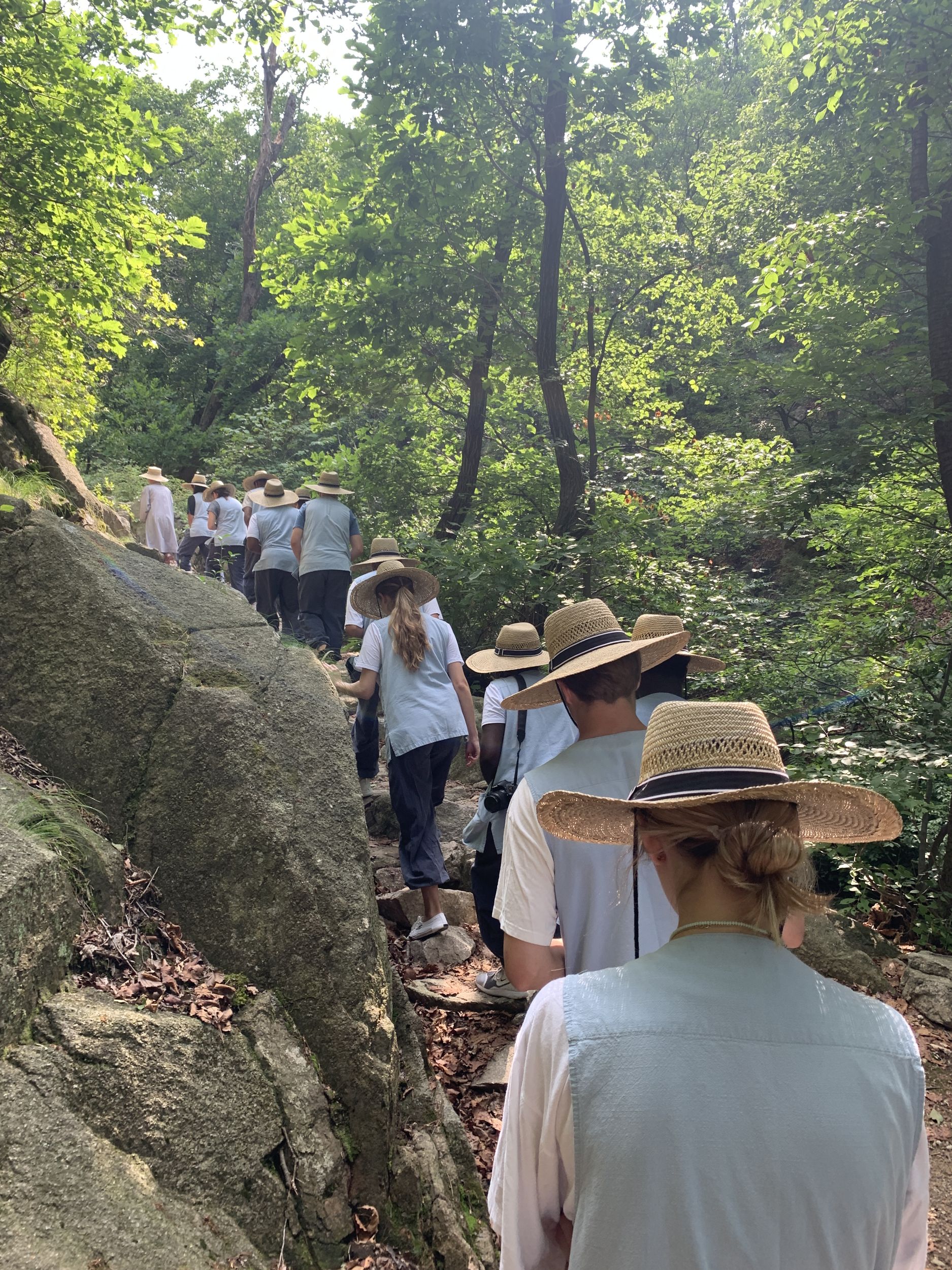 As we continued onward, my calves started to tense, and I began to wonder what the final point of this hike would be. I was told it was going to be the summit of a nearby mountain; thus, I began to doubt the purpose of this hike — these thoughts flooded my empty mind. I continued onward up the steep mountain, thoughts of doubt continued through my brain, until I turned the final corner and I was greeted by a view like no other. In front of me, lay the whole city of Seoul and more. The sky was cloudless as my already heavy breathing was taken away from me by the view that sat in front of my eyes. My mind was instantly clear of the thoughts of doubt, and I felt free from all pressures, while I stared out at the whole city of Seoul for the first time. 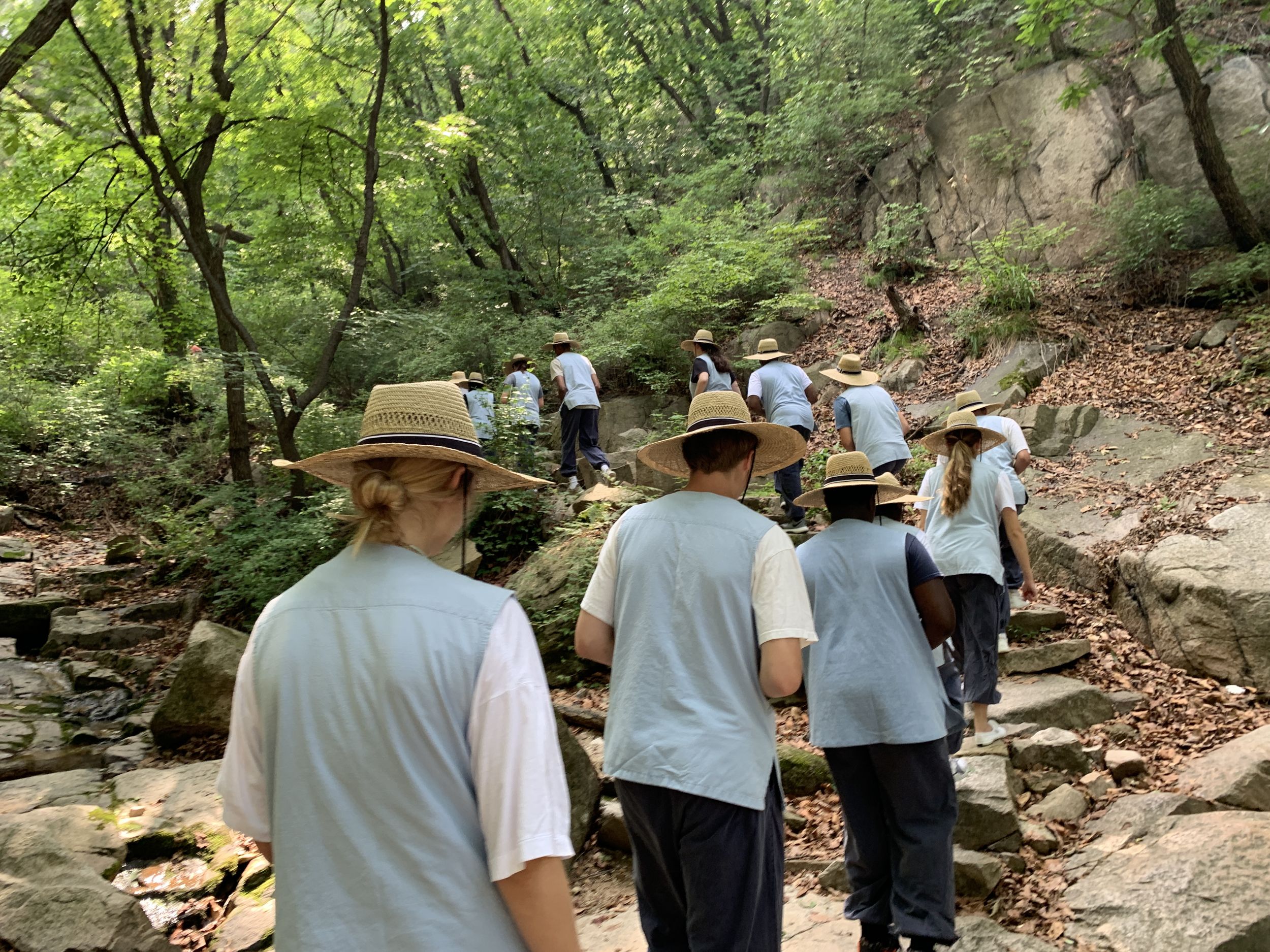 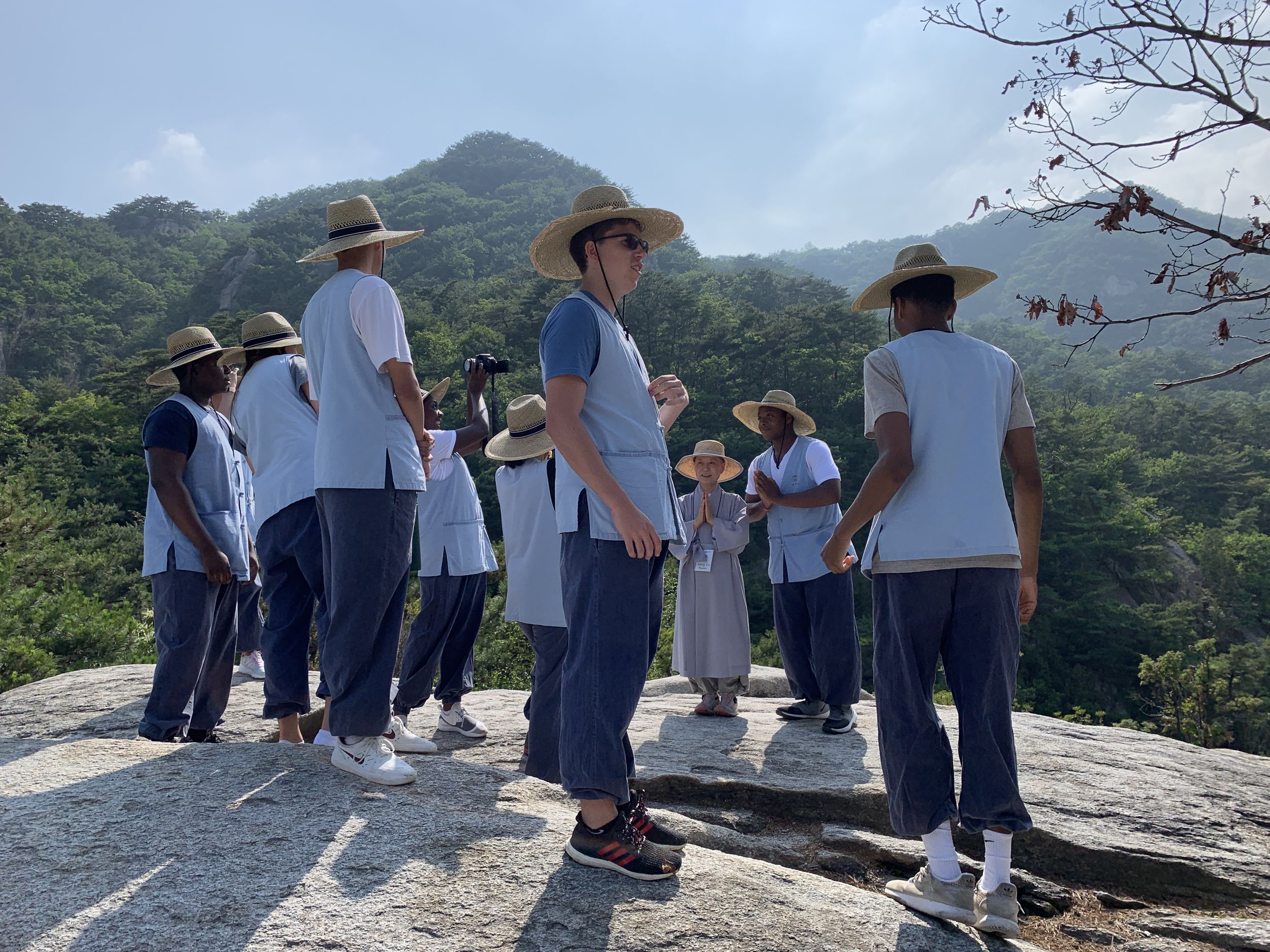 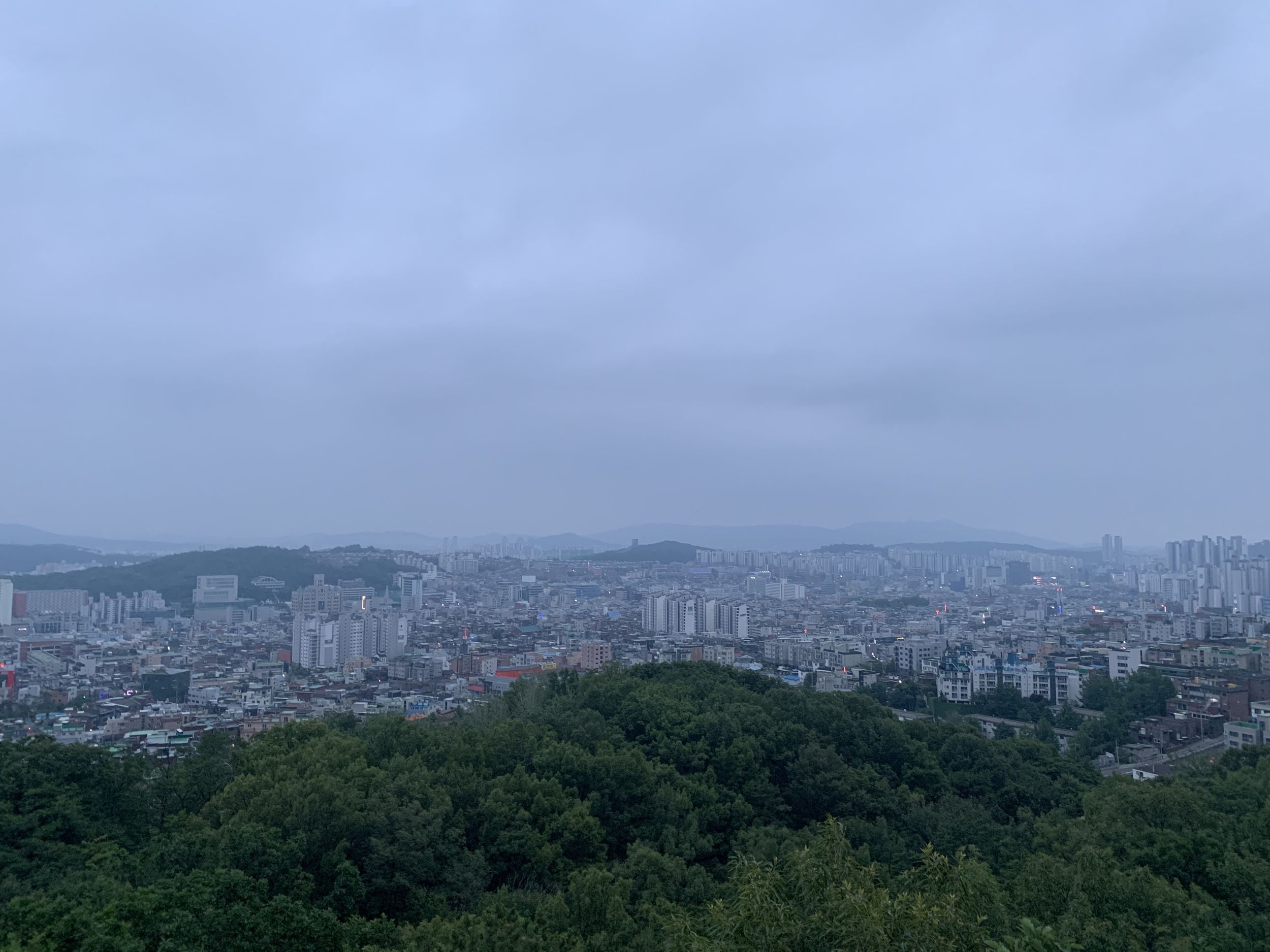 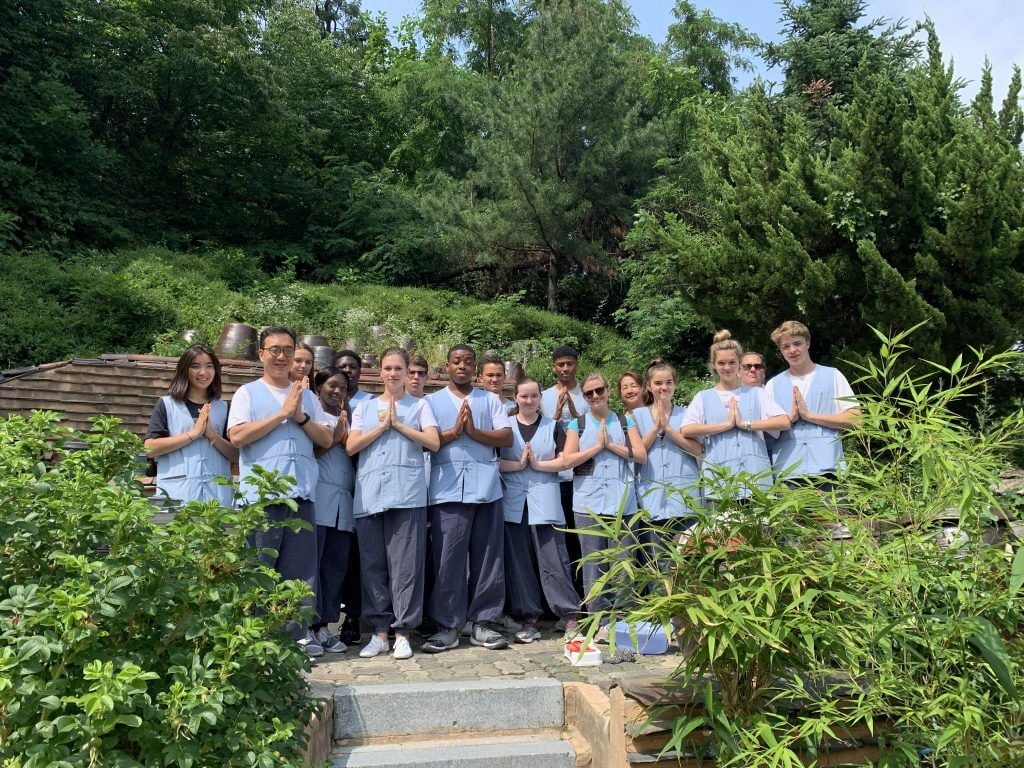