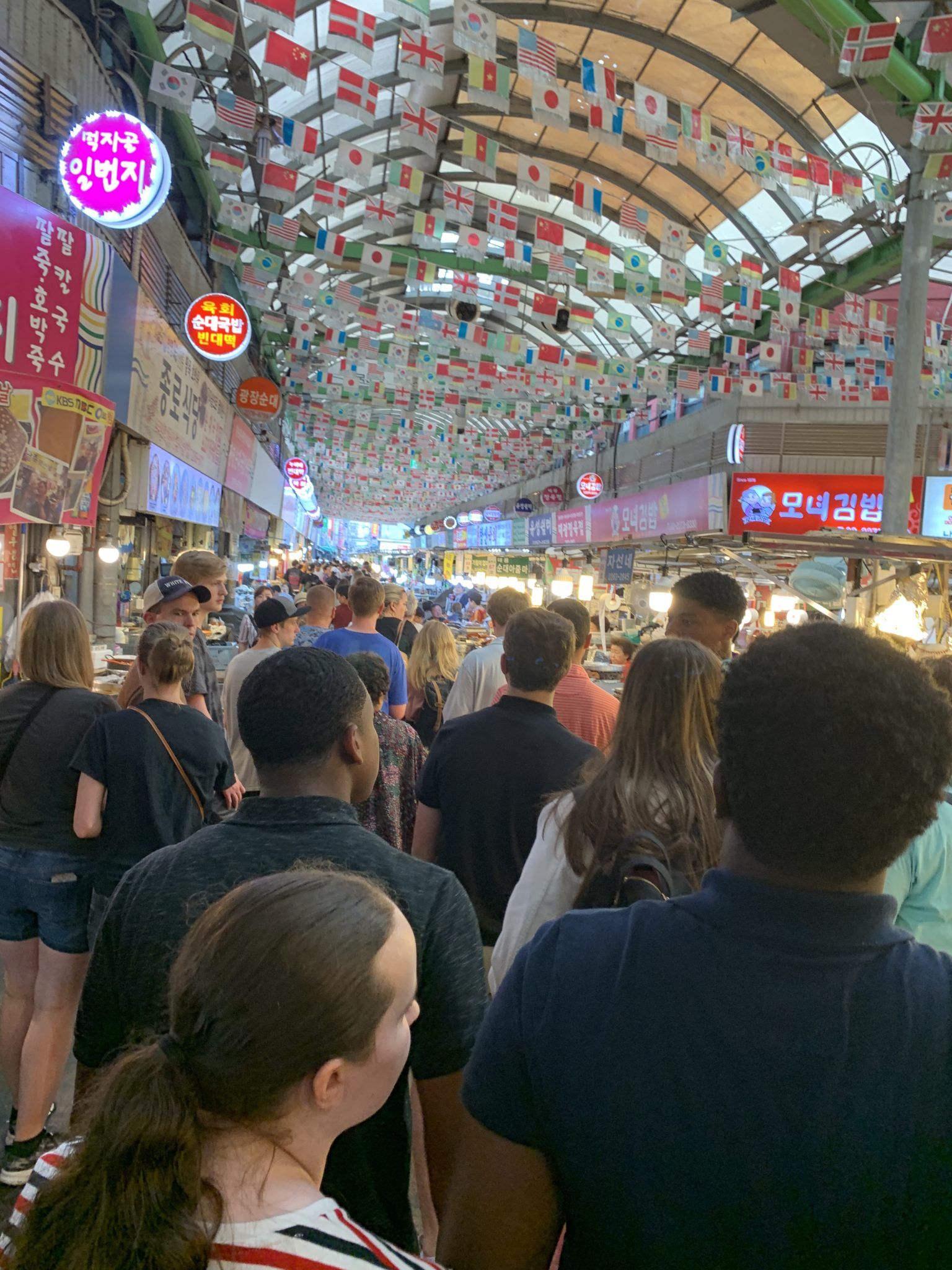 Gabriella Hu ’21 and Emma Haddock ’21 reflect on the lessons learned from their day spent with Shinsadong Tiger, a South Korean music producer, and at Coupang, an online service provider company.

We eagerly hopped off the small bus in the parking lot of what seemed to be some ordinary, white office building. A large Banana Culture Entertainment sign on a white brick wall and Shinsadong Tiger’s team awaited us at the top of the stairs, building up our curiosity and increasing excitement. In the studio, the widely-known K-pop producer’s warm smile welcomed us from a large leather chair in front of a huge computer monitor and more keyboards than he could play at once. Immediately, I could feel his joy for music and how proud he was to be showing off his work for us radiating from him.

The most important lesson I learned from our brief interview with Shinsadong Tiger was to celebrate the highest highs and accept failure as a part of the journey. Despite his casual look and young appearance, he has acquired a lot of experience and wisdom over his 18 years as a music producer. Throughout his career, the Tiger admitted that he has experienced a lot of hate from the public and many of his songs have not succeeded. Out of 100 songs, 99 of them may fail, but the one that becomes super popular is what he focuses on and celebrates. Shinsadong Tiger is more successful because he decides to take these songs that failed in the public eye and learn from them to improve how he targets his style to his audience.

We have often discussed the question, “What defines a good leader?” on this trip. The ability to accept failure and move on, as Shinsadong Tiger has taught me, is something that I will add to my list in the future. His success as a leader in the music industry is a real life demonstration that his method works. As students, leaders, and people, this advice — to celebrate the few successes that we may experience rather than dwell on the many failures — is essential. Leaders will fail over and over, again and again. It is important to acknowledge that it will happen and, although it may drag a person down in the moment, one should not let these low points define them. 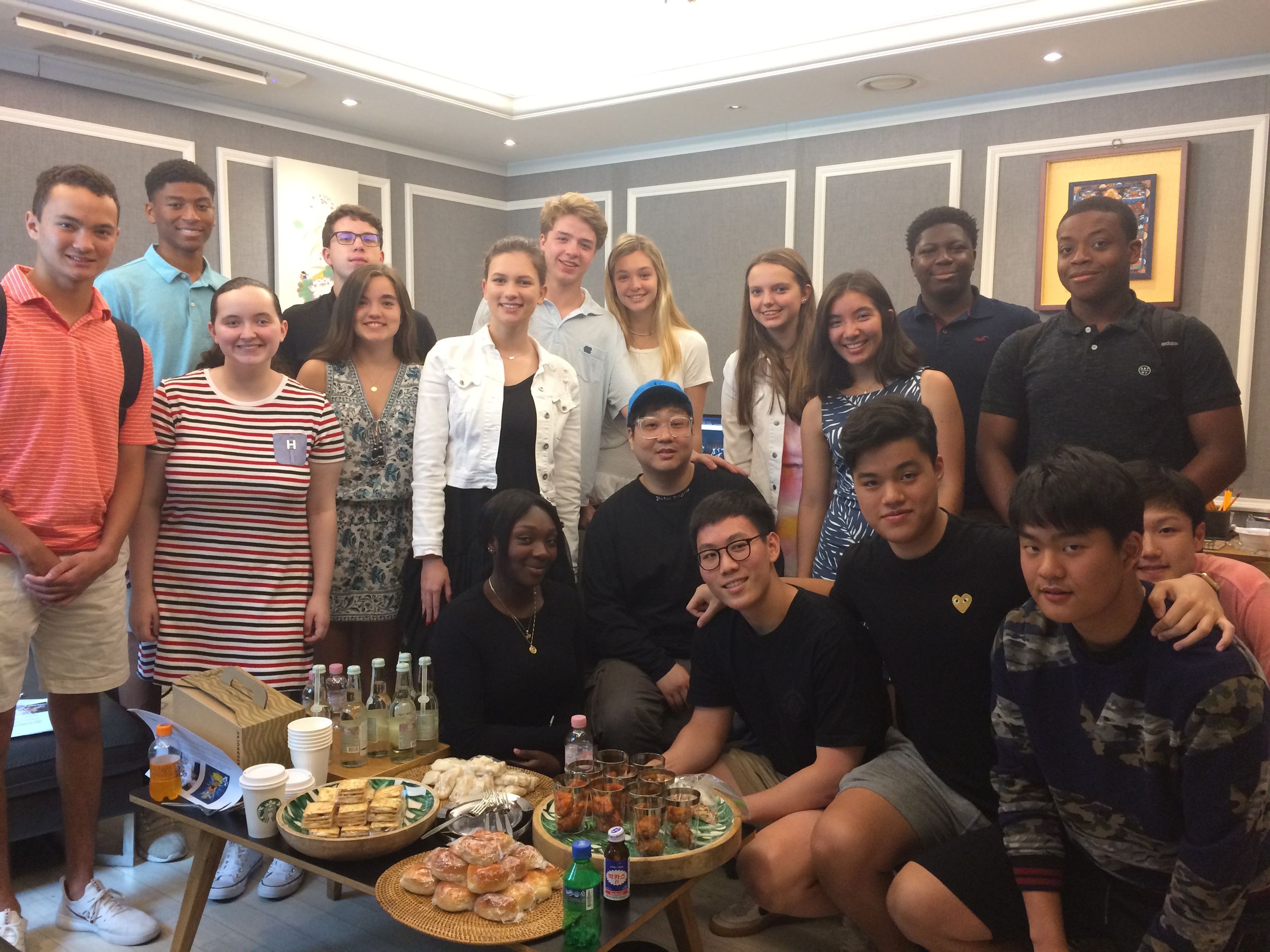 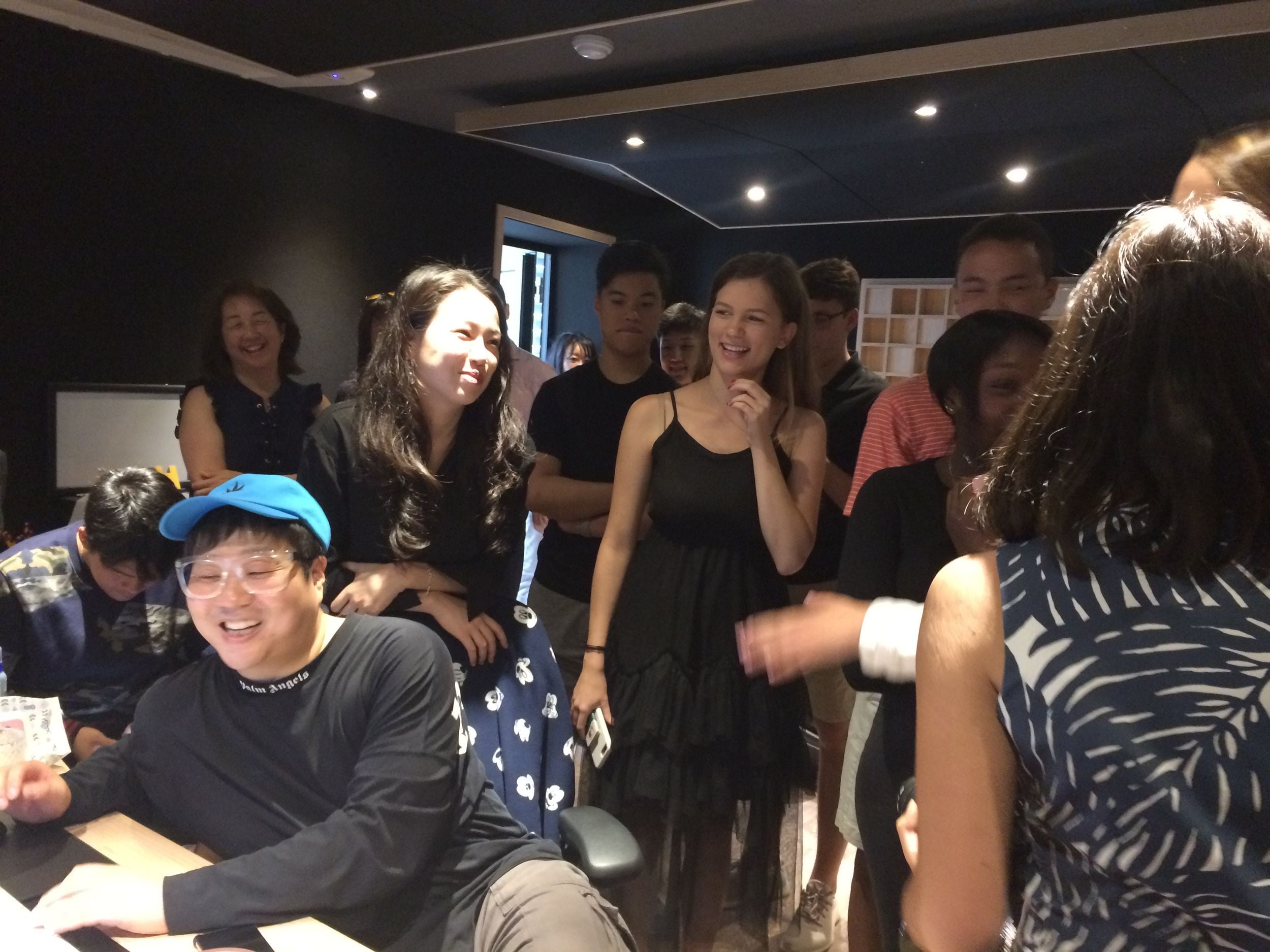 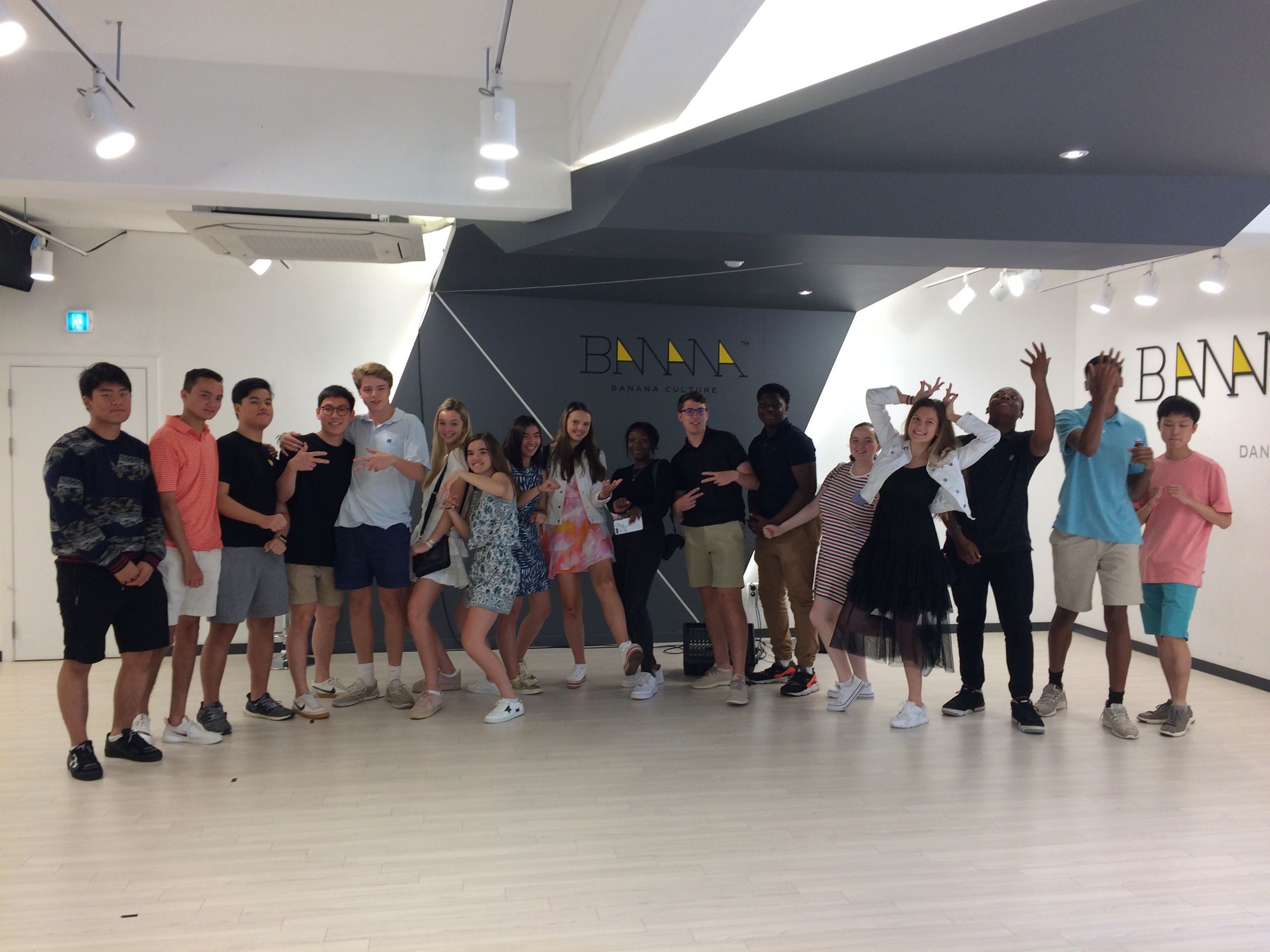 The South Korea trip has been a culturally immersive roller coaster with today being no exception. We met with a K-pop producer, had an amazing lunch with Deerfield friends who live in South Korea, toured a Coupang fulfillment center, visited an indoor market, and finished the day with some well-deserved Shake Shack, a rare break from a continuous onslaught of traditional South Korean food. The main two learning experiences of the day contrasted beyond the obvious difference of places.

The experience with the K-pop producer was an intimate question and answer discussion. The producer, known as Shinsodong Tiger, talked about the industry and answered all of our questions, covering a multitude of topics such as Korean market trends, and his favorite U.S-based artists. More than that, he talked about his views on the creative process he uses and how that manifests itself in the development of the groups and individuals he works with. His leadership style is focused on a personal level of progress involving keeping the artist’s feelings at the forefront, compromising when possible, and using an enthusiastic, emphatic approach to his job. We all left the experience, whether or not aware of it at the time, thinking that Shinsadong Tiger is a good leader, for whom happiness seems to follow.

Our next experience at Coupang, the South Korean version of Amazon growing at an exponentially faster rate, was not only different in substance but also in the takeaways of what leadership in action can present itself as. We spoke with Siam, a manager who oversaw, improved, and solved problems at four different facilities simultaneously. The tour and question/answer session focused, unsurprisingly, on more logistical and concrete solutions, rather than the previous creative process conversations. The demeanor of Siam, though, was very different regarding his employees and other hot button social issues. When discussing his employees, it was solely in the interest of avoiding problems, not improving or developing them individually. It was a conversation geared much more towards the bare minimum. When discussing the effect large ecommerce companies such as Coupang have on edged-out smaller businesses, he gave a surprisingly stark answer of blatantly saying he didn’t care. His jarring, yet honest and composed manner of leadership, one that didn’t warmly greet or acknowledge his employees, seemed a polar opposite to our experience earlier in the day with Shinsadong Tiger. Even with the two greatly varying experiences, I didn’t think much of it. One leader seemed warm and supportive, and the other seemed colder, yet just as, if not more, effective. Nevertheless, both were successful. 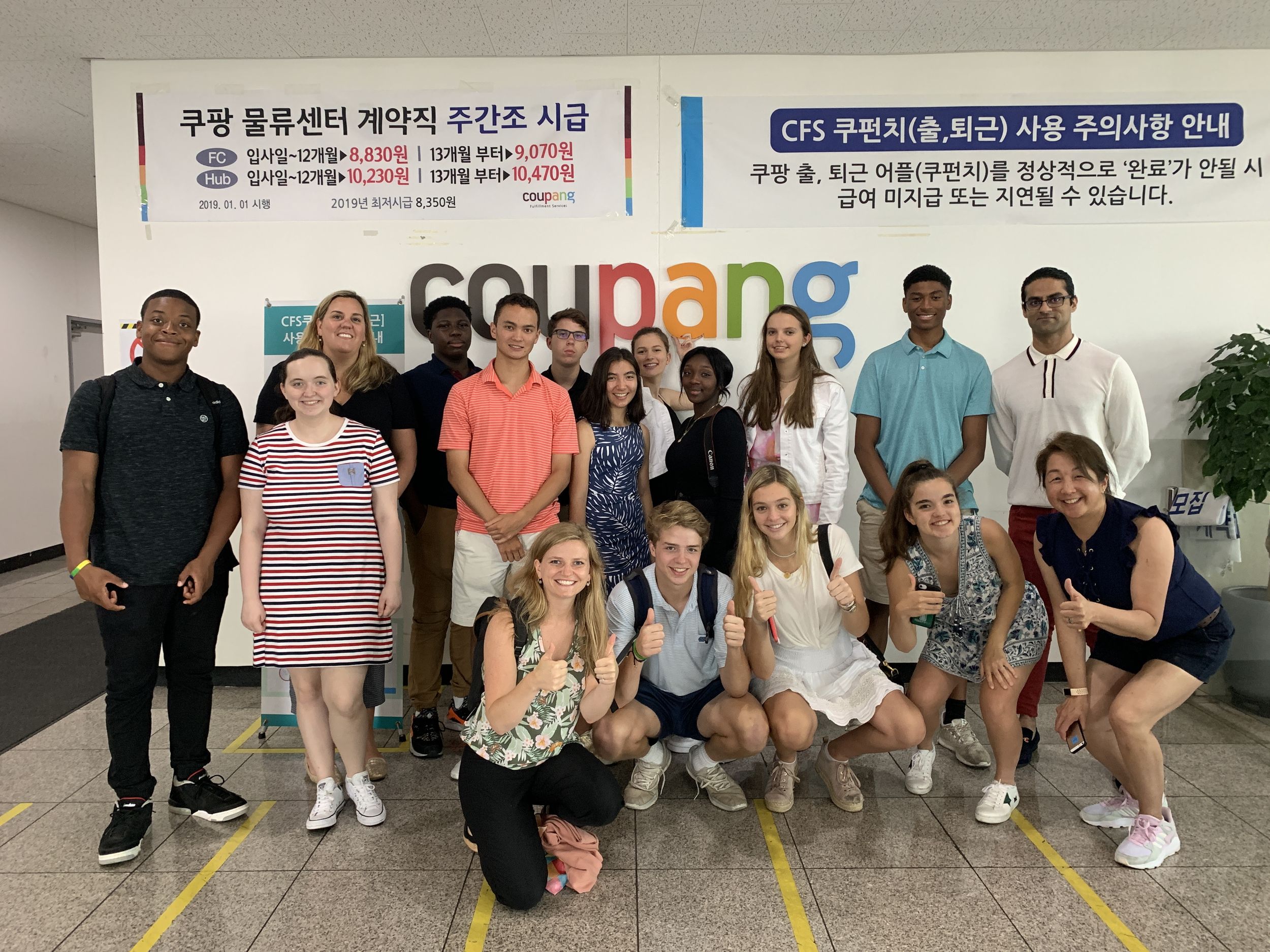 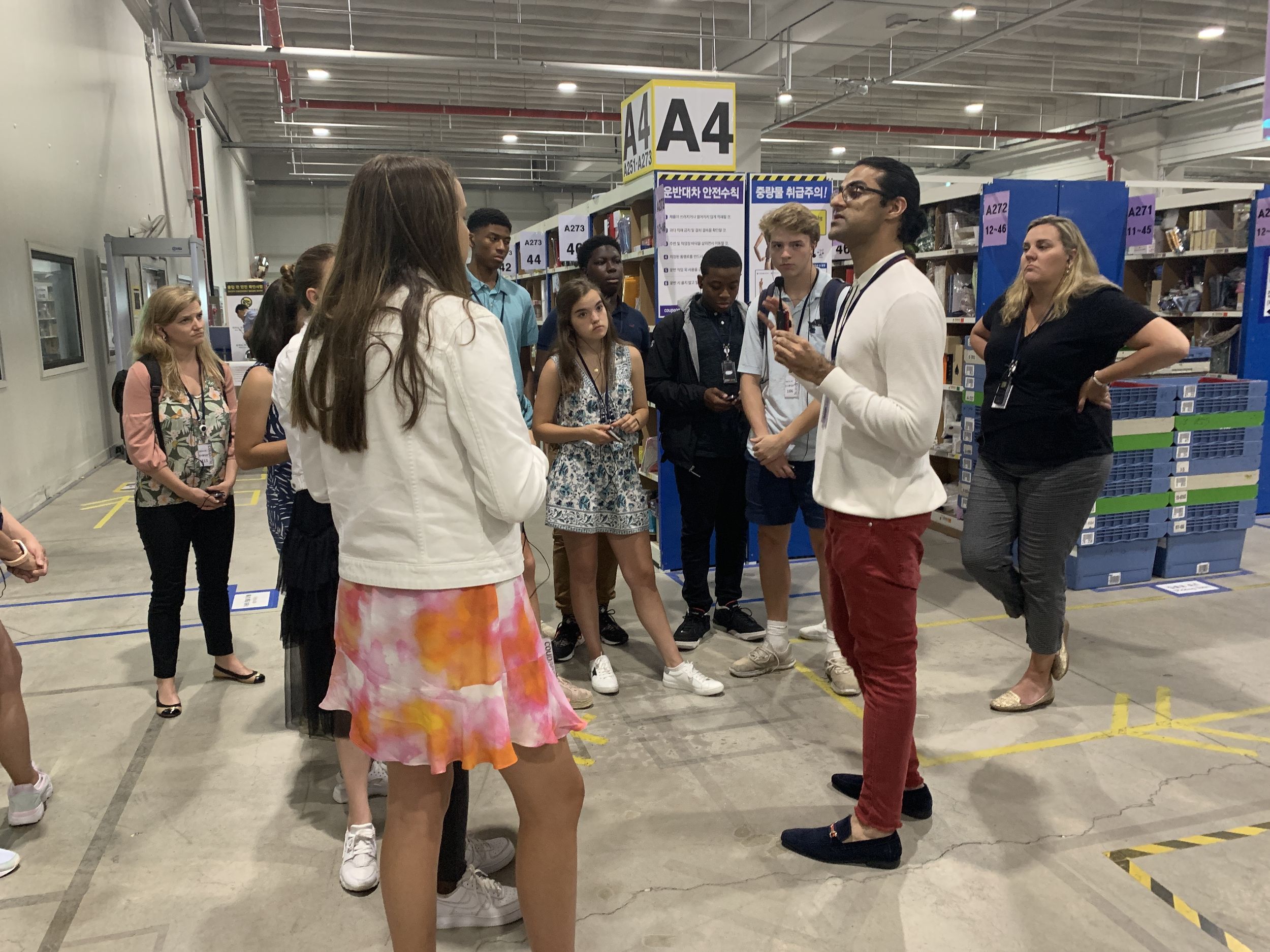 Later on though, we debriefed and discussed the leaders we’d seen today. I expected the typical praise and compliments before heading to bed; however this wasn’t the case. Many people seemed to be against Siam as a “good leader.” I was confused by these opinions based on the definition of leadership we were given in order to facilitate conversation. Both were effective and successful, yet only one had many of the qualities we thought were essential for any good leader, such as empathy or kindness. It posed a question I couldn’t answer. Should a leader act in the interest in those he or she is leading, or representing? At first, it seems as though Siam was not the better leader, but he had the duty of representing the interests of the company financially and the people he was leading, such as the workers in the fulfillment centers. Tiger simply had to have the best interest of his artists in mind. Before we broke for the evening, Ms. Wakeman had us write our own definition of leadership. I struggled after my new revelation whether to put a leader’s duty of whom he or she’s representing first or whom he or she’s leading. The answer I came to, however, is that leadership and the unavoidable choices that accompany such a title must always be a personal journey, using values and priorities one has attained. One definition of leadership cannot encompass all effective leaders. To remedy this, when being the leader you choose to be, simply always try to be a better one. 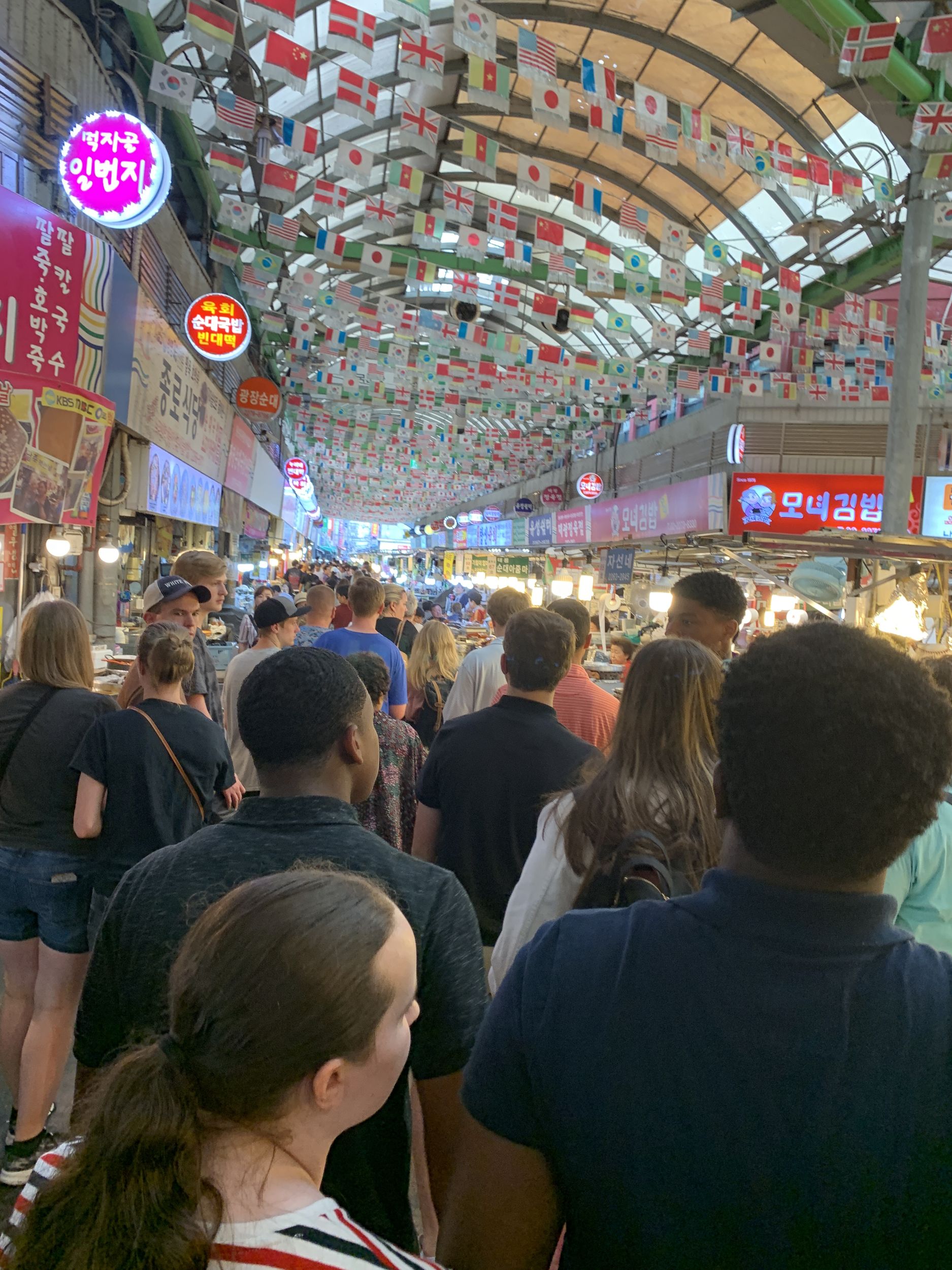 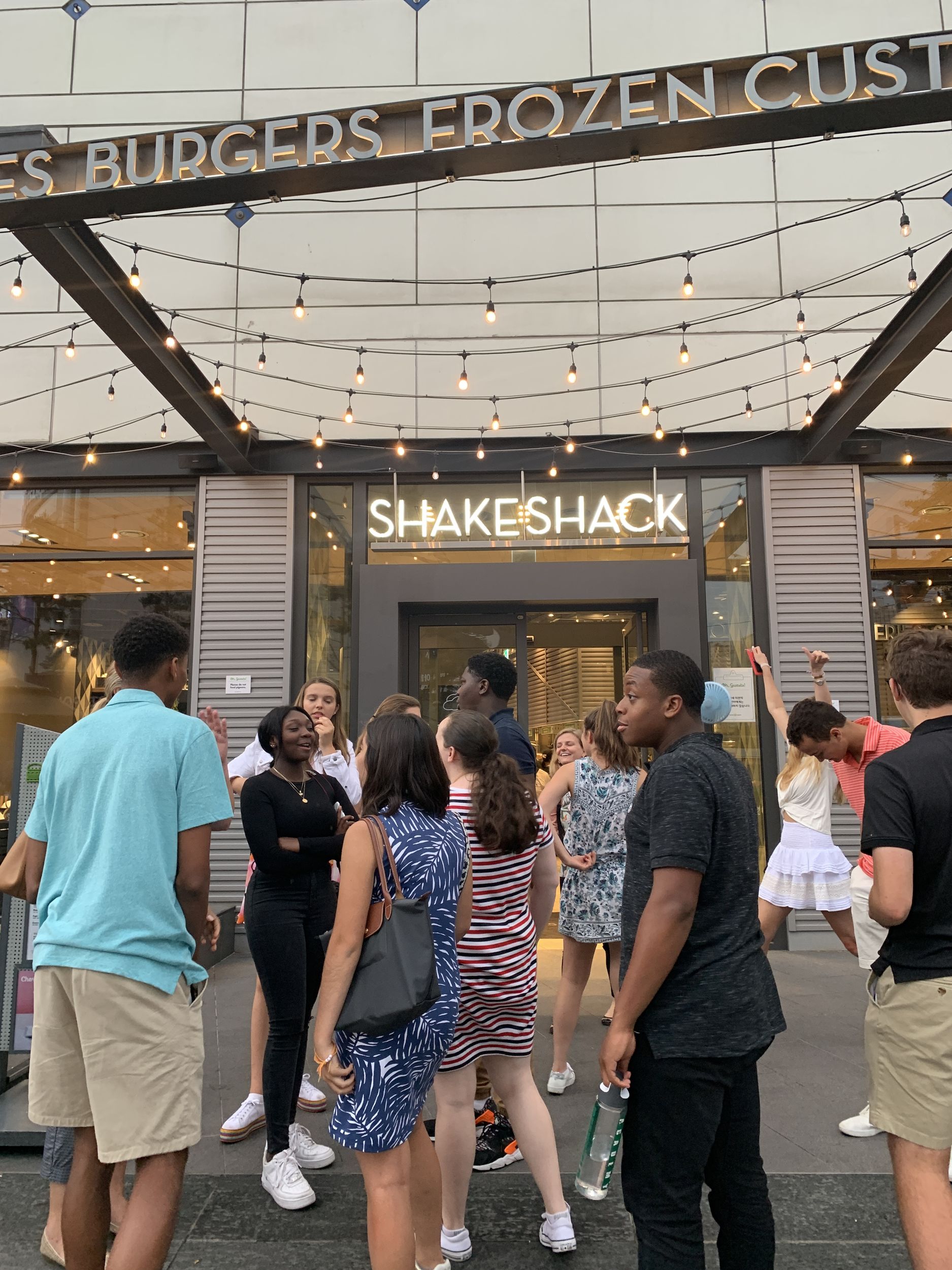 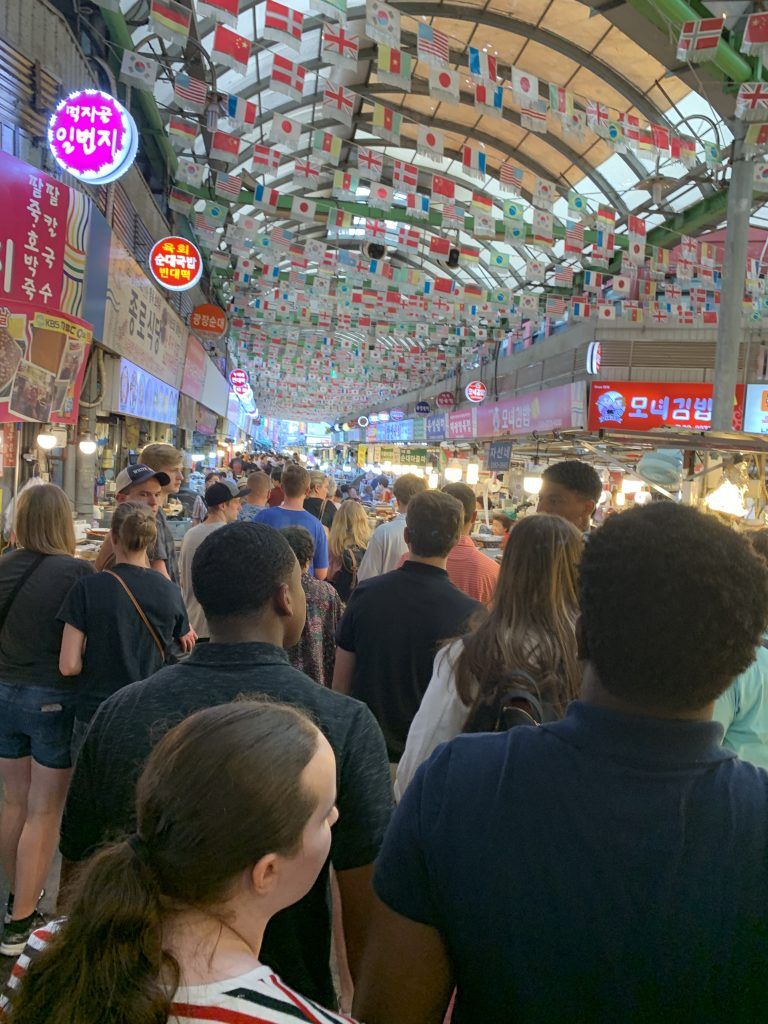