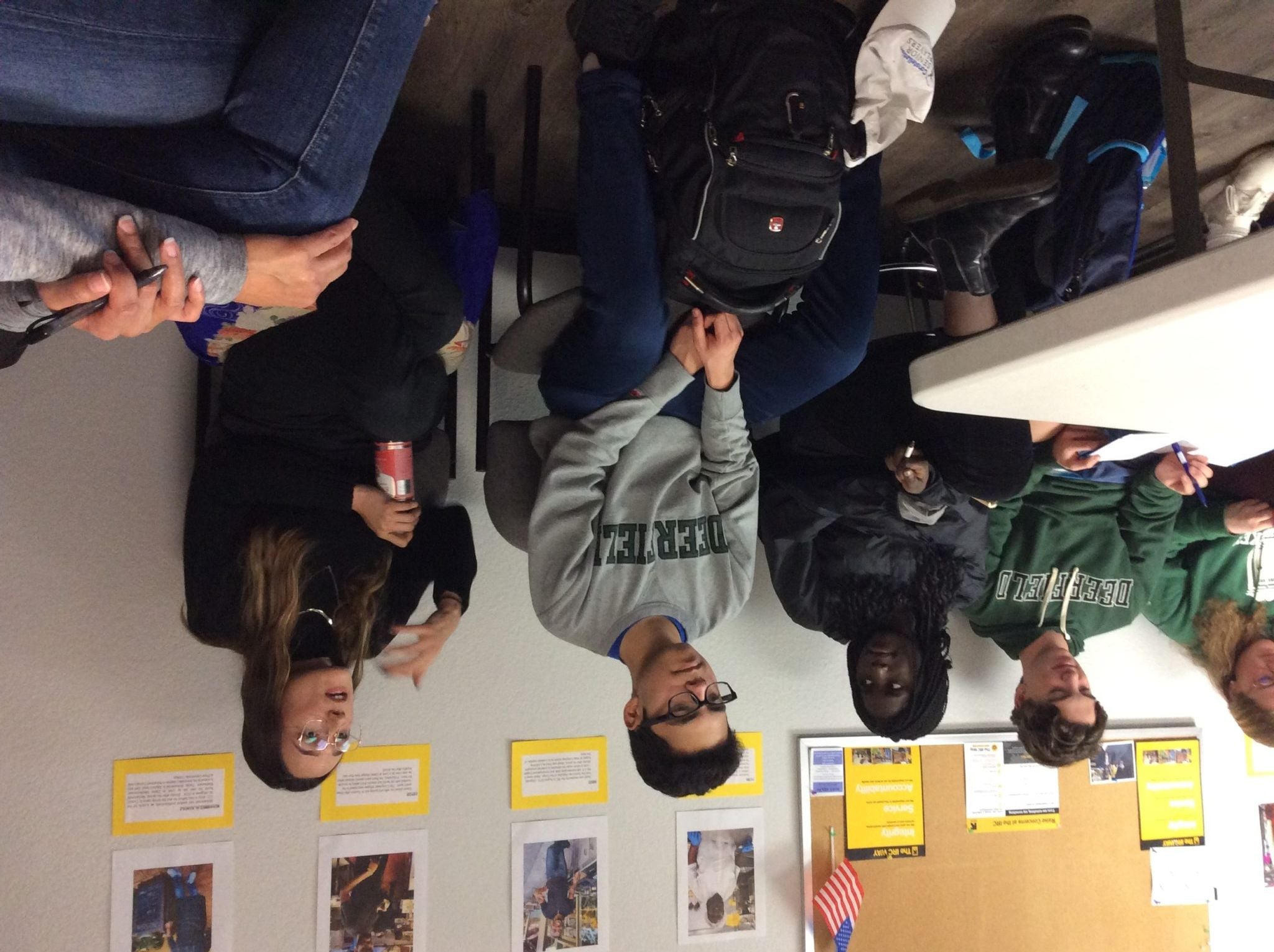 After many discussions and conversations on immigration, Fernanda Ponce ’19 comes to understand that in order to “create solutions,” one “must keep learning and asking questions.”

Annie, one of the staff members at the International Rescue Committee (IRC), said this to Laura, one of our group guides as she was taking a picture of the “store” that Annie runs at the center.

As I looked around the table, at the people who I just had spent the last hour exchanging conversation and song in English and Spanish over some of the most delicious Mexican food in Tucson, I could not help but smile and nod quietly to myself in agreement. I am very grateful for the opportunity to get to know these wonderful, kind, and passionate individuals who have been teaching and inspiring me on this trip. They are my hope too: hope that in the near future we will find solutions to the world’s most pressing problems, especially those related to immigration not only in the U.S. but all over the world. 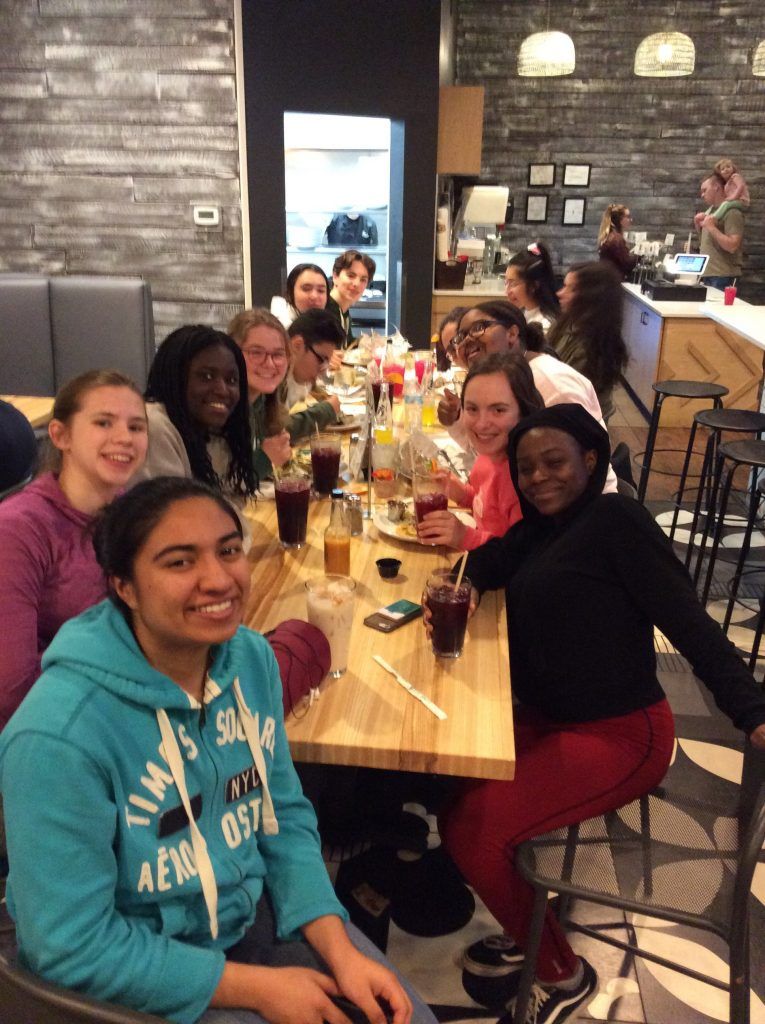 We started off our day by discussing what we had learned from our conversation with the immigration lawyer the day before. The group made observations about the types of temporary visas that exist in the U.S., prejudices against individuals want to immigrate to the United States when they apply for visas from selected countries, the fairness of the legal system, how to potentially fix the laws currently in place, and how to talk to people with different world views. After the discussion, it seemed as though we had reached a couple of conclusions: 1) the world is a complicated place and we have barely touched the tip of the iceberg in terms of understanding it and 2) in order to understand these issues and create solutions, we must keep learning and asking questions (which we have plenty of). With that in mind, I approached the day with an eagerness to learn all about Tucson and take advantage of all the opportunities for engagement and learning the city would provide us.

In the morning, we visited an exhibit at the University of Arizona art museum called “f***nism”, which displayed the work of a diverse group of individuals about what feminism means to them, and what it means to be a woman within the contexts of their lives. As a student of art at Deerfield, I found it incredibly insightful to see how stroke work, space, color, patterns, and medium could convey such layers of meaning, and contribute so much to informing and connecting people’s identities. I relate this to some of my upcoming projects and the trip’s theme of immigration in that to change laws and bring more equitability to the systems in our country, change must start at the basic human level, with stories and experiences shared verbally, through literature and art. 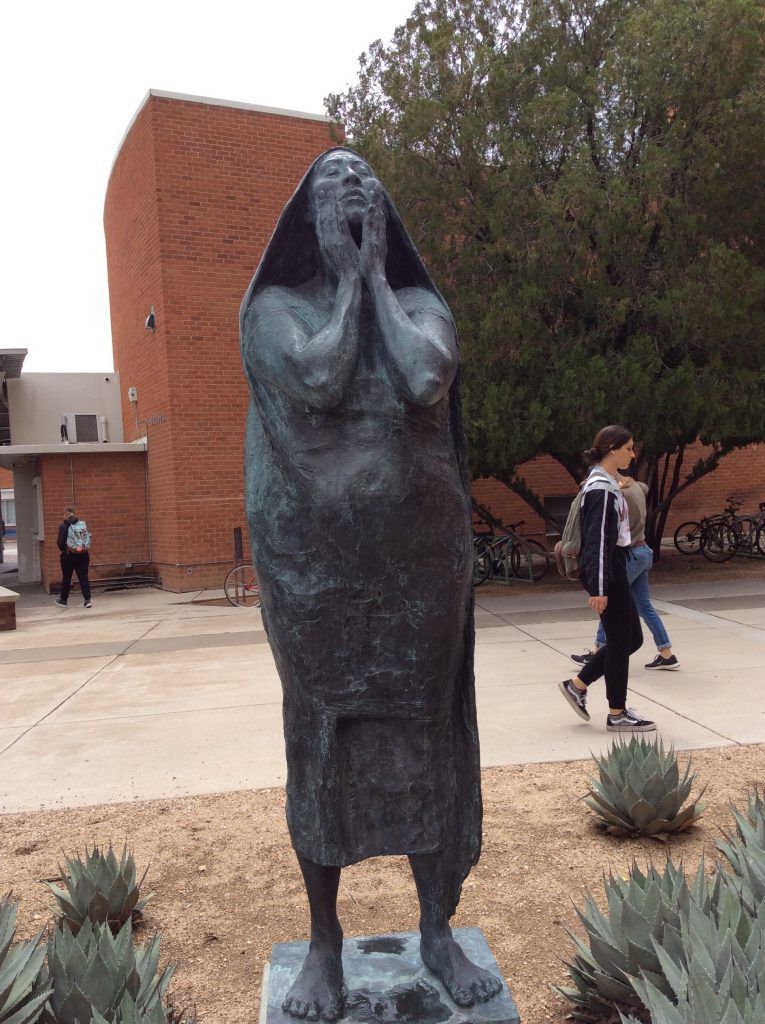 Speaking of stories: as I was sitting in the conference room of the IRC, listening to Katrina, a nutritionist at the center and our guide, answer our questions about refugees and asylum seekers, and the processes they must follow to gain admittance to the United States, I imagined the stories of the individuals whose pictures of success were on the wall. Where were they from? What circumstances led them here? And I thought of those who are trying to build their own story of success, even though they and their family have no name yet, only a code and place of origin on a whiteboard in the hall. These are the people out of the millions who apply to the United States who can be said to have won the “lottery”. As Katrina pointed out, under the Obama administration, 100,000 refugees were admitted each year. Now that number has dwindled to a mere 45,000 refugees, even though the United States can take many more, if the President decides it. So many more people that can receive the help they need to escape war and build the better life they and their children deserve.

John, a friend of Laura’s Skyped with us following the visit to the IRC and gave us some more of the behind the scenes work at the refugee camps he worked at in Greece and France. He explained the ways in which families withdraw money from the bank in their home countries in order to carry thousands of dollars to be taken to other countries, and perhaps from there make the dangerous journey on boat to the islands of Greece. Sometimes, the people who can make this journey are also people who have the means in their own country, which adds a layer of complexity to this issue. (What about the people who don’t have enough money to travel?) John also explained how the process for gaining refugee status in Europe is much faster than in the United States, because Europe accepts almost 100,000 refugees a day, at least when John was working at the camps in 2016.

To be quite honest, I’m not sure what to do with all of this information, because as I saw at the IRC, there is a way to make this issue feel local and close to home when there is a location for refugees a short drive in Tucson. But at the same time, thousand of miles away, there are individuals who I have no way of contacting, the ones who need to be informed of their options and opportunities, who deserve a better life in the States, but will not receive it due to factors outside of my control.

It is at this point that I come back to the internal conclusions of our group from the discussion, and the people I am surrounded by. These are the minds that will shape the future, and although the experiences of today in the IRC and the conversation with John can be overwhelming and frankly frustrating, I trust that my classmates and I will have come out of this trip with a guide and foundation to begin to ponder how to address these pertinent issues. 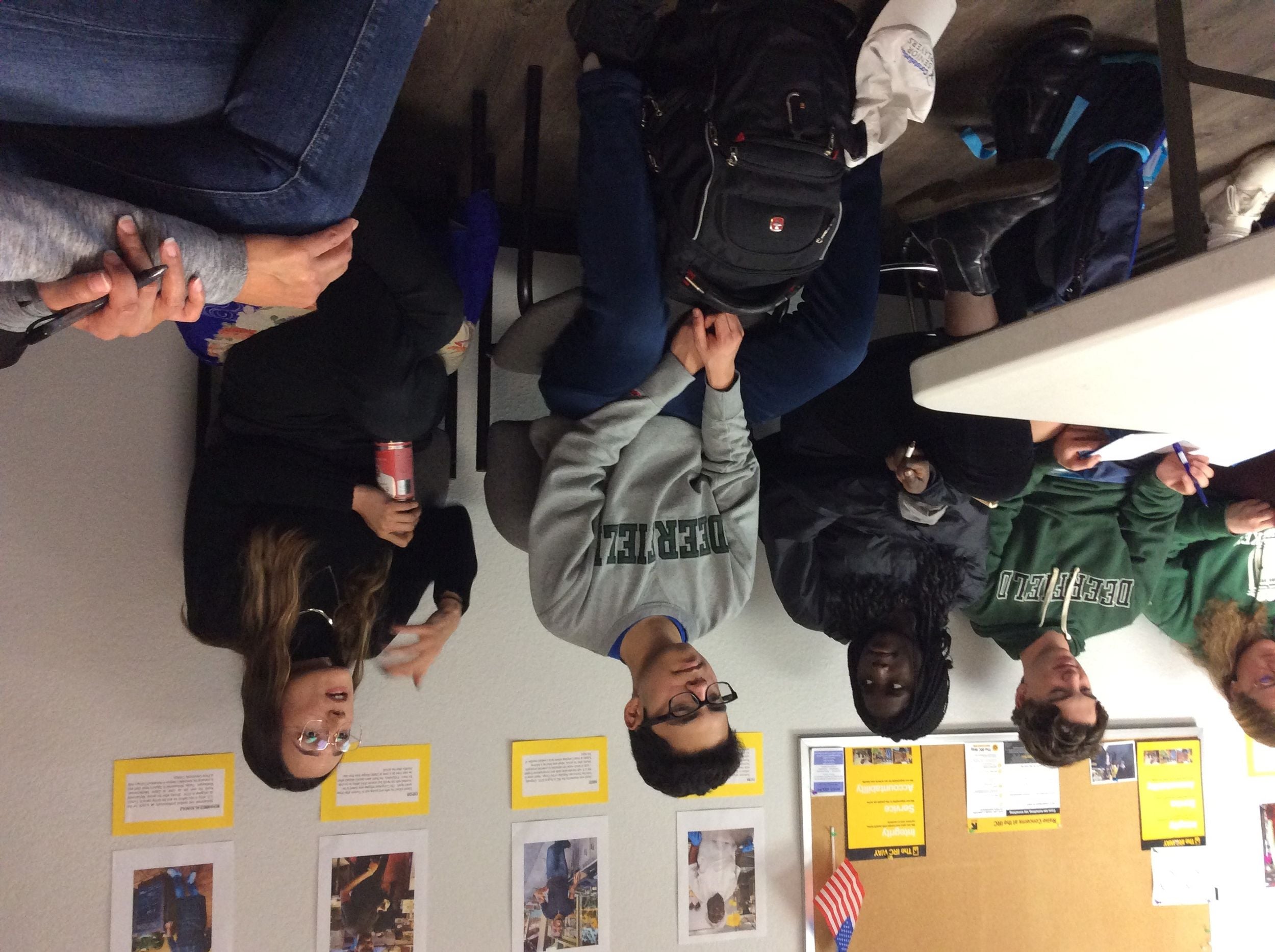 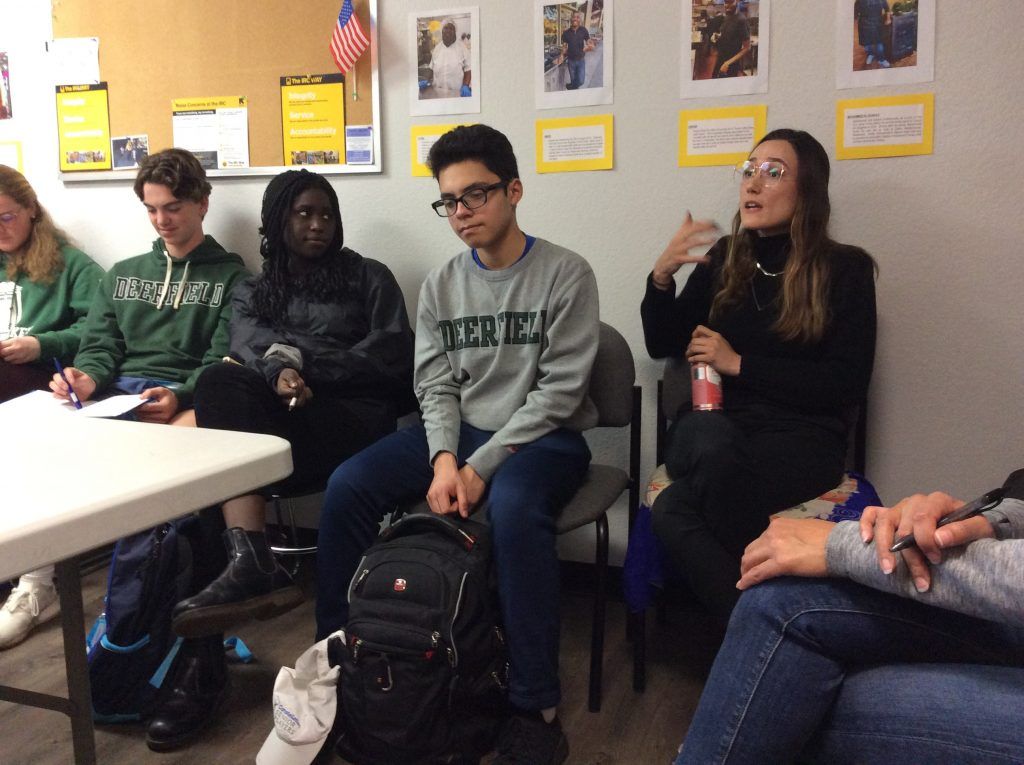