American South#5: Facing The Past 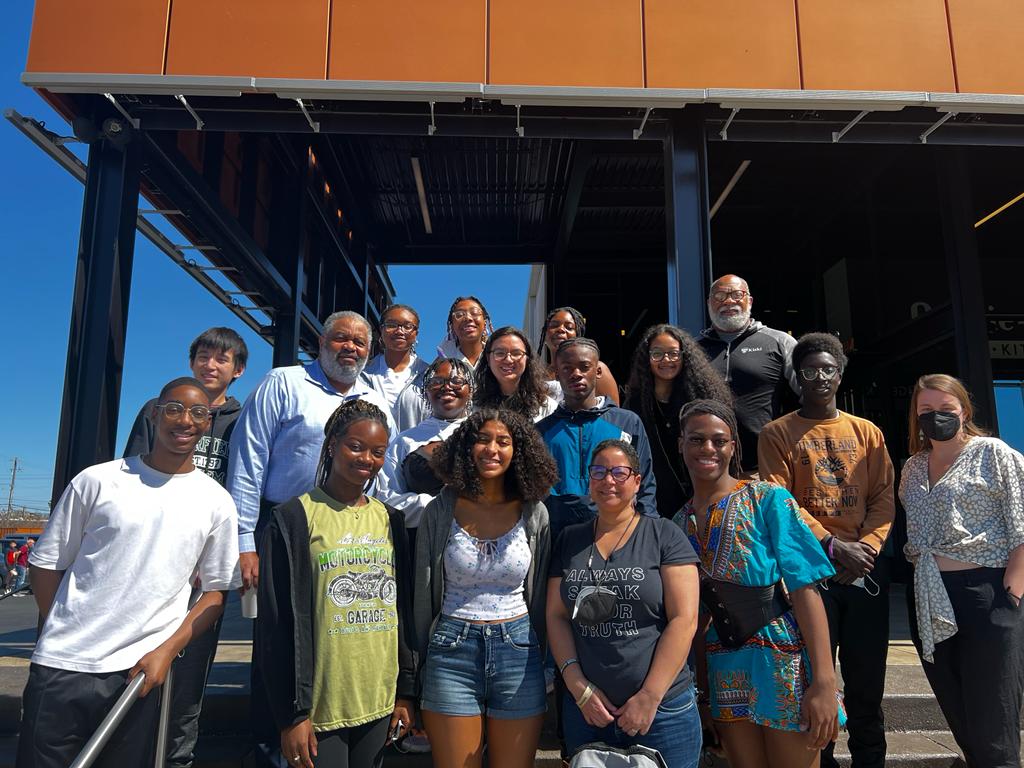 Gabby Joseph ’24 and Chloë Ramirez ’24, reflect on an emotional and difficult day in which they come to realize that in order to move forward you have to face the past.

Our day was a very emotional one for many. On our first full day in Montgomery, AL, we left the hotel a little earlier than usual to head to The Legacy Museum. Before heading there, we were told that the information that would be presented is very, very heavy, and to be prepared for what we were about to see. I personally got emotional during some parts, because of how loaded this information was, how real everything was, and how angry I felt that I had never learned this information anywhere else. The museum covered details regarding African American history, from the Transatlantic slave trade that abducted over 12 million Africans from their homes and brought them to the Americas, to Jim Crow Laws and all the discrimination and physical violence black people were met with, all the way to the traumatic aftermath of these events leading to the mass incarceration in our prison systems. The museum carried a lot of detail regarding this information and did an amazing job of humanizing enslaved people, which I feel like is often ignored when talking about slavery. Also, it did a great job of connecting everything together and describing how the thought that black people were inferior to white people and were treated as less than human all leads to the racial injustice black people still face today.

Next, we had lunch with Anthony Ray Hinton. He is a black man who was falsely accused of a murder he did not do, and because of this, he spent 30 years on death row. He was recently released, with the help of Bryan Stevenson in 2015, and has been working in Alabama ever since to fight our very racist and unfair criminal justice system. He discussed how the criminal justice system is apparently very racist and classist and how they care more about the color of your skin than the actual crime that was committed. One thing that our group admired from him is his willingness to forgive the people who incarcerated him even though it left a permanent scar in his heart forever. Although he has never received an apology, he stated that he forgives those who don’t forgive him, and we all found it so amazing how one could even possibly live comfortably after such a traumatic event. One question he left with our group is “ What would you do if they came for you?”

Lastly, we visited the National Memorial for Peace and Justice. We were also prepared for the heaviness of the content that we were going to see, but no trigger warning could have prepared us for that. In the Memorial we saw hundreds of plaques with counties of places all over the US, and written on them were the names of the Black people who were lynched in that county. It pained me to see thousands of Black people, maliciously killed by mobs of white people over the dumbest things. Black people were killed for defending themselves, “frightening” white people, talking back, and basically just anything that a white person said they did wrong. They were killed off like flies, that had no lives or importance in this world. It really hurt to see the children violently and evilly murdered out of pure entertainment for white people. Another thing that also hit home was seeing my own home county that I live in, and seeing the Black people lynched there. My own community, only a few decades ago, was a place where Black people feared for their lives every day.

Although this day was very heavy and had a lot of horrifying content, it helped me understand how important it is for Americans to learn about this ugly part of our history, instead of pushing it aside. If we don’t acknowledge these horrendous truths, America will never have ”liberty and justice for all,” and will never truly get better for everyone.

Going throughout the museums was something that was really challenging for me today. It was so sad to face the history that has been erased and face it all at once. Walking into the Legacy Museum and seeing artwork about the diaspora and hearing the pain from the voices of the re-enactments from the slave pens was truly heart breaking. So much of our history is told through a single story lens and although it is tough to face the truth, it is about time we did. Meeting with Mr. Hinton was something that I believe everyone needs to do. He is such a humble and kind man who, although knows that his country failed him, he needs to make change for others. He understands that in order to fix a community you have to be a part of it although the community itself has traumatized you. Mr. Hinton truly moved me with how selfless he was and with the effort he was doing in order to make sure that what happened to him does not happen again. Ending the day with the outdoor memorial was also something that took a toll on many of our hearts. Seeing the names of so many people who were killed and the frequency with which people were lynched was hard to face. There were over 4,000 lynching’s within a 60 year period and that is something so heavy to recognize.

This day really showed me that in order to move forward, we have to move a little backwards and face the past. We have to face the truth about all that has happened and do all that we can to make sure that one day, there will be a generation that experiences true equality. 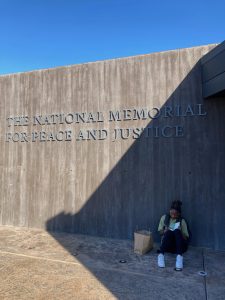 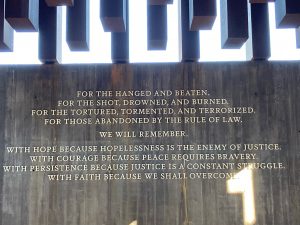 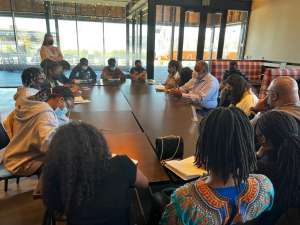