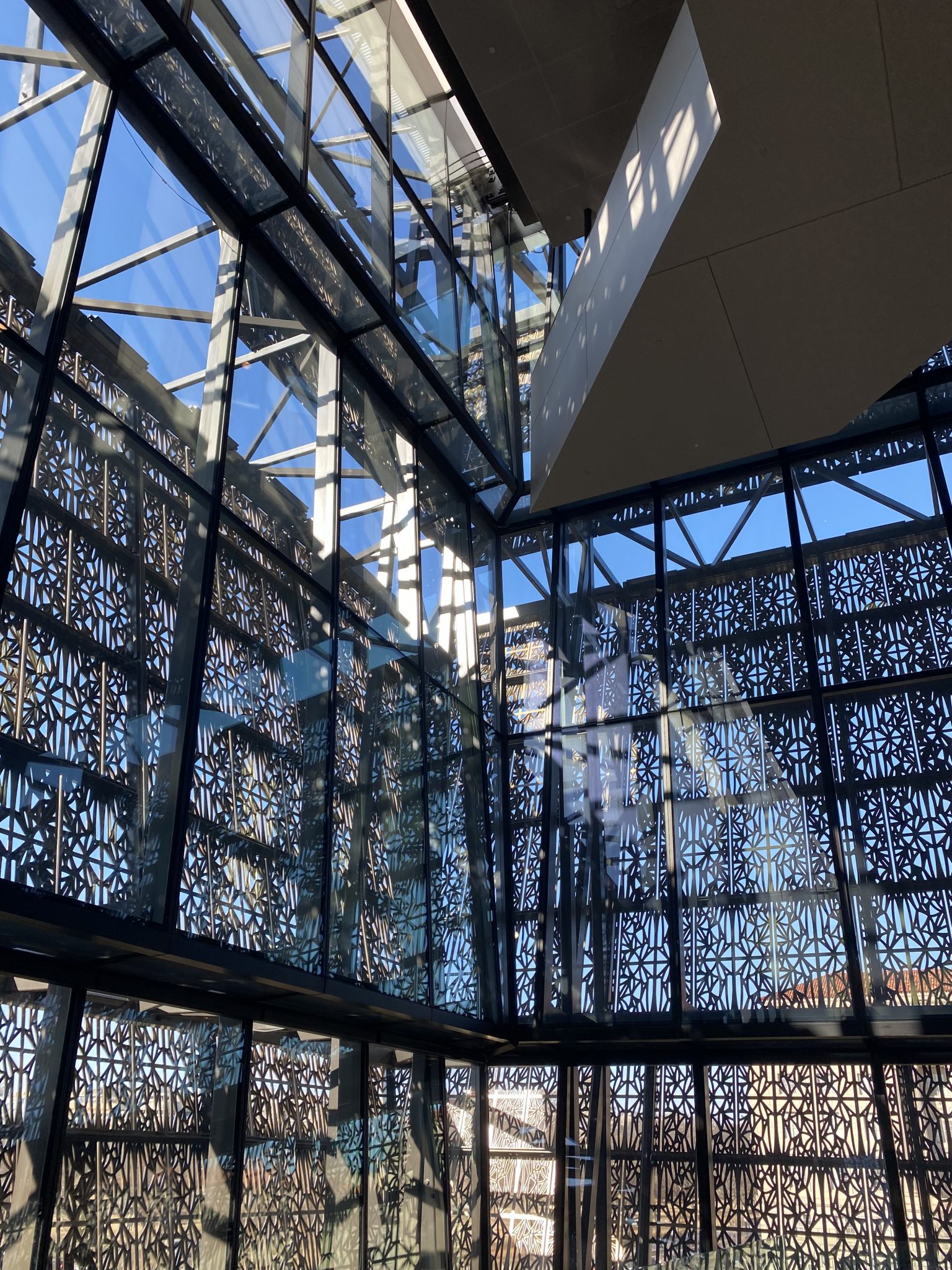 In the spirit of Black History Month and the pursuit of knowledge, our group visited the National Museum of African American History and Culture. Using the time given to me, I ventured around looking at all of the exhibits and intriguing facts. Having left the museum afterwards, I found myself thinking back to when slavery was first abolished, to the present day, and how, despite the amount of resistance African-Americans had to experience from the government and many Whites, Black people including myself can now call ourselves equals.

In 1832, with the end of slavery, regional laws were created which deprived black people the rights to own property, share public spaces, and conduct businesses. In addition, laws such as the Convict Labor System in the late 1800’s made it easier and more common for African-Americans to find themselves imprisoned and used for free labor (a new form of slavery). The founding of Ku Klux Klan in 1865, Sharecropping in the 1870’s, and Jim Crow Laws in 1877 all made an effort to oppress black people.

I also began to realize how far things such as segregation had come. The fact that I was sitting with Mr. Flaska and Bliss in the first place was proof of just how far America has come. Thinking of my teachers and classmates, I also thought about Carlotta LaNier and Ruby Bridges, who both helped advance the Civil Rights Movement by integrating into White schools despite all the backlash from the students, parents, and schools themselves. In conclusion, I, for one, can say after visiting this museum that my appreciation is heightened for all the figures who fought for rights and common human dignity. I highly recommend this visit and hope the people who decide to go in the future have a similar experience!

There is much to say about our second full day on Saturday, February 5th, spent exploring D.C. together, especially about our first stop of the day at the National Museum of African American History and Culture (NMAAHC). The journey started with a pleasant walk through the Mall until arriving at the beautiful building, wrapped by a bronze-colored metal lattice allowing for an openness to the sunlight streaming in. I learned that the lead designer, David Adjaye, wanted to pay homage to the intricate ironwork craftsmanship of many enslaved African Americans.

The 4-floor exhibit portrayed a beautiful, extended array of stories for visitors, students, and most importantly, people living in the legacy to read. The current special exhibition, “Make Good the Promises: Reconstruction and Its Legacies focuses on the story of Reconstruction—the period following the Civil War—through an African American lens” (Smithsonian). This exhibition dove into reconstructing Black political power and retelling the narratives of many Black activist-idols such as Ida B. Wells, Frederick Douglass, Stacey Abrahams, Bree Newsome, and Trayvon Martin. The exhibit concludes with powerful quotes from James Baldwin and Angela Davis and an interactive, reflective setup to generate ways to manage well to the promise of creating a more equitable, loving, anti-racist world for all.

Each storyline was incredibly presented with narratives, summaries, quotes, artifacts, and interactive aspects illustrating America without slavery, the Reconstruction period, the visions of freedom, The Freedmen’s Bureau, and the Legacies of Reconstruction.

The final and personally most-impactful storyline was the Legacies of Reconstruction depicting the collective effort to redefine African Americans as free, equal, resilient, creative American citizens. The exhibition did a particularly impactful job illustrating how the nation struggled and continues to struggle to provide the promised freedom, citizenship, and justice to all American citizens, regardless of race. 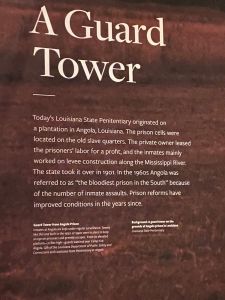 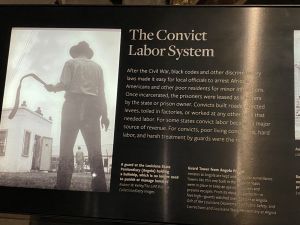 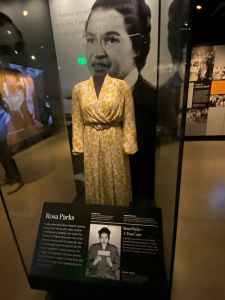 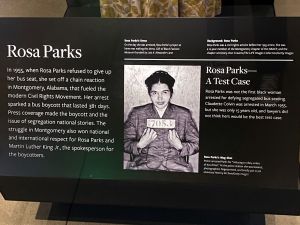 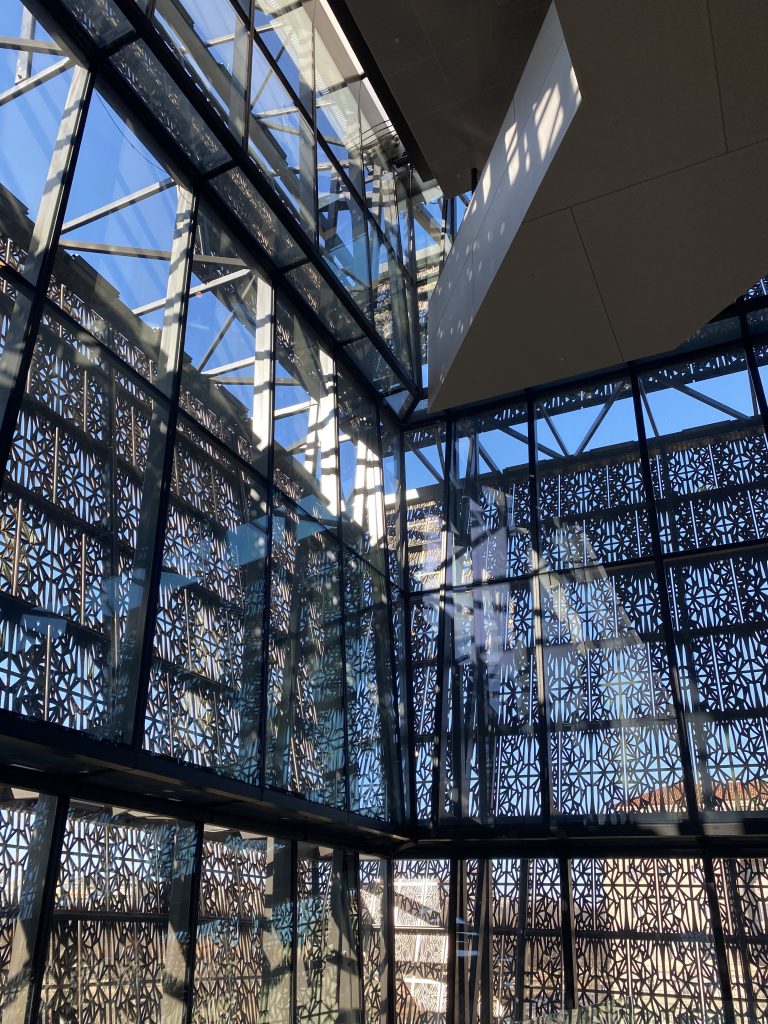