In their first and only tri-meet of the season this past Saturday, the boys and girls varsity swimming and diving teams defeated NMH and Hotchkiss to earn the sweep on senior day.

The Big Green boys posted ten 1st place finishes in the meet, to tally a total of 74 points to defeat the Hoggers, 74-22, and scored 59 points against the Hotchkiss Bearcats, 59-41, for their second win of the day. The girls team rounded out the senior day sweep with the team’s 6 seniors leading the way to seven 1st place finishes to outscore both NMH and Hotchkiss, 73-28 and 58-44, respectively. 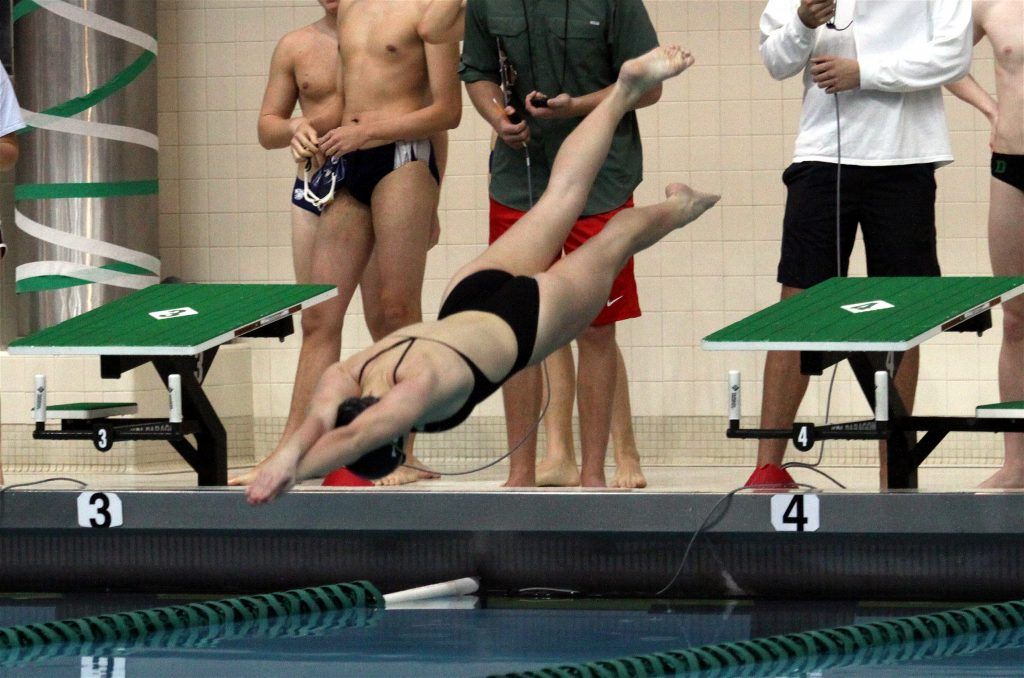 This upcoming Saturday, 2/17 the boys and girls teams will travel to Loomis to compete against the Pelicans in their final meet of the regular season. The teams will close out their 2017-18 seasons at the New England Diving Championships hosted by Deerfield on Wednesday, February 28th and the New England Prep School Swimming Championship races will held March 3-4th at the Phillips Exeter Academy Natatorium.

At the 2017-18 NEPSSA Championships, the boys and girls swimming and diving teams will look to return to the podium. The girls team captured the silver medal last season and were crowned New England champions in 2015-16. Meanwhile, the boys team was just shy of being crowned champions in 2015-16 when they finished in 2nd place and last season they finished in the 5th spot at the championship.

For more information on the upcoming New England Championships, visit the NEPSSA website.