On Wednesday, May 22, the Deerfield community gathered at School Meeting to celebrate the accomplishments of our spring teams and to recognize our 38 spring varsity and sub-varsity awards winners and present three senior athletic awards; the Spater Award, the Robert M. McDermott, and the William B. Jaffe.

The first senior award was the Spater Award, presented to a senior participant in interscholastic athletics who through perseverance, team spirit, and campus citizenship exemplifies the goals of interscholastic athletics and provides a role for his/her teammates. The recipient can be an active non-varsity or varsity player; a manager, an injured player or anyone who has continued to contribute to the team through his/her perseverance, as well as interest in and dedication to the team concept. This year’s award winner was Nolan Zusi. 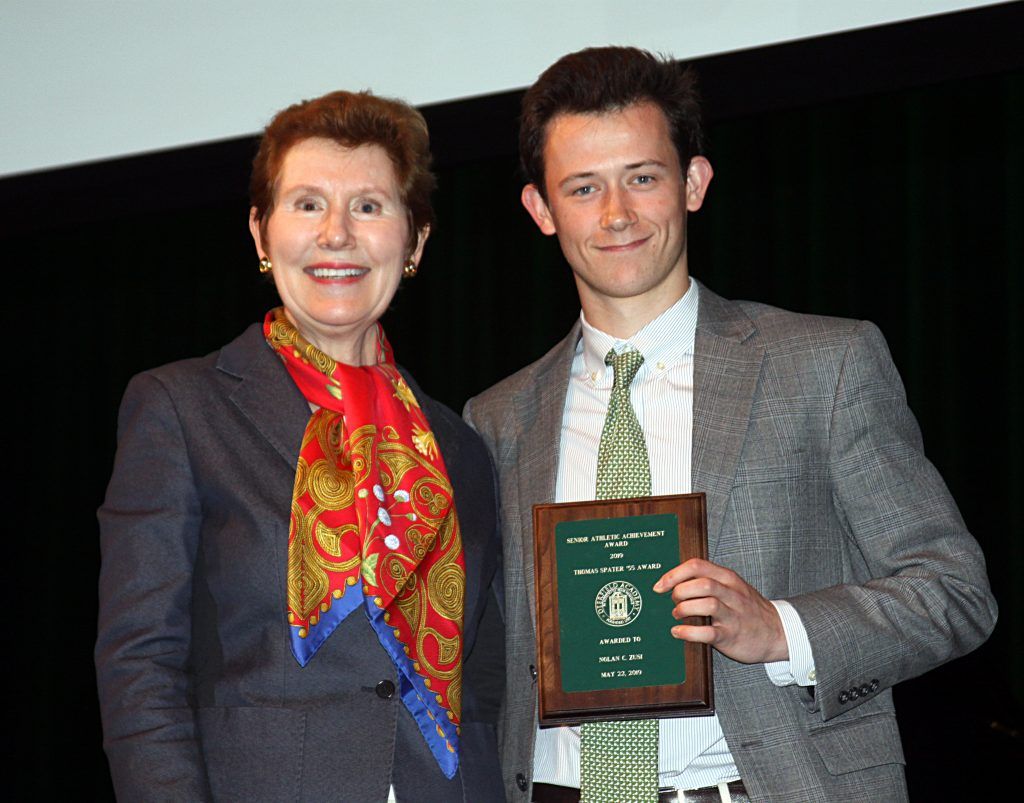 Nolan always put his team first. He always showed up to play and exhibited good sportsmanship. One coach described Nolan as a selfless teammate who always played with a sense of pride and an understanding of the privilege and opportunity that comes with wearing Deerfield green. During his career at Deerfield, Nolan was a member of the varsity soccer, basketball, and lacrosse teams.

The Robert M. McDermott Award was the next senior award presented. The award citation reads, “To that senior student athlete who, by hard work, determination, and loyalty to Deerfield, best exemplifies the qualities of Bob McDermott, class of 1973.” This year’s award winner has played 4 years of varsity soccer, hockey, and lacrosse. A leader by example this 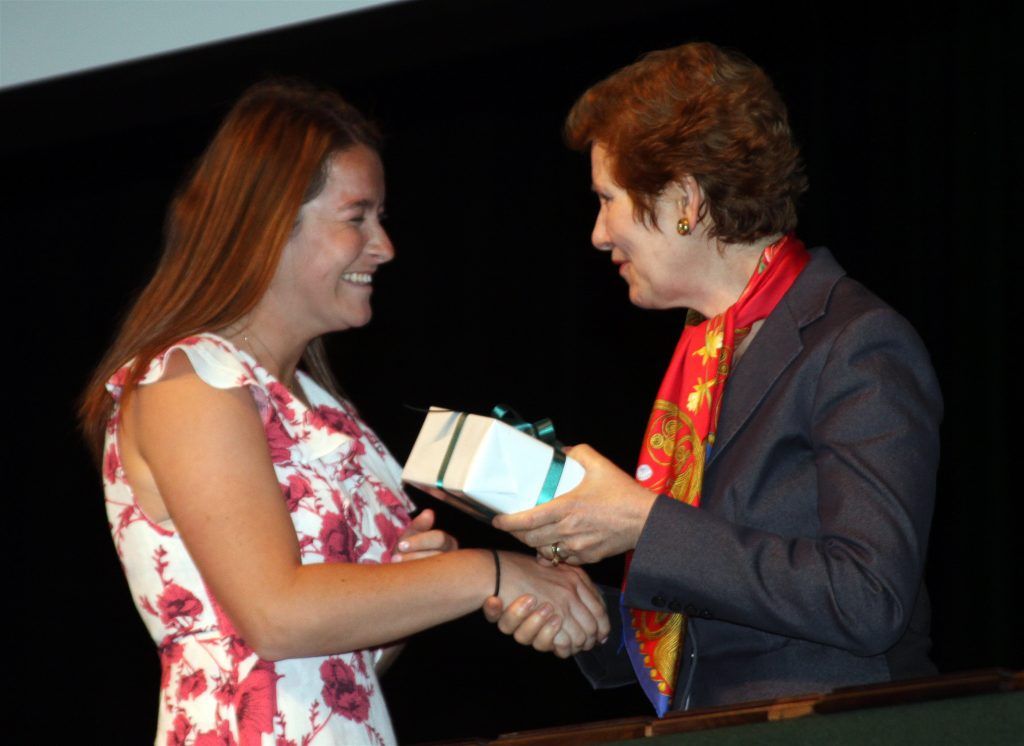 athlete has led others through a generosity of spirit we rarely see today. Playing because you’re good is only a piece of what this athlete is all about. This award winner has played on teams all these years because sports are fun and teammates are fun to be around. Good character, skill, and a generous spirit are just a few of the reasons this year’s award was presented to Mae Emerson.

The William B. Jaffe Award, presented annually to the student who has exhibited courage, leadership, and sportsmanship on the athletic field. This year’s was Thomas Gale. 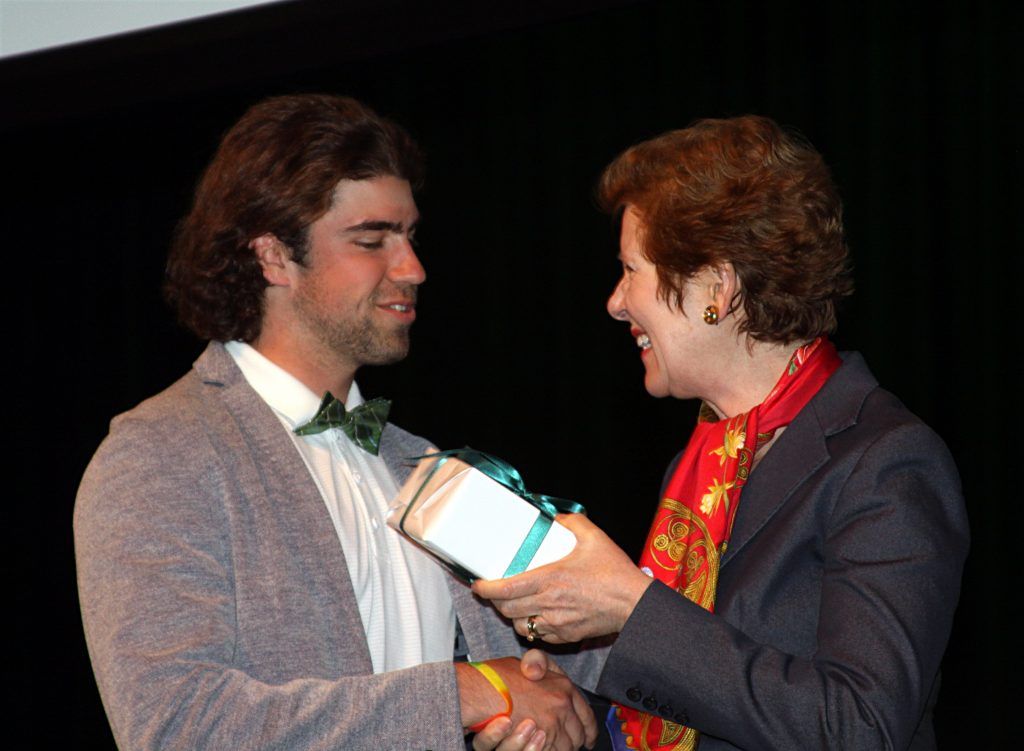 In the goaltender position, Thomas won games for Deerfield in the winter months. His play led the way for his teammates as the boys’ hockey team made a deep run into the New England playoffs. Equally impressive has been his commitment to community and service for others. Thomas has spent his past three years at Deerfield growing his skills as a competitor and as a person of substance.

Mr. Howe recapped the spring athletic season through his traditional Top-10, brought to life with the help of several students and the production support and assistance from Ms. Bunch, multimedia specialist.

This award is given to an exceptional golfer who consistently demonstrated passion, commitment, dedication and sportsmanship to the game of golf.  Like Jerry Daly ’72, those named on this trophy displayed integrity, quiet confidence, embodied the true spirit of the game, and as a result had a significant impact on teammates.

The Sara C. Schewe Award is given in memory of Sara Schewe, Deerfield Class of 1993. The award is given to an outstanding player who shows heart, resilience, and dedication to improving their game.

To the teammate who always played with a strong heart and sharp mind.

Most Valuable Player: Will Dale