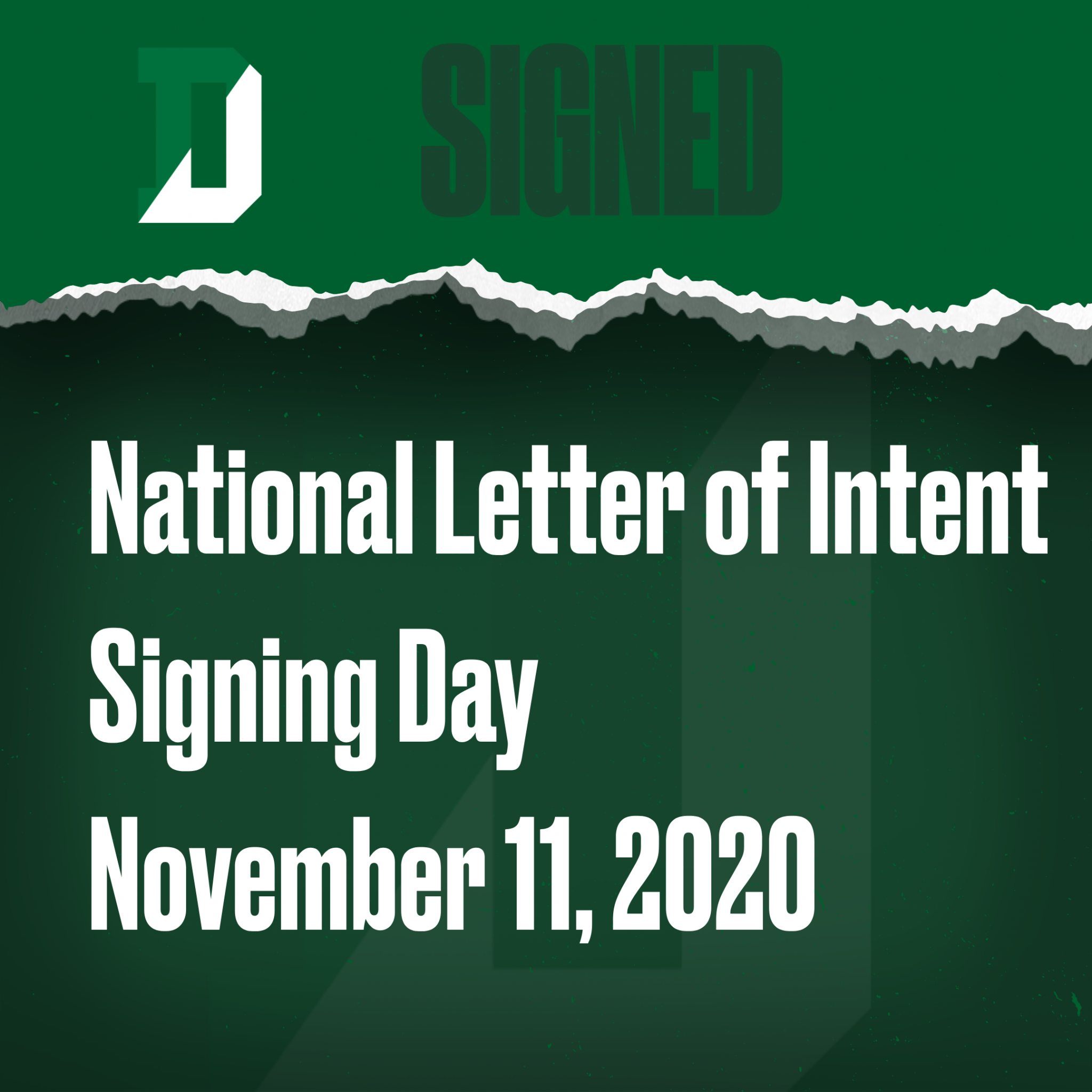 Today, marks the first National Letter of Intent Signing Day for the 2020-2021 academic year and this morning the Deerfield community celebrated nine student-athletes who signed their NLIs to continue to pursue their sport at the collegiate level.

Deerfield baseball teammates, Tyler Mudd ’21 and Thomas Leimkuhler ’21 will continue their baseball careers together at The College of the Holy Cross next fall.

Griffin Schutz ’21 has signed a National Letter of Intent to join the University of Virginia men’s lacrosse team. Fellow Deerfield teammate, Thomas Stull ’21 will be close by at neighboring University of Richmond next fall. We will likely get the opportunity to see them face-off against one-another in seasons to come!

Matis Cole ’21 has signed his National Letter of Intent to continue his lacrosse career at the University of Michigan. Finally, Kade Goldberg ’21 sealed his commitment to playing lacrosse for the University of North Carolina. At UNC, he will play alongside former Deerfield teammate Luca Antongiovanni ’20.

“While you’ve been here at Deerfield, as part of our student body and a member on our teams, we’ve come to admire your many talents that have helped shape our teams and created good team culture. As a community of teachers, coaches, school staff and classmates we are proud of the recognition that you receive today and wish you many more successes in the years ahead!”

A big ‘THANK YOU’ to Mr. Laprade and Mr. Watson for producing today’s event livestream and the congratulatory video.

A big CONGRATULATIONS to today’s signees and we look forward to watching you play at the next level!

Pictures from today’s event are available on Vidigami.

Learn more about each of today’s signees below.

Keri Clougherty—Women’s Ice Hockey (Boston College)
Keri has worked hard for everything she’s achieved as a player. She seamlessly transitioned to Deerfield as a new junior and immediately established herself as a leader within the team’s defensive core. She never quits or gives up, pushes herself every day, and expects the same from her teammates. She should be proud of the growth she’s made as a player and as a leader in her time at Deerfield. Also, a varsity volleyball player in her junior campaign. Boston College is lucky to have Keri joining their program!

Matis Cole ’21—Men’s Lacrosse (University of Michigan)
Matis is a two-year member of the Deerfield varsity lacrosse team. He transferred in as a new junior from the Boston area. He is a very talented face off man who uses his athleticism to earn his team ground balls and extra possessions. Matis also has a knack for the goal and can create energy and momentum with a face off win and a big goal. Go Wolverines!

Katrina Csaky—Women’s Rowing (Georgetown University)
Katrina started rowing at Deerfield in ninth grade with fall rowing and though she struggled with a foot injury in the spring, she brought her incredibly long stroke and eternally positive attitude to every practice. Returning home to Dallas for tenth grade, Katrina’s progress continued as she found significant success with local club Dallas United; that success culminated that year with a trip to the USRowing Youth National Championship. Back at DA for eleventh grade, Katrina raised her fitness level yet higher through significant out-of-season training but was never able to put it to the test on the water; even so, her example and her love for the sport made a huge difference during our team’s virtual spring. We look forward to following Katrina’s continued growth and impact both in her senior year and in her college career!

Kade Goldberg ’21—Men’s Lacrosse (University of North Carolina)
Kade is a three-year member of the varsity lacrosse team. He is a “do it all” midfielder who plays on the wings of face offs, offense, defense, man up and man down. He makes all the hustle plays and has contributed to a deep midfield the last few years. He has scored some big goals during his career and is primed for a huge senior season. Kade also played on the boys varsity soccer team during his DA career. Good luck at UNC!

Thomas Leimkuhler—Baseball (The College of the Holy Cross)
Thomas was selected as captain for the 2021 season. Three year varsity starter. Leader in every sense of the word – on the field he leads by example every day and in the dorms he helps guide and mentor underclass students as a Proctor. Talented student. High baseball IQ! He can throw any of his four pitches for strike at any time, changes speeds, and holds runners well. Had two wins and two saves as a tenth grader. Adds depth in the middle infield, the outfield, and to our lineup offensively. He always has a ‘team first’ attitude – great teammate. Good luck at Holy Cross!

Tyler Mudd—Baseball (The College of the Holy Cross)
Tyler was selected as captain for the 2021 season. Three year varsity starter. Tireless worker and resilient athlete. Leads by example every day on and off the field. Wonderful mentor for our younger players! Tyler is a field general in outfield, has above average speed and arm, with tremendous range. Will play centerfield when he isn’t pitching. Will be a top of the order hitter with power to all fields – tough out. Also captain of the 2020-2021 hockey team. Fantastic all around young man. We look forward to watching Tyler as a Crusader!

Michael Scharfenberger ’21—Men’s Lacrosse (Georgetown University)
Michael is a four-year varsity player for the Big Green. He is an extremely talented goaltender who communicates well and is very strong in the clearing game. Michael is a great leader for the defense and is someone his teammates rally around. He creates defense to offense plays with a big save and can spot on outlet pass. Michael plays the position with great energy! Go Hoyas!

Griffin Schutz ’21—Men’s Lacrosse (University of Virginia)
Griffin is a four-year varsity lacrosse player for the Big Green. He has been a key cog in the offense as a midfielder and an attackman. He earned playing time during his freshman campaign and has taken over as a leader in his last two seasons. Griffin is a powerful dodger who plays with his head up and creates a lot of opportunities for himself and his teammates. He also starred on the football team for four-years at the running back and linebacker positions. Go Cavaliers!

Thomas Stull ’21—Men’s Lacrosse (University of Richmond)
Tommy is a three-year member of the varsity lacrosse team. He is the engine in the middle of the field that makes us go. His tenacity as a long stick midfielder is unrivaled. He is terrific off the ground and sneaky in the transition game. Tommy defends with the best of them and can also score some big goals. He plays with speed and toughness that have made him a great contributor to the program. Good luck as a Spider! 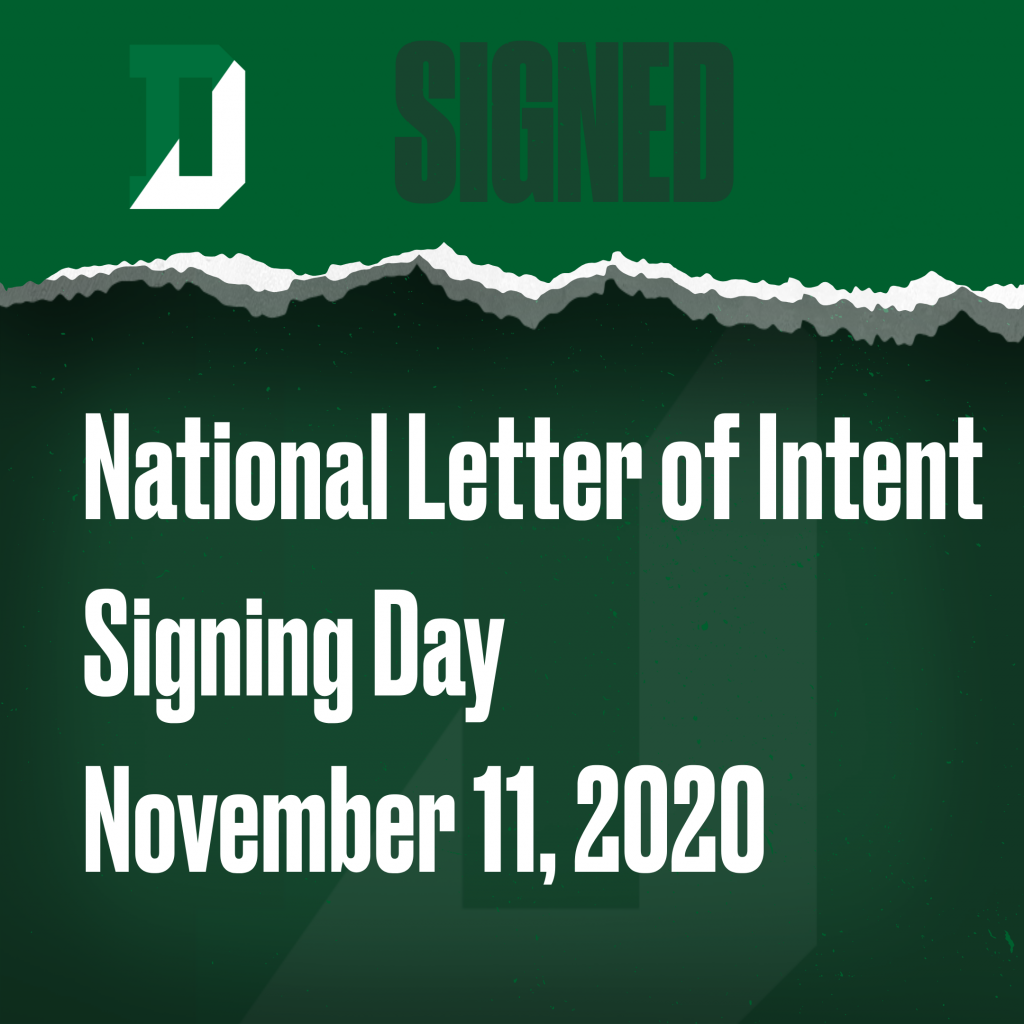