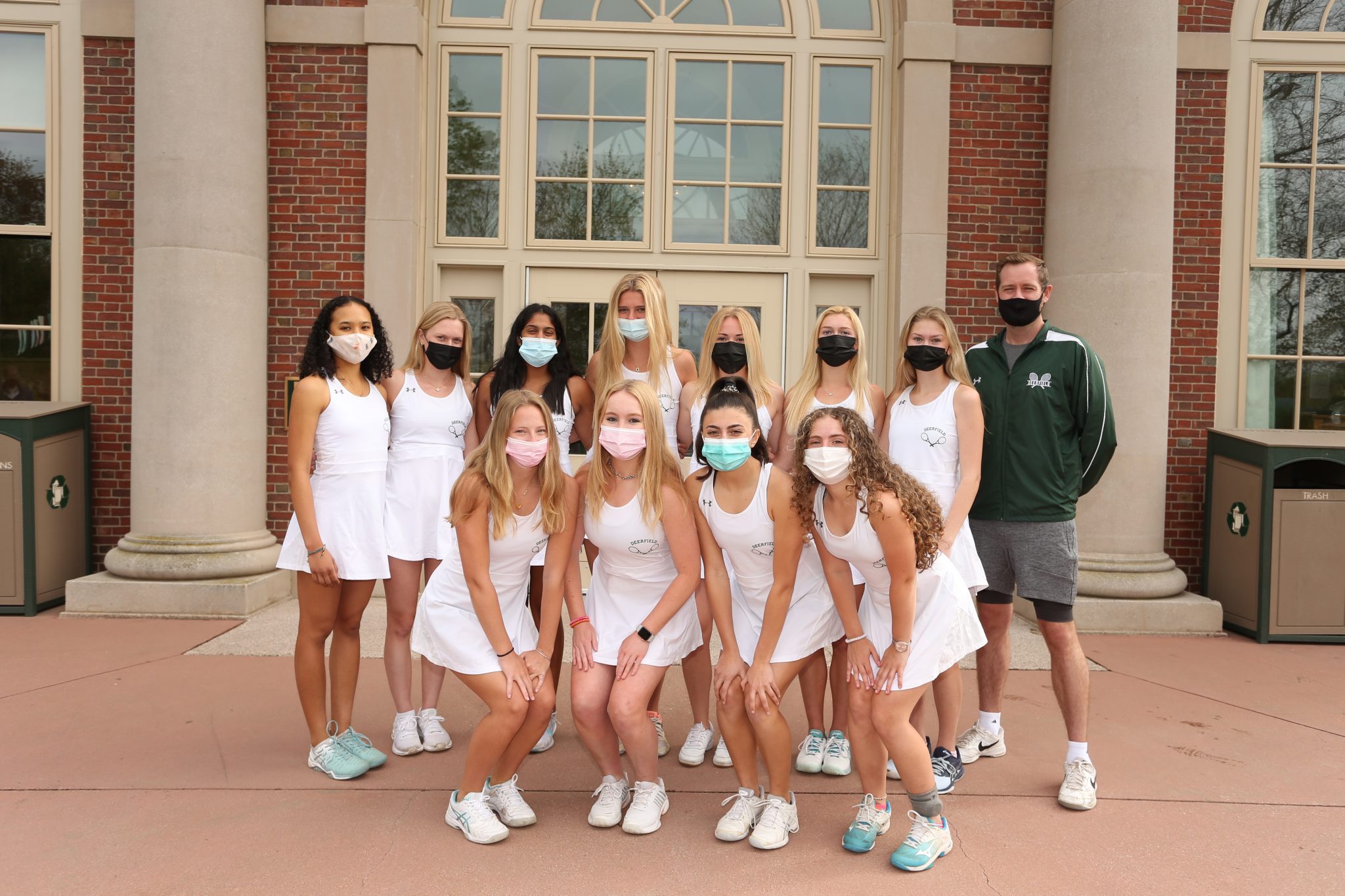 The varsity girls tennis team swept Loomis last week in their home-and-away series of matches against the Pelicans. On Tuesday, May 11, the Big Green defeated the Pelicans 5-4 on the road and returned home to face the Pelicans again on Saturday, May 15 and were victorious by a score of 7-2.

Learn more about each match by reading Coach Austin’s recaps below.

The Big Green enter their final match of the 2021 season this afternoon, May 19 at Taft, on a four game winning streak and with an overall 5-1 season record.

Deerfield’s varsity tennis girls traveled to Windsor, CT on Tuesday for a blustery match with Loomis-Chaffee. The sun was shining, but unpredictable winds added a complicating element to the proceedings.

Soon after the players spun their racquets, it was clear that this would be a competitive match-up. While new doubles pairing, Olivia Waterfall and Kiki Brainard, won a comfortable match (8-1) at third doubles, things were decidedly different on the other courts. Senior pair, Emma Weech and Evan Burkett, made adjustments throughout their set to find rhythm and opportunities for winners. After a closely contested first half, Deerfield’s second doubles team pulled away, winning 8-3.

On the first doubles courts, Isha Rao and Hunter Pulliam found themselves in a 1-4 hole. The team amended their approach and began to dominate the match with driving baseline play and aggressive volleys. Six straight games went for Deerfield. Credit goes to Loomis’s top doubles tandem for battling back to force a tiebreaker. Loomis ultimately took the tie break 7-3. This was the most competitive doubles match we’ve seen this season.

With the score leaning toward Deerfield at 2-1, the singles play began. Isha Rao’s first singles dominance rolled on with a decisive 8-1 victory. Evan Burkett hung in during a back and forth marathon of a match, but eventually opened up a lead to seal the win 8-4. Evan’s strong approach shots and overhead winners are a winning formula without question. Olivia Waterfall’s fourth singles match was a rollercoaster. She overcame some early setbacks and never gave up on her style of play. With her Loomis opponent pushing back at every turn, Olivia managed to close the match out with some booming forehand winners, clinching the win for Deerfield!

The team will have the opportunity to repeat this great afternoon of tennis on Saturday for the team’s final home match with Loomis making the trip north. Please come out and support the team and congratulate our graduating seniors, Emma, Evan, and Emily.

Just four days after their last tilt, Deerfield and Loomis faced off again on Saturday. This meeting took place on Deerfield’s courts on a hot and sunny afternoon. Deerfield’s varsity girls team was determined to make this a more decisive victory after eking out a tight win on Tuesday.

The doubles play was competitive again with many deuce games on every court. A week of focused work during practice paid off as Deerfield swept the doubles contests. Congratulations to Isha Rao and Hunter Pulliam who managed to reverse the outcome of Tuesday’s meeting and add a win to Deerfield’s slate.

Nearly all of the singles matches were tight affairs. Emma Weech, Emily Pajak, and Evan Burkett all battled through back and forth contests. Evan managed to deliver her second win at five singles against her Loomis opponent.

Isha Rao continued to roll at first singles, extending her unbeaten streak on the season. Hunter Pulliam dug in and won a steady, patient match at two singles. Credit goes to Hunter for taking the win from an opponent who bested her a few days prior.

Olivia Waterfall’s win at four singles was a marathon of a match. Waterfall won the first set in a 7-1 tie break. Loomis battled hard to win a 6-3 second set. It was no surprise to see this contest require a third set to determine a winner. After a few lead changes, Olivia pulled away to secure the 10-7 super tie break win for Deerfield.

The team sits at 5-1 and looks forward to an away match with Taft on Wednesday to close out the season. 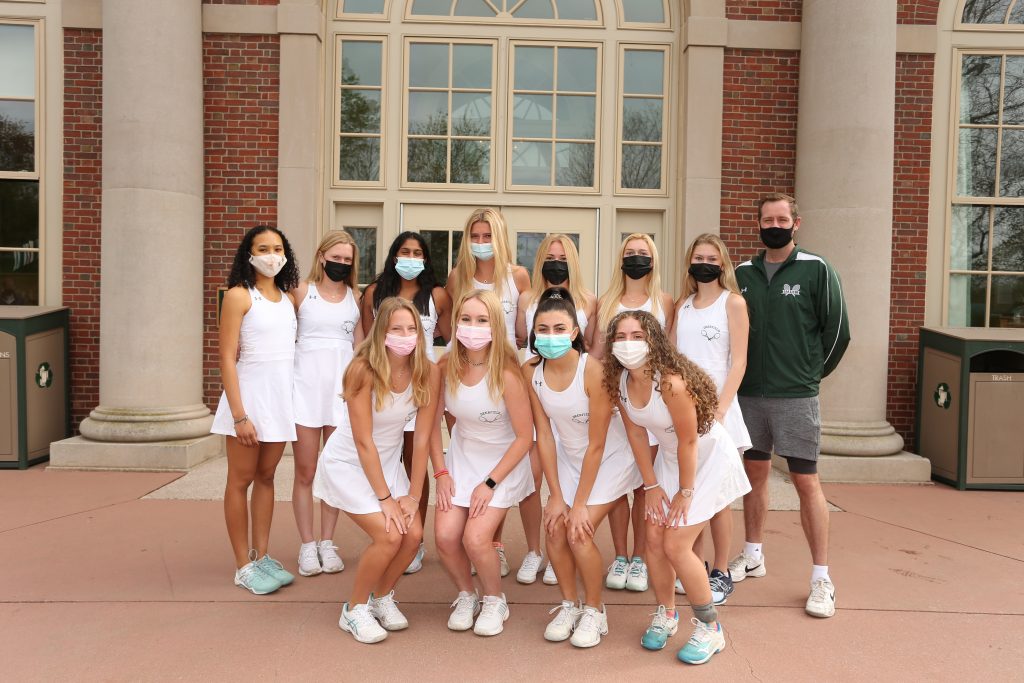