On Sunday, the NCAA Division I Men’s Lacrosse Committee announced the field for the 2018 championship tournament.  The field consists of 17 teams of which eight teams include Deerfield boys lacrosse alumni. 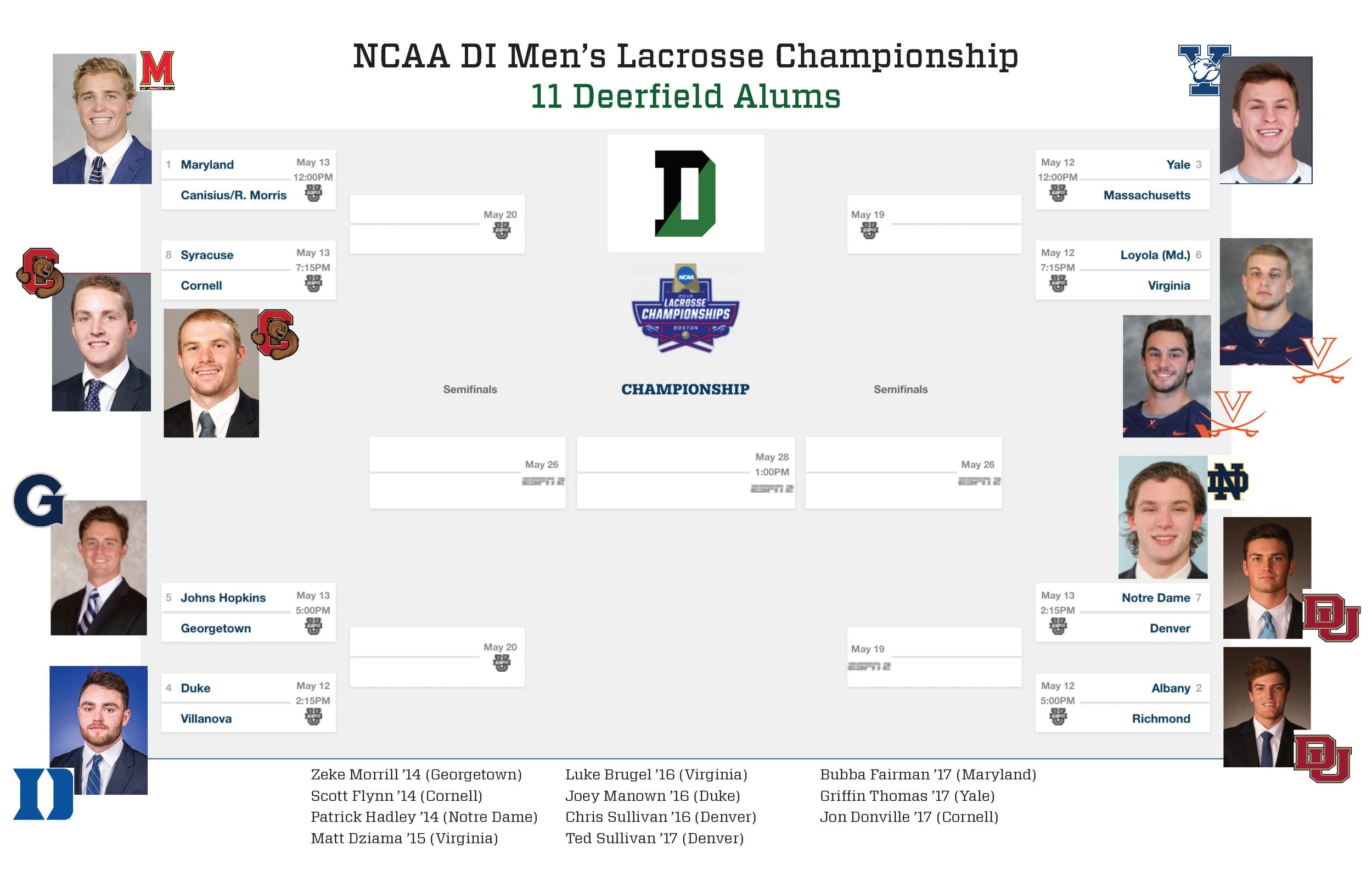 The eight teams represented in the tournament are perfectly split with four teams on each side of the bracket. The chances of a former Big Green teammate making it to the Men’s Lacrosse National Championship at Foxboro Stadium on Monday, May 28 is likely!

Maryland received the No. 1 overall seed. Freshmen Bubba Fairman ’17 and the Terrapins will play the winner of Canisius and Robert Morris in the opening round game. Depending on the first round outcomes, Maryland could play Cornell in the quarterfinals.

Cornell automatically qualified for the championship tournament when the Big Red defeated Yale, 14-8, in the Ivy League finals to capture the 2018 Ivy League Tournament title. Cornell is home to Jonathan Donville ’17 and Scott Flynn ’14.

Georgetown was one of three Big East teams to qualify for the NCAA championship tournament. The Hoyas and Zeke Morrill ’14 automatically qualified after defeating Denver in the Big East Championship, 8-3. This marked the first Big East Men’s Lacrosse Championship title for the Hoyas.

At 13-3 this season, Joey Manown ’16 and the Duke Blue Devils earned the No. 4 seed in the championship tournament. They will host Villanova in the first round of play.

After falling in the Ivy League Tournament Championship, Yale clinched the No. 3 seed. Griffin Thomas ’17 and the Bulldogs will play UMass Amherst in the opening round this Saturday, May 12.

Matt Dziama ’15 and Luke Brugel ’16 along with their Cavalier teammates were selected at large for the championship tournament. Virginia will travel to Baltimore, MD to play Loyola Maryland in the opening round of games.

Good luck to all our alumni in the NCAA DI Men’s Lacrosse Championship!