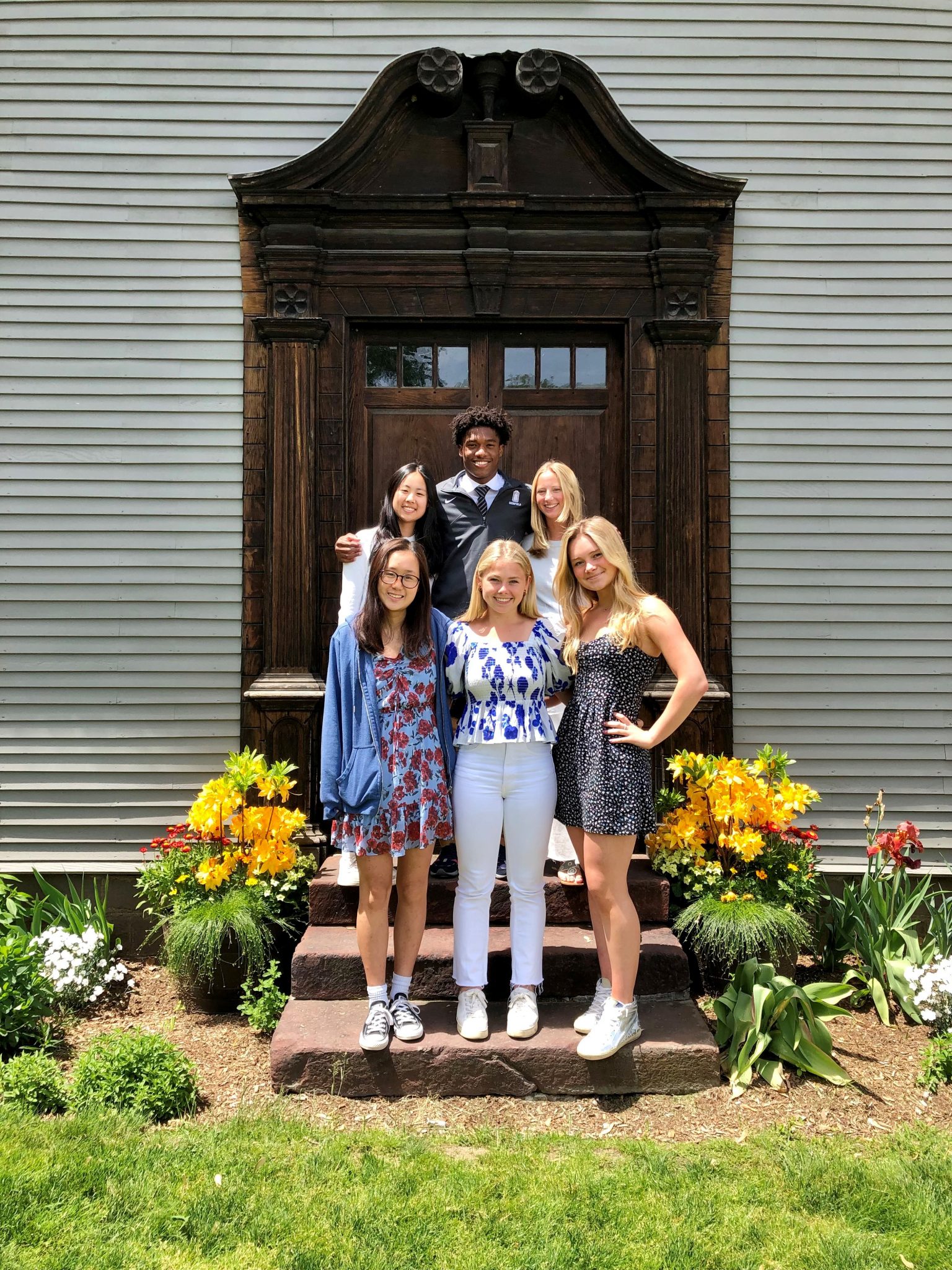 Girls Varsity Tennis: Olivia Waterfall ’23 and Hunter Pulliam ’22
Olivia and Hunter helped Deerfield seal its first ever Girls Tennis New England Championship. Their singles wins edged Deerfield to four total points on its way to defeating Andover for the title. On the biggest stage of their tennis careers at Deerfield, these two players leveraged the power of the mental game and bested their opponents. Remaining composed on the hottest weekend of the year through more than ten hours of tennis over two days is an achievement on its own. Hunter and Olivia could have folded under the weight of the hours on court and the sweltering heat. Instead, they gritted their teeth and stayed tough through to the end. We couldn’t have done it without you, girls!

Varsity Baseball: Caleb Levesque ’23
Varsity baseball is excited to select Caleb Levesque as our DOTW. Caleb had an impressive outing on the mound last week at Williston, pitching 3 2/3 innings striking out six and only allowing two hits. Caleb has exhibited tremendous grit and resilience all year. He comes to practice every day ready to work and improve. We are expecting big things from Caleb next year. Keep up the great work!

Cycling: Christian Odenius ’22
Christian finished his Deerfield cycling career with a strong result in the Men’s Cat 4 race at the Lime Rock speedway this past weekend.  Throughout his years on the team, Christian has been a positive team leader out on the road.  He loves exploring the gravel roads and backcountry hills around the valley as well as putting the hammer down and racing hard.  His coaches appreciate all of the time and energy he has put into the program!

Ultimate: Sunshine Chen ’23
The Ultimate Door of the Week is Sunshine Chen ’23.  As one of our captains, Sunshine has been a calm, steady influence this season.  She is compassionate and caring, and she has welcomed less experienced players into the game in a way that has really helped the team grow.  Her handling skills, too, have been a real asset this season.  Sunny has had the challenge of handling while being defended by players twice her size, and she has not once wilted in the face of (literally) enormous competition.  Unsurprisingly, Sunny earned the “Tallest Player” Award this season.  We are so grateful to have Sunshine, even on a cloudy day!

Girls Varsity Track & Field: Ismay Anderson ’22, Aurelia Bolton ’22, Jean Jin ’22, and Josephine Louis ’23
These students were elected by their team to be leaders but they have certainly gone above and beyond in their own ways. From pushing themselves during practices and meets to inspiring everyone else on the team to be the same, our victories would not have been possible without them. We are excited to have one returning, but will certainly feel the loss of the other three. They have left a legacy that will make them proud next year and the team continues to grow. For so many reasons, the girls’ final track and field doors of the week go to Ismay Anderson, Aurelia Bolton, Jean Jin, and Josephine Louis.

Girls JV Tennis: Kate MacKenzie ’24 and Jing Wang ’24
The final Doors of the Week for JV Girls Tennis are Kate MacKenzie and Jing Wang. As the bookends to the singles ladder all season, Kate and Jing​ started strong but never stopped improving. Their final matches against Longmeadow represented some of their cleanest and most tenacious tennis of the year; they hit beautiful groundstrokes, played smart tactical tennis, and pushed themselves to get to each and every ball. They are both outstanding athletes and brilliant competitors!

Boys Track & Field: Chandler Dicks ’23
This week’s Door of the Week for Boys Track & Field is Chandler Dicks. During the final 10 days of the season, Chandler re-learned hurdling and took 3rd place in NEPSAC in the 300 Meter Hurdles, improved his High Jump by 4 inches and took 2nd place in NEPSAC, and solidified himself as a Top 10 Long Jumper in Deerfield history, enough to take 3rd place in NEPSAC. His meteoric rise above his seed placements for the championship meet made the difference between losing the championship and winning it. For that, Chandler is Door of the Week, and the team will be awfully glad to boast his contributions again next season. 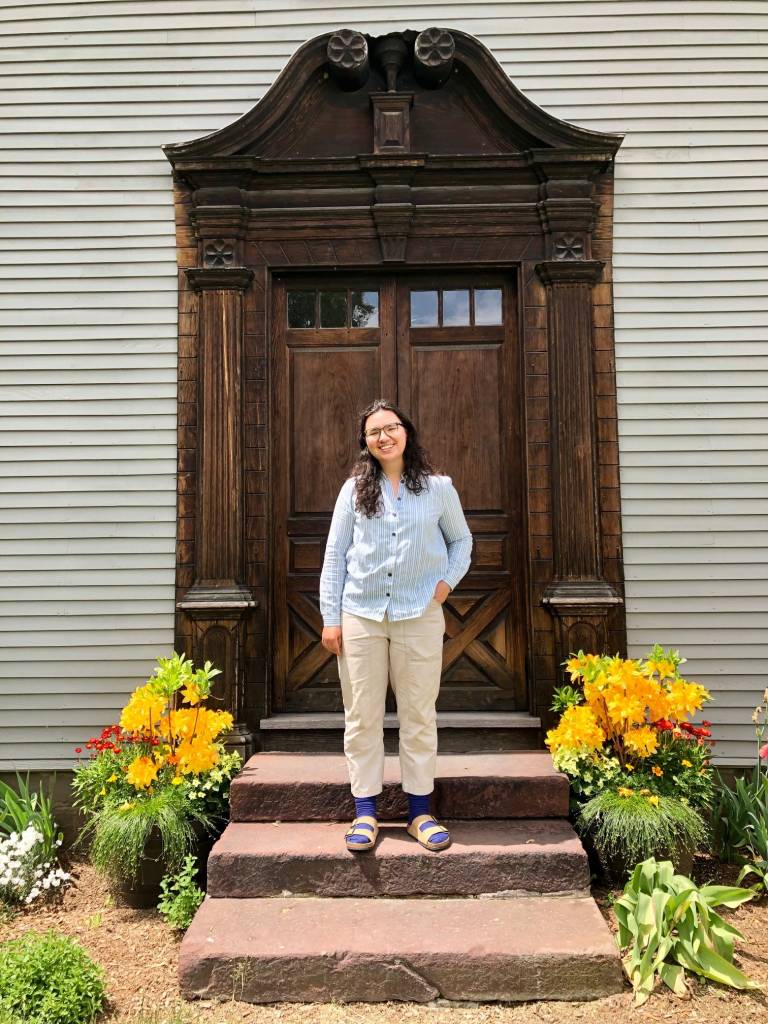 Boys Varsity Lacrosse: Kieran Anzelone ’22 and Max Abene ’22
Kieran was a tour de force in victory over Salisbury Wednesday May 18th on Jim Smith Field, scoring three goals and playing an impactful role all over the field. He continued his outstanding play in the Prep Nationals game versus Lawrenceville.
Max became the “secret weapon” for the team late in the season and had success against nationally rated faceoff midfielders for Avon Old Farms, Salisbury and Lawrenceville.  His was a great story of growth and development this spring.

Theatre: Cameron Iizuka ’22
Cameron Iizuka is our Door of the Week. She has been leading the acting company and technicians of Twelfth Night, a musical adaptation with a calm, confident manner and a great sense of humor. Stage managing a show culminates with calling all of the lighting and sound cues that make a production magical and making sure the company is well and accounted for before each performance as well as myriad other tasks. It can be a stressful responsibility to carry and she does it with grace. Congratulations, Cameron, on taking the helm of this big production through to its joyful conclusion on Saturday. We are so proud of you and grateful for you. 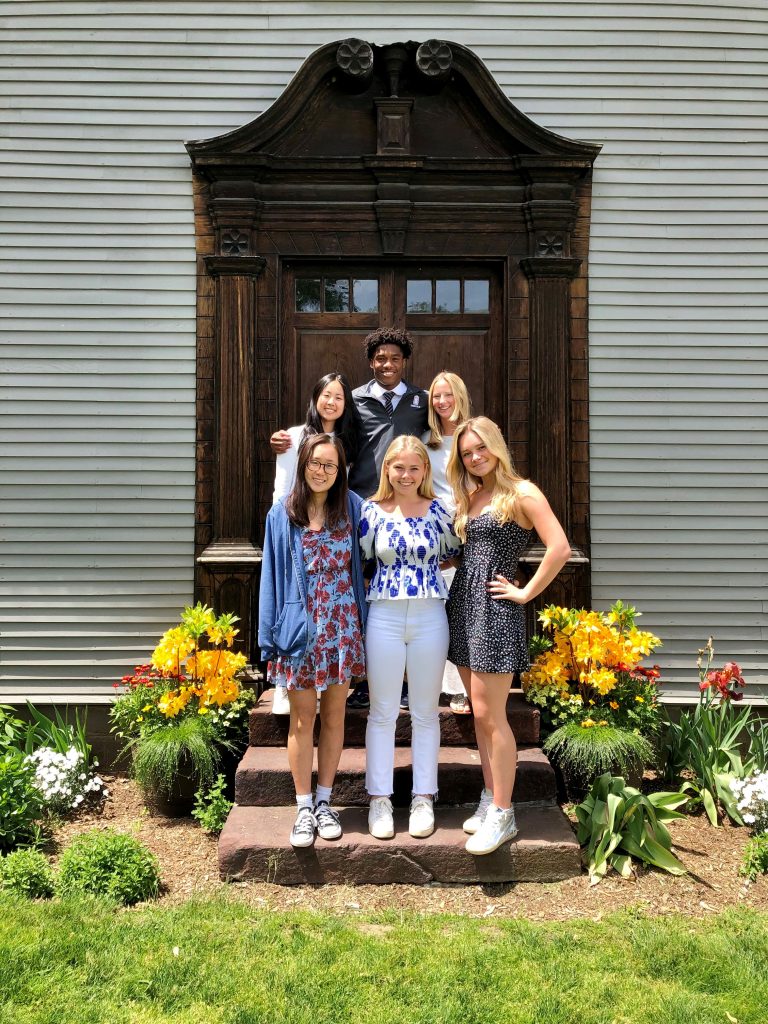