Boys & Girls Squash Finish in the Top in New England 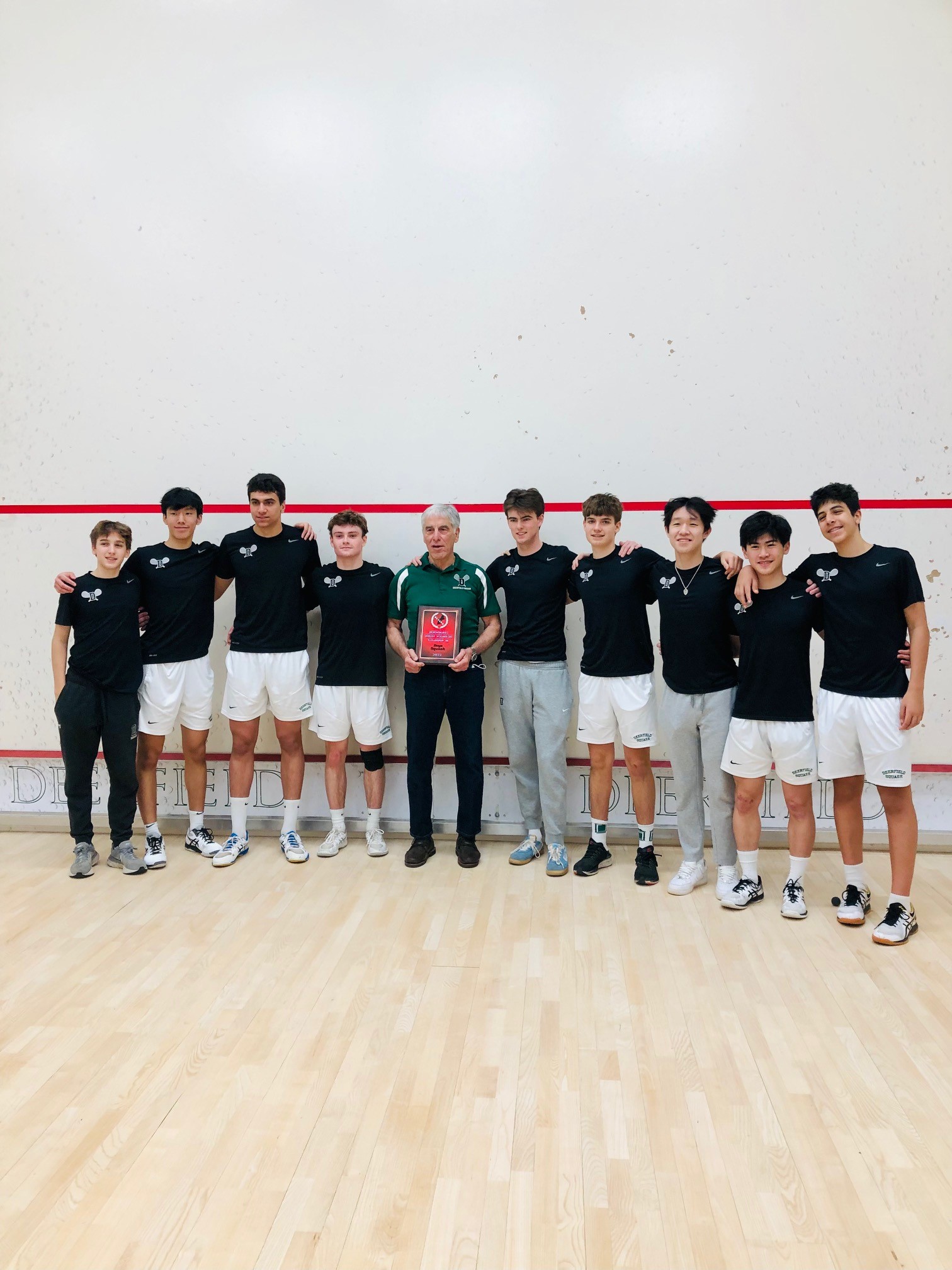 At this year’s New England Class A Championship the boys varsity squash team finished in third-place in New England and the girls varsity team earned a fourth-place finish.

The girls varsity squash team traveled to Andover for their New England Class A Championship tournament. The tournament followed an individual format, with each ladder seed playing in their respective bracket. Each finisher earned points toward their final team score for the championship.

Deerfield hosted the boys Class A and B squash championship which followed a team format that included head-to-head dual quarterfinal, semifinal and final matches.

Maeve Baker finished in fifth place overall in the 1st bracket. In the 2nd bracket, Anna Shumway advanced to the final and battled in close games to a second place finish. 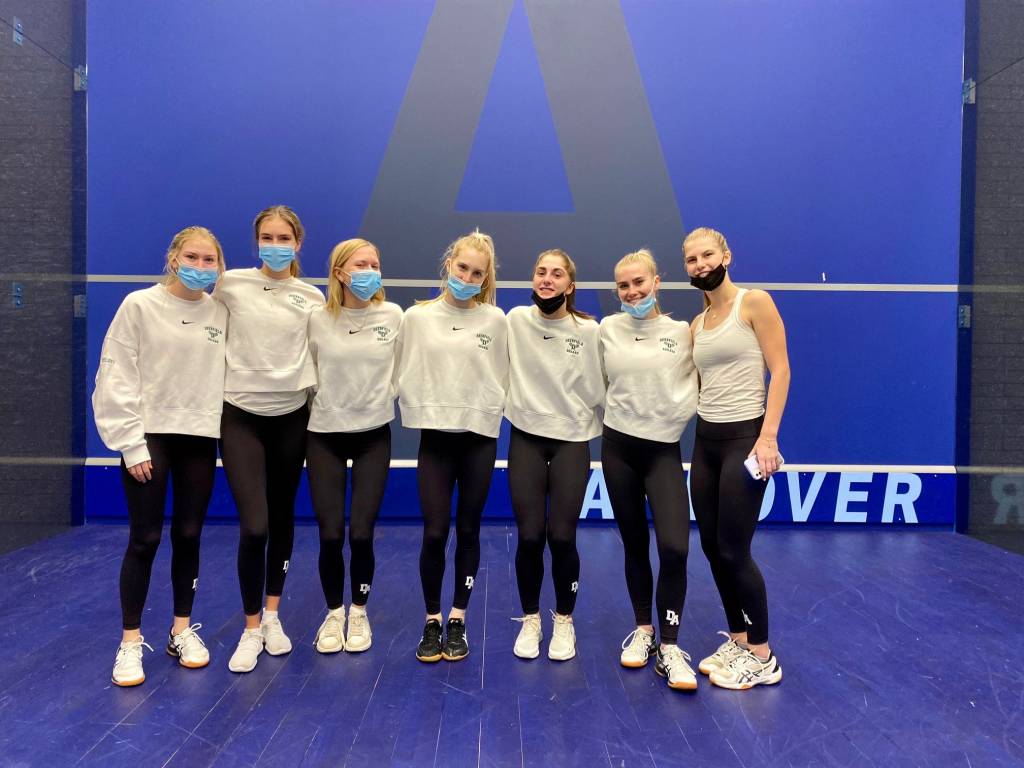 The points earned by each team member helped to propel the Big Green to a 4th place finish in New England Class A teams. For complete tournament results, click here.

The boys varsity squash team entered their tournament as the #4 seeded team and opened their tournament play facing off against #5 – St. Paul’s. In a closely contested match, the Big Green defeated St. Paul’s 4-3. Christian Capella, Beck Ayres, Lucas Capella and Jo El Wabory each earned wins in the match-up to help secure the team victory.

With the semifinal loss, the Big Green faced #3 ranked Hotchkiss in the consolation final. After six matches were completed, the overall score was tied, 3-3. The final match was Billy Kitchel in the seventh spot match-up. The match extended to five games with Billy claiming the 3-2 victory to secure the overall 4-3 win for the Big Green. Bennett Eun, Admed El Wabory and Lucas Capella each defeated their Hotchkiss opponent. The team’s 4-3 win over Hothckiss, secured their third-place finish in New England Class A.

The Big Green will return to action at the upcoming US Squash High School Nationals next weekend. 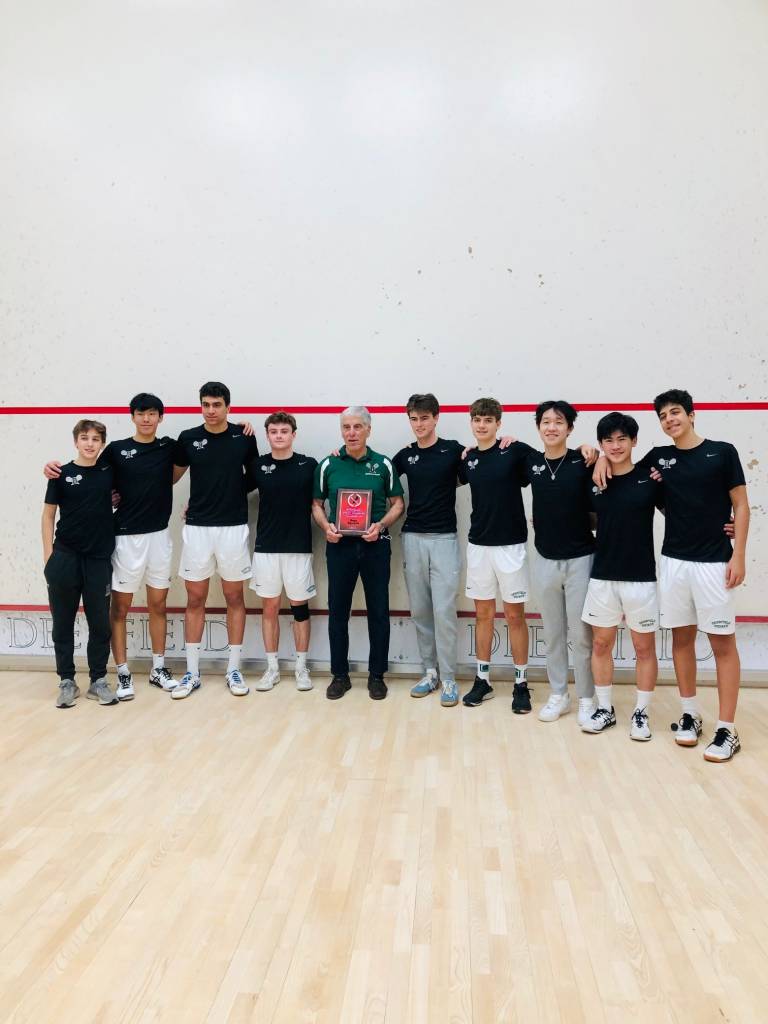