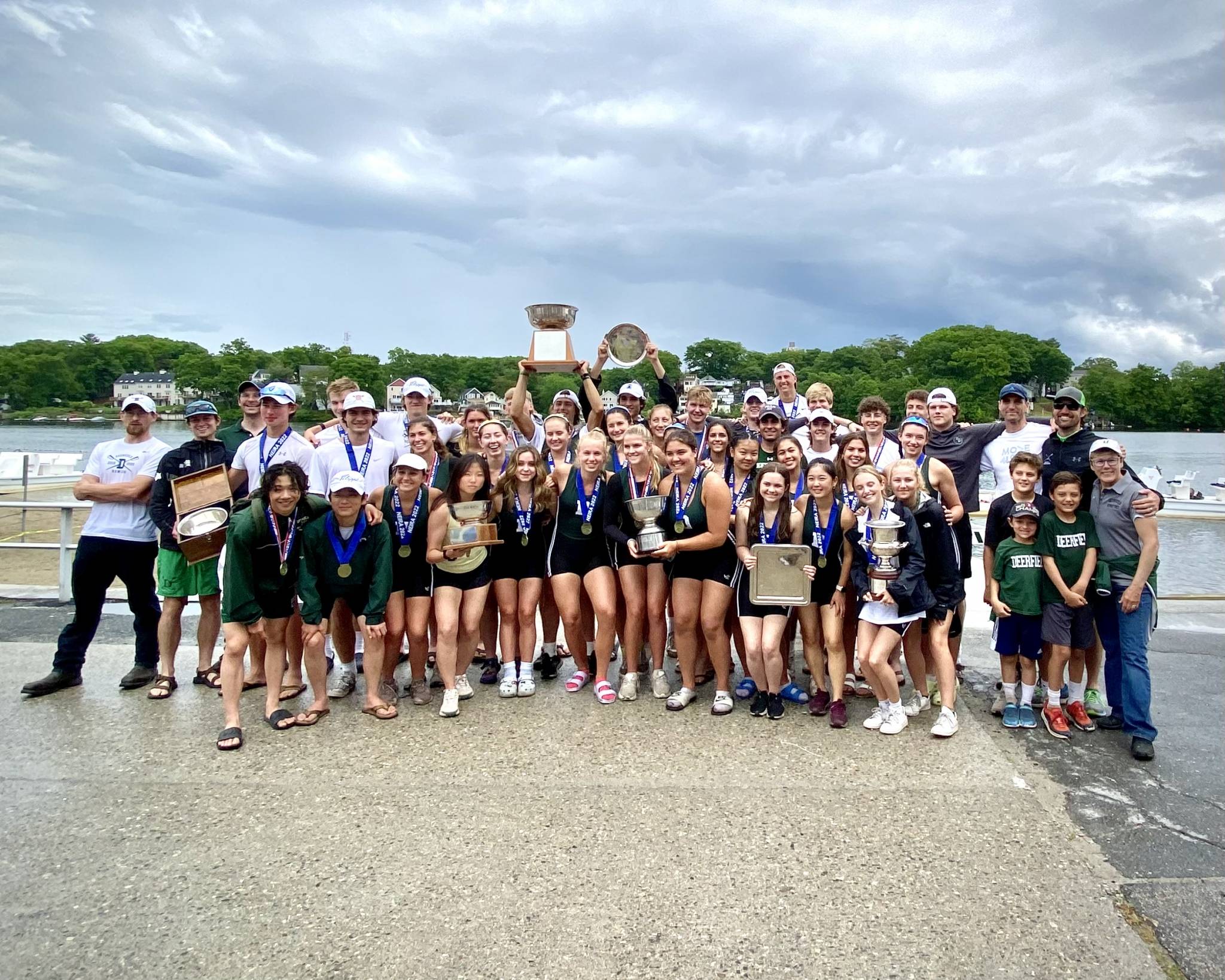 On Saturday, May 28, the Deerfield boys and girls rowing teams each captured their respective New England Interscholastic Rowing Association titles. With the victories, the boys and girls first boats each punched their ticket to the upcoming 2022 US Rowing Youth National Championship from June 9-12 at Nathan Benderson Park in Sarasota, FL.

The upcoming championship regatta will feature more than 2,000 rowers racing for medals in up to 43 events. The Big Green will be competing in the men’s youth and women’s youth 4V+ event.

With first place finishes for both the Big Green girls and boys 1V4 boats they each earned one of four automatic bids from Northeast Youth Championship into the national regatta. 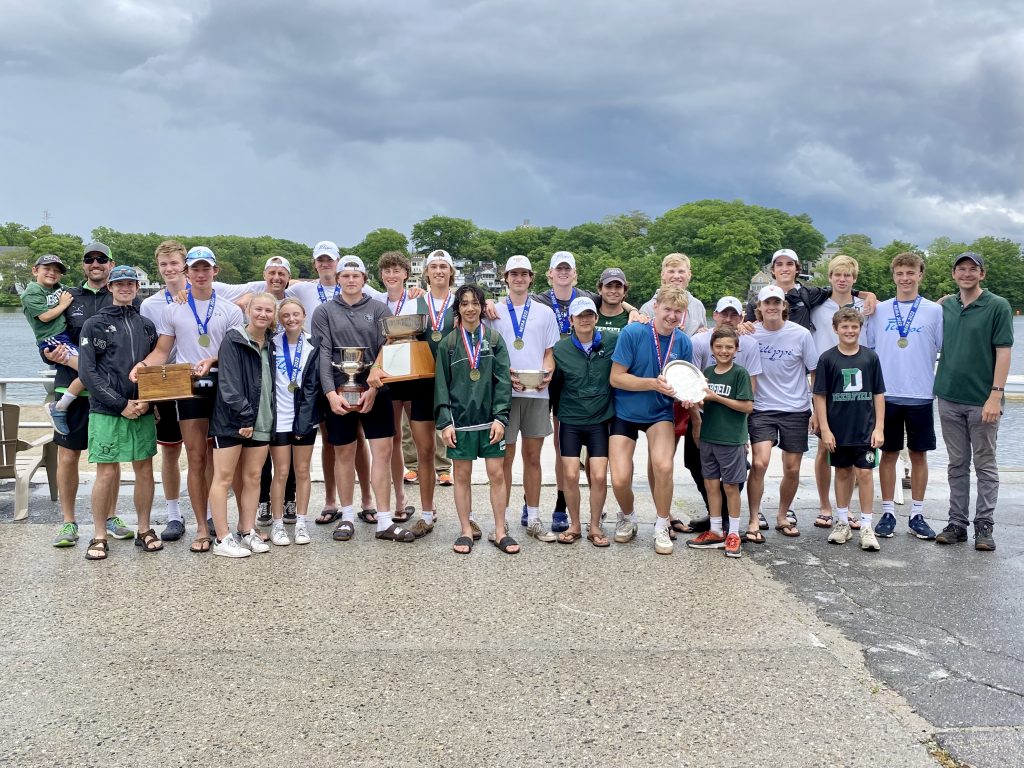 The girls crews continued their season dominance by recording a perfect outing at the New England Championship with first place finishes for all four boats. 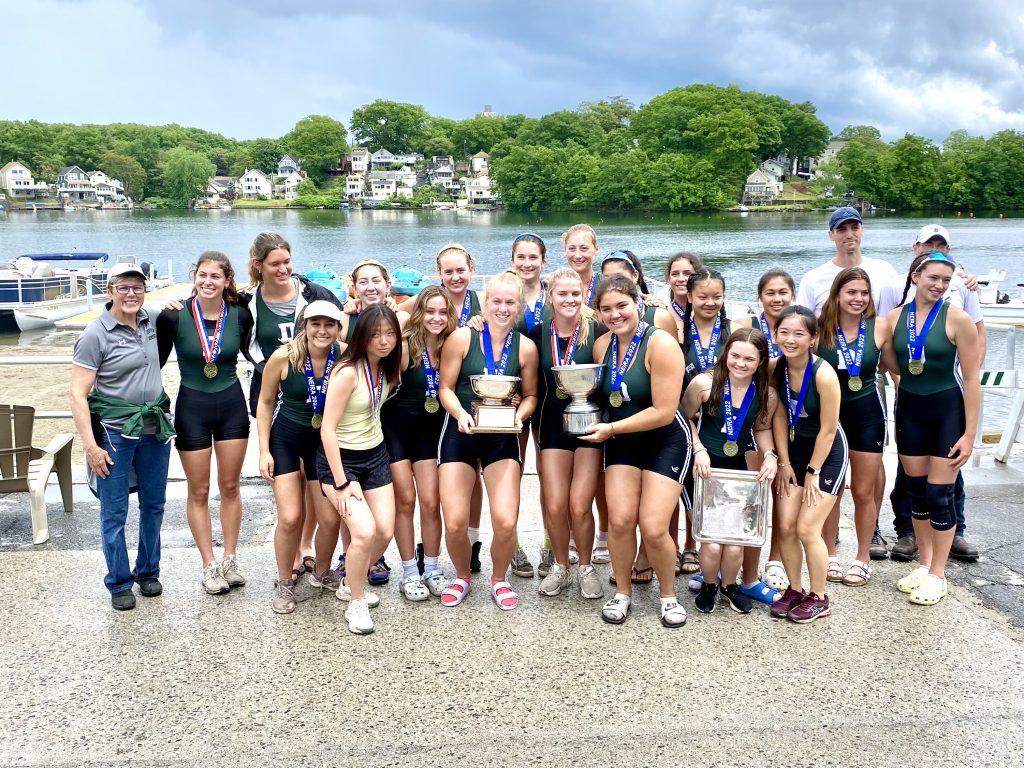 The Big Green last raced in the NEIRA Championship in 2019. In 2019, the boys team claimed a second place overall team finish and the boys 1V4 won gold. The girls finished in third place as a team and the 1V4 finished in second place.

Prior to 2019, the boys team claimed back-to-back team championships at NEIRAs.

Tentatively, the Big Green will begin their quest for a national title in the time trials beginning on Thursday, June 9 at 9am and 9:15am for the boys and girls boats respectively.

For more information about the US Rowing 2022 Youth National Championships, click here.

We can’t wait to keep cheering on the Big Green in Florida! 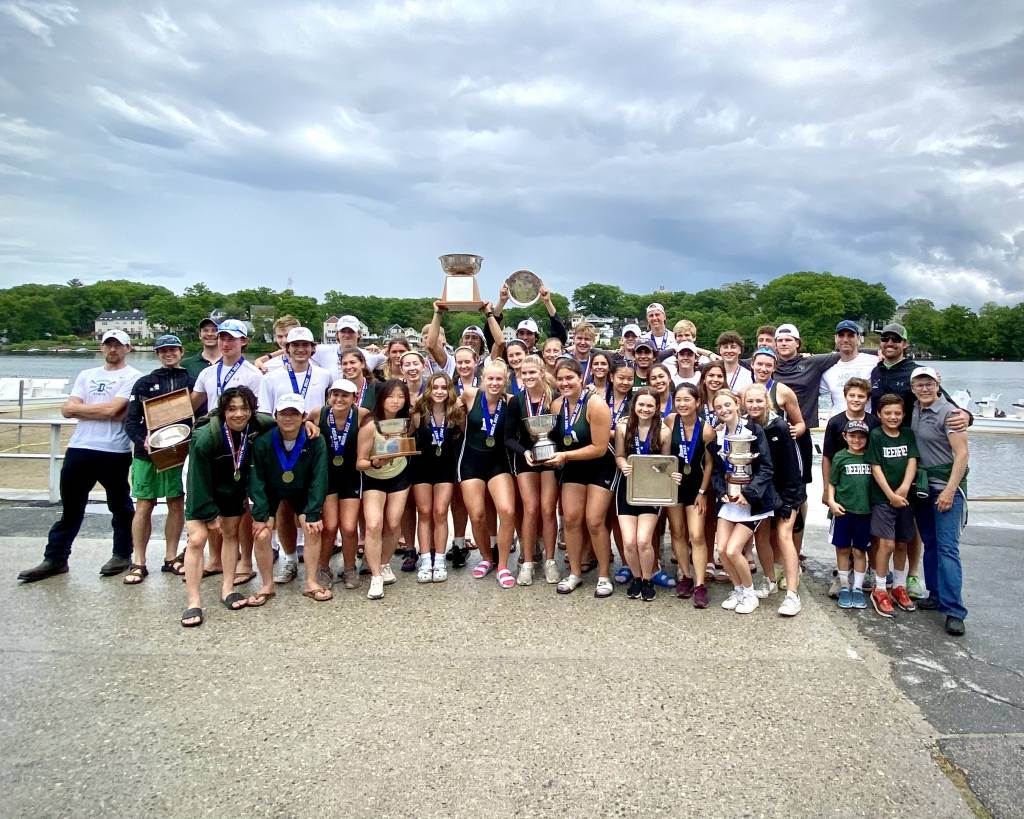