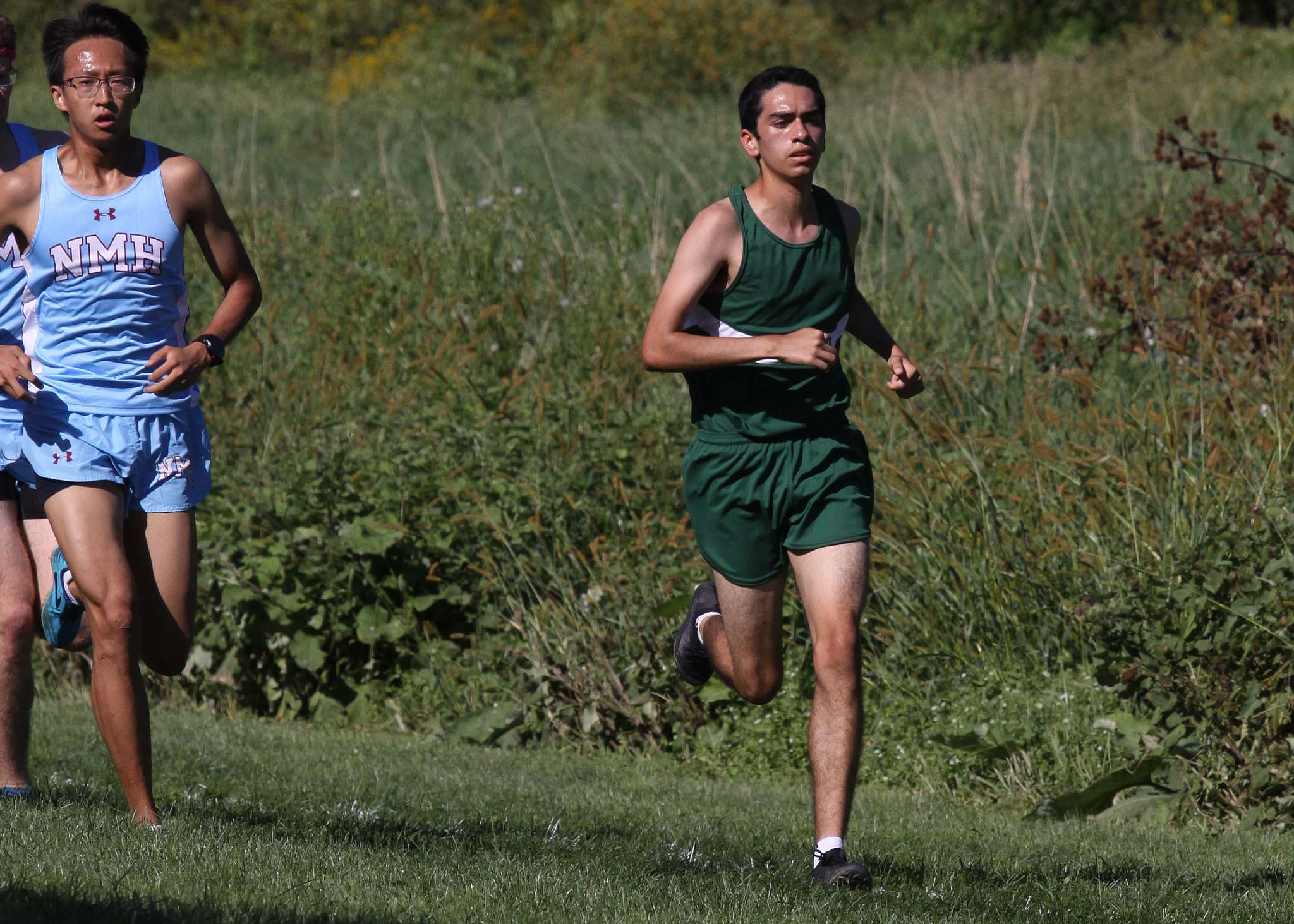 It was another beautiful week in the Pioneer Valley and Deerfield teams took advantage continuing to progress their play into small-sided games while growing as teams! Read on to learn more about each team’s past week of training.

Girls JV Soccer:
With a new addition to our coaching staff and our entire team together for the first time in weeks, JV soccer showed great energy and a willingness to learn. We did some conditioning, and our stamina is getting better every week. The team also focused on specific game sense skills, including defensive communication, offensive positioning, and learning each other’s strengths. The girls have made some great progress in their individual skills and we look forward to their continued development next week!​

Varsity Field Hockey:
Another week full of drills, competitive games, and runs on the Roland turf and lower fields! The varsity field hockey team worked hard early in the week.  Coach Huang surprised the girls with a new conditioning drill that made everyone laugh (who knew the first years were so good at charades?) and some larger field drills were re-introduced to emphasize some basic defensive practices.  Wednesday’s workout in the gym caused some sore muscles on Thursday, but Emma and Tom’s strength and conditioning exercises were great. A crazy thunderstorm sent the girls back to their rooms a little early after a little 1 v 1 practice on the turf! On Thursday, the team was up in numbers again, as three members were able to return to campus after 2 weeks working remotely and we could finally scrimmage on the bigger field.  The juniors held a game on the upper campus on Friday and while Saturday morning was early, we were all rewarded with hot donuts and cider on the lawn at the Calhouns after a campus run! A perfect way to end a long week!

Girls Thirds Soccer:
Last week the girls continued to work on their skills of passing, trapping and shooting. Coaches were pleased to see improvement in these skills across the board. We were also allowed to add some small competitive games like keep away and 3v1 towards goal. We are all excited to enter a phase where we can compete in full field scrimmages with the JV squad.​

Varsity Volleyball:
This past week in varsity volleyball we continued our ramp-up towards game-like situations by working on our serve-receive positioning. Being able to make a pass during serve-receive can feel different than individual passing drills and it’s a good reminder of the skills we need to keep developing. The improvement by the end of the week was impressive: clear positioning and crisp passes that allow our setters to distribute the ball well. We also got to up the competitiveness by having more intra-squad serving, hitting, and passing competitions. We’re really looking forward to our first intra-squad scrimmage on Tuesday!

Boys Fourths Soccer:
This week, quad squad split each practice into 2 sessions, with the first session covering a specific rule or game situation and the second consisting of a small group game with students competing for balls and trying to score. During the course of the week, we covered trapping, throw ins, corner kicks, free kicks and the basic offensive strategy of working the ball down the sidelines to the corner, then crossing in front of the goal. During the second half of practice, we played several spirited games of World Cup and a short-field game using both goals, but keeping play only within the 18 yard box. The players continued to bring their enthusiasm and positive attitudes to practice, learned more about game strategy, and competed spiritedly against each other in the games.

JV Field Hockey:
This week the JV field hockey team continued to ‘mix it up’ with practices that honed skills, improved communication on the field, and included some of their favorite games such as ‘Emma’s Game’, named for last year’s captain Emma Jaskolski, in which the girls essentially play a field hockey version of ‘knock-out’, and the goalies actually get to play, too!  The energy was palpable as we planned for our first mini-scrimmage that was scheduled for Wednesday.  After creating the teams, each one decided they needed a theme for ‘game day’ and the excitement grew.  We practiced corners for the first time last Tuesday, and this was another highlight for the girls as it felt like things were moving towards some kind of normalcy.  Also, practicing corners is one of the returning players’ favorite activities!
The threatening weather on Wednesday postponed the scrimmage to Thursday, but a day off from practice was welcomed as everyone took a moment to rest.  On Thursday the players came donned in their themed attire, ready to make the day feel like a real game day as they executed their typical warm up with the music blaring.  The teams were closely matched, and up until the last moments, the score was even at 1-1.  Closing in on the final seconds, senior captain Whitney Spater’s team was able to squeeze a goal in, leaving them as the winners for the day.  We are all looking forward to a rematch this upcoming Wednesday!

Boys Cross-Country:
DAXC continued to work on improving speed and fitness while maintaining a healthy balance of work and recovery. A fast-moving thunderstorm on Wednesday pushed the two most challenging workouts back-to-back on Thursday and Friday, but the boys rallied well and accomplished a successful week of hard work. The team will seek to challenge themselves with another time trial or race effort in the coming week.

JV Volleyball:
We continue to work on our core skills in JV Volleyball.  This week we introduced some challenging drills that have focused on passing and have tested endurance.  With 19 players on the team we are fortunate to have enough players to be able to split into two teams as we prepare for our Green vs. White competitions.  We have identified player positions and are excited to see what competitive play will look like.  The highlight of the week was definitely our Saturday practice.  We had a “Summer” day here in Deerfield.  With temperatures in the 70’s we were able to play at the outdoor court and eat lunch together.  This team is such a nice, cohesive group that has established a good balance of work and fun.

Boys JV Soccer:
For the past few weeks, the JV Boys Soccer team has worked on developing their individual soccer skills– passing, dribbling, shooting. This past week, we were finally able to put it all into practice as we moved into small-sided scrimmages. With our focus on learning how to attack the goal, our goalies, Thomas Spater, Crawford Rice, and Ocean Feng, have been busy between the goalposts. As we look to continue our development as a team, maintaining the ball under pressure is our next key area of focus. This will prove to be an especially worthwhile endeavor as we will soon begin formal competition within our own squad. For now, we rest assured that the spirit of La Ronda remains alive and well for the JV Boys Soccer Team.

Girls Cross-Country:
The girls xc team had an exciting week this week, trying out new workouts and cross-training opportunities. They did a great job of running hill repeats up the dreaded Pleasant Ave on Tuesday, with one runner even exclaiming, “ooh, I like these!” as she headed back up the hill. They recovered from this intense workout with a day of cross-training on stationary bikes and in the gym on Wednesday, and then were ready to go again for the first track workout of the season on Saturday. Another fun development was that we were able to begin a Friday snack tradition, as we did yoga by the river followed by some healthy, socially distanced, snacking. Overall, a great week of fall running and fun!

Girls Varsity Soccer:
This week at practice, the girls varsity soccer team focused on switching the point of the attack and began to introduce defensive principals. Wednesday’s practice ended abruptly due to the thunder and lightning storm, the team quickly moved inside and enjoyed a socially distant and competitive game of “WA!” We closed out our week with a competitive 4v4 game, where we saw our attacking and defensive topics from the week at play. The team is eager to play in a green & white scrimmage this week and apply their small-sided training to the big game!

Boys Water Polo:
With teams now allowed to practice with intermittent contact, the polo players began to develop their defensive skills, particularly in the 6-on-5 situation. Each defender rotated through the positions and developed a sense for the areas of responsibility.  The players also enjoyed a free-ball challenge in which the first person to the ball became the immediate scoring threat against whom the trailing player had to defend. Effort and spirits were lively in those contests.

Boys Varsity Soccer:
Boys Varsity Soccer had an excellent week of practice. We have elevated our level of play and have shown an ability to possess the ball over extended periods of play. We’re beginning to read the game at a high level and we’ve introduced more tactical elements to our training. Our energy and enjoyment of the game continues to be fun to watch. The main highlight of this past week was to see extended periods of possession play materialize in to scoring chances and even goals. We’re looking forward to the Emerging 2.0 phase and bringing some of our small-sided success to the big field.

Varsity Football:
The Big Green football team put together another great week of practice.  Captains Cortland Dicks, Griffin Schutz and Ari Kraan paced an explosive week of drills that highlighted this year’s team speed and agility.  Competition in drills continues to ramp up as the players push each other on every rep.  It has been great to see the talented receiving corps pick up where they left off last year with making big plays.  Donnie Gray, Tommy Stull and Joe Dowling are all returning playmaking receivers for the big green who have welcomed the likes of new juniors Geoffrey Jamiel and Elic Ayomanor into the fold.  Practice will continue to ramp up next week and we will keep you posted on the progress of the lines up front.  Win the Day! 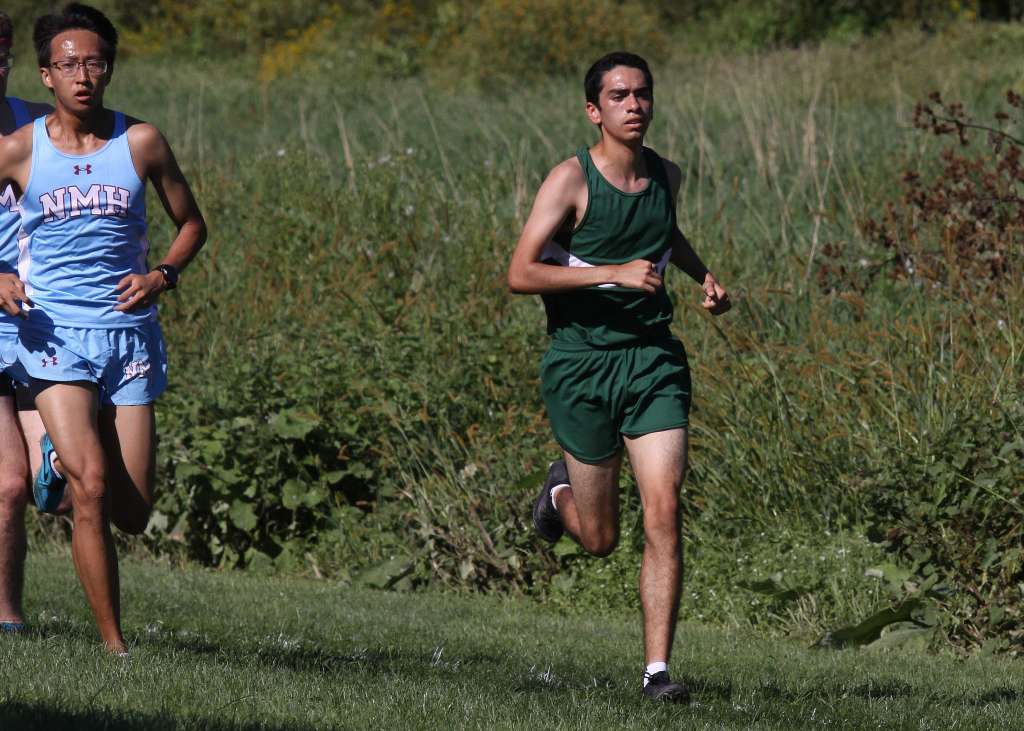