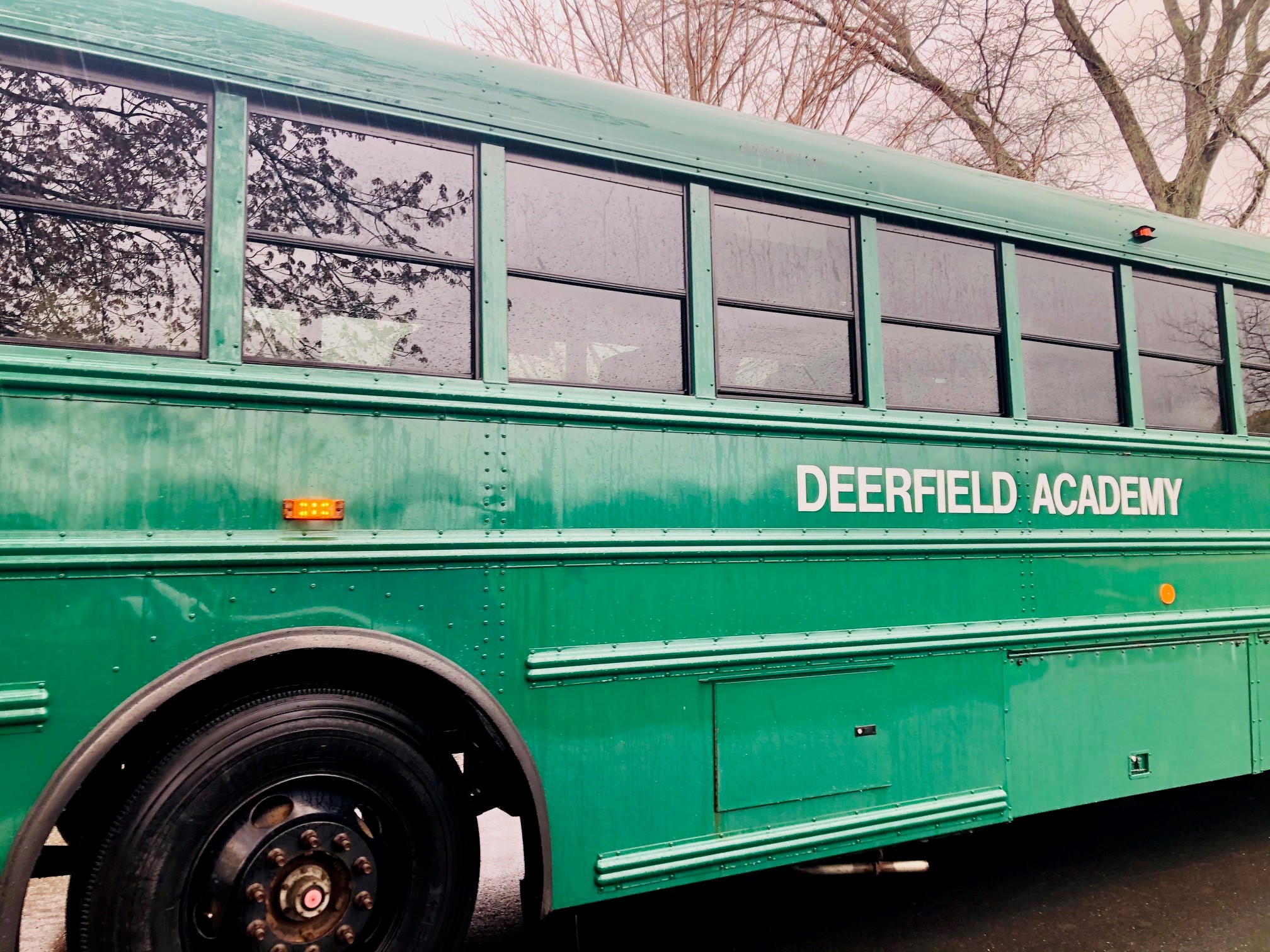 Last week, Deerfield teams completed their first full week of spring team practices! The week began with spring sunshine and warm temperatures and concluded with some April showers and gray skies. Despite the anticipated New England weather shift during the week, it was great to see teams training hard and soaking up their practice time, rain or shine. Another welcomed fixture of the Deerfield spring season was the return of the Green Machine buses to Albany Road in the afternoon to transport the rowing teams to the boat house! Looking ahead this week, spring teams will return to action against outside competition. The spring schedule will officially kick-off on Friday, April 23 with 11 contests against I-91 neighbor, Williston Northampton. Friday’s slate of games includes six home games and five away games. Go Big Green!

Learn more about our spring teams first week of training by reading on.

Track & Field:
After a couple days hampered by steady rain, the Deerfield Track & Field teams gathered on Saturday, April 17 for an early-season highlight: a mock meet, with trials in the 100 meters, 200 meters, 400 meters, high jump, and long jump. Under the direction of Coach Gardner, most girls and boys on the team gave their best effort in multiple events — and unofficially, a pair of long-standing school records fell during the afternoon. Saturday’s practice was a great opportunity for the team to get the feel of competition, and to see one another’s capabilities in action, without the pressure of a meet. They’ll have the chance to compete for the first time in two years this Saturday at Andover!

Cycling:
The cycling team has had a great start to the spring season with one of the largest squads Deerfield has fielded in many years.  While the racing schedule is still being negotiated, DA cyclists have been getting fitted to their bikes and starting to get some training miles into their legs.  The highlight of the season thus far has been the excellent afternoon weather that has allowed the squad to get out on the roads and start exploring the valley.  While we may not have a full race calendar this spring, it is shaping up to be an especially memorable season of cycling at Deerfield.

Girls JV Tennis:
Last week for GJV Tennis was a completion of the tryout process and some beautiful days of hitting and playing. The team took shape just in time for a late week cold/rain/snow snap, so we took a couple of days off to rest. Coming up, we will be running challenge matches and intra-squad matches in the coming weeks leading up to our first match on Saturday, May 8 vs. NMH.

Girls Varsity Water Polo:
The eighteen members of the girls’ water polo team have started the season enthusiastically with a blend of fearlessness and friendliness. The players will build on their developing individual skills this week as they begin to gain experience with the team’s offensive and defensive strategies in advance of Friday’s game against Williston.

Girls Varsity Tennis:
The Girls Varsity Tennis squad is enjoying a rare spring season start entirely free of snow! The good weather has had our team on the courts consistently and the practice is yielding results! With plenty of new faces as well as a host of savvy veterans, the team is hoping for a successful and fun season. The squad is looking sharp with two matches on the slate for this week. Doubles teams and the singles ladder are coming into focus as we prepare for Williston on Friday, April 24th and Phillips Andover on Saturday, April 25th. Wish us luck on our opening matches. Go Big Green!

Girls Varsity Lacrosse:
The girls varsity lacrosse team spent their opening two weeks installing defensive systems and offensive sets.  Without initial contact, our team emphasized mid-field passing sequences and transitional connections.  With the onset of Emerging 2.0,  the team excitedly dove into contact play, and we were able to bring much of our defensive and offensive strategy to life.  We’re looking forward to our first contest on Friday, April 23rd at local rival, Williston Northampton.

Girls Varsity Rowing:
The girls’ rowing coaches are thrilled to welcome 36 athletes to the team this year!  In our first full week, we’ve focused on general fitness and fundamentals of the rowing stroke.  The second half of the week featured challenging efforts on the ergs and across the board, we saw great performances and are fired up to be working with a very strong group. To finish the week, athletes either took their first strokes on the water or in the tanks, and we look forward to getting everyone out on the Connecticut very soon!

Boys Varsity Tennis:
The boys tennis team spent their first week and a half of the season determining their roster, setting their lineup, and getting back into tennis shape. Despite only one returning player this year- senior captain Achille Sarachek, who will be playing in the #1 singles and doubles spot- the team is shaping up to once again continue the strong legacy of Deerfield tennis, with junior Jimmy Ueland poised to play at #2 singles and freshmen Max Peh and Blix Salz both contributing in a big way to the lineup. Rounding out the singles lineup are senior brothers Noah and Oscar Depp, whose work ethics will have a lasting effect on the team long after they graduate. Competition begins this Friday at Williston and Saturday at Andover. We are excited to put all our hard work to the test!

Varsity Baseball:
The first week of baseball practice was met with great weather.  The team was able to practice outside and get ready for the start of the season with no problems.  The field was in great shape and our kids were ready to go after having a productive fall season.  The first week was capped off with a Green/White scrimmage on Saturday.  The team showed a lot of promise as we head into the first week of the season against Williston on Friday and then a double header at home against Andover.  Newcomers Ryan McHugh and PJ Hamil were effective on the mound.  Catcher Trey Bourque did a great job defensively and will be a middle of the lineup hitter all year.  Returners Ty Mudd and Kevin Griffin played well in the outfield and infield, respectively.  Ninth graders, Connor Moriarty and Caleb Kirkpatrick played the entire game and will be contributors for the team for the next 4 years.  OF Tynan Creagh and Geoff Jamiel are the fastest players on the team and will do a great job on the bases this year.  Big things ahead for the Big Green Baseball Team!

Girls Varsity Lacrosse:
The girls varsity lacrosse team spent their opening two weeks installing defensive systems and offensive sets.  Without initial contact, our team emphasized mid-field passing sequences and transitional connections.  With the onset of Emerging 2.0,  the team excitedly dove into contact play, and we were able to bring much of our defensive and offensive strategy to life.  We’re looking forward to our first contest on Friday, April 23rd at local rival, Williston Northampton.

Girls JV Lacrosse:
JV Lacrosse has enjoyed a fun start to the spring season. We made the most of Quiet and early Emerging 1.0 phases by practicing lots of skill work through wall-ball and partner passing, eventually building up to full field connections. We put our two goalies – Maria Vieira and Stella Kerwin Derrick – to the test with shooting drills and look forward to adding in more competitions this week! We saw some rainy weather towards the end of last week, but the JV players showed their grit as they took to the field to play through cold rain. Our senior captains – Bri Felice, Lisa Ito-Bagshaw, and Emma Tennant – are helping keep spirits high and we are grateful for their leadership. Here’s to more sunny days ahead! Our practices this week and next will include some scrimmaging and position-specific drills to get us ready for our first contest at Berkshire on May 1st. 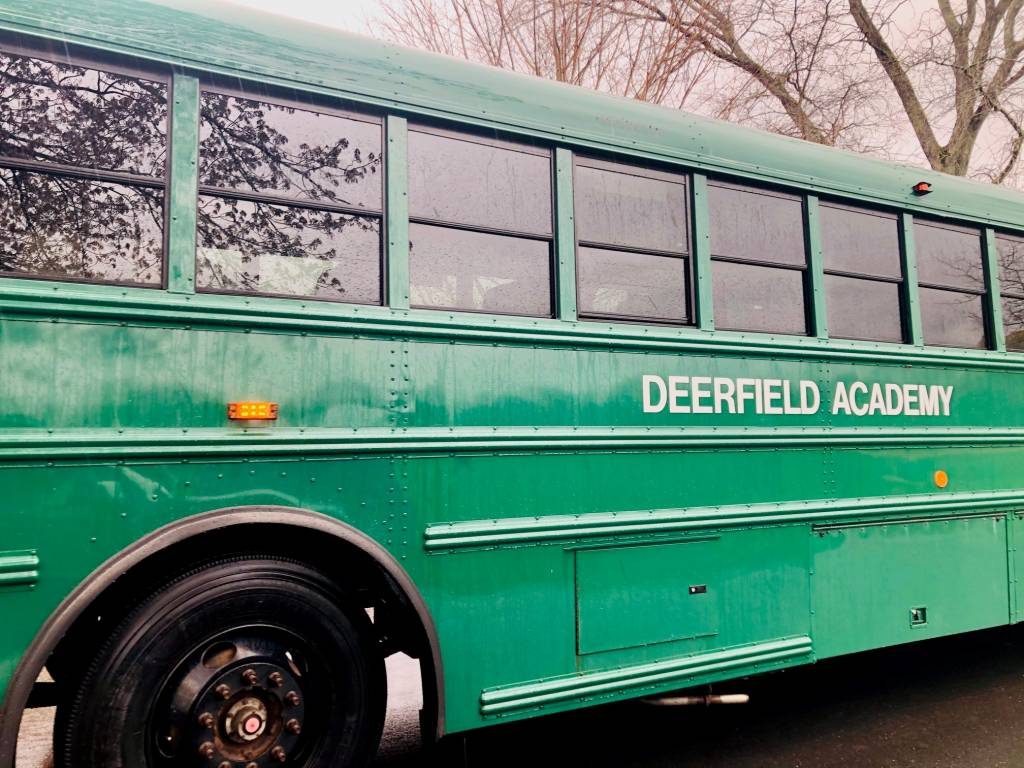