Ellie Shilling ‘20 is the girls JV hockey AOTW. Ellie had a terrific game against Cushing on Saturday, scoring two huge goals, one of which was short-handed. She centered various lines, effectively killed penalties, and played hard the whole game. Moreover, she has had an excellent attitude and work ethic in practices and we are thrilled to have her leadership on the squad. Congrats on a great start to the season, Ellie!

Billy Kitchel – won two 3-2 matches on Saturday against Belmont hill and Exeter. Coming back in both!

The BV hockey athlete of the week is Owen Clifford. Owen scored his first Deerfield goal on Saturday against Salisbury. He is a young man who shows up and works hard every day. His lack of ego is a huge reason for his success this year.

Our athlete of the week is Tess Mannix.  She has worked hard to come back from a concussion sustained in the first week of the season, and she has shown great leadership both in practice and when she takes the court.  She is always there to pick up her teammates when they are down, hit a big shot when we need the morale boost, and push herself to better her skills every day in practice.  In a tough game against Worcester this weekend, she never gave up and hit some key shots to show the team that, even though we were outmatched that day by a talented team, we should still focus on what we could do to compete.  She has been a model team captain, and we appreciate her commitment to the team so far this season.

AOTW for JV Basketball is Thomas Leimkuhler. He scored the go ahead 3 pointer and grabbed three crucial rebounds in our OT win against Williston.

For JV Swim, our athletes of the week are Tony He and Piper Day. Tony is a rookie swimmer who swam in his first ever meet on Saturday against Suffield. At the meet, he came first in the 50 breaststroke, defeating other, more experienced swimmers. He’s been putting in a lot of work in practice to improve his stroke, and it really showed in the meet!

Piper Day, one of our captains, also had an excellent meet against Suffield. She swam the two longest events of the meet, the 200 free and the 500 free, and swam an excellent race for each of them. Throughout both of them, she maintained excellent form with both her stroke and her turns. Many swimmers shy away from the distance events, but Piper embraces the challenge wholeheartedly for the good of her team.

Lisa Ito-Bagshaw has earned the Athlete of the Week for Girls’ Varsity Hockey due to her strong performance in our three game week against Millbrook, St. Paul’s, and Lawrenceville. Though playing three games in a week after a long break is tough, Lisa looked better every game, and finished with her best game of the season (so far!) against Lawrenceville. Not only was she strong in the defensive zone, but she used her speed and shot to garner two points in the Lawrenceville game, a goal and an assist. She directly helped on both of Deerfield’s goals in the game. Lisa has been strong for us all season long and we are looking forward to seeing her continued offensive contributions in the following week and beyond.

This week’s Boys J.V. hockey athlete of the week goes to Felix Rockefeller, This freshman forward scored twice in a 5-6 loss to Salisbury and all game long Felix competed at a very high – level.

Playing with skilled line mates Bodie Fish and Aidan Philie for the first time this season, Felix fit right in and went to work for Big Green. All season long his coaches and teammates have admired his hard work and positive spirit he brings to the locker room and rink every day. The goals against Salisbury were his first and we hope to be seeing more of this in the weeks ahead!

The Athlete of the Week for Varsity Wrestling is Donovan Woods ’23. At the DA Quad on Saturday, Donovan—who was a JV wrestler, waiting in the wings—stepped up to replace an injured captain, wrestling two varsity matches on short notice. His grit, mettle, and tenacity were everywhere in evidence as he faced more experienced, bigger wrestlers at a weight class above his own. Though he didn’t come away with a win, Donovan epitomized the spirit of DA Wrestling: his intensity—never in question—was prodigious; his integrity set a new high bar for the team; and his intelligence betrayed his long hours of technical training in the Kravis. Donovan is an essential member of the wrestling program, and we can’t wait to see what he accomplishes in this year’s tournaments and beyond. 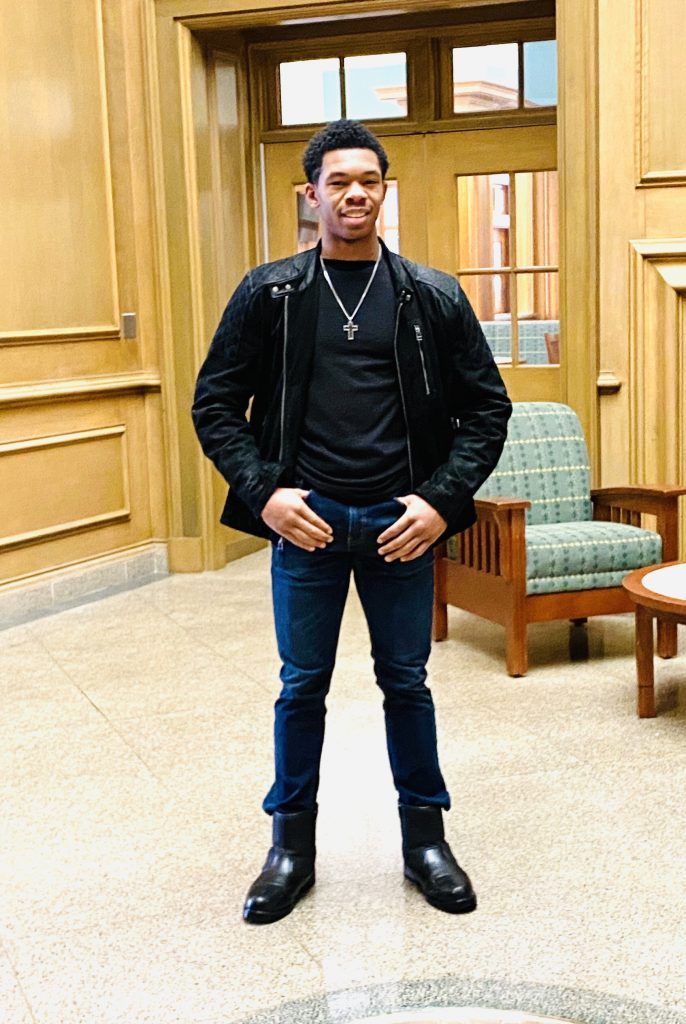 The girl’s 3rds basketball player of the week is Destynee St. Agathe-Faure. Des brings hard work, grit, and determination to the court at every practice and game. Her desire to play has required her to alter her appearance, which she has done without hesitation, and she is always ready to do whatever is required of her by the team. Des always wants to play, and coaches have loved seeing her show up to practice with a great attitude, even when she is injured. Her unique humor and delightful personality have a positive influence on the entire team, and she always keeps morale and energy high. More importantly, coaches Romick and Hunt have been impressed with how quickly her game is improving every day that she is able to suit up.

On Saturday the girls traveled to Worcester and played Worcester Academy in an “old school” gym built in the 1920’s. The girls pulled out a 22-20 victory that went down to the final play. This was total team effort as the girls dominated the boards on both ends of the court. Kiki Brainard played out of her sneakers on Saturday as she controlled the tempo on both sides of the court. Kiki plays with great anticipation as she had a number of key steals throughout the game, but especially in the closing minutes. She runs the offense well, plays tremendous defense, and hit a couple of key baskets. She’s an all-around basketball player who gives a 100% when she is on the court, and a player who never, never, quits! Kiki- congratulations on a great game!

We’d like to nominate Moises Castillo as our AOTW. Moises is our point guard and one of our most reliable scorers and defenders. He brings a great attitude and work ethic to both practices and games and has shown himself to be a leader on and off the court.

Kate brings an infectious cheerfulness, a dedicated work ethic, and—even as a sophomore—a veteran presence to our young team. Since the first moments of the JV tryouts, she’s been putting in a ton of work, and her commitment didn’t flag when she missed the cut for JV, nor when she didn’t get one of the seven competition spots on our ladder. She went on throwing herself into practices, suggesting drills and team-building activities, and improving every part of her game. At last week’s challenge match, she secured her spot by capping her last game with five of the best serves any of our players has hit this year. Then she stepped up when she got the chance to face the number 7 player in a scoring match at Suffield this week, cruising through in straight sets. No doubt about it: her star is on the rise.