Samara Cummings ‘20 is the JV soccer athlete of the week for her stellar leadership and defensive play. In her career with the program, Samara has always been a player we can count on, but this year her play has continued to progress. She’s taken on a leadership role in our defensive unit, and her play this week, especially in our game against St. Paul’s, was huge! She made key defensive plays for us, timing her step ups perfectly, being aggressive when needed, running down balls, and making plays to keep the team in the game. We look forward to her continued leadership and growth!

Chad stepped up this week for the JV football team. He stepped into a starting role on the line and made a huge difference for our ball club! He brings passion, endless energy, and is learning how to compete! Great work this week Chad!

Thirds girls soccer’s athlete of the week nomination is Amelia Tyler. Amelia is calm, cool, and collected on the field, and she always shows up to practice ready to work hard. Her deft ball handling skills at midfield have been a huge help in our games so far, and she scored an epic goal in our last game against Cushing. Keep up the good work, Amelia!

For varsity volleyball, this week’s athlete of the week is Lara Akande ‘20. Lara had a huge day of blocking against St. Paul’s on Saturday, providing an incredible boost to the team en-route to their victory over the Pelicans. Lara shows her leadership and commitment to the team and improvement each day in practice and it was fabulous to see that so effectively in a competitive environment. Nice work!

The varsity FH athlete of the week is Lily Steinwold ’21. Lily has an incredible attitude and is a special member of our team. She gets everyone pumped up for games and is always encouraging and supportive of her teammates. As a goaltender, Lily has improved significantly this fall and has earned big wins against Berkshire, Milton, Pomfret, and NMH. We value Lily’s work ethic and leadership, and her zest for life and laughter has contributed greatly to the special team dynamic we have this year. Keep up the great work, Lily!

Ben Diffley is our athlete-of-the-week.  Ben is a goalkeeper who leads with skill and confidence.  He has the attitude of a champion, and demonstrates that in every practice and every game. 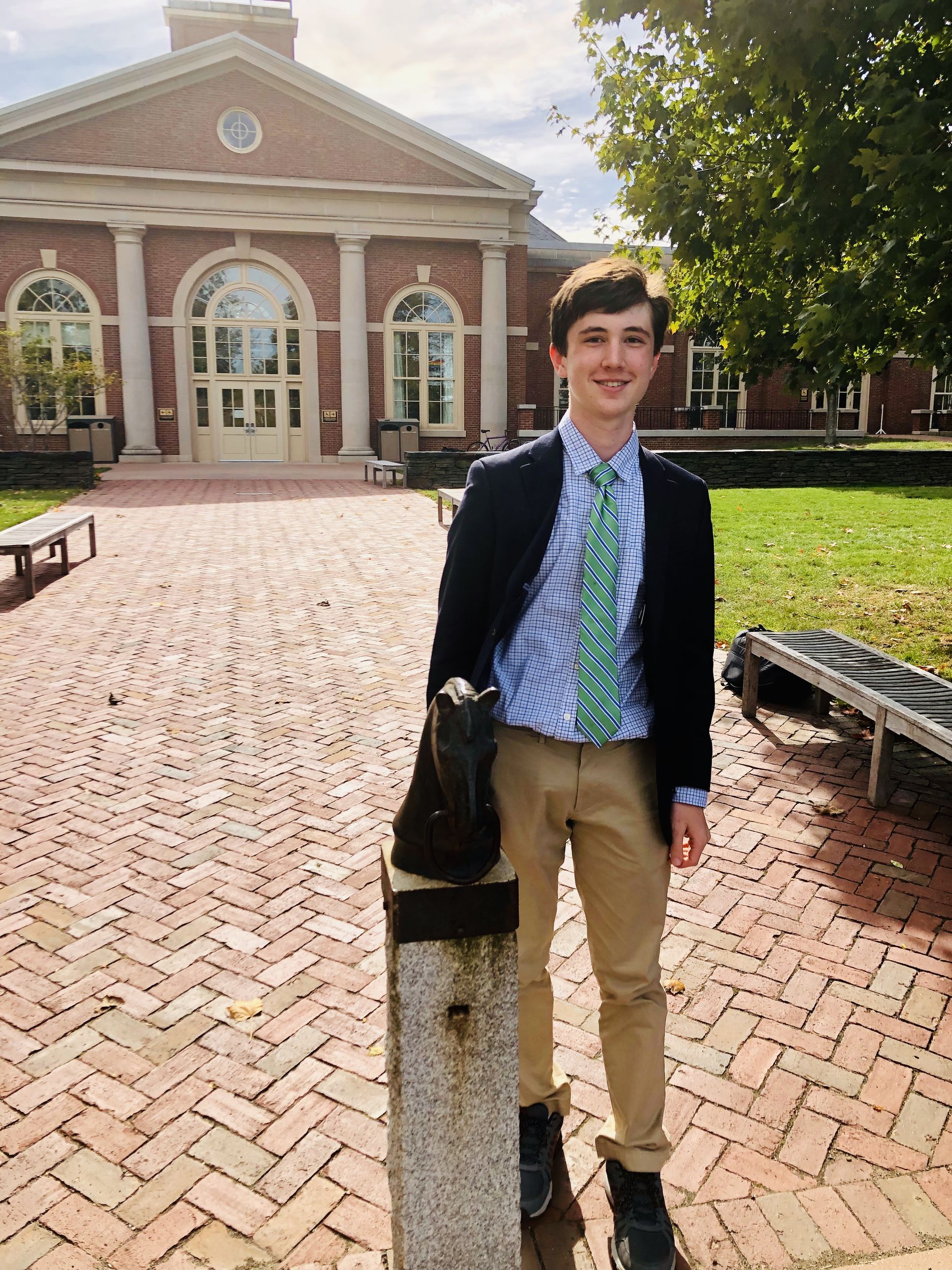 Stephen always comes to practice with a great attitude and ready to learn. He’s given us a lot of quality minutes up front and has always shown himself to be a solid teammate.

Haley Sundstrom is the girls varsity soccer athlete of the week. Haley is a tenacious defender and competitor. She is constantly challenging herself and improving in training. As a defender in games she is a brick wall, whether Haley is patiently 1v1 defending or stepping up to win a ball to neutralize opponents attacks or helping to start the Big Green attack with her vision, timing and execution, she is there. We appreciate Haley’s commitment, tenacity, competitive spirit and leadership! Great work, Haley!

Emma Kimble is an impactful member of the 2019 Deerfield football team.  Emma’s commitment to the team has yielded positive results since the first day she stepped onto the practice field.  She has continued to enhance our practices and games through her organization, care, competitive nature and care for her teammates.  Emma is a senior who has been a lifelong football fan hailing from Austin, Texas whose passion for the game is contagious.  From charting plays and breaking down video online to team workouts and equipment/practice preparation Emma is on it. We are very lucky to have Emma on our team and are confident in having her on our sideline every weekend.

When the referee calls for subs and you see a blurry streak speeding across the field, that’s Peter. Even in practice, Peter always races into position, ready to play. From the beginning of the season, he’s distinguished himself with how seriously he takes his game, while always remaining humble and supportive of his teammates. While he’s tied for the team lead in goals, he’s never one to hog the ball. His ability to set up opportunities away from the ball has made him a great model for the rest of the team—all the more impressive because he’s a ninth-grader.

In the final seconds of a close game, goalie Carter Weymouth ’20 made an errant pass that turned the ball over to the opposing team for a last-gasp shot. Instead of dwelling on what could have been a crucial mistake, Carter rallied himself and made a difficult save as time expired. When he could have focused on what had gone wrong, he chose to prepare for what was next. 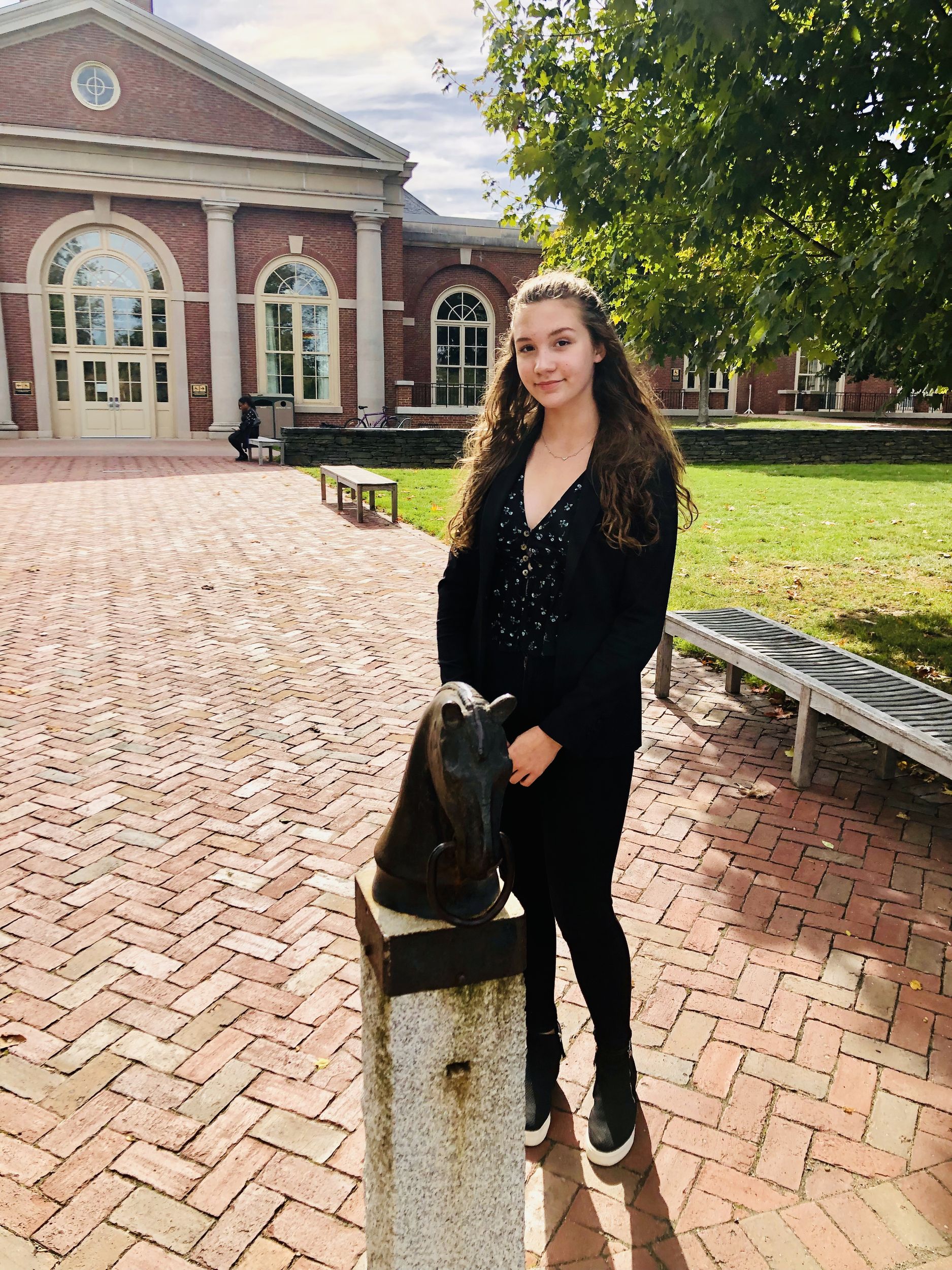 This week’s JV Volleyball Athlete of the Week is Megan Ng.   Megan had a standout game against Williston  where her ability to get to the ball and never give up resulted in some critical points for our team.  She continued this level of play against St. Paul’s this past Saturday helping her team to a 3-1 Win.  As a new player on the team Megan continues to impress us all with her commitment to improving her skills and with her positive attitude.   Thanks Megan!

Kaitlyn is new to the JV field hockey team this season, and she has proved herself to be a valuable contributor.  During practices, Kaitlyn maintains focus and has been flexible in playing both on the forward line and learning to play in the midfield as well.  In the past several games, she has shown incredible intensity and effort, running hard as the ball moves up and down the field with few breaks.  At St. Paul’s this past Saturday, Kaitlyn seemed to be in the right place in the right time throughout the game, hustling to the ball, executing excellently timed passes to her forwards.  She joined them in the circle over and over again, putting herself in perfect scoring position, pressuring the goalie with rebound after rebound.  Additionally, her tackles were clean and she contributed equally to the support of the defense as St. Paul’s put significant pressure on attack.  Many of her teammates echoed what we witnessed from the sidelines about Kaitlyn’s play with shout-outs praising her determination and her wise and skillful play.  We would like to nominate Kaitlyn for her tough work ethic, and for the significant and consistent contributions she made on the field this week and throughout the season thus far.

Samantha is a key defensive player on the team, excelling as a sweep with her steady stick, strong game sense and fearlessness in the face of an aggressive offense.  Samantha is quick to understand the way an offensive play is likely to unfold, and we have found her again and again in just the right spot to defend her turf and support her team.  We are lucky to have her with us this season!