For three years, Imani Goodridge ’17 has carried on Deerfield’s long commitment to encouraging girls to wrestle. Working with the lightweights, she became an excellent practice partner and technician. Imani also handled the conditioning demands with aplomb. She won two of her three varsity exhibitions by pin.

Facing a short-handed Williston varsity team, many of the girls at the bottom of our ladder were asked to play several spots up. For Sophia, typically #12 on our JV team, this meant playing Williston’s #7 varsity player. Despite this tough challenge, Sophia played simple, yet gritty squash, defeating her opponent in three tight games. Performance like these showcase the depth of our squad!

GV Hockey Athlete of the Week is Brenna Hoar. In a week with no game, the team engaged in our annual “mini game day,” a fierce competition that pits teammates against each other. In an epic battle, it all came down to the final event, a shootout. With the score tied, and one shooter remaining, Brenna calmly went down the ice and sniped top shelf, winning the day for her team.

Our Athlete of the Week is Felicia Renelus. Against a tough opponent in KUA, Felicia was tasked with guarding their best player. Felicia contested the ACC-bound guard’s shots and fought hard on the boards, finishing in double-digits with 10. Despite losing the game, we are proud of the battle Felicia fought out on the court. We can always count on our senior tri-captain on both ends of the floor! 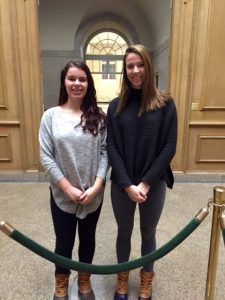 Rachel Shuman ’17 is our athlete of the week. Rachel has been a pillar of consistency this season for her teammates and coaches. We can all count on her to make smart decisions under pressure, and her ability to communicate, see the floor, and take open shots without hesitation have made her an offensive threat. Rachel’s focus in practice is unmatched, and her dedication pays off, as she improves greatly from game to game. She serves as a wonderful source of maturity on a young team, providing leadership and modeling how to be a calm, collected, gracious athlete, no matter what the scoreboard says. We all appreciate Rachel’s presence and the great contributions she makes to a competitive, serious team this season, and we will miss her next year! Thank you, Rachel!

For consistent effort in practice and staying positive through the toughest of workouts. 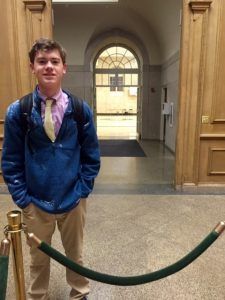 Sam stepped in to a starting role the last couple of games, as our squad wrestled with a slew of sickness and injury.  He met this challenge with calm, steady play at the point guard position, acquitting himself particularly well in our game against Williston where he emerged as the team’s high scorer.