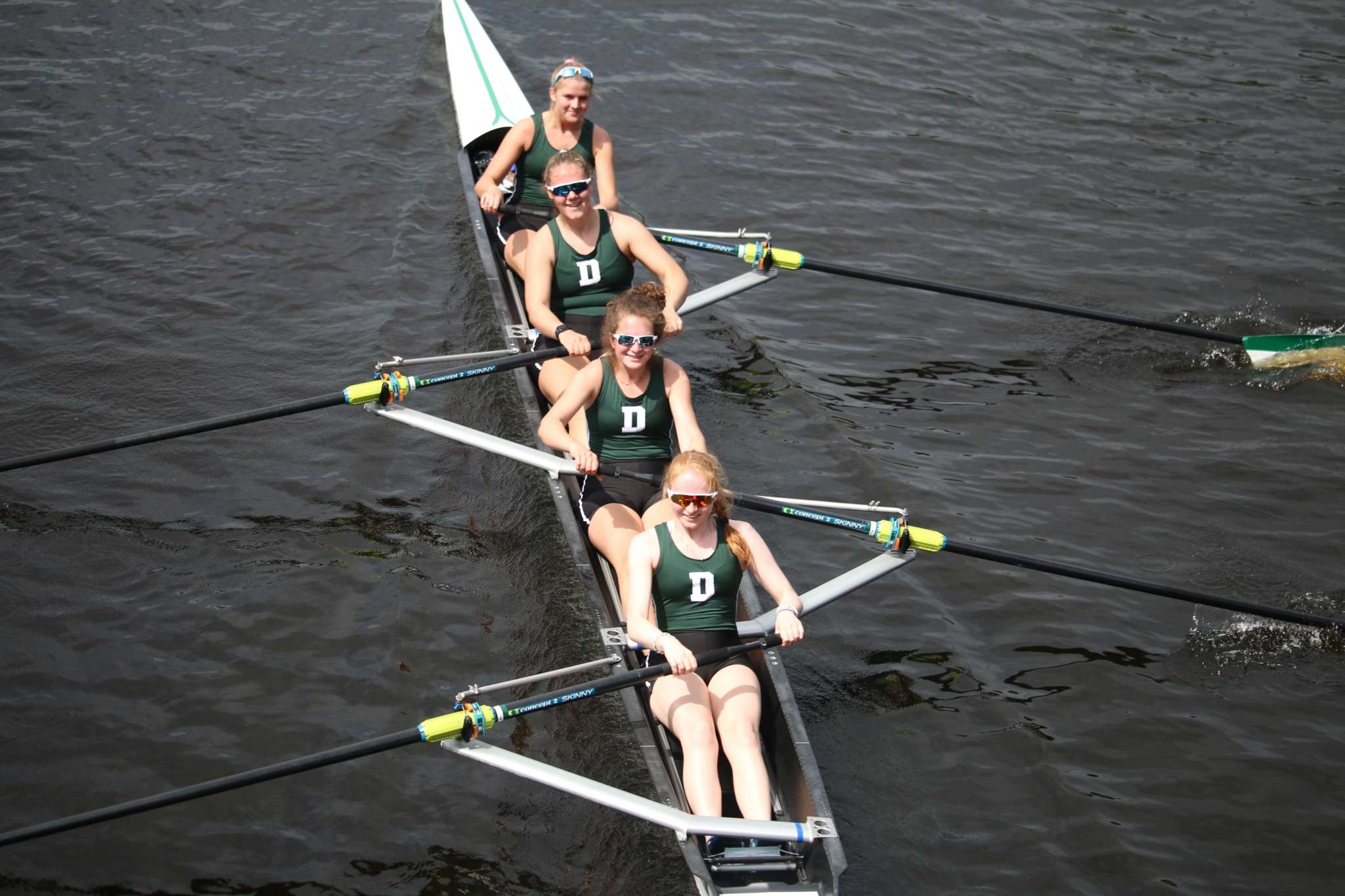 GG: What’s your story with sports?
CC: Growing up, I played pretty much any sport you can imagine. I tried and quit a lot of them, and basketball was the sport that really stuck around for about ten years. I just finished my last season here at Deerfield. I played it at school and on travel teams, and it is a sport that I keep coming back to. Then, in eighth grade, when I was looking at Deerfield, my parents were asking me whether rowing was something that I wanted to do. My parents rowed in college at UC San Diego, my older brother rows at MIT and he rowed in high school. During my boarding school search, I knew I wanted to go somewhere that had both basketball and rowing. When I’ve been here, I played JV volleyball freshman fall, and played basketball, and rowed on varsity for all four years.

GG: How do you balance your time between rowing and school?
CC: In my underclassman years, I was undecided whether I wanted to row or play basketball. I kind of knew in the back of my head that there would be more opportunities for rowing, but I wasn’t sure until the spring of my sophomore year. That was when I switched my focus on sports more towards rowing. Between school and those two sports, it was something that I had to learn a figure out how to balance. I had two older brothers who had to go through the same thing in high school, so I have those two role models to look up to and figure out how to spend my time. Also, in junior year, I lived with Sydney Bluestein ’21, and she was this huge role model. We both knew that we wanted to play sports in high academic colleges. We did everything together, and junior year was when we really balanced good grades and improvement in sports.

GG: What is your way to keep pushing yourself?
CC: I went to a summer camp between sophomore and junior year called Row West Racing Camp. As part of their program, they have this mental toughness training, and the coaches do a couple of seminars on it. One thing he taught was something he learned from Navy Seals camp, where you come up with these mottos that you bring up whenever you feel challenged. One of the mottos that I think a lot about is “Not dead, can’t quit.”, so no matter what, you have to keep pushing. Another one is “Pain is temporary, pride is forever.”, and this applies both when you’re in the depth of a race and a late-night when you’re trying to wrap up your homework and deciding on whether or not to lift tomorrow morning. Also, I have had injuries during high school. I had a concussion during basketball season, and I couldn’t play until the last games. I never had to sit out for a very long time, but injury is something that I find myself thinking about a lot. It makes me realize how lucky I am to be able to keep playing.

GG: What are some of your goals going into college?
CC: After graduation in the spring, I’m taking a gap year next year, and I’m committed to row in college. During that gap year, I will spend some time rowing in the US and internationally, and I’m really excited about that. Because of COVID, there hasn’t been a big amount of closure on my high school rowing career. One thing that I have been grappling with is how to feel that accomplishment, and a goal moving forward is to have some cool racing experiences, and I think I’ll have the chance to do that in the gap year. Also, when I do get to college, I want to be able to contribute on day one.

GG: What is one moment with this team so far that you loved?
CC: Last weekend, we got to race on the Charles River in Boston against Winsor School. That was the first time for me and my boat to race on the Charles. It is always this quintessential experience to race on the Charles River. Boston is a big rowing city, and the river flows right through there, so that was a long-time goal of mine achieved to row on the Charles. During our race, we raced Winsor’s first boat, which, in our last New England’s two years ago, was very competitive. They are always a team that is up there in the top rankings of schools. We end up beating them in the race by 7 seconds, which is a big margin, and that was a big moment for us in a year that did not have closure nor championship racing. That was a moment of joy to beat Winsor and say “we did it”. Our boat was only together for three weeks due to the nature of the season, but there is so much connection in my boat, and that is a very nice moment to feel like we went all in. It was the last Deerfield race for me, Katrina, Daisy, and that was a really special moment. Also, on a bigger scale, we have a team room at the boathouse, where there are all the different college shirts and banners from where the rowers in the past have gone. Being able to go back there and spend time with the team has also been a highlight of my time here. 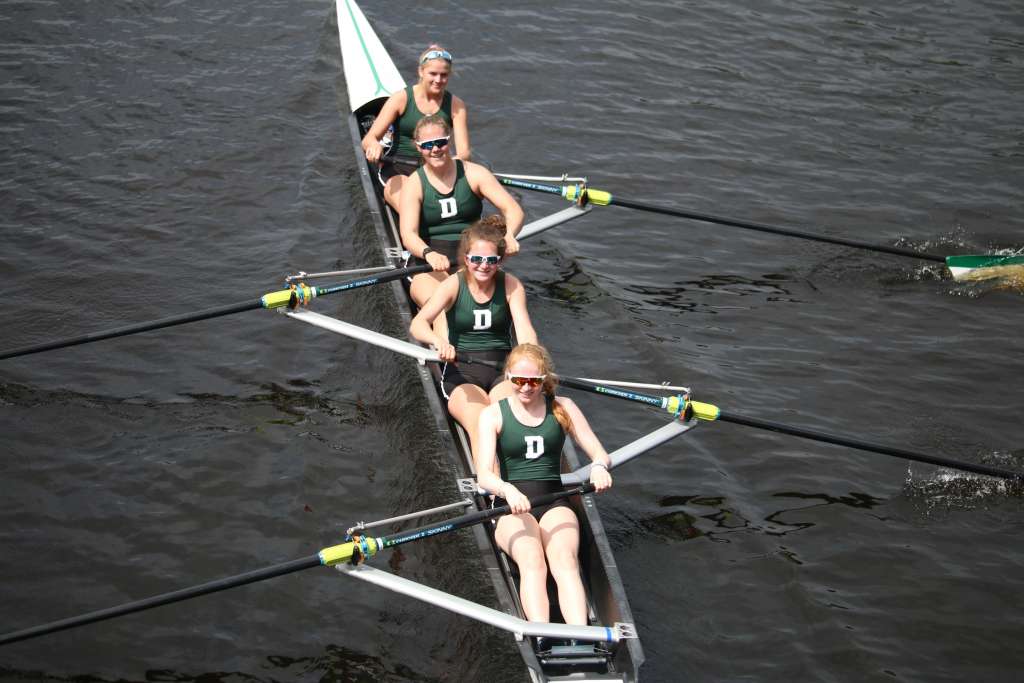