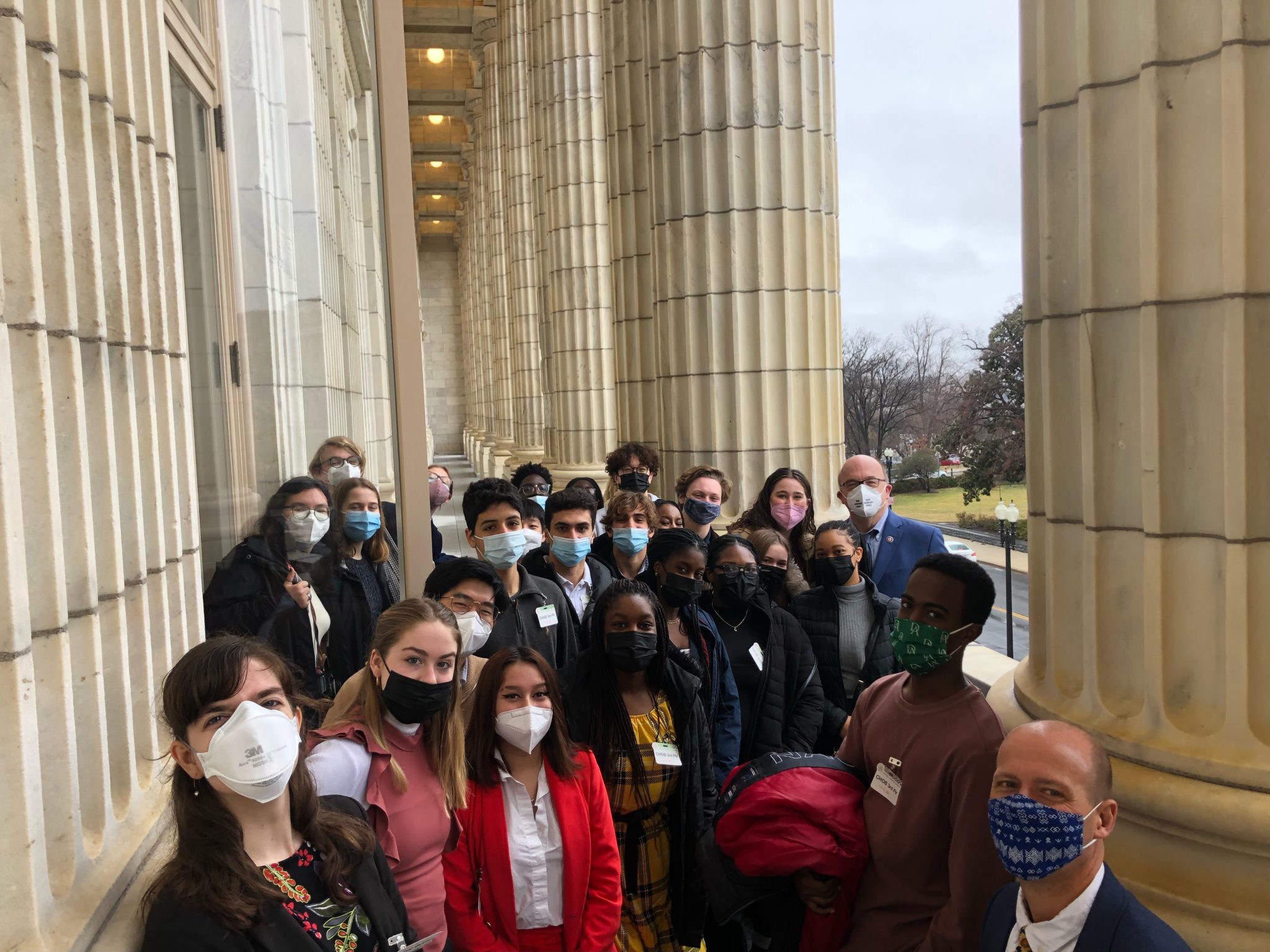 Erriel Simon ’24 and Chamari Williams ’24, share an “exciting and informative meeting with Representative Jim McGovern (D – MA) at the House of Representatives.”

Our day started with a delicious breakfast with our beautiful peers followed by an exciting and informative meeting with Representative Jim McGovern (D – MA) at the House of Representatives. Upon entering the building and getting the thumbs up from security, we were guided by a Phillips Exeter alumni up two flights of beautiful marble and gold stairs to Rep. McGovern’s impressively decorated office. After a brief introduction, Rep. McGovern turned the floor to us to make sure he was able to answer all of our questions. We commenced a round of questions, where we learned much about Rep. McGovern’s responsibilities, including –

We truly admired how he emphasized his steady participation in Massachusetts despite working in Washington D.C.. Rep. McGovern thought that it was crucial to still be an asset to his community by staying active and updated on the citizen’s wants and needs. For example, he participates in a 43-mile walk across Massachusetts to bring awareness of food insecurity and to help local families.

Something that Rep. McGovern said that really stuck with us was the importance of truth and actively affirming it. Growing up in Worcester, MA, Rep. McGovern referred to a Dunkin’ Donuts he frequents where he often engages in conversation with a group of old men “trying to fix the world”. In the recurring scenarios where people are talking about politics, news, and all things, he said that we should take the responsibility to correct something that we know is factually incorrect. We also took an interest in how he said that although not everyone might agree or want to accept the facts, it’s good that the truth will be heard and there is been an attempt to keep the truth alive.

One of the best parts of our visit was towards the end when Rep. McGovern offered us a tour of his office. Some things were what you could expect in a politician’s office: it was clean, there was an American flag, a dark brown wood theme, and a big comfortable-looking leather chair behind a sturdy desk. But the velour-like carpet, coordinated with the color of the walls, was a deep blue between cobalt and navy. Each of the many frames that adorned the walls of the office displayed a significant story, achievement, and/or event that Rep. McGovern spoke about with joy, honor, and pride.

As we wrapped up our session Rep. McGovern invited us out to his stunning balcony to take pictures. The balcony overlooked The Capitol building – it was breathtaking! As students gathered on the balcony with Rep. McGovern we took pictures of the Capitol, the view from the balcony, Rep. McGovern, and we were lucky enough to even get a picture with all three! After some time we all gathered for one big photo and continued on to say our goodbye. Overall, we think everyone can say our experience with Rep. McGovern as a success.

Meeting Representative Lee Zeldin and learning about his role in Congress, as well as his military experience, encapsulated his diverging experiences and views in the political space. What stood out the most to me in his talk is his continuous efforts to try and serve the needs of the people and be true to his values, ​regardless of the Republican Party affiliation. Although he disagreed with what the Democrats and some of what his fellow Republicans believed, he stated that he respected what they believed and stood for, making it acceptable to disagree and have good conversations.

I learned that it is okay to disagree with my classmates, peers, and the people surrounding me on issues that we care about and shape different parts of identities. However, that does not mean discrediting and disapproving of their positions on what they have to offer, as all of our contributions are equally important. As Mr. Zeldin himself expressed, it is also important to keep in mind that regardless of whether you are a Republican, a Democrat, a Conservative, or a Liberal, our priority should be focusing on our responsibilities, which are to serve the needs and meet the expectations of the population we represent. In doing so, we would be a better America, not divided by the parties we choose to support, but recognized for the work we do to make things happen and bring change. 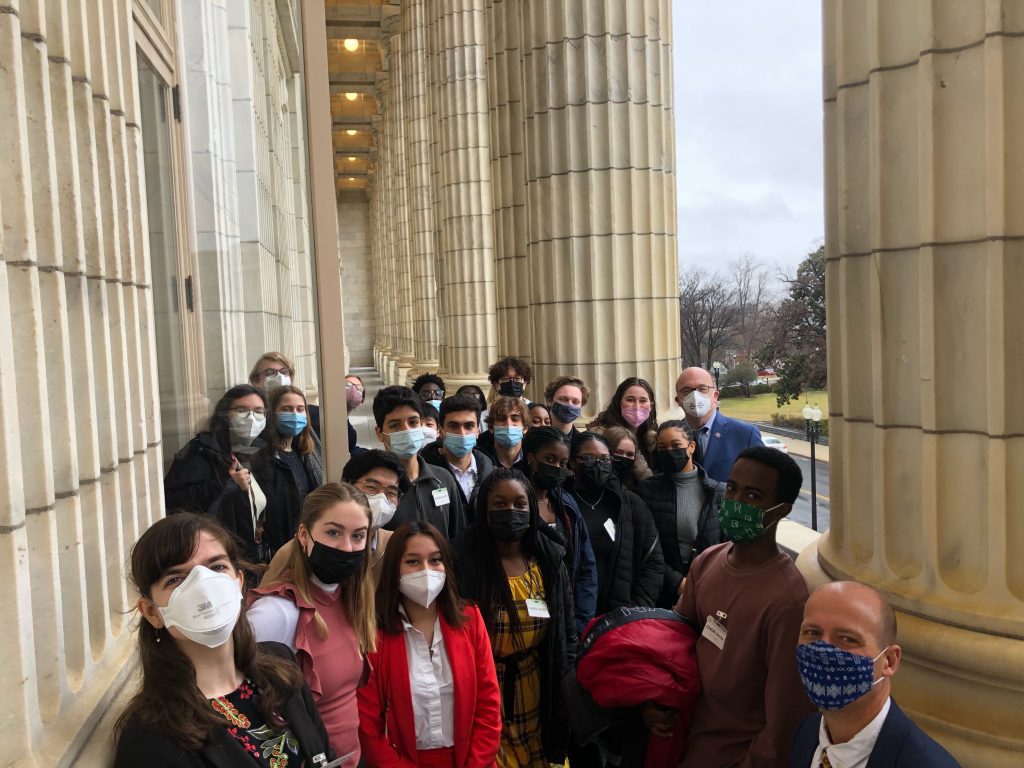