The Bahamas #6: An Endangered Ecosystem 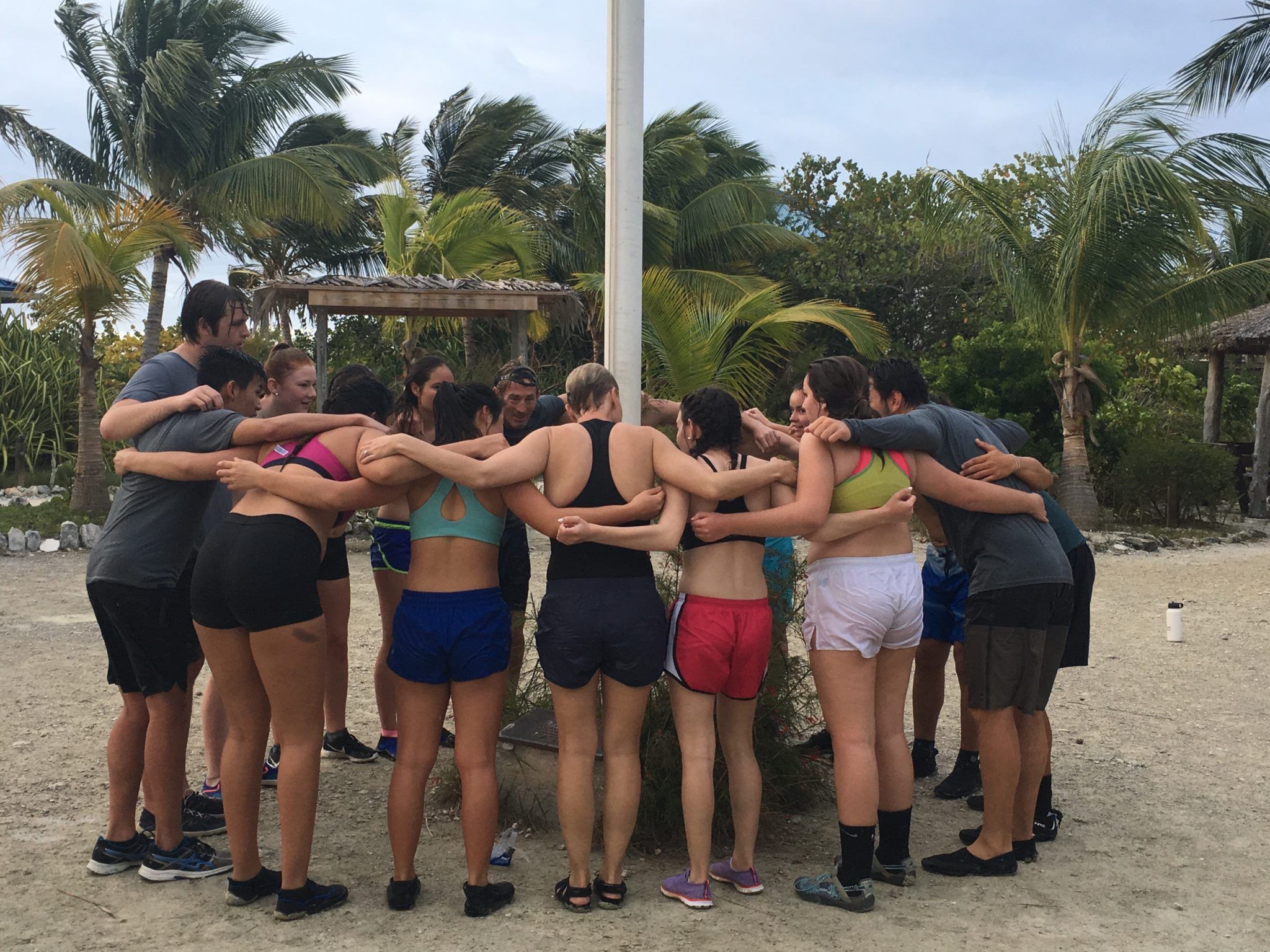 Andy Kim ’21 and Ethan Chen ’20 reflect on the many factors contributing to a declining marine ecosystem.

Another activity that we participated in was a lionfish dissection. Before we got into the actual dissection, we first learned about the lionfish itself. Lionfish are an invasive species here in the Bahamas and in the Caribbean – they are actually native to the Pacific, where they are part of the ecosystem. If they live in the Pacific, how could they have made it all the way to the Bahamas? Scientists hypothesize that it was humans that brought them to this part of the globe. An irresponsible lionfish owner may have gotten tired of its stripes and decided to dump it into the ocean, or an aquarium may have lost a few lionfish through a natural disaster.

Regardless of how they got here, lionfish have become a formidable presence here in the Bahamas. Since being first reported in South Florida in the 1980’s, lionfish have now been spotted all over the Atlantic and below, from the coasts of Bermuda, Brazil, and, of course, the Bahamas. This rapid increase in population was due to a variety of factors. One main factor was that lionfish have a lot of offspring. One female lionfish can produce millions of babies in a year. Another factor is that lionfish do not have a natural predator in the Caribbean. This massive domination by the lionfish has several adverse effects to the ecosystem here off the coast of the Bahamas.

Because there are a lot of lionfish, their prey, juvenile fish, have been decreasing in population. This, in turn, increases the amount of algae on coral, simply due to the fact that there are significantly less juvenile fish to peck at the algae. This blanket of algae over the coral has led to coral reefs slowly dying, which we saw with our own eyes.

The conclusion was that lionfish are destroying this ecosystem. Therefore, it was the ideal fish to catch and dissect. Lionfish are very imposing fish. They have long and pointy needles all around it that eject poison if pressure is felt; they also have stripes going all across its body, which tell predators, even sharks, to stay far away. In the inside, it is even more fascinating. It has a swim bladder, which inflates and deflates to help the fish move in the ocean. It also has a spine going through the back of the fish, which we were told made it hard for lionfish to be prepared to eat.

The lionfish dissection was an eye-opening experience to an invasive species and to fish anatomy as well. My goal is to contribute to decreasing the lionfish population by ordering one when I can! 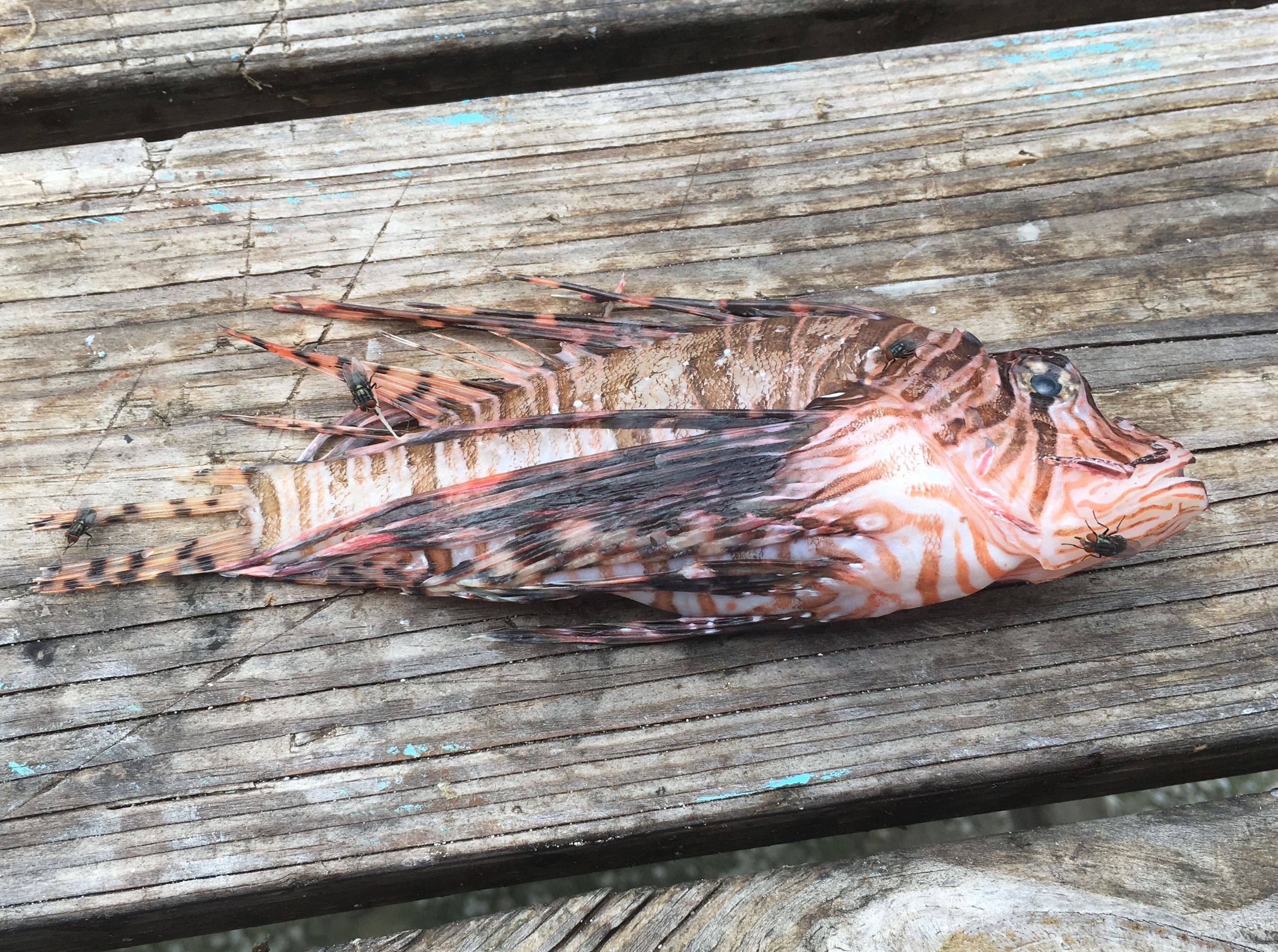 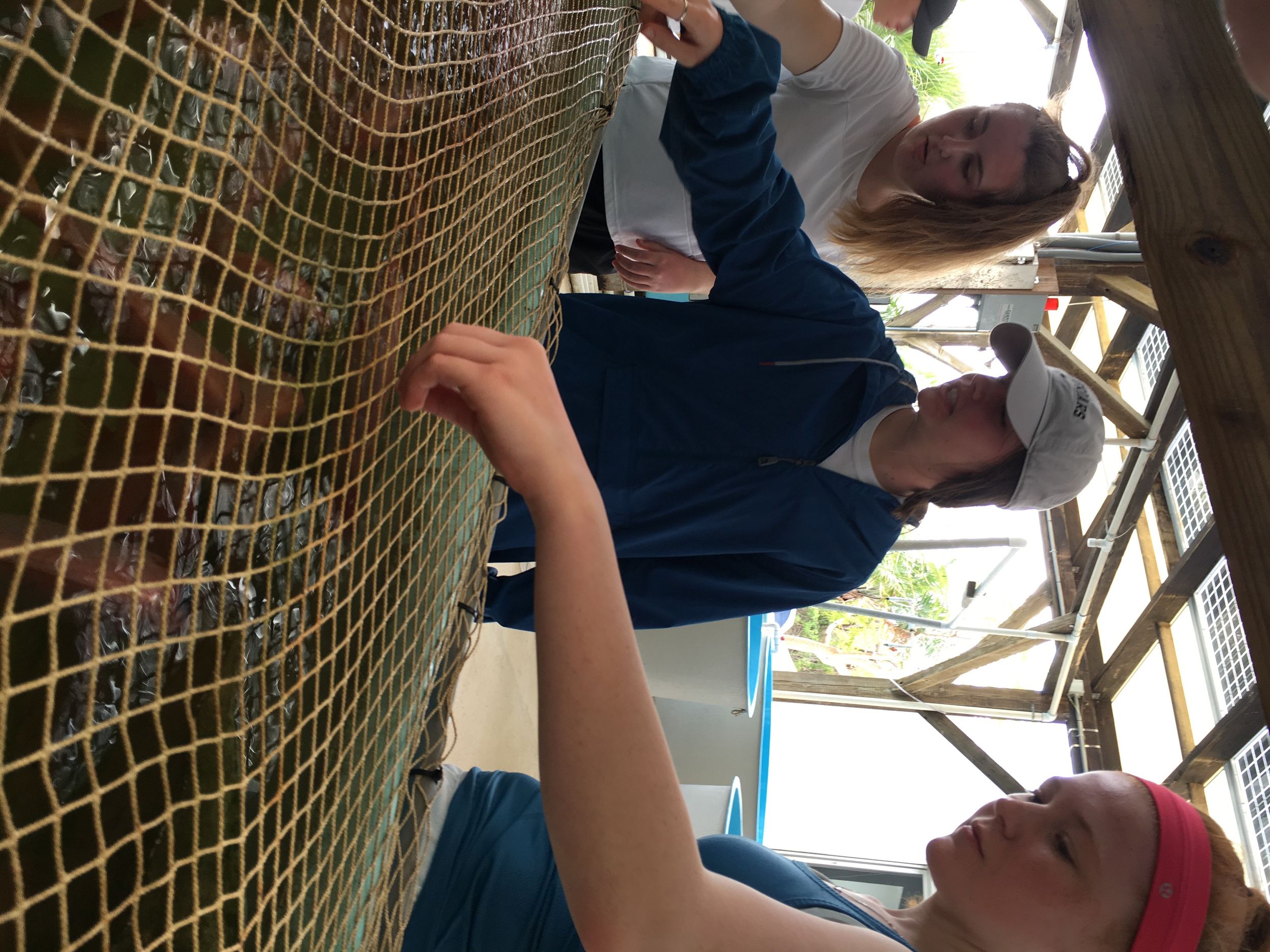 After an exciting run-swim which, believe it or not, consisted of running and swimming, we took the vans to the opposite side of Eleuthera to the Atlantic coastline and the Cotton Bay Beach for our beach-cleanup. Arriving at first, the beach looked fairly clean, as we learned later that two other groups had cleaned that same beach previously, so I did not expect there would be much to do. However, after really opening your eyes to look at what is underneath your feet, you realize just how awful plastic pollution really is. Even after the two other groups cleaned up the shoreline, we still managed to completely fill up two garbage bags and bring back a few larger items that would not fit. I, myself, found around 5 plastic bottles, 2 shoes, a large bucket, and a 20-foot-long nylon rope along the shore. Grabbing this stuff off the sand, I noticed that much of it did not require much force to shatter into pieces. This really made me think, how long has this plastic been here?

We learned in an earlier lecture that plastic can take up to 40 years to decompose, so some of that stuff that we picked up today could have been from the 70’s. As well, this process of plastic decomposing and crumbling into smaller pieces is an equally dangerous part of plastic pollution: microplastic. Sifting through the sand, I was amazed by the amounts of tiny, ant-sized pieces of plastic sitting in the sand, and I found myself sitting in the same place for 10 or 15 minutes and still finding more and more. This microplastic is extremely dangerous for humans and animals alike, and it often finds its way into the stomachs of birds or turtles.

Cleaning up this shoreline was truly an eye-opening experience, and after some time to enjoy ourselves at the beach, we found ourselves back at the Center for Sustainable Development to sort the plastic. It was interesting to note how much of the plastic we were able to recycle, because most of it had been so broken up that the chemical makeup was unknown, most we had to just throw it back into landfill, and this just goes to show how difficult it really is to recycle materials. What really is the purpose of all this plastic in this world, and is it worth the cost to the environment and biodiversity of places like the Bahamas? After this beach cleanup, I am going to be more aware of my own plastic use, limit it, and look towards a better solution for the future. 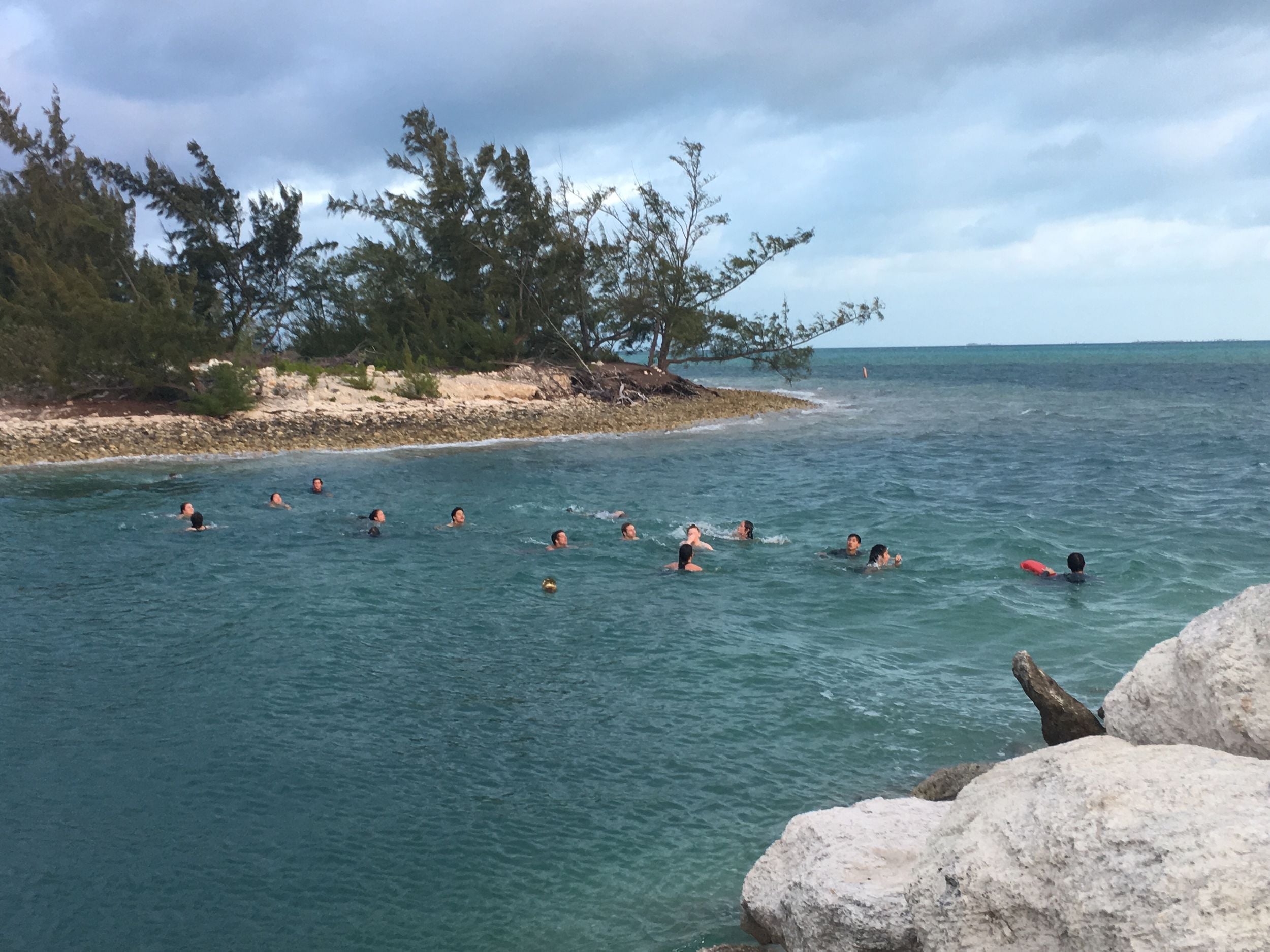 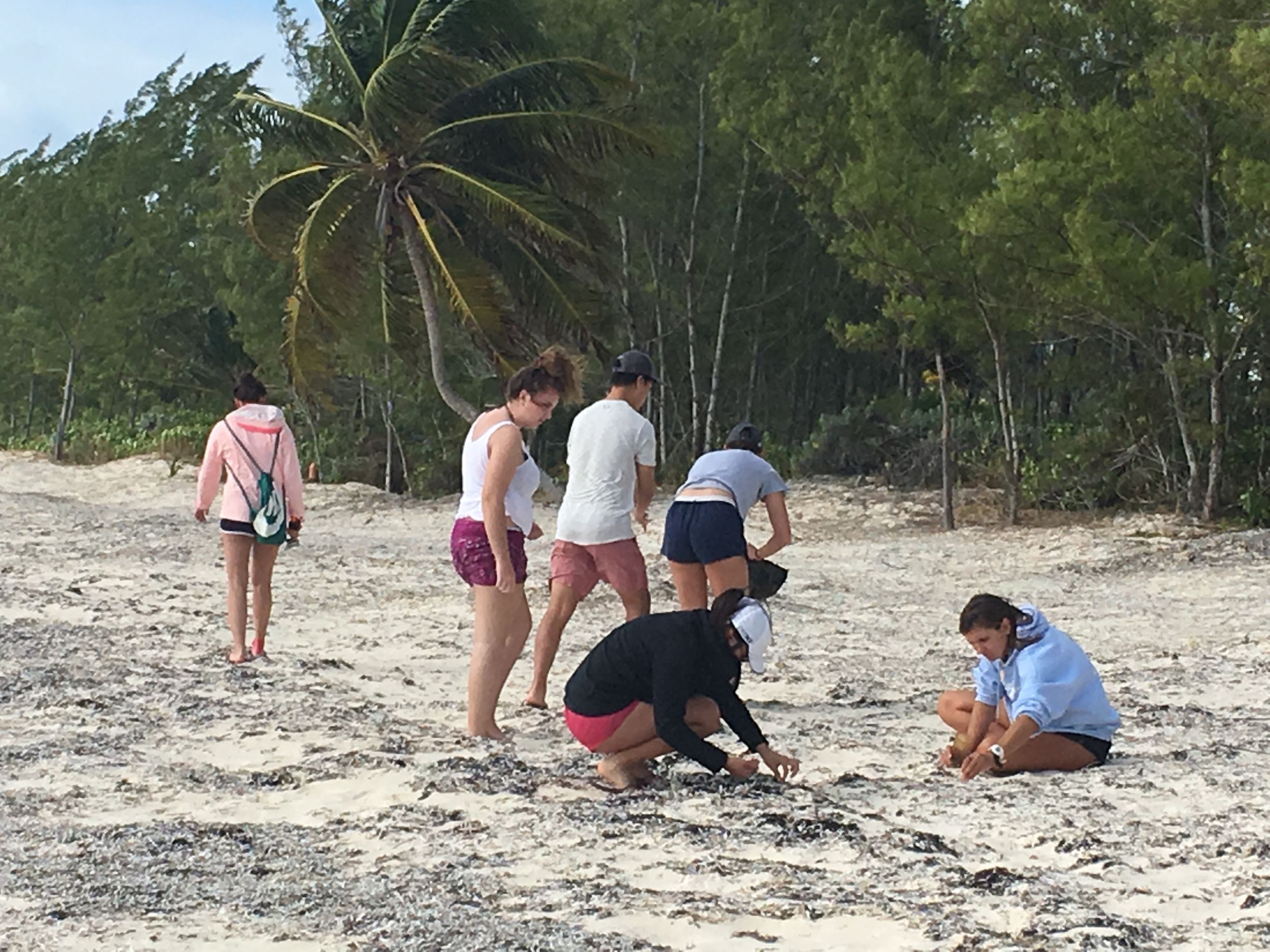 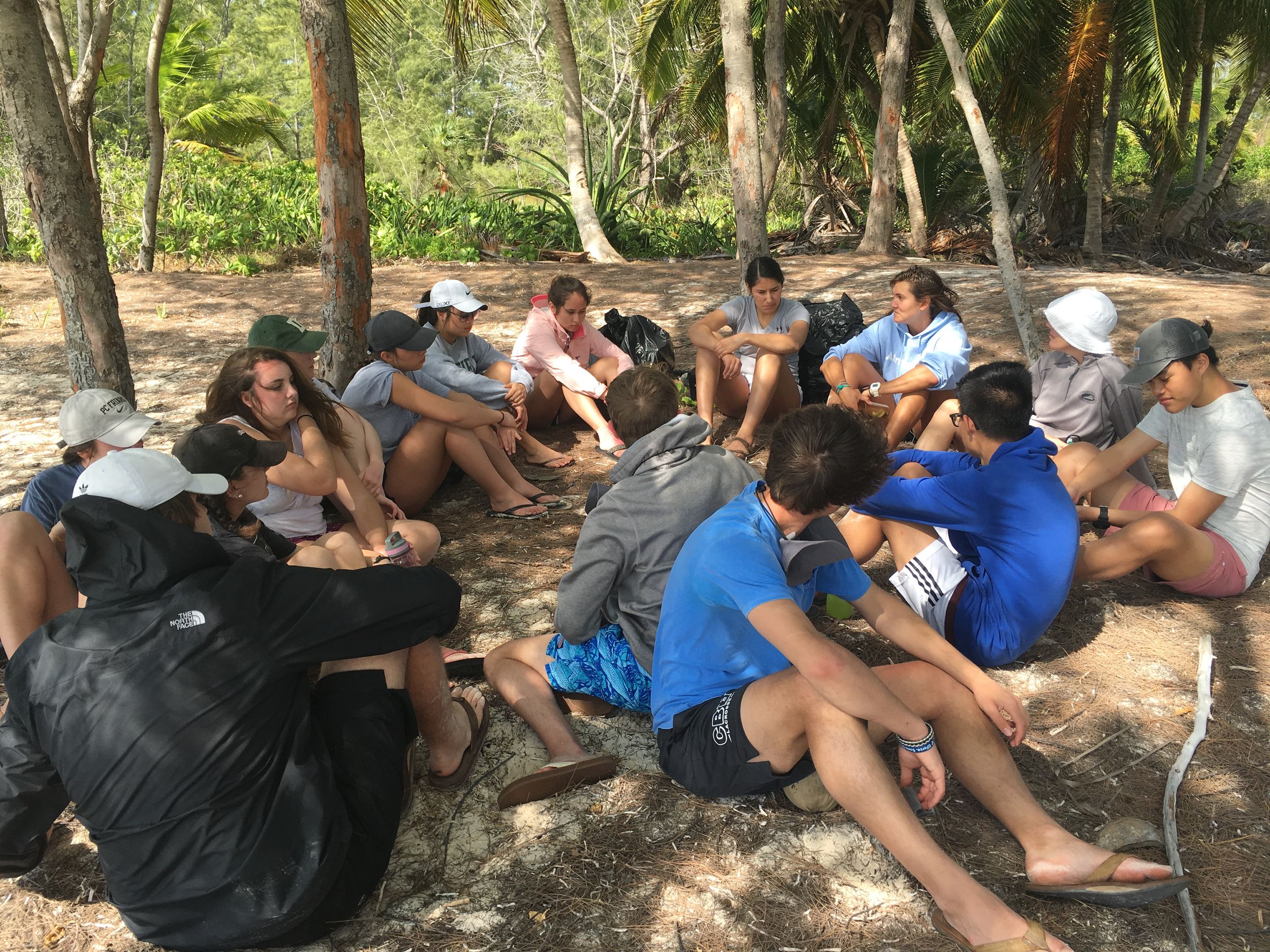 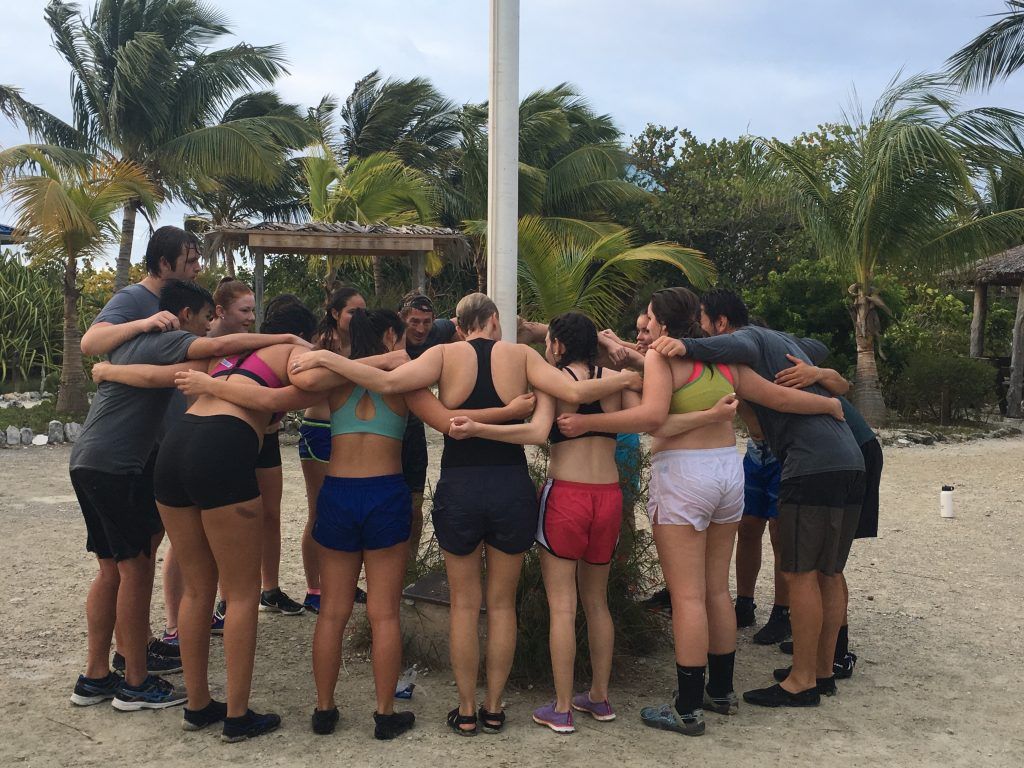